Liang, a politics major from Lynnfield, Massachusetts, will develop arts education opportunities for internal migrants in Beijing. Tyler, a Near Eastern studies major from Rye Brook, New York, aims to prepare disadvantaged youth for employment and promote water sustainability across rural communities in southern Morocco.  Ward, a Woodrow Wilson School of Public and International Affairs major from Atco, New Jersey, will help expand services for children with disabilities in the Cusco region of Peru.

The Labouisse Prize, which awards $30,000 to each recipient, enables graduating seniors to engage in a project that exemplifies the life and work of Henry Richardson Labouisse, a 1926 Princeton graduate who was a diplomat, international public servant and champion for the causes of international justice and international development. The prize was established in 1984 by Labouisse’s daughter and son-in-law, Anne and Martin Peretz. It is administered by the Princeton Institute for International and Regional Studies (PIIRS).

“It is very much in line with the Labouisse Prize’s goals that fellows deeply engage with local host organizations to co-develop an in-country project that builds on and furthers local priorities by offering the energy and skills of a Princeton graduate who in turns learns from the experience of offering a year of service in a less privileged community abroad,” said Emmanuel Kreike, professor of history and chair of the Labouisse selection committee. 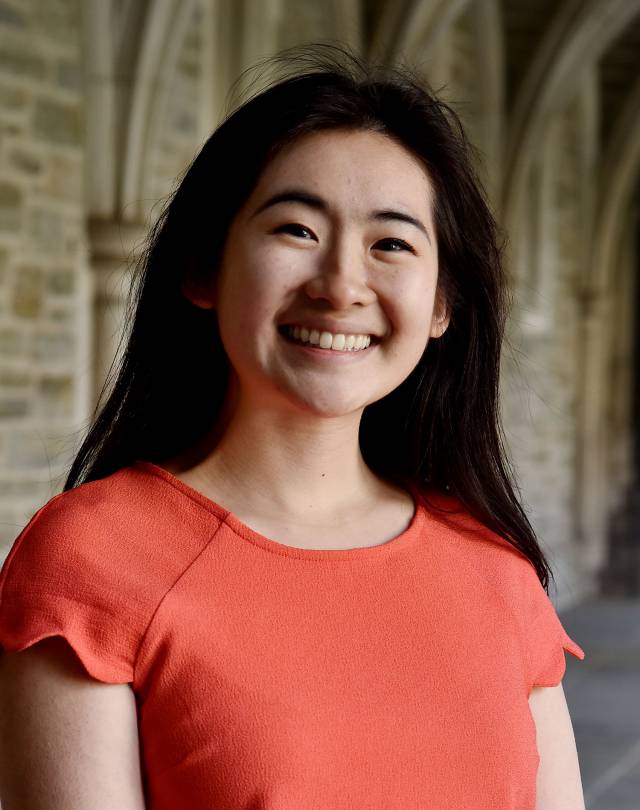 Liang became interested in China’s urban development challenges when she traveled to Beijing, her father’s hometown, in high school.

“I remember being so moved by the jagged gaps left by modernization in China’s capital city that years later, I would write my first junior paper, a prospectus, on something I had witnessed there but never was able to act on,” she said. “I had known that the children running around my grandparents’ alleyway weren’t going to school, but I didn’t know why. And I didn’t know that it was a ‘couldn’t’ rather than a ‘weren’t’ going to school. When I found out that they were the children of migrants from rural lands outside of the city, I immediately became concerned with the educational opportunities — or lack thereof — available to them.”

Liang will work with New Citizens Program, a nonprofit organization focused on educational accessibility of migrant workers’ children in Beijing. As the organization’s communications officer, Liang will aid in development, research and communications projects, as well hold English, creative writing and visual arts workshops for the children.

“She will use her internship at New Citizens Program to learn more about educational opportunities for internal migrants in China,” Holland said. “She will learn about the daily challenges of running an NGO, and particularly one that works on a sensitive issue like internal migration in China.

“The second piece of Lavinia’s proposal is to work to integrate arts education into the activities offered by the New Citizens Program. Lavinia believes that arts education is a central part of exploring issues of identity. … [The] Labouisse will give Lavinia an incredible opportunity to understand what is possible through civil activism in China, and more specifically arts education.”

Liang is also pursuing a certificate in creative writing. In addition, she has served as social chair for the Undergraduate Student Government, a Community Action orientation leader, an Orange Key tour guide and a member of the Songline Slam Poetry team. 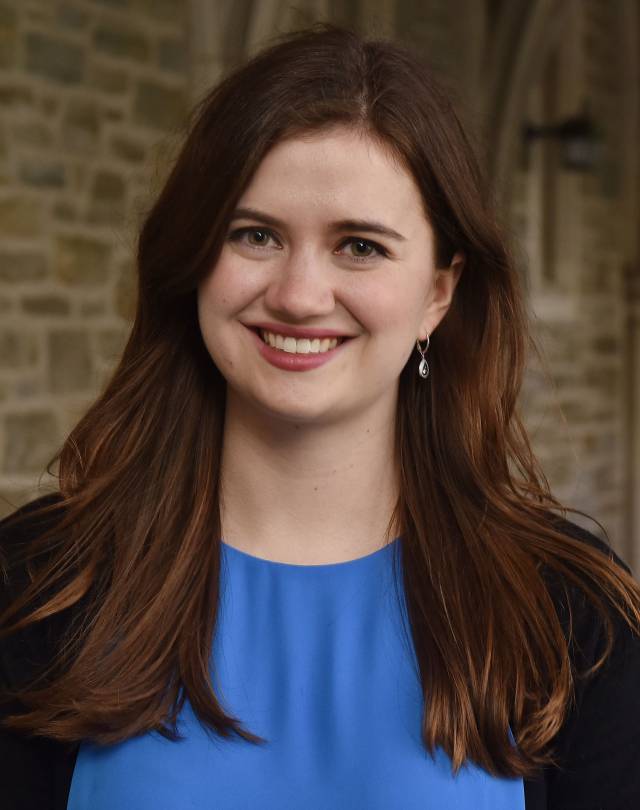 Tyler’s interest in Morocco, where she plans to spend her fellowship year, was sparked as a teenager.

“When I was 17 years old, I was awarded a National Security Language Initiative for Youth (NSLI-Y) Scholarship from the U.S. Department of State to study a new language, Arabic, in Morocco for the summer of 2013,” she said.

“However, while I was studying Arabic in Morocco, I realized that I was more interested in how communication skills enabled me to learn more about a different culture and work for community impact,” said Tyler. “I lived with a host family for six weeks and studied the history and culture of Morocco alongside Arabic.

Tyler intends to work with Dar Si Hamad, an organization that works to alleviate poverty, empower youth and promote sustainability. She will be expanding the RISE program, which prepares disadvantaged youth for employment, and the Water School program, which teaches sustainability across rural communities in southern Morocco.

“I am well aware that [Katie] has a real commitment to making the world a better place, whether in her home country or overseas; I keep being surprised by the new things I learn about her activities, and what I know is enough to indicate that she could be a very effective presence in an NGO working among disadvantaged youth in Morocco,” said Michael Cook, the Class of 1943 University Professor of Near Eastern Studies. Cook has taught Tyler, as well as advised her senior thesis.

In addition to many activities at Princeton, Tyler is pursuing a certificate in Arabic. She was awarded Shapiro Prize for Academic Excellence in 2016 and the F.O. Kelsey Prize for Best Junior Paper for “The 1960 Agadir Earthquake: A Case Study of Disappearing Jewish Communities in Morocco,” which was featured in the spring edition of “The Princeton Historical Review.” 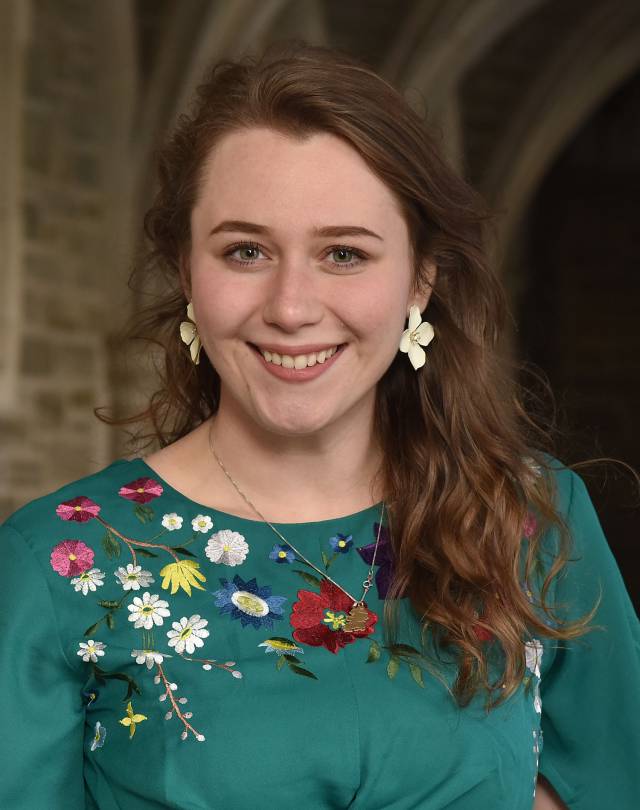 Ward’s interest in serving the needs of people with disabilities began when she started volunteering with Camp Fatima of New Jersey when she was 10 years old.

“Over the 10 years that I have volunteered with Camp Fatima, I have developed a genuine passion for connecting with children with disabilities, and the abilities to think creatively, communicate in a variety of ways, and work effectively as part of a team,” Ward said. “Continuing to volunteer with camp throughout my college years, as I have contemplated my future personal ambitions and career goals, has also cemented my desire to work with people with disabilities for the rest of my life.”

“Erika is committed to working in public service and addressing the needs — whether at a policy, legal or programmatic level — of those less fortunate and often marginalized by society,” said Joseph Amon, a visiting lecturer of public and international affairs and Ward’s senior thesis adviser. “Her commitment to addressing the needs of persons with disabilities is long-standing, and her approach to the subject recognizes that policy analysis and legal frameworks only go so far: to have an impact requires being informed, being open and vulnerable, and living and working alongside people affected by disability.”

On campus, Ward serves as president of Princeton Disability Awareness and has coordinated six carnivals that pair children with disabilities and Princeton students for a day of inclusive activities.