The Princeton faculty accepted the nominations for the Faculty Committee on Examinations and Standing at its April 23 meeting. 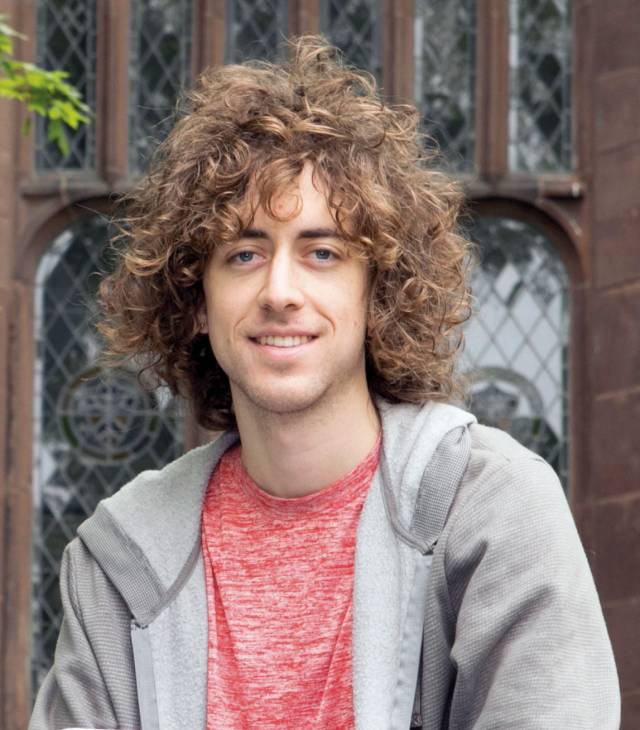 Berlin graduated from Arroyo Grande High School. He participated in Princeton’s Bridge Year Program in Peru before starting his academic program at the University.

Along with his concentration in Spanish and Portuguese, he is pursuing certificates in Latin American studies, creative writing and theater.

His academic honors include the George B. Wood Legacy Junior Prize in 2017, the Freshman First Honor Prize in 2015 and the Shapiro Prize for Academic Excellence in 2014-15.

Berlin spent summer 2015 participating in a PIIRS Global Seminar in Namibia. He also traveled in South America as a Sigmund Scholar through the Program in Latin American Studies, exploring the role the arts play in defining place. In spring 2016, he spent a semester studying in Cuba. In summer 2016, he traveled across Europe on a Dale Summer Award to pursue an independent project focused on melancholy and memory.

Berlin has written two senior thesis projects. One is a collection of multi-genre short stories, focused on the region of Patagonia, combining fiction and cultural history to craft a communitarian, melancholic and ecological reflection on the land and the end of the world. He also worked on bringing the original persona and “renowned scholar” Burl Kylen to Princeton to deliver a lecture titled, "The Last Lecture Before Kingdom Come: A Brief Genealogy of Sunset Studies."

Berlin has been involved in numerous extracurricular activities while a student.

He has served as a residential college adviser at Rockefeller College, on the Pace Council for Civic Values and on the student board of the Community-Based Learning Initiative. He has worked in various capacities with The Trenton Project, making a documentary film about Cristo Rey Church in Trenton and collaborating on new guided tours that explore the history of race and protest in Trenton and Princeton. He directed shows with Theater Intime and sometimes sang with Rise Up Singing. He is involved with Cuties for Social Justice and works to foster an inclusive campus culture. He has been a staff writer for the Nassau Literary Review and has written opinion pieces for The Daily Princetonian student newspaper. He also has participated in the student-led organizations El Centro, Students for Prison Education and Reform, Fuzzy Dice Improv, Human Values Forum, Princeton Debate Panel, Jean Squad, and Beekeeping Club, among others. On occasion, he serves as an Orange Key Tour guide giving campus tours.

In the summer of 2017, he received a Davis Projects for Peace grant to perform interviews and make a community-based documentary theater show in his hometown about the idea of "home." The show drew its name from the unofficial motto of the town, "Nice Town, Normal People," and questions what it means to be "nice" and "normal."

After graduation, he will take this show on the road with the nonprofit he co-founded, Rhizome Theater Company, beginning in East Blue Hill, Maine, where he will perform "Nice Town, Normal People" and help the village make its own interview-based show about what "home" means in these times. He also hopes to train in Theatre of the Oppressed, a type of theater-making originating in Brazil "that aims to use theater as a means of social and political change by actively involving marginalized communities in transforming their reality and undoing acts of oppression," he said. 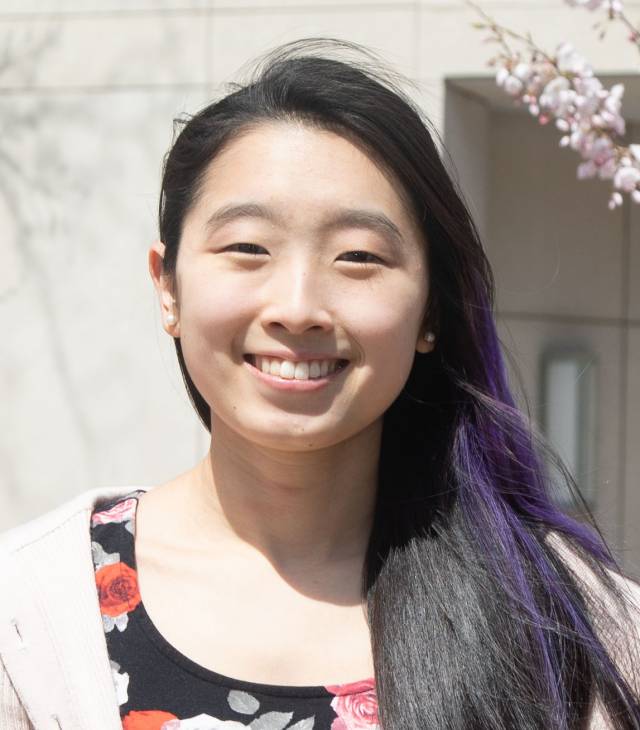 Lim is interested in computer architecture and operating systems — “how to design computer processors and build software to interface with them,” she said. She also has a passion for Latin and the “process of translation.”

A graduate of Sacred Heart Preparatory in Atherton, Lim started studying Latin in middle school. She continued her studies in Latin during her time at Princeton, branching out to new courses like Medieval Latin.

After she graduates, Lim will start a Ph.D. program in computer science at the University of Washington. She received an award from the Seattle chapter of the ARCS Foundation toward her first three years in graduate school, and she also has received a National Science Foundation fellowship that starts next year.

Since her junior year, Lim has worked with the research group of David Wentzlaff, an assistant professor of electrical engineering, contributing to OpenPiton, an open-source hardware framework that users are able to modify to aid their own research.

Last summer, Lim worked as a research intern in the Computer Laboratory of the University of Cambridge in the U.K., working on another open-source hardware project.

She received a Shapiro Prize for Academic Excellence after her first year at Princeton. This past year, she won an Accenture Prize from the Department of Computer Science.

Lim is a member of Mathey College. She participates in the Wilson College knitting circle and volunteers at the Princeton Public Library teaching introductory programming courses.