China has implemented some of the world’s most ambitious policies to protect and restore forests, yet these programs still miss the mark, according to a team of researchers led by Princeton University.

Using satellite imagery and household interviews, the team looked at how government policies affected land use in southwestern China between 2000 and 2015. 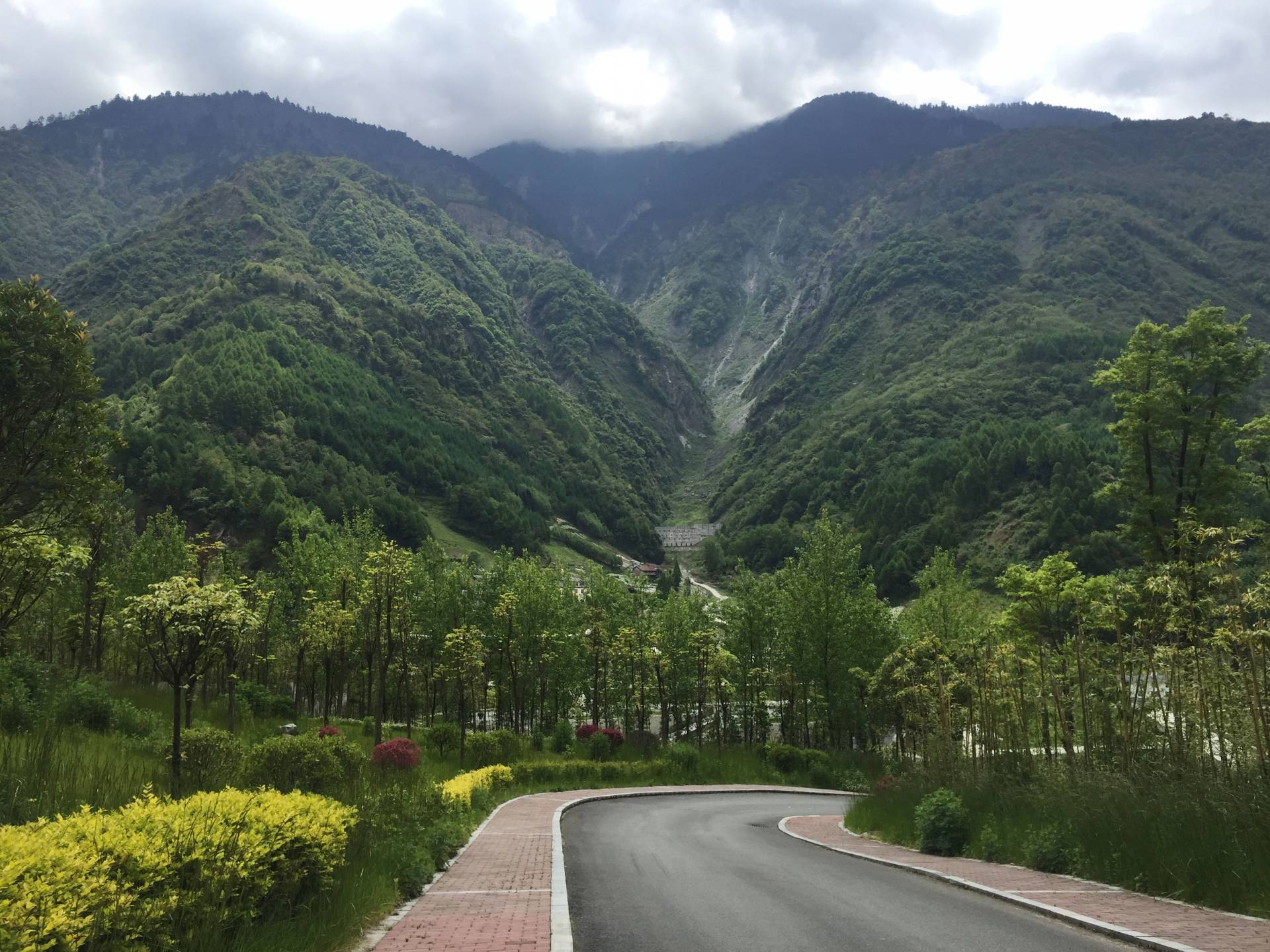 Natural regeneration, which involves leaving the land alone so the native trees can regrow on their own, has so far been neglected in China’s reforestation policies, but it should be encouraged as a legitimate means of forest restoration, according to a team of researchers led by Princeton University. Shown here: Monoculture tree plantations cover the mountain slopes in and around the China Conservation Research Center for the Giant Panda, which is located in the Wolong Nature Reserve. Interestingly, the area is close to remnant native forests, indicating it could have been a perfect location for natural regeneration instead.

Overall tree cover grew by 32 percent, but the increase mostly came from people turning former croplands into tree plantations with monocultures — forests with only one type of tree — which is of little value to wildlife. Likewise, native forests actually decreased by 6 percent because people continued to clear native forests to make way for tree plantations.

Those interviewed said they paid attention to government policies; if a certain type of tree was promoted, they tended to plant that type. Some households simply copied the actions of others in their communities, though this was a small percentage.

The researchers urge the Chinese government to enact policies that more strongly protect existing native forests and facilitate native forest restoration. Natural regeneration, which involves leaving the land alone so the native trees can regrow on their own, has so far been neglected in China’s reforestation policies, but it should be encouraged as a legitimate means of forest restoration, they said. This is particularly important as rural land continues to be freed up from crop production in China, often in areas that would be conducive to natural regrowth.

The findings were published in the journal Biological Conservation.

“This cryptic loss of native forest is driven by government policies and economic forces that encourage the planting of trees but fail to take into account what constitutes a bona fide forest,” said co-author David Wilcove, professor of ecology and evolutionary biology and public affairs and the Princeton Environmental Institute. “While there are situations where natural regeneration does not make sense, the issue here is that it’s never been pursued as a policy prescription for reforestation when, in fact, it could work very well in many areas.”

“Profitability plays a significant role in all of this,” said co-lead author Fangyuan Hua, who conducted the research as a postdoctoral researcher at Princeton, and is now a Newton International Fellow at the Department of Zoology’s Conservation Science Group at the University of Cambridge. “It is clear from our interviews that how much money a household stands to make determines what they’ll do with their land. This really highlights the role that proper incentives can play in encouraging more environmentally friendly uses of land, like protecting and restoring native forests.”

The researchers investigated tree cover across south-central Sichuan Province, an area that was forested in the past, but went through a period of deforestation that lasted into the 1990s. This region has been part of China’s two largest forest conservation programs: the Natural Forest Protection Program, which aims to protect and regenerate forests; and the Grain-for-Green Program, which transforms cropland back to forest. Both programs are expected to last until at least 2020. 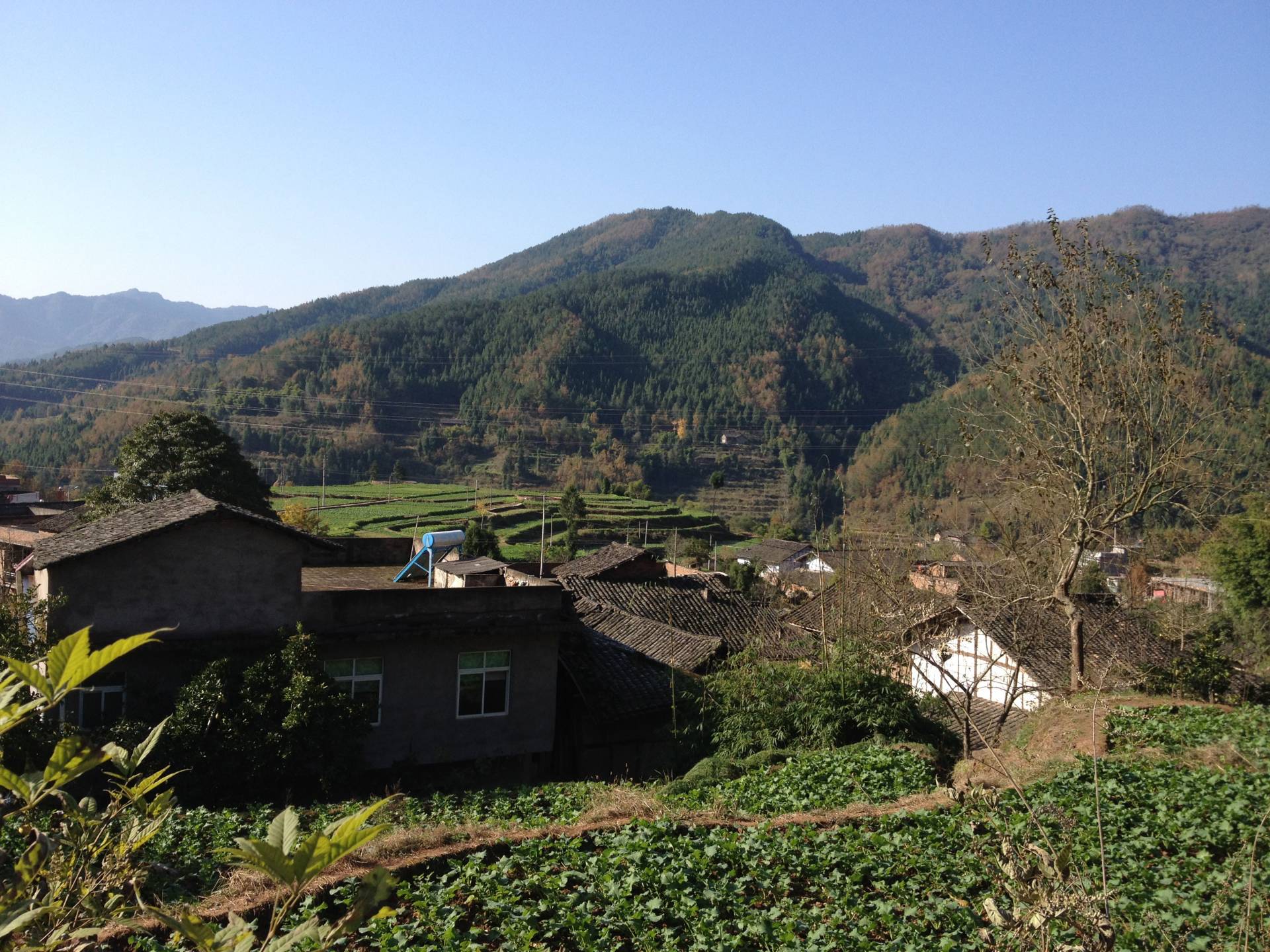 This mountain slope in Sichuan Province underwent conversion from cropland to tree cover under the Grain-for-Green Program. The land is dominated by monoculture plantations, when native forest restoration could have provided more benefits for wildlife.

The Grain-for-Green Program converted more than 69.2 million acres of cropland and scrubland back to forest up until 2013. Yet the program overwhelmingly leads to the planting of monoculture forests, falling far short of restoring native forests and even harming wildlife, according to past research led by Hua while she was at Princeton.

This remains true, according to Hua’s new work, which she co-led with Lin Wang, a research associate at the Chinese Academy of Sciences. The team conducted satellite imagery analysis to identify which types of tree cover had been established across the region.

They also interviewed 166 households involved in the Grain-for-Green Program to understand their choices. Using a combination of multiple-choice and open-ended questions, the team asked residents why they chose to plant a particular tree type, their attitudes about different tree-cover types in terms of environmental benefits, and whether and why they had cleared any native forests.

The households overwhelmingly pointed to the pursuit of profit as a main driver in their decision-making. If they could make money from converting cropland or native forests to plant certain kinds of tree crops, they did. That said, there were some households that didn’t clear native forests. Their reasons were again tied to money: They either couldn’t afford to clear the forests, didn’t have the people to do it, or didn’t want to make a profit out of the land.

Many residents also pointed to government encouragement — on the level of local governments that directly interact with households when it comes to land use — as a strong factor driving their choices. This was true not only for the type of trees planted under the Grain-for-Green Program, but also to the clearing of native forests for establishing new tree plantations. 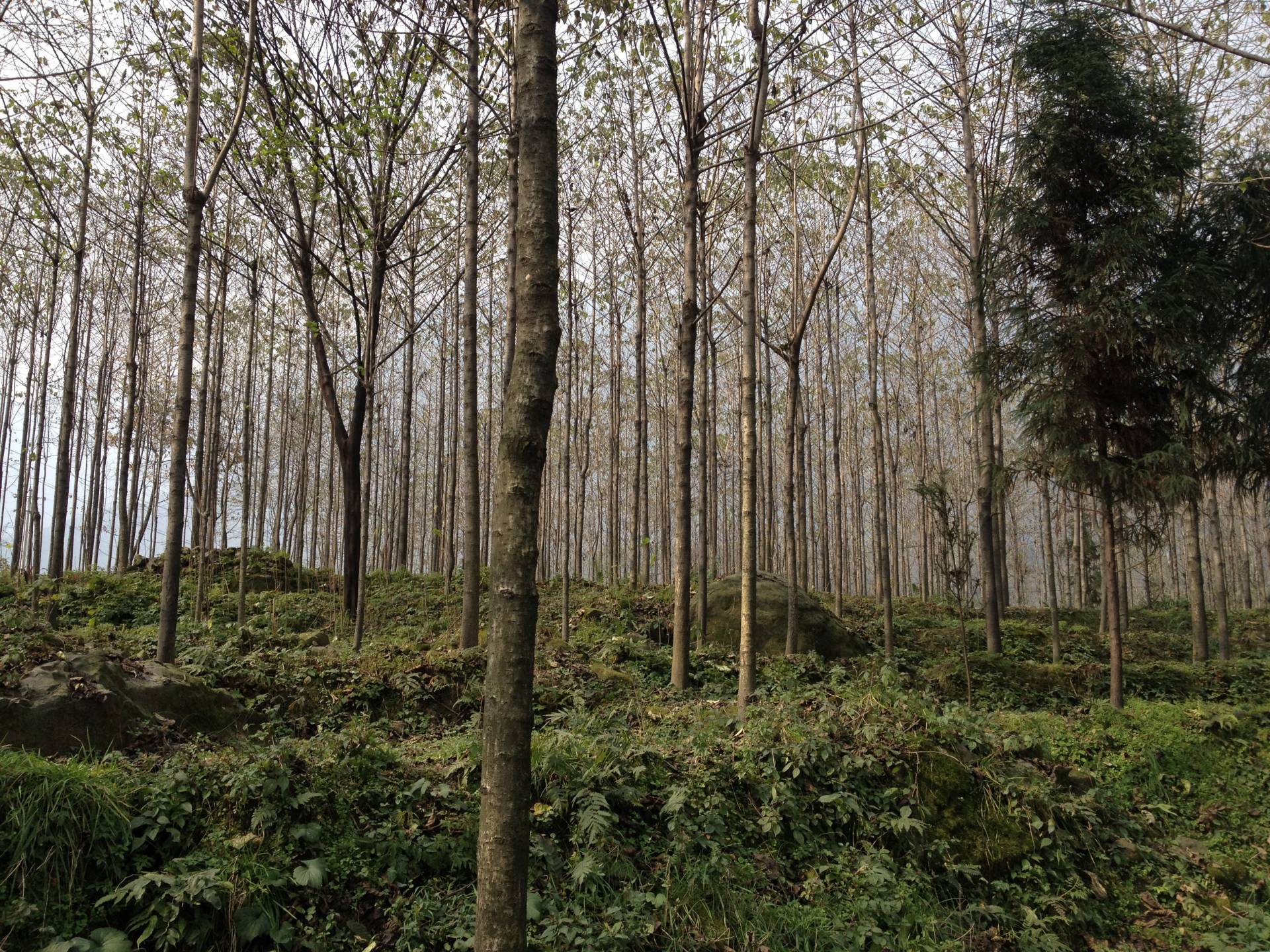 This poplar plantation is an example of monoculture tree cover in Sichuan Province. Again, planting only one tree type provides little value to wildlife.

Hua and Wang suggested the Chinese government devise more robust mechanisms to protect native forests and encourage native forest restoration, including natural regeneration. Of course, natural regeneration takes time, and that unknown time trajectory could be one of the main reasons why reforestation programs opt for active tree planting instead. Nevertheless, the findings provide several insights on how policies could be steered to achieve better environmental gains for the region.

The paper, “Tree plantations displacing native forests: The nature and drivers of apparent forest recovery on former croplands in Southwestern China from 2000 to 2015,” first appeared online April 10 in Biological Conservation.