Princeton historian Angela Creager has received the American Philosophical Society’s 2018 Patrick Suppes Prize in the History of Science for her book “Life Atomic: A History of Radioisotopes in Science and Medicine.” 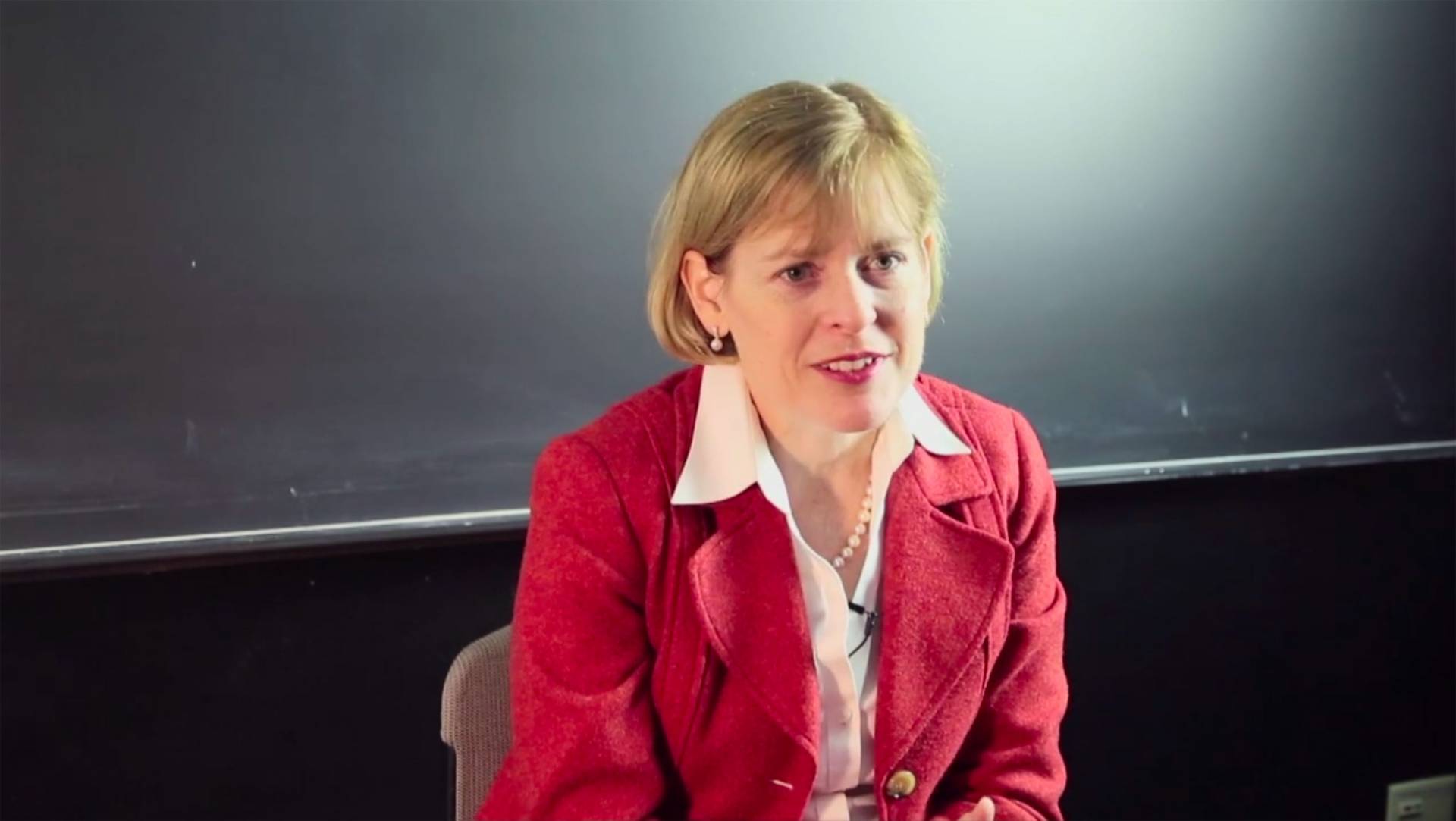 Creager is the Thomas M. Siebel Professor in the History of Science and professor of history and director of the Shelby Cullom Davis Center for Historical Studies. She joined the Princeton faculty in 1994 and teaches undergraduate and graduate courses on the history of science, the history of biology, gender and science, and technology and science.

“Life Atomic” was published in 2013. Creager discusses her book on atomic research in this 2014 Princeton video. 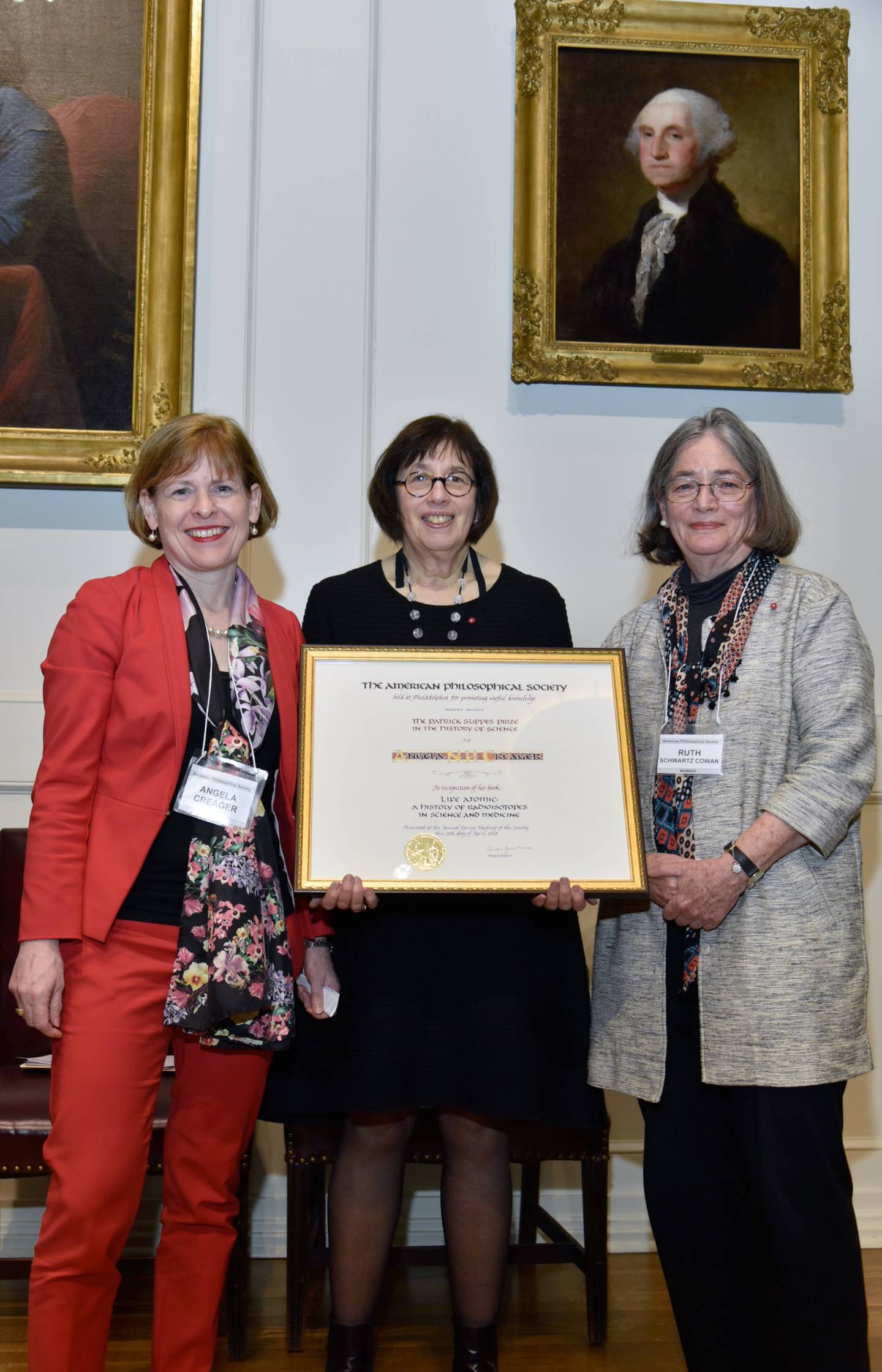 At the awards ceremony on April 27 are, from left: Creager; Linda Greenhouse, president of the American Philosophical Society; and Ruth Schwartz Cowan, chair of the prize committee.

The APS prize announcement noted: “The book is an original and masterful contribution to the growing scholarship on how sciences are shaped by the development and deployment of new instruments. Breathtaking in scope, the book shows how — in the second half of the twentieth century — radioisotopes came to suffuse and transform research in fields ranging from the experimental life sciences (biochemistry and molecular biology) to the observational aspects of ecology and to both the diagnostic and the therapeutic aspects of bio-medicine.

“Creager also demonstrates that since radioisotopes were overwhelmingly produced in the laboratories of the Atomic Energy Commission, the radioisotope revolution was to a large extent a product of the Cold War and of the varying political agenda of the Commission. Creager evenhandedly illuminates how radioisotopes thus served, at one and the same time, as sword, that is to develop the nation’s nuclear arsenal and as plowshare, that is, to expand its ability to make new scientific and clinical discoveries.”

The Patrick Suppes Prize honors accomplishments in three scholarly fields, with the prize rotating each year between philosophy of science, psychology or neuroscience, and history of science. The history of science prize is awarded for an outstanding book in history of science appearing within the preceding six years. The works considered for the prize are restricted to those that emphasize detailed analysis of important systematic findings in any branch of science, ancient or modern, using quantitative and mathematical methods.