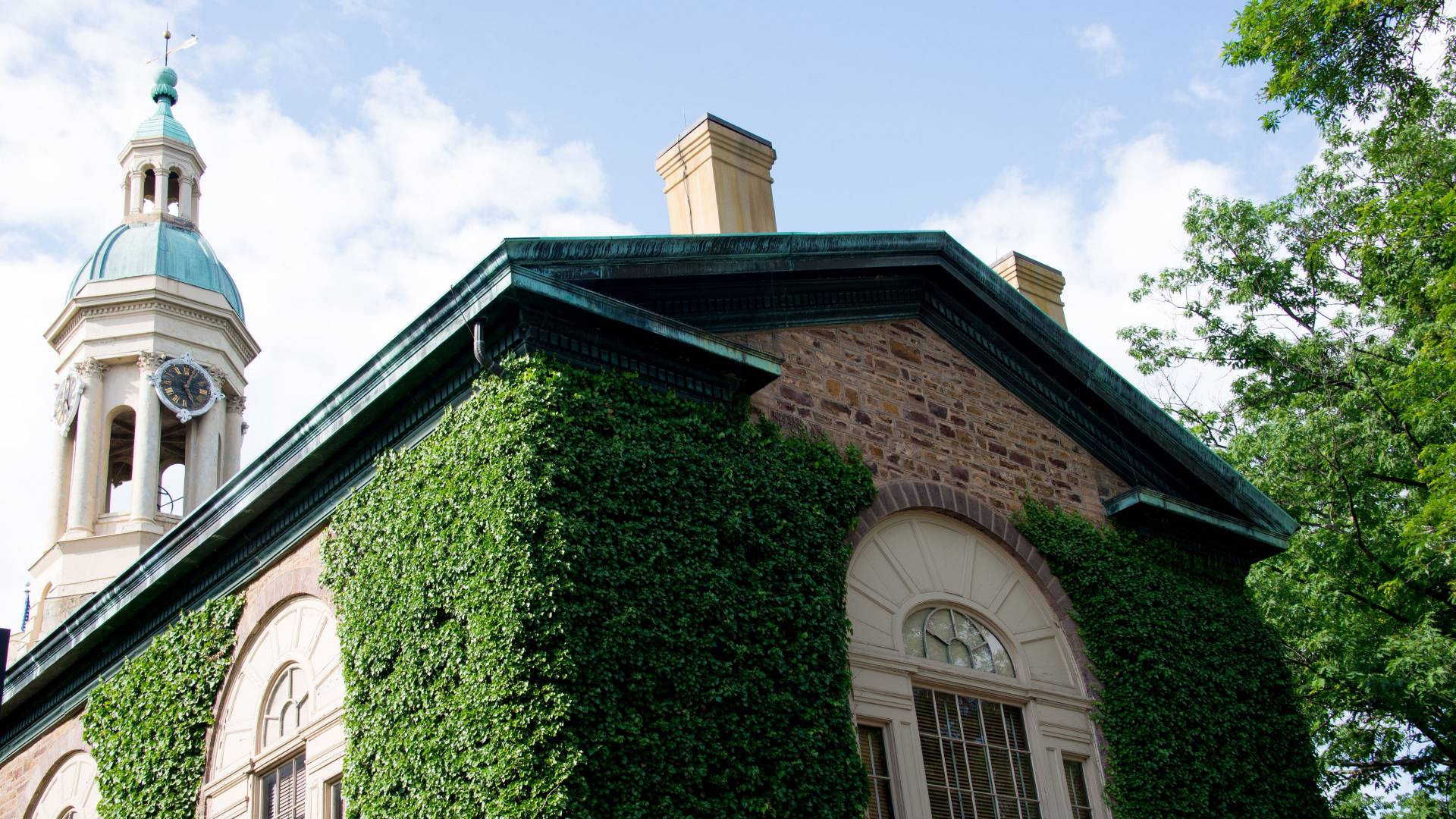 The roof and cupola of Princeton University’s Nassau Hall as seen from the back of the building.

The roof and cupola rising above Princeton University’s iconic Nassau Hall will be the center of a restoration project set to begin mid-June. 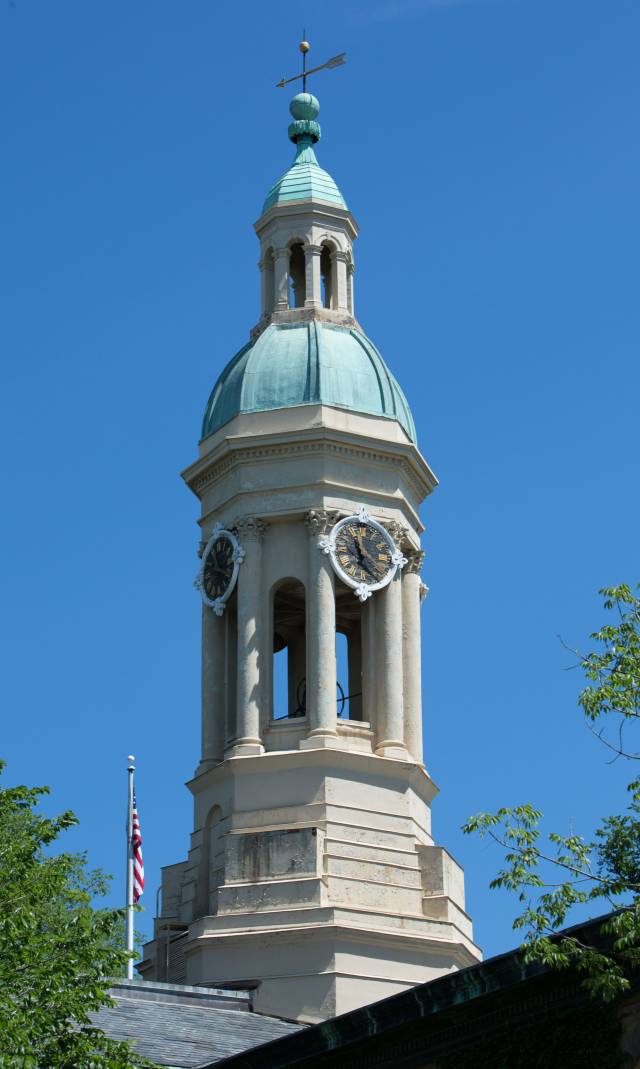 The structure of the Nassau Hall cupola will be restored and repainted starting this summer. The cupola’s clocks also will be refaced.

The project includes replacing the slate roof, restoring the cupola on top of Nassau Hall, resurfacing the cupola’s clocks and enhancing safety systems. Work is expected to occur from June 2018 through March 2019.

Scaffolding and fencing will surround the entire building to support the craftspeople and materials needed for the project. Building entrances will remain open and staff may continue to work inside Nassau Hall.

During the restoration, the Class of 1879 bronze tigers flanking the front steps will be boxed for protection. Visitors may still find other decorative tigers around campus, as shown on the Princetoniana website.

Nassau Hall, the first site most people encounter when they arrive on campus and walk through FitzRandolph Gate, is a University and national landmark. The building opened on Nov. 28, 1756, when Princeton was known as The College of New Jersey. Designed by carpenter-architect Robert Smith, it was the largest stone structure in North America at the time.

During the upcoming restoration, the entire slate roof and copper gutters will be replaced and snow guards will be added. The structure of the cupola will be restored and repainted, including the cupola’s four clocks and weathervane. Systems to support safer access to the roof and cupola also will be added.

After scaffolding is erected, the clocks will be taken down and refaced. Then, the roof will be replaced around the cupola, followed by improvements to the cupola and replacement of the roof underneath. The clocks will then be restored on the cupola. 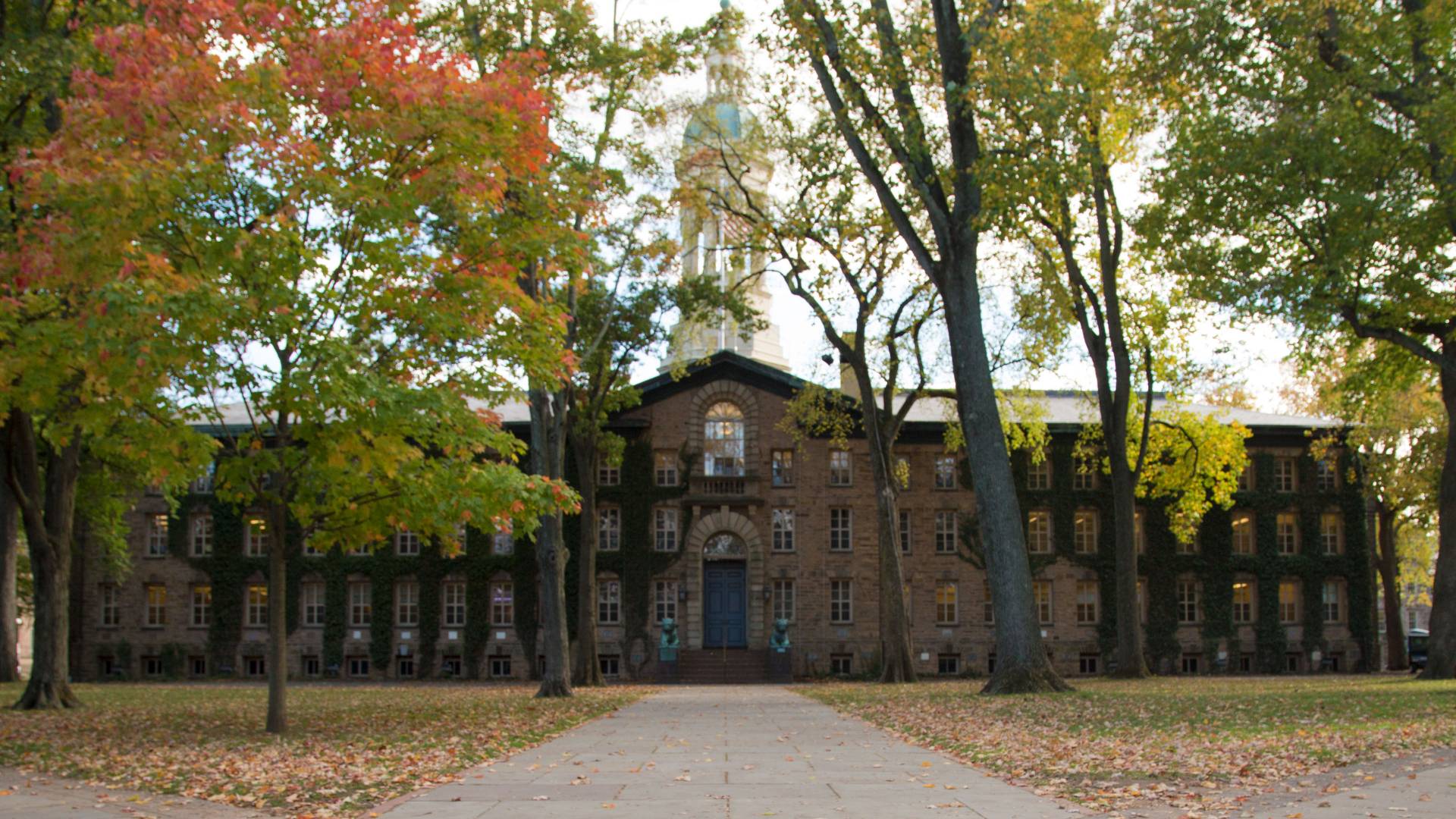 During the restoration of Nassau Hall’s roof and cupola, scaffolding will surround the entire building. However, the building will remain open during the project.

University Facilities will oversee the project. Work will be completed by construction managers Massimino Building Corp. of Newtown, Pennsylvania; roofers Bregenzer Brothers of Hopewell, New Jersey; and other contractors and local craftspeople. The project’s preservation architect is Mills + Schnoerning Architects of Princeton and the structural engineer is Joseph B. Callaghan Inc. of Philadelphia.

According to Alexis Mutschler, assistant director of special projects in Facilities, the building’s roof was last replaced around the early 1960s. The decorative cupola was part of Nassau Hall’s original design, though its look has changed following building fires and other renovation work. The clocks on the cupola were modernized in the 1950s and the clock mechanism was changed from analog to digital in the 1980s. 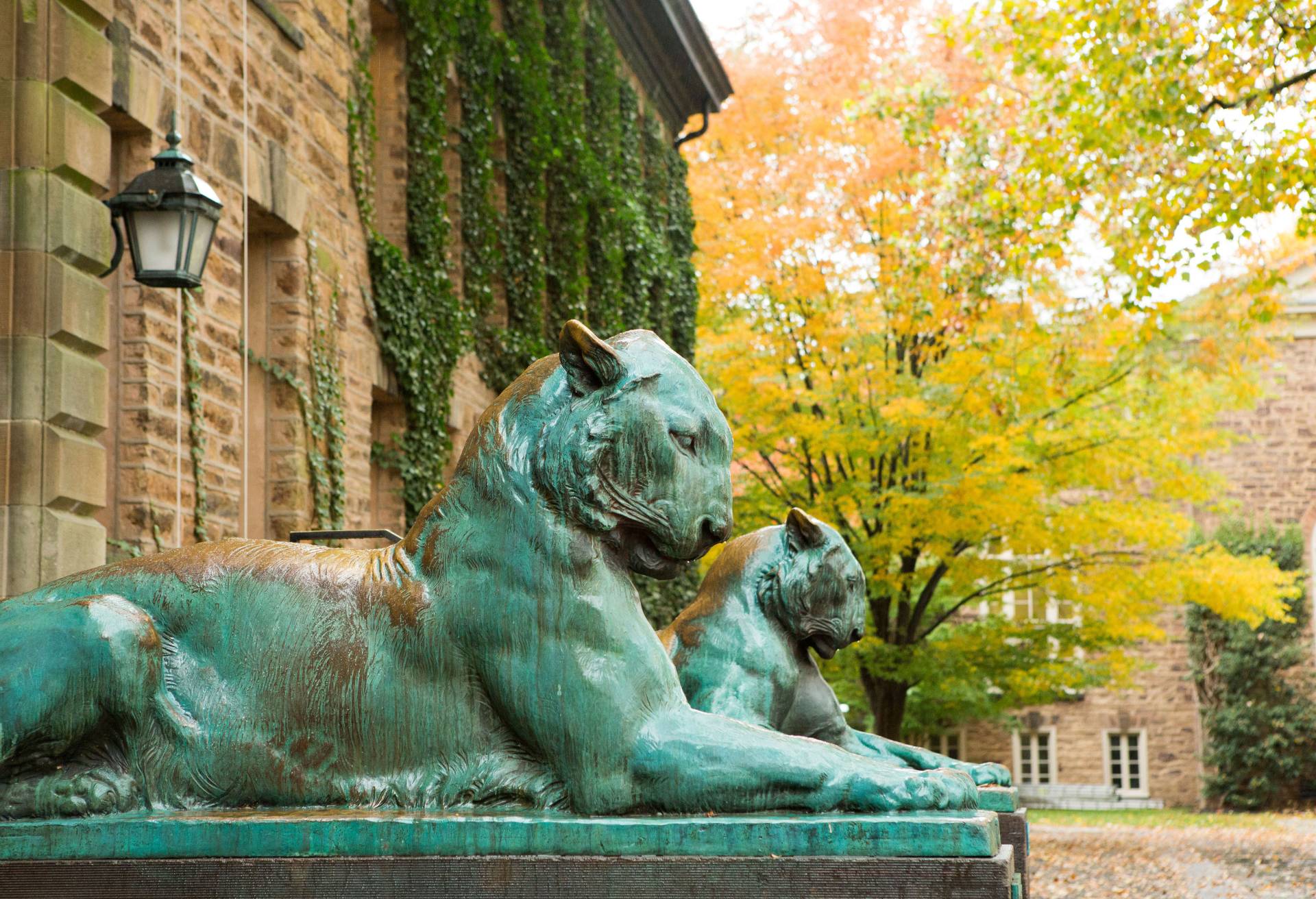 During the roof and cupola restoration project, the bronze tigers in front of Nassau Hall will be boxed for protection. Visitors may still find other tigers on campus, as shown on the Princetoniana website.

The building also is important to American history. During the Revolutionary War, the British occupied Nassau Hall but soon surrendered to Gen. George Washington’s troops, who had belted the structure with artillery. A scar left from an American cannonball on the south side of the west wing remains evident today.

The building was the temporary home of the Continental Congress and was the site where the Congress learned the British had signed a peace treaty granting independence to the former colonies in 1783. Nassau Hall was named a national historic landmark in 1960.

More information and project updates during renovation work may be found on the Facilities project page. The University Archives blog has additional information about the history and architecture of Nassau Hall. 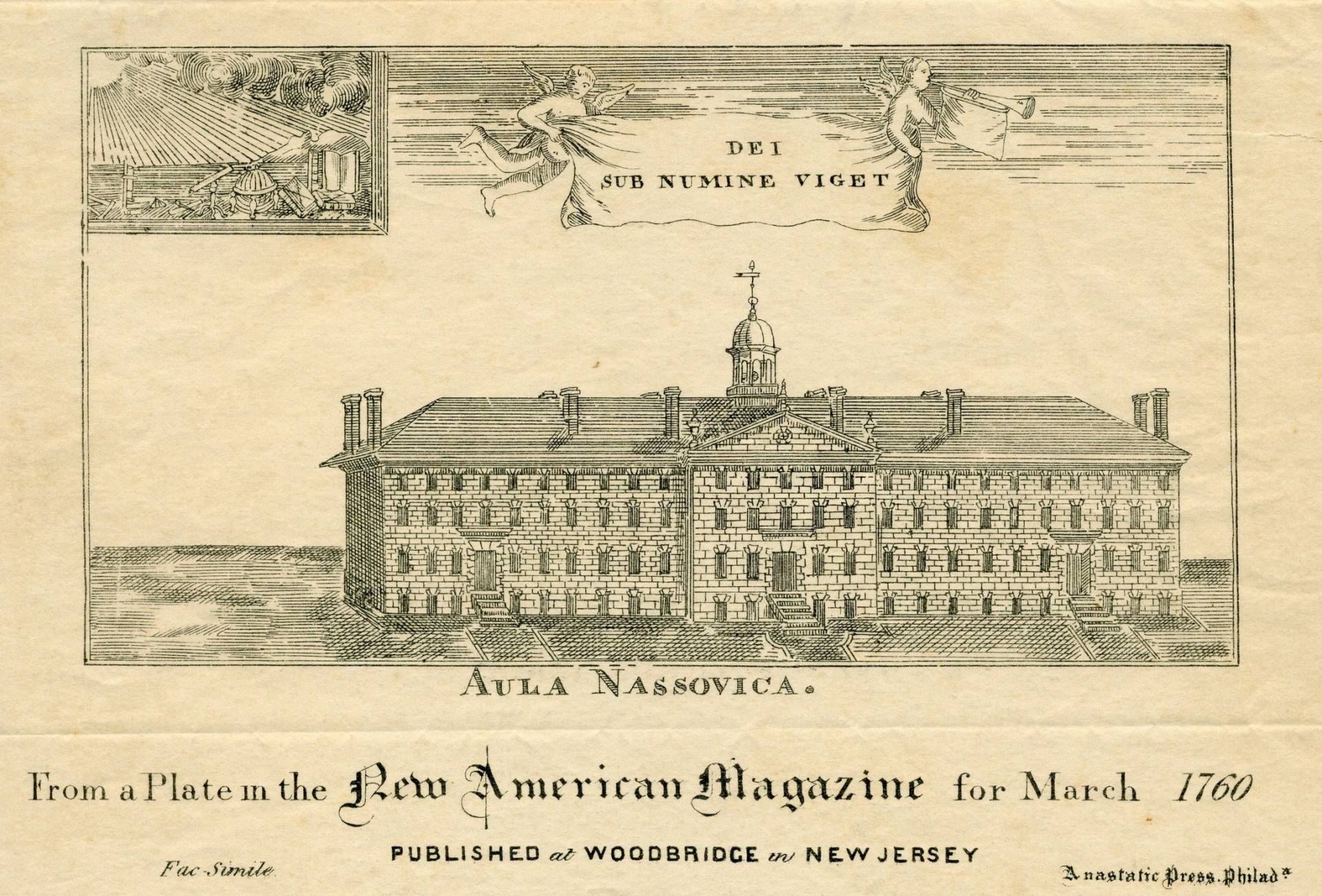 Nassau Hall first opened its doors on Nov. 28, 1756, and at one time housed all of the University’s functions. This first known image of Nassau Hall is from “New America Magazine,” 1760. The iconic building is a University and national landmark. 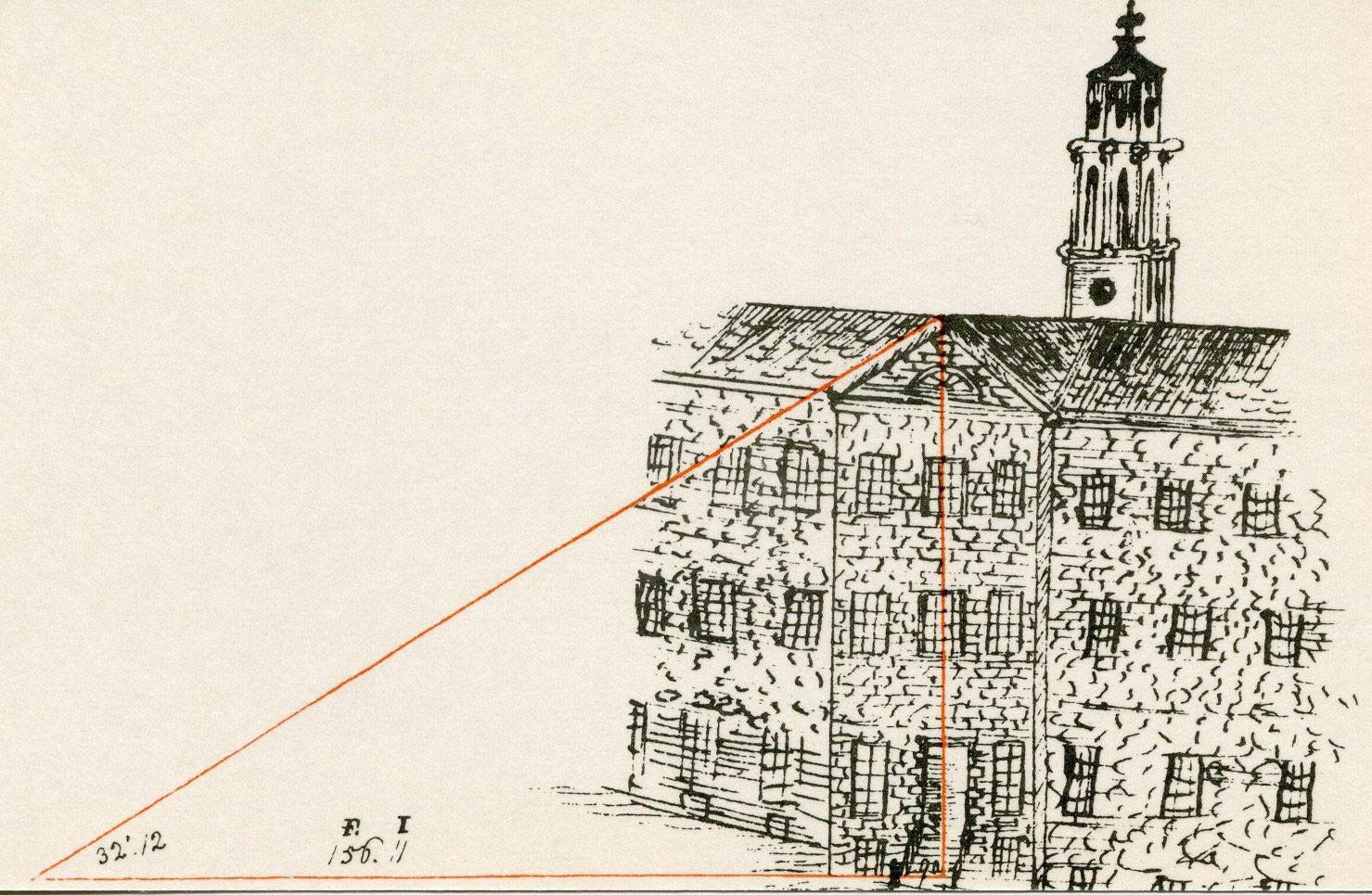 A reprint of a sketch titled “Taking the Measure of Nassau Hall” from the student notebook of Thomas Campbell, Class of 1818. Nassau Hall was originally designed by Robert Smith, though the building has been rebuilt and renovated through the centuries after the Revolutionary War and building fires.

Restoration of Nassau Hall’s roof and cupola is underway