Step onto campus through FitzRandolph Gate, walk down the stone path and gaze up at Nassau Hall. The iconic cupola atop Princeton University’s oldest building has been made over.

Play video:
Play Video: The weather vane at the peak of Nassau Hall, previously rusted in place, can now whirl in the wind. Watch how T. Johnson Design in Hopewell, New Jersey, repaired or replaced each part of the weather vane.

The University used 10,000 pounds of new copper to cover the cupola’s dome while recycling the old copper. The penny-colored metal will oxidize over time to form a natural patina.

Play video:
Play Video: The cupola’s clocks were severely damaged by dry rot. See how the clocks were carefully removed from Nassau Hall and repaired at Philadelphia Custom Millworks.

Play video:
Play Video: The historic bell was one cupola feature that did not require repairs. Stealing the bell's clapper used to be a popular student prank until it was removed in the 1990s. Listen to the bell ring as it does during major University events every year.

After 60 years without a new roof or significant repairs to the decorative cupola, the crown of Nassau Hall had lost some luster. So last June, University Facilities began a meticulous restoration. The goal was to refresh and improve, while also preserving historic character.

“The cupola and roof should look the same, only better,” said Alexis Mutschler, assistant director of special projects in Facilities and project manager for the restoration. “To someone looking at Nassau Hall from the ground, the biggest difference probably is the new copper on top of the cupola. It will take about 20 years to turn the turquoise-colored patina that we grew accustomed to seeing.”

During the renovation, Office of Communications staff regularly climbed to the top of Nassau Hall to capture the architectural details that one can only see up close.

The chipping cupola was repainted in a monarch gold color, using 10 gallons of primer and 15 gallons of finish coat.

The four massive clocks, each five feet in diameter and weighing 150 pounds, were carefully craned down from the cupola so they could be repaired. The wooden clock faces were rebuilt at Philadelphia Custom Millworks, while the numerals and minute markers were rehabilitated with new gold leaf at T. Johnson Design in Hopewell, New Jersey. T. Johnson Design also restored the weather vane.

Bregenzer Brothers of Hopewell stripped the roof and covered it in 21,000 new slate tiles. Along the roof, copper gutters were replaced, snow guards were added and safety features were enhanced.

The entire restoration, led by construction managers Massimino Building Corp. of Newtown, Pennsylvania, was completed in December. During the project, the bronze tigers in front of Nassau Hall were boxed for protection (watch a video of the unboxing).

Nassau Hall first opened in 1756. The administrative building, which once housed all college functions, is a University and national landmark. 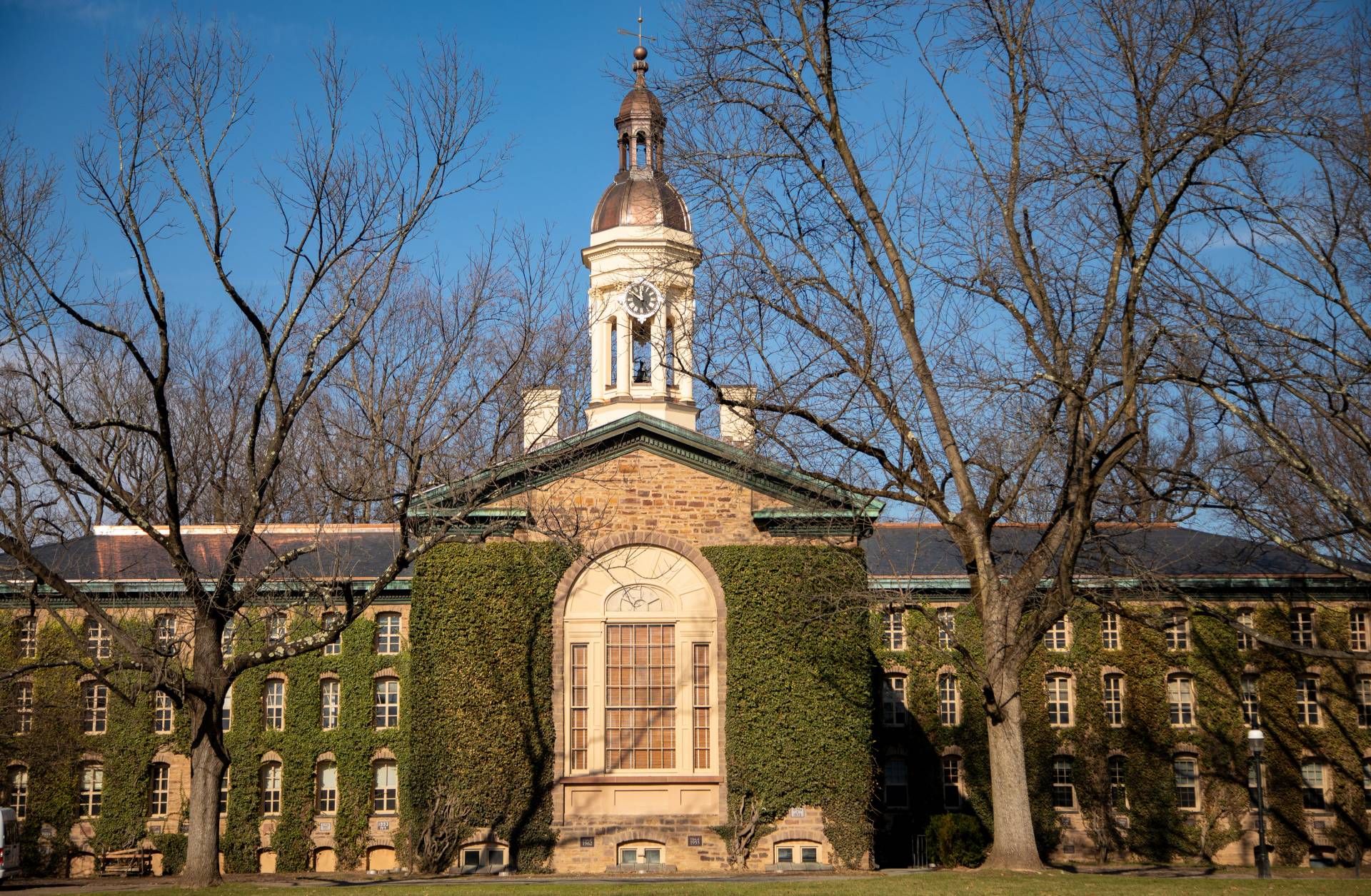 Restoration of Nassau Hall’s roof and cupola is underway