Dr. Adel Mahmoud, a pioneer in the treatment and prevention of infectious diseases around the world, died Monday, June 11, in New York City. He was 76.

The cause was a brain hemorrhage. 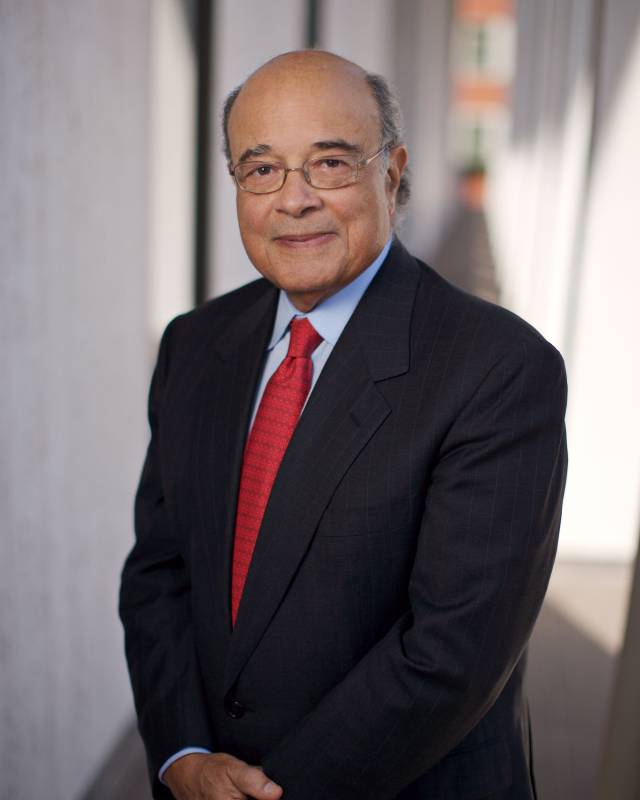 During a storied medical career, Mahmoud was an influential leader in academia, biopharmaceutical research and development, and global health policy. His chief contributions to science and public health involve the study of neglected tropical diseases, especially parasitic infections.

Mahmoud began his Princeton career in 2007 as a senior policy analyst at the Woodrow Wilson School of Public and International Affairs and transferred to the faculty in 2011 as a lecturer with the rank of professor in the Department of Molecular Biology and international affairs, Woodrow Wilson School. He also was an integral part of the Global Health Program.

“Adel was a beloved teacher, mentor and colleague,” said Bonnie Bassler, the Squibb Professor in Molecular Biology and chair of the Department of Molecular Biology at Princeton. “Our students flocked to him because he made learning science entirely relevant to saving lives. He was devoted to helping budding scientists believe they could make a difference. As a colleague, he was a sought-after leading intellect who coupled deep thinking with a cheerful, can-do attitude, inspiring all of us to do more.  We will miss him terribly.”

Mahmoud’s emergence as one of the most prominent and widely respected voices in global health was unlikely. Born in Cairo in 1941, Mahmoud’s first brush with infectious disease came at the age of 10 when he sprinted to a pharmacy to procure penicillin for his father, who was dying of pneumococcal pneumonia. He didn’t make it back in time.

Mahmoud received his M.D. from the University of Cairo in 1963. As a medical student, he became active in politics, serving as a leader in former Egyptian President Gamal Abdel Nasser’s youth movement. But as the political climate in Egypt evolved, Mahmoud recommitted himself to medicine and left Egypt in 1968 for the United Kingdom. In 1971, he obtained a Ph.D. from the London School of Hygiene and Tropical Medicine.

His early research focused on the role of eosinophils, a type of white blood cell, in the body’s defense against parasitic worms.

Rather than return to a hostile political climate in Egypt, Mahmoud immigrated to the United States in 1973 as a postdoctoral fellow at Case Western Reserve University. He subsequently rose through the ranks to lead the Division of Geographic Medicine and ultimately to chair the Department of Medicine from 1987 to 1998.

“Adel’s keen intelligence, wit and genius for problem-solving were legendary,” said Dr. Pamela Davis, dean of the School of Medicine at Case Western Reserve University. “The world is a little less bright without his light.”

Beloved for his sharp intellect and dynamic personality, Mahmoud had an impact on thousands of medical students, physicians and scientists, including many of today’s leaders in medicine and research.

“Not only was he my lifelong mentor, he was a true force of health for people everywhere,” said Dr. Julie Gerberding, Merck executive vice president and former director of the Centers for Disease Control and Prevention.

In 1998, Mahmoud was recruited to serve as president of Merck Vaccines, a position he held until 2006. During his tenure at Merck, Mahmoud played a pivotal role in the development and commercialization of new vaccines to help prevent severe gastroenteritis, human papillomavirus (HPV) and shingles, as well as the quadrivalent formulation of measles-mumps-rubella-varicella vaccine. As of 2017, more than 500 million doses of these four vaccines have been distributed globally, according to the company.

“Adel was as beloved as he was accomplished, said Ken Frazier, Merck’s chairman and CEO. “He leaves an enduring legacy of protecting the health of infants, adolescents and adults around the world. Few physician-scientists have had the global public health impact that Adel Mahmoud had.”

Mahmoud frequently provided scientific advice to the World Health Organization, the National Institutes of Health, the Centers for Disease Control, the National Academies, the Rockefeller Foundation, and universities and research institutions around the world. He served as president of the International Society of Infectious Diseases from 1990-92 and on boards of directors at GAVI, the International AIDS Vaccine Initiative, International Vaccine Institute and several companies in the private sector.

“Adel was always one of the very first people to whom we turned when we needed sage advice about difficult policy issues,” said Dr. Anthony Fauci, director of the National Institute of Allergy and Infectious Diseases. “His judgment was flawless.”

After retiring from Merck in 2006, Mahmoud returned to his academic roots. At Princeton, he engaged in public policy discussions and worked to imbue the next generation with the love of learning and commitment to public health that guided his life and career.

In the wake of the Ebola outbreak in West Africa in 2014, Mahmoud began advocating for the creation of a global vaccine-development fund. “We cannot let financial burdens stand in the way of solving deadly global health crises,” he said.

“Adel was not only a brilliant scientist and scholar; he fundamentally understood that research needs to be advanced through sound health policy in order to improve lives,” said Cecilia Rouse, dean of the Woodrow Wilson School and the Lawrence and Shirley Katzman and Lewis and Anna Ernst Professor in the Economics of Education. “We will miss his wisdom, insights, intellect and — perhaps most of all — his wonderful infectious laugh.”

“Adel was a key player in the development of Princeton's Global Health Program,” said Janet Currie, the Henry Putnam Professor of Economics and Public Affairs, chair of the Department of Economics and director of the Center for Health and Wellbeing.  “Students loved him. He had very high expectations, but he knew they could meet them and helped them to learn that too. His passion and good humor will be greatly missed.”

Mahmoud is survived by his wife of 25 years, Dr. Sally Hodder, and a son, Jay Thornton, as well his siblings, Dr. Olfat Abdelfattah and Dr. Mahmoud Abdelfattah.

A celebration of Mahmoud's life will be held 6 p.m. Saturday, June 30, in the University Chapel.

View or share comments on a blog intended to honor Mahmoud's life and legacy.