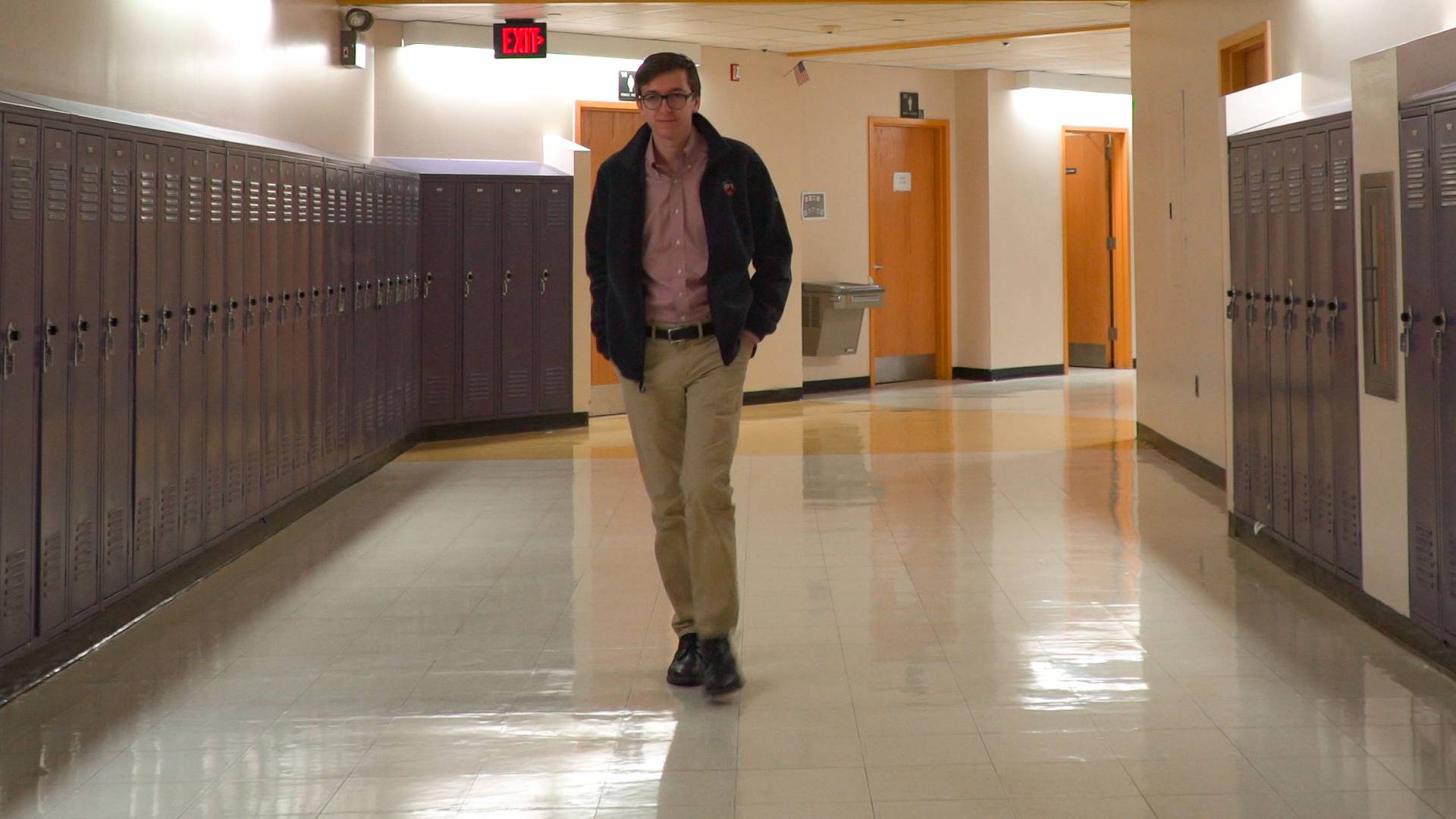 While studying politics at Princeton, Tyler Simko tutored first-generation students on campus and served on his New Jersey hometown’s school board.

For Tyler Simko, politics is more than just a major: It is a means of effecting change in his community.

Simko, who graduated in June with high honors in politics and earned a certificate in statistics and machine learning, came to Princeton from South Amboy, New Jersey, where he was his high school valedictorian. Not only was Simko the first in his family to attend a four-year college, he was the first student from South Amboy Public Schools to attend an Ivy League university.

His experience as a student in the school district inspired him to run for the district’s board of education in 2013.

“Local politics is ignored by both voters and academics,” Simko said. “But these are the people who actually have an impact on voters’ lives — they control your schools and your sewage pipes!”

Simko was elected to the board as an incoming first-year student at Princeton. After serving a two-year term, which involved commuting from Princeton to South Amboy for board meetings and district events, Simko decided to run for re-election, just as he was beginning to think about his junior independent work. He decided to use his re-election campaign for school board chair as an opportunity to design his own field experiment about the factors behind voters’ decisions.

“Two common theories are that people vote for a candidate based on either their past actions or their proposed ideas,” Simko said. To determine which type of messaging is most effective, he tested both types on prospective voters in his campaign’s door-to-door canvassing.

After the election — which Simko won — he was able to analyze the voter data, and found that retrospective and prospective ideas were equally effective. “Even though the messages themselves were very different, people responded to them in almost exactly the same way, which is interesting,” Simko said.

For his senior thesis, Simko was able to replicate and retest his experiment by taking on the role of campaign manager for a friend running for the board of education. His thesis adviser, Professor of Politics Kosuke Imai, said that most academic research on campaign messaging involves observation and analysis rather than intervention, but Simko had unique research opportunities.

“Because Tyler is running these campaigns himself, he can actually figure out what type of message is effective and what kinds of voters should be mobilized, instead of just analyzing data produced by someone else,” Imai said.

Imai was so impressed with Simko’s independent work and his performance in undergraduate and graduate politics courses that he asked Simko to be a statistics tutor in the Freshman Scholars Institute, which helps first-generation and other selected students acclimate to academic and social life at Princeton.

“[Simko] came to Princeton with very little background in statistics or programming or mathematics, so he knows how to teach difficult materials to students [from similar academic backgrounds],” Imai said. “It’s been great because he can connect to the students very well.”

Simko participated in FSI for the past two years.

“The most important thing you can do for other students is to be a mentor,” said Simko. “If I can help them in some way with my own experiences, I will.”

This fall, Simko will begin a Ph.D. program in American politics, focusing on state and local politics, at Harvard University.