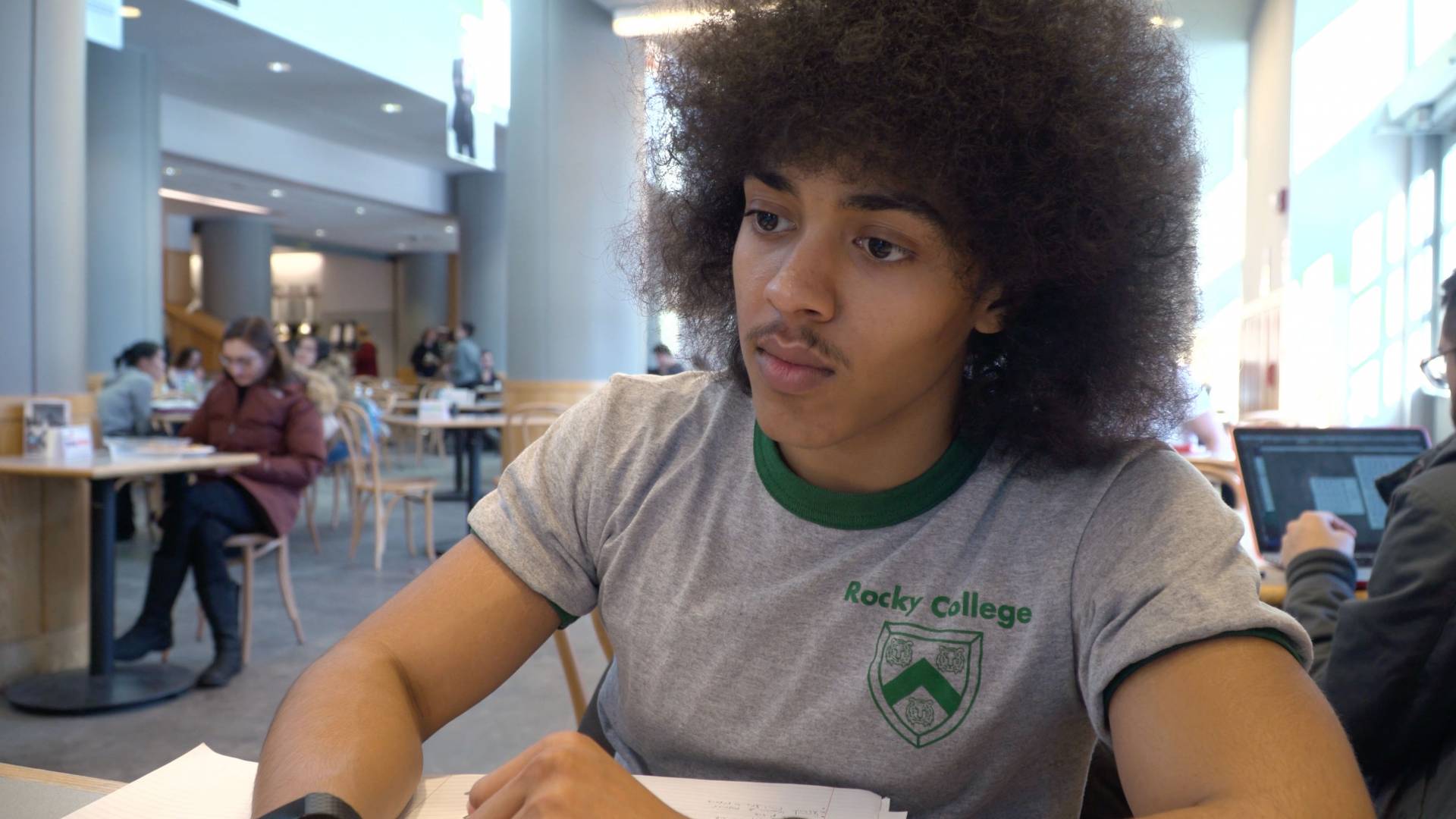 Jordan Thomas, a senior and Rhodes Scholar from Newark, New Jersey, discusses the commitment to service he learned in his hometown and deepened at Princeton.

Before coming to Princeton, Jordan Thomas received lots of advice, but the words that stuck with him most were, “Never forget where you came from.”

Nearly four years later, the senior has found multiple ways to connect with his Portuguese and Newark, New Jersey, roots, both in and outside the classroom. Thomas is concentrating in the Woodrow Wilson School of Public and International Affairs and earning certificates in African American studies and Portuguese language and culture, on his way to being named a Rhodes Scholar last November and graduating this spring.

Thomas grew up speaking “household Portuguese” with his grandparents, but was unable to read or write the language. At the suggestion of his first-year and current senior thesis adviser Elizabeth Armstrong, an associate professor of sociology and public affairs in the Wilson School, Thomas decided to formally study Portuguese.

"It really has been one of the better decisions I've made," Thomas said. "Portuguese has really come to define my Princeton experience."

Not only has Portuguese enabled Thomas to intern in Portugal and volunteer in Brazil, his studies have also helped closer to home. "The ability to communicate more effectively with my grandparents has been fantastic," said Thomas.

Thomas' senior thesis is another important way he is staying connected to his roots. His research focuses on support services for pregnant and parenting teens in the Newark Public Schools district, where Thomas graduated from University High School in 2014 and where he served as the student representative on the district's advisory board in 2013-14, prior to coming to Princeton.

"It's a project partly motivated from experience: I knew a lot of students who — because of unplanned pregnancies — had to take time off or drop out completely."

By looking at existing programs in Newark schools, along with federal regulations and exemplary programs across the United States, Thomas hopes to give local officials a sense of how the school district might improve their services to help even more young women stay in school.

"Newark shaped me in a number of ways, and I couldn't have come here and I couldn't have done the things that I've done here without the special impact that Newark had on me," Thomas said. "The most I can do is try to give back to Newark in whatever way I can."

Thomas is also deeply invested in his current community: He is a residential college adviser in Rockefeller College; a fellow for the Freshman Scholars Institute, which helps first-generation and other selected students acclimate to academic and social life at Princeton; and an executive board member of Community House, which works with local families to close the achievement gap in Princeton. He has served as an advocacy project coordinator for the Princeton chapter of Students for Education Reform and as a mentor for the Princeton College Counseling Program, which supports underprivileged juniors and seniors navigating the college application process at Trenton Central High School.

"One of the most concerning things about lower-income, minority-based districts and schools is that you see students that are really talented and really gifted. Despite having the qualifications and being just as prepared as some of the other students in suburban districts to apply, they decide not to apply," Thomas said. "I let them know, if you have the qualifications, go ahead and submit that application. You are qualified. You can do the work."

This fall, Thomas will use his Rhodes scholarship to pursue an M.Phil. in Evidence-Based Social Intervention and Policy Evaluation at the University of Oxford. He plans to return to the United States for law school and ultimately get involved in public policy, with plans to run for public office.