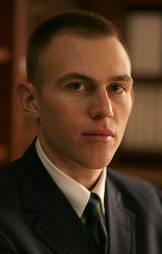 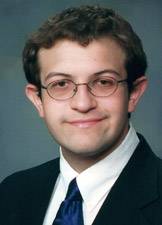 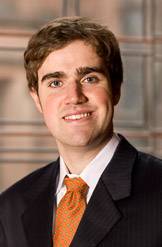 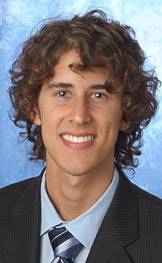 Princeton senior Stephen Hammer and two 2008 graduates, Scott Moore and Timothy Nunan, have been awarded Rhodes Scholarships for graduate study at the University of Oxford.

They are among the 32 American college students who won the prestigious fellowships, which fund two or three years of study at Oxford. Princeton's three winners represented the most from any U.S. institution this year.

Hammer, a member of Princeton's Army ROTC program, believes that while his graduate work would postpone his military service during a time of war, his planned course of study will benefit his career in the Army and beyond.

"I believe that the study of theology at Oxford will prepare me for leadership unlike anything else," he wrote in his Rhodes application. "As the lawyer, judge and public thinker I ultimately aspire to be, and even as the newly minted platoon leader I will surely be, the insight and ability to navigate the fraught intersection of faith and public service will be fundamental to the integrity and vigor of my leadership."

Hammer intends to concentrate his studies on the early Christian church "to build a historical and theological foundation for studying our modern conflict between private faith and worldly engagement."

Elected this fall to Phi Beta Kappa, Hammer also received the University's Shapiro Prize for Academic Excellence. He is a board member and peer minister for Princeton's campus Presbyterian ministry and a dedicated musician who plays alto and soprano saxophone with the University Concert Jazz Ensemble.

In addition, Hammer has volunteered with the Trenton Area Soup Kitchen, contributed to student-run foreign policy and political publications, and held internships with the Dallas County (Texas) Criminal District Attorney's Office and the Atlantic Council of the United States, a Washington, D.C.-based think tank.

Robert Kaster, the Kennedy Foundation Professor of Latin Language and Literature, praised Hammer for his academic strengths displayed in his classics coursework and for his dedication to his ROTC service and his musical endeavors. Kaster also called Hammer "the most morally serious student I have taught."

Kaster said he meant not just that Hammer "thinks seriously about questions of right and wrong, and not just that he has chosen paths of service -- to his country, through his military commitment, to his God, through his religious commitment -- that put these questions to him on a daily basis. It is also that his desire to serve the good of his fellow human beings is so strong that it all but radiates from his person. The thought that someone with all the intellectual gifts that Hammer enjoys truly wishes to devote those gifts to advancing the common good, in a deeply considered and socially progressive way, I find genuinely exhilarating."

Moore earned certificates in environmental studies and Chinese language and culture in addition to his concentration in the Wilson School. Following his studies of environmental policy at Oxford, he hopes "to focus my career on enhancing and building upon the idea of international environmental cooperation, through work in the government, academic and NGO [nongovernmental organization] sectors."

Moore has been interested in global issues since his high school years. He graduated from Li Po Chun United World College of Hong Kong. Currently he is a Fulbright fellow with the Environmental Economics and Policy Study Group at Peking University in Beijing, where he is studying Chinese environmental policy "with an aim toward developing effective frameworks for international environmental cooperation."

In his junior year at Princeton, Moore was awarded a Truman Scholarship, which recognizes academic achievement, leadership and commitment to public service. As part of that award, he spent the summer after his graduation in Washington, D.C., as an intern with the international affairs journal Oxford International Review.

During his time at Princeton, Moore was co-chair of the editorial board of The Daily Princetonian student newspaper, an undergraduate fellow of the Princeton Institute for International and Regional Studies, a fellow of the Religious Life Council and a member of Undergraduate Student Government's Committee on Background and Opportunity.

Stanley Katz, a lecturer with the rank of professor in the Wilson School, called Moore "one of the most remarkable and admirable students I have taught in 30 years at Princeton (or in 51 years of teaching, for that matter)."

"There never seemed to be enough hours in the day to accomplish what Scott managed to do, and yet he never seemed pressured. He is a deeply thoughtful fellow, as considerate as the day is long. He has all it takes to make a truly significant contribution to this country and to the world," Katz said. "But in my book what most distinguishes him is that he is one of the most fundamentally decent young people I have been privileged to work with. It truly has been a privilege to work with Scott. I have learned a lot from him."

Nunan currently is on a Fulbright research fellowship at the University of Göttingen in Germany, where he is working on translating writings of the German jurist Carl Schmitt. Nunan has translated many articles and primary sources relating to the rise of the Third Reich.

At Princeton, Nunan organized public screenings of two Nazi-era films, a documentary and a comedy, for which he provided the English translations. These efforts to better explain this dark period of history exemplify Nunan's mission as he heads to Oxford and toward a career as a professional historian.

"I want to challenge ossified versions of the past and pursue more public history projects," he wrote in his Rhodes application.

"Historians are society's gadflies, teaching not to forget, but also not to mystify. There's no quicker way to forget the past than to worship it," Nunan wrote. "Historians, I believe, must seek to understand history's would-be villains. The point is not to apologize or forgive, but rather to emphasize that the past is inhabited not by paragons of good and evil, but by humans like ourselves."

Nunan was elected to Phi Beta Kappa at Princeton and won senior thesis prizes in the Department of German and in the Program in European Cultural Studies, from which he earned a certificate. He also was a three-time winner of the German Department Book Prize for best performance in an undergraduate course.

Michael Jennings, professor of German and chair of the department, worked with Nunan beginning in his freshman year. "He did everything with a remarkable level of intellectual engagement. His work always was right at the edge of what is possible, whether it was learning German grammar or exploring complex historical formations," Jennings said.

Jennings noted that Nunan was "extremely entrepreneurial" in his efforts to make historical works more accessible to the wider public.

"While he was a German major, he combined the very best qualities of a superb history major with his archival ability and the interpretive ability of the best people in literature," Jennings added.

Nunan was a member of the Princeton Debate Panel, competing in tournaments at Oxford and in Ireland, Canada and Thailand. He also wrote for the Nassau Weekly student publication, taught English as a Second Language courses to Spanish-speaking immigrants in the Princeton area and served as a peer adviser in Wilson College.

Hammer, Moore and Nunan were chosen for the Rhodes Scholarships from among 769 applicants from 207 colleges and university nationwide. Including the 32 American winners, approximately 80 scholars are selected worldwide each year. Winners are chosen on the basis of high academic achievement, integrity of character, a spirit of unselfishness, respect for others, potential for leadership and physical vigor.

In addition to the Rhodes Scholars, 2007 Princeton graduate Michael Solis has been named a George J. Mitchell Scholar to spend a year studying international human rights law at the National University of Ireland, Galway. The Mitchell Scholarships are awarded to 12 American students each year by the Washington, D.C.-based U.S.-Ireland Alliance. Winners are selected from 300 applications from more than 150 colleges and universities nationwide.

Solis, who is from Ledgewood, N.J., majored in the Wilson School and earned certificates in Latin American studies, Spanish and Portuguese. He currently is a Princeton in Latin America fellow in Santiago, Chile, with Human Rights Watch and the Latin American Faculty of Social Sciences. He is conducting research for both institutions on human rights, political discrimination in Venezuela, global security, arms control and conflict resolution. For the year following his graduation from Princeton, Solis was a Luce Scholar working for the National Human Rights Commission of Korea in Seoul, South Korea. At Princeton, he was involved in numerous service activities and was a member of the Princeton Triangle Club musical comedy troupe and the Princeton Taekwondo Club.

The Mitchell Scholarships recognize outstanding American students who exhibit the highest standards of academic excellence, leadership and community service. They are named in honor of the former U.S. senator and his role in the Northern Ireland peace process.