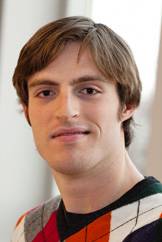 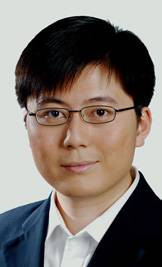 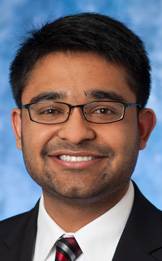 Princeton senior Nicholas DiBerardino and alumnus Mark Jia have been awarded Rhodes Scholarships for two or three years of graduate study at the University of Oxford. DiBerardino and Jia are among the 32 American college students who won the fellowships.

DiBerardino, a native of Westport, Conn., is a music major and intends to study music composition at Oxford. Jia, a Waltham, Mass., resident who was born in Suzhou, China, graduated in 2010 with a major in the Woodrow Wilson School of Public and International Affairs. He intends to study comparative politics at Oxford.

In addition, Princeton senior Mohit Agrawal, a mathematics major from West Lafayette, Ind., has been named a George J. Mitchell Scholar to spend a year studying economics and policy at National University of Ireland, Galway. The Mitchell Scholarships were awarded to 12 American students by the Washington, D.C.-based U.S.-Ireland Alliance.

DiBerardino, a talented composer, has made significant contributions to the music community at Princeton. In addition, he has been composer-in-residence at the Brevard Music Center, a summer institute and festival for young musicians in Brevard, N.C., and with the European American Musical Alliance. His career plans include becoming a professor of music and continuing to compose.

"I'll seek ways to reach out to new audiences, striving to write music that is complex and intricate, but also broadly accessible," he said. "I'll also continue to use music as a concrete vehicle for social change, exploiting its fundamentally collaborative nature as a powerful way to build communities and generate hope in even the bleakest of situations."

DiBerardino founded Princeton's Undergraduate Composers Collective, which offers students a chance to workshop each other's pieces and perform their music at concerts.

"Nick manages to combine talent and ambition with genuine humility and an eagerness to learn," said Dmitri Tymoczko, an associate professor of music. "He's been a real boon for the Princeton community, organizing the Undergraduate Composers Collective and building a supportive environment for musical creativity."

DiBerardino also started a project called Back in Tune to collect, refurbish and distribute used instruments -- and provide music instruction -- to needy students in Bridgeport, Conn., near his hometown.

DiBerardino was awarded Princeton's Shapiro Prize for Academic Excellence in 2008 and 2009 and named a New York Art Ensemble "Emerging Artist" in 2009 and 2010. He was elected to Phi Beta Kappa earlier this year.

"Nick is a passionate and talented composer," said Steven Mackey, a professor of music and the department chair. "He is academically well rounded, a great leader and a grateful follower."

Jia, who is fluent in Mandarin, currently teaches American politics and constitutional history to aspiring diplomats and mid-career foreign service officers at China Foreign Affairs University in Beijing as a Princeton in Asia fellow. He plans to study law and eventually become a scholar and advocate working on legal and political change in China.

"It was a tremendous honor to receive an award like this," Jia said. "After spending a year teaching at the Foreign Affairs University in Beijing, I can think of no better opportunity than to study Chinese politics and comparative government with the first-rate faculty at Oxford. I trust that this experience will help strengthen my capacities as a scholar and advocate for legal reform in China."

At Princeton, Jia was managing editor of the Princeton Progressive Nation magazine and president of the Chinese Student Association, which created several new mentorship and community-building programs during his tenure.

Jia's senior thesis explored legal aid and the rule of law in China. It was awarded the J. Welles Henderson '43 Prize in Law and Public Affairs from Princeton's Program in Law and Public Affairs and the Leigh Buchanan Bienen and Henry S. Bienen Prize from the University's Program in East Asian Studies, which recognizes outstanding theses on an East Asia-related topic. He also received the Class of 1924 Award from the Woodrow Wilson School for outstanding contributions to a policy task force, which also focused on the rule of law in China. He was elected to Phi Beta Kappa in the fall of his senior year.

Kosuke Imai, an assistant professor of politics, praised Jia's "intellectual abilities and his powerful combination of methodological skills and substantive knowledge about the Chinese political and legal system." Imai continued, "I expect he will conduct successful research at Oxford and then become a leader for his generation in whatever career he chooses."

Christina Davis, an associate professor of politics and international affairs, found Jia's assistance invaluable when he worked as her research assistant on a book about enforcing international trade law.

"Mark prodded me to think further about how Chinese people may see the use of litigation as loss of face in their personal inter-dealings, but at the same time urge stronger actions by their government, since nationalism reinforces the need for a state to assert rights on the international stage," Davis said. "He did not think that any cultural aversion toward litigation would restrain Asian governments from using international courts. I found Mark's comments more persuasive than existing studies on this question. He has a good understanding of the potential for law to be empowering, and the obstacles that may inhibit many from using the law to their advantage."

Jia served as deputy national field director for Students for Barack Obama in 2007 and 2008. He also worked in 2008 as an intern with the Alliance for Justice, a nonprofit advocacy project in Washington, D.C., and for Sen. Edward Kennedy in 2006.

DiBerardino and Jia were chosen for the Rhodes Scholarships from among 837 applications from 309 colleges and universities nationwide. Including the 32 American winners, approximately 80 Rhodes Scholars are selected worldwide each year. Winners are chosen on the basis of high academic achievement, integrity of character, a spirit of unselfishness, respect for others, potential for leadership and physical vigor.

During his time at Princeton, Agrawal has pursued his disparate interests in politics, policy, mathematics and development. He hopes one day to draft policy at the World Bank, the United States Treasury Department or the United Nations Development Program.

"My year in Ireland will prove a fantastic opportunity to pursue my interest at the nexus of economics and policy -- both in the classroom and out," he said. "My training in mathematics and economics at Princeton, together with the experiences I gained studying abroad in Singapore and working in Ghana, will help inform my perspective as I study the Irish banking system and housing market and look for policy solutions."

After receiving one of Princeton's Martin Dale Summer Fellowships in 2009, Agrawal spent a summer in Ghana establishing a youth newspaper with senior secondary school students from Ashaiman, a large urban slum between Accra and Tema. He also led an Engineers Without Borders team from Princeton that designed and built a community library at a school in Ashaiman. He won a GOLD (Graduates of the Last Decade) Humanitarian Award from the IEEE, a technology professional association, to support the project. During his junior year, he studied at the National University of Singapore.

Agrawal won Princeton's Shapiro Prize for Academic Excellence for his freshman and sophomore years, and the University's George B. Wood Legacy Sophomore Prize, presented each year to a member of the junior class in recognition of exceptional academic achievement during the sophomore year. He was chosen to be a member of USA Today's All-USA College Academic Second Team and was elected to Phi Beta Kappa earlier this fall.

"Mohit is a sophisticated mathematical thinker with a deep interest in public policy," said Stephen Morris, the Alexander Stewart 1886 Professor of Economics. "When he studied economics with me, I was impressed by his maturity in understanding the strengths and weaknesses of using mathematical tools to help understand the economy. With his combination of talent and social commitment, he will do great things, and the Mitchell Scholarship will be a great first step for him."

Mitchell Scholars are selected from 262 applications from 163 colleges and universities nationwide. The Mitchell Scholarships recognize outstanding American students who exhibit the highest standards of academic excellence, leadership and community service. They are named in honor of the former U.S. senator and his role in the Northern Ireland peace process.