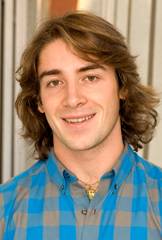 Josh Grehan, a senior with a lifelong interest in social justice advocacy, has been awarded the 2010 Daniel M. Sachs Class of 1960 Graduating Scholarship, one of the highest awards given to Princeton undergraduates.

Grehan, a native of Canada who is concentrating in the Woodrow Wilson School of Public and International Affairs, plans to use the Sachs award to pursue postgraduate studies in social policy at Worcester College at the University of Oxford.

With the support of the Sachs Scholarship, Grehan said, "I'm really looking forward to the chance to build on the education that I've had at Princeton and to learn new models of approaching issues regarding social policy, because I think different institutions bring different vantage points of how to handle these issues. I'm also really looking forward to the cultural differences in studying in England. In studying in the United States, I feel like I've learned a lot about myself and about my political viewpoints. I'm sure that process will continue in England."

Grehan was raised in the countryside near Prince Albert, Saskatchewan, and spent many years living in native villages, where his mother worked as an advocate for the rights of the villagers. The experience helped inspire his academic and extracurricular focus on social justice during his time at Princeton.

"That really opened my eyes to issues of racism and the disadvantaged state of First Nations peoples in Canada. There is a lot of conflict between the native and white populations of Saskatchewan, and that created a sensitivity within me toward those issues," Grehan said.

Seeing his mother's experience of working numerous jobs to support the family also inspired Grehan's interest in workers' rights. He has been involved with the student advocacy group Princeton for Workers Rights since his freshman year.

"Josh is a class act in more ways than any transcript can ever reveal," said Marta Tienda, the Maurice P. During Professor in Demographic Studies and professor of sociology and public affairs. "He is a natural leader with a drive to give voice to a social justice agenda for young people."

"When I describe Josh to others, I describe a young man who preferred to raise money for a summer camp for youth in Canada rather than work and save money for his junior year in college," she added. "That decision speaks tomes about his values, about his selflessness, and about his vision and determination to improve the lives of young people."

Tienda is advising Grehan's senior thesis, in which he is examining how communities can use public spaces to help disadvantaged youth. Grehan is conducting research to support his hypothesis that skateboard parks can help reduce crime by providing constructive outlets for youngsters. Noting that those who oppose the building of such facilities often argue that skateboard parks lead to rising crime, he said, "If it turns out there is no connection [to higher crime], then one of the major impediments to the construction of skateboard parks will be removed."

"I'm well aware that the opportunities that have been provided to me while I was young have allowed me to end up where I am now, and I have a large debt to repay," he said.

Grehan plans to pursue a career in public service, likely with a nongovernmental organization, focusing on youth development and racism.

"I like the direct community involvement and engagement that comes with working with an NGO," he said. "I hope to one day return to Saskatchewan and work to combat issues of racism between the native and white populations, because it really is a large problem that's not being addressed systematically enough."

At Princeton, Grehan participates in Springboard, a tutoring program for local children through the Princeton Public Library, and is a sexual health adviser through University Health Services. He also is a member of the men's rugby club.

This past summer, he served as an intern with the Food Trust, a Philadelphia-based NGO that works to ensure access to affordable, nutritious food, and also worked at an orphanage in Senegal in West Africa. Grehan, who rowed on a national level in Canada, founded and directed a rowing program for underprivileged youth in Prince Albert in the summer of 2008.