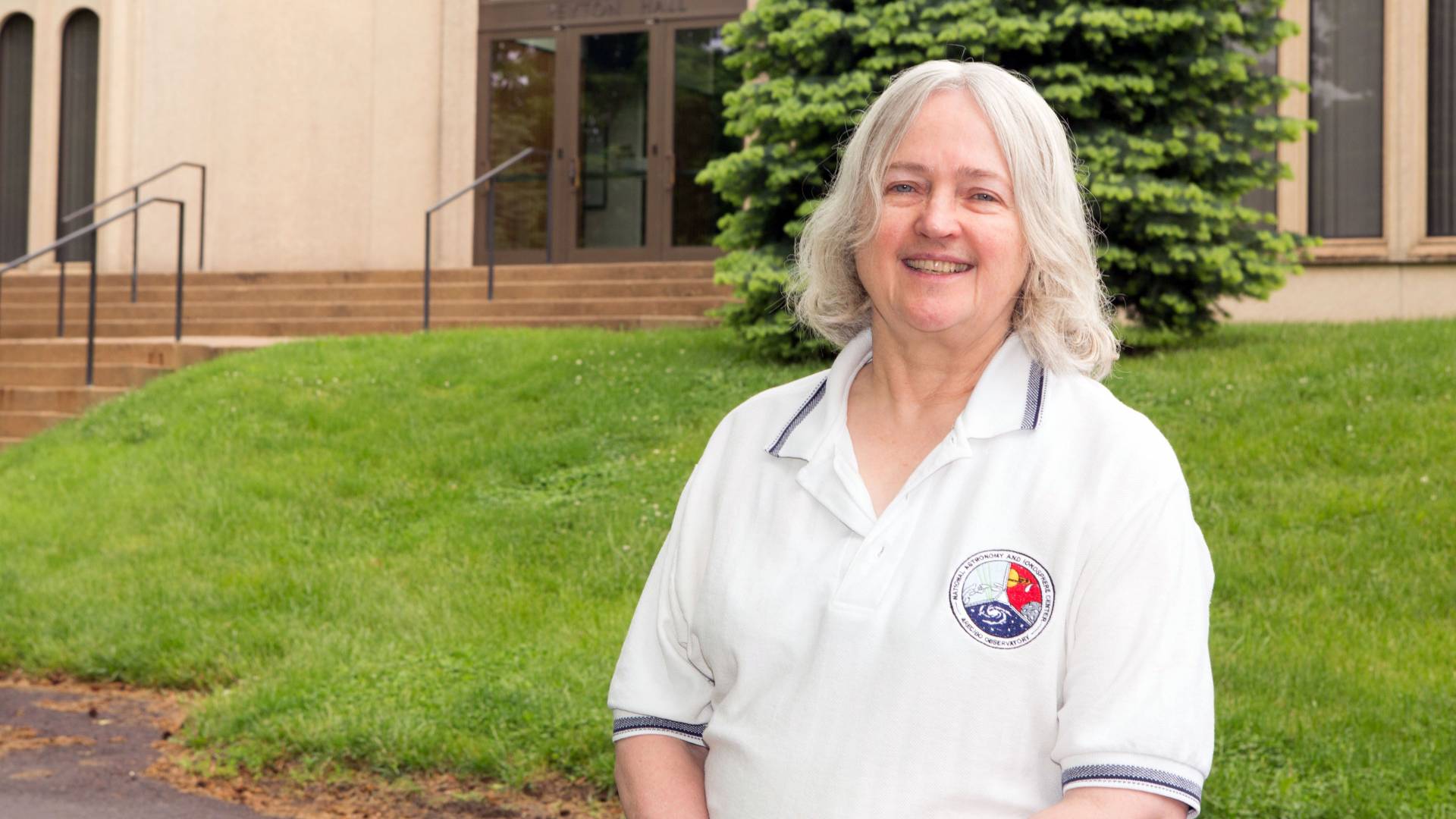 Gillian Knapp, an emeritus professor of astrophysical sciences at Princeton, has received the National Science Foundation’s Presidential Award for Excellence in Science, Mathematics and Engineering Mentoring (PAESMEM). The award honors outstanding efforts of mentors to encourage the next generation of innovators, and to develop a science and engineering workforce that reflects the country’s diverse talents.

Knapp is among 27 individuals and 14 organizations recognized this year by PAESMEM. The presidential awards were first given in 1996 and represent the highest honors bestowed upon mentors who work to expand science, technology, engineering and mathematics (STEM) talent. Knapp and other winners will receive presidential certificates during a ceremony tonight at the Smithsonian National Portrait Gallery in Washington D.C.

Knapp taught at Princeton for 34 years and was one of the first women to join the science faculty. In 2005, she founded the Princeton Prison Teaching Initiative (PTI), a leader in providing college-accredited classes to incarcerated individuals. The Presidential Award recognizes Knapp’s work in founding PTI, as well as her role in the Department of Astrophysical Sciences, where she helped foster a diverse and inclusive student and faculty community.

PTI began when Knapp and a small group of colleagues began teaching college math courses in New Jersey prisons. PTI has become a nationally-recognized leader in STEM prison education, bringing college-level classes to hundreds of inmates per year in New Jersey state and federal facilities. Incarcerated students may earn their associate degrees and many transfer credits to two- and four-year colleges once they leave prison. PTI courses are taught by Princeton faculty, postdoctoral fellows, graduate students and staff.

The award notes that Knapp recognized “the overwhelming need for educational opportunities in prison, and in particular STEM courses, [so] she began teaching college-level mathematics to inmates at Garden State Youth Correctional Facility.” Knapp continues to teach multiple PTI classes to this day.

“I can think of no other program at Princeton that so clearly and so powerfully joins our faculty and students (undergraduate and graduate) in the service of a compelling educational need,” said Clayton Marsh, a former deputy dean of the college at Princeton.

Knapp also has been a mentor to women in STEM for four decades, and fostered intellectual opportunities for students and faculty in the Department of Astrophysical Sciences.

“[She] has played a central role in developing and expanding mentorship for undergraduate and graduate students in Princeton' acclaimed astrophysics department,” the award announcement said.

Knapp led early efforts to make the astrophysics postdoctoral program more diverse and inclusive, recruiting (among others) Neil deGrasse Tyson. Tyson, the Frederick P. Rose Director of the Hayden Planetarium at the American Museum of Natural History, was a postdoctoral research associate at Princeton from 1991-94, and also served as a visiting research scientist and lecturer.

“To learn now that the NSF has an award to honor STEM mentors, perhaps Jill’s pedagogical profile is what should benchmark the award’s description,” Tyson wrote in a letter of recommendation.

As a longtime director of graduate studies, Knapp also mentored generations of Princeton astronomy graduate students. In 2012, she started a pilot bridge program for minority students in astronomy and physics at Princeton.

“Jill believes all people deserve the right to pursue their dreams, and she lives this belief in everything she does,” said Professor of Astrophysical Science Jenny Greene, who also is academic director of PTI. “She is a trailblazing woman in astronomy who actively made a path for the rest of us, and she has applied all her energy and passion to opening educational pathways for incarcerated students.”