How should society decide who gets a liver transplant? Should there be marketplaces for data in the near future and how should these markets be run? If a driverless car kills someone, who is at fault? And how can randomness help optimize algorithms used in machine learning?

These questions and others, from the highly technical to the broadly applicable, were discussed at the inaugural Princeton Day of Optimization, a day-long conference on Friday, Sept. 28. 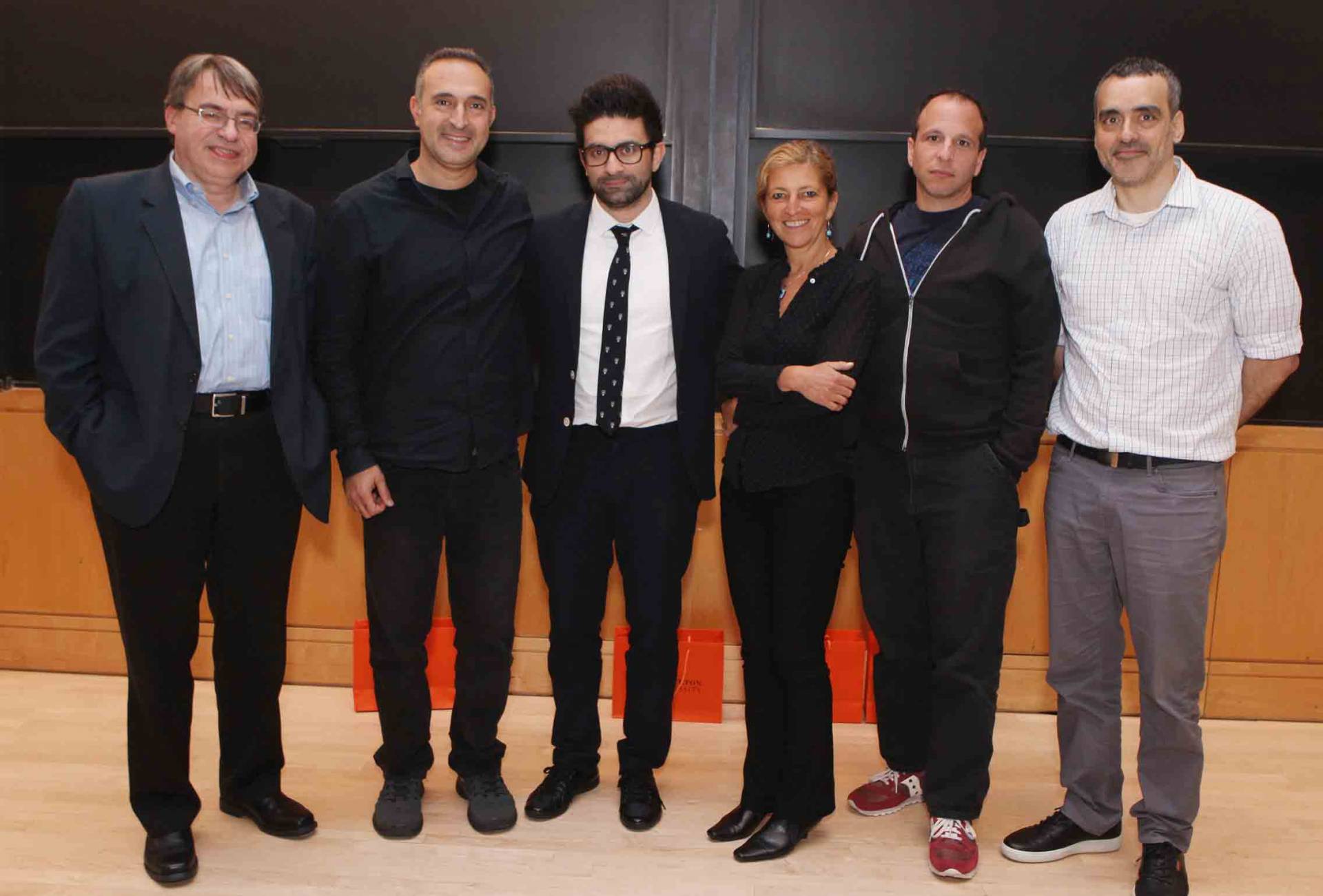 An audience of about 350 researchers and students from more than 50 academic and industrial institutions heard six speakers from across the fields of machine learning (a branch of artificial intelligence), optimization (maximizing the efficiency of systems) and control (the theory underlying computer control of systems).

“The day turned out to be a success beyond our most optimistic projections,” said Amir Ali Ahmadi, the event’s organizer and an assistant professor of operations research and financial engineering (ORFE). “The attendance was large, the presentations engaging and the poster session so oversubscribed we barely had space to accommodate everyone who wished to present.”

Although the details may involve advanced mathematics, the topics addressed at the conference are increasingly prevalent in people’s lives. With computers controlling more and more of the devices we interact with every day, the need for more efficient algorithms and better ways for computers to adapt by using machine learning and prior "experience" is greater than ever.

“Technology, and to some extent society, will increasingly be relying on advanced algorithms, computation and data to ensure available resources are used most efficiently,” said Peter Ramadge, director of Princeton’s Center for Statistics and Machine Learning (CSML), the Gordon Y.S. Wu Professor of Engineering and a professor of electrical engineering. “Optimization is one of the core components of this effort. Think, for example, of the challenges posed by self-driving cars or efficiently heating and cooling urban infrastructure.”

A good example of the convergence of optimization, control and machine learning is the driverless car. One goal of such a vehicle would be to minimize energy usage (an optimization problem), using feedback loops to accelerate and decelerate depending on conditions (a control problem). Because of the large number of situations likely to be encountered by a driverless car, it is impossible to anticipate and write rules for them all — which is where machine learning becomes a critical component.

Driverless cars also point to some of the ethical issues involved in computer-controlled devices. “What if a driverless car kills someone,” asked Dimitris Bertsimas, Boeing Professor of Operations Research at MIT’s Sloan School of Management, in his presentation. “Who is at fault? And can we as a society tolerate not understanding who is at fault?”

Bertsimas’ presentation, “Interpretable AI,” argued that neural networks, a popular approach to machine learning, do not provide enough clarity about how conclusions are reached. Neural networks simulate the brain’s structure but are essentially “black boxes” — they contain no explicit information about how they arrive at their conclusions. Bertsimas proposed using decision trees — in their simplest form a series of yes-no questions — in many instances because how they reach a conclusion is much more transparent and understandable.

Using such a decision-tree learning method, Bertsimas and his research group developed an alternative algorithm for prioritizing liver transplants to patients that would, if implemented, save 400 lives a year compared to the current system, he said. 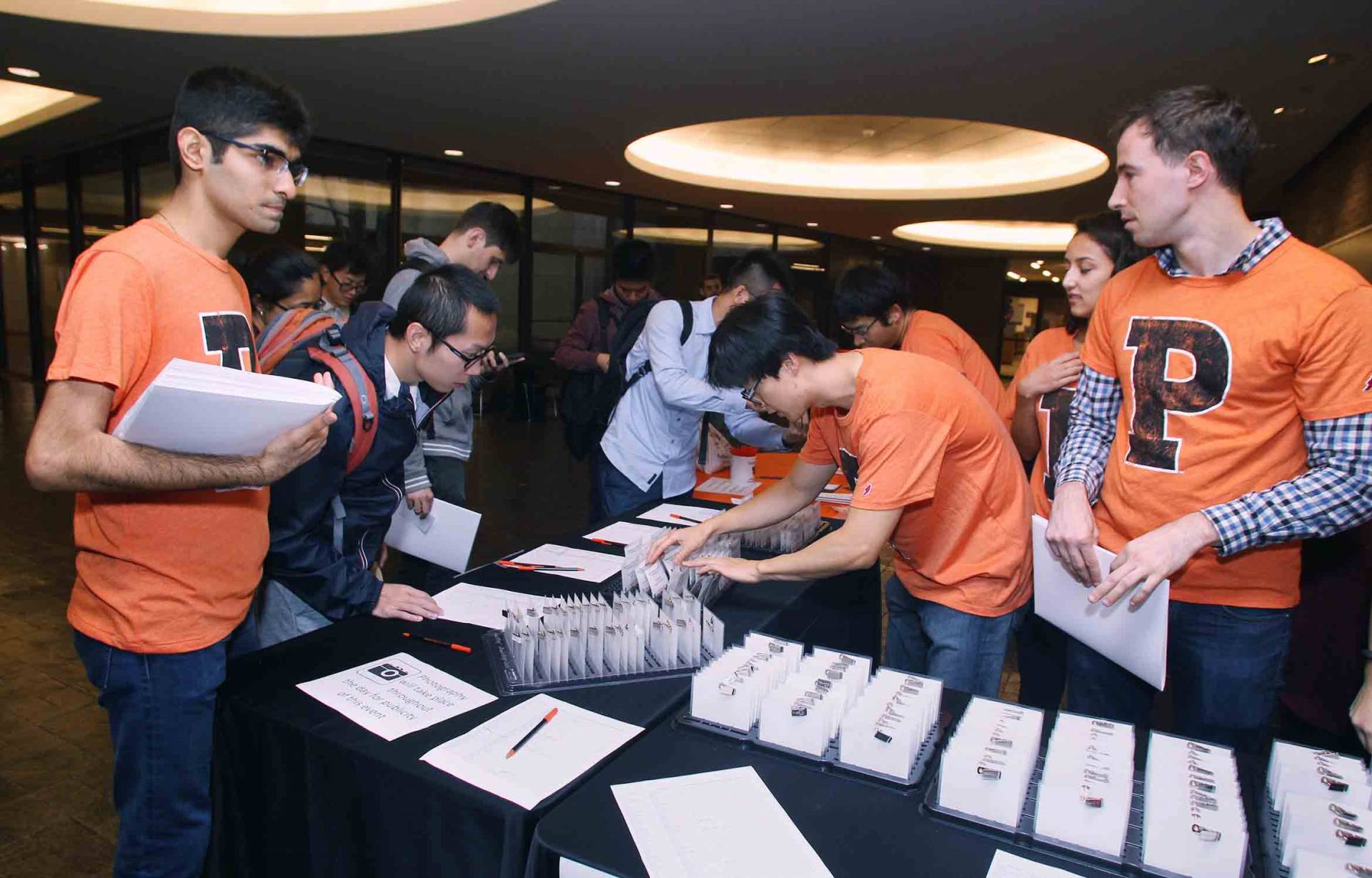 In addition to the six main presentations, 67 posters from 22 institutions were presented at a midday poster session in Taylor Commons at Frick Laboratory — evidence of strong growth in the field. The event, hosted by ORFE and co-sponsored by CSML was supported by the School of Engineering and Applied Science, the Department of Mechanical and Aerospace Engineering, IBM Thomas J. Watson Research Center, and the National Science Foundation.

“We are looking forward to the next Day of Optimization in two years,” said Professor Ronnie Sircar, department chair of ORFE, “but we are going to need a larger auditorium.”