Wen Fong, a renowned art historian and alumnus who spent more than four decades on the Princeton faculty, died of leukemia Oct. 3 in Princeton, New Jersey. Fong was the Edwards S. Sanford Professor of Art History, Emeritus, and professor of art and archaeology, emeritus. He was 88.

Fong was born in Shanghai in 1930, and received a classical Chinese education, including training as a calligrapher. In 1948 he came to the United States to study physics at Princeton, but soon switched his major to European history, graduating in the Class of 1951. He continued at Princeton as a graduate student in the Department of Art and Archaeology, focusing on medieval art history before earning a Ph.D. in 1958 in Chinese art history. He joined Princeton’s faculty in 1954 as an instructor, was named professor in 1967, and the Edwards S. Sanford Professor of Art History in 1971. He transferred to emeritus status in 1999. 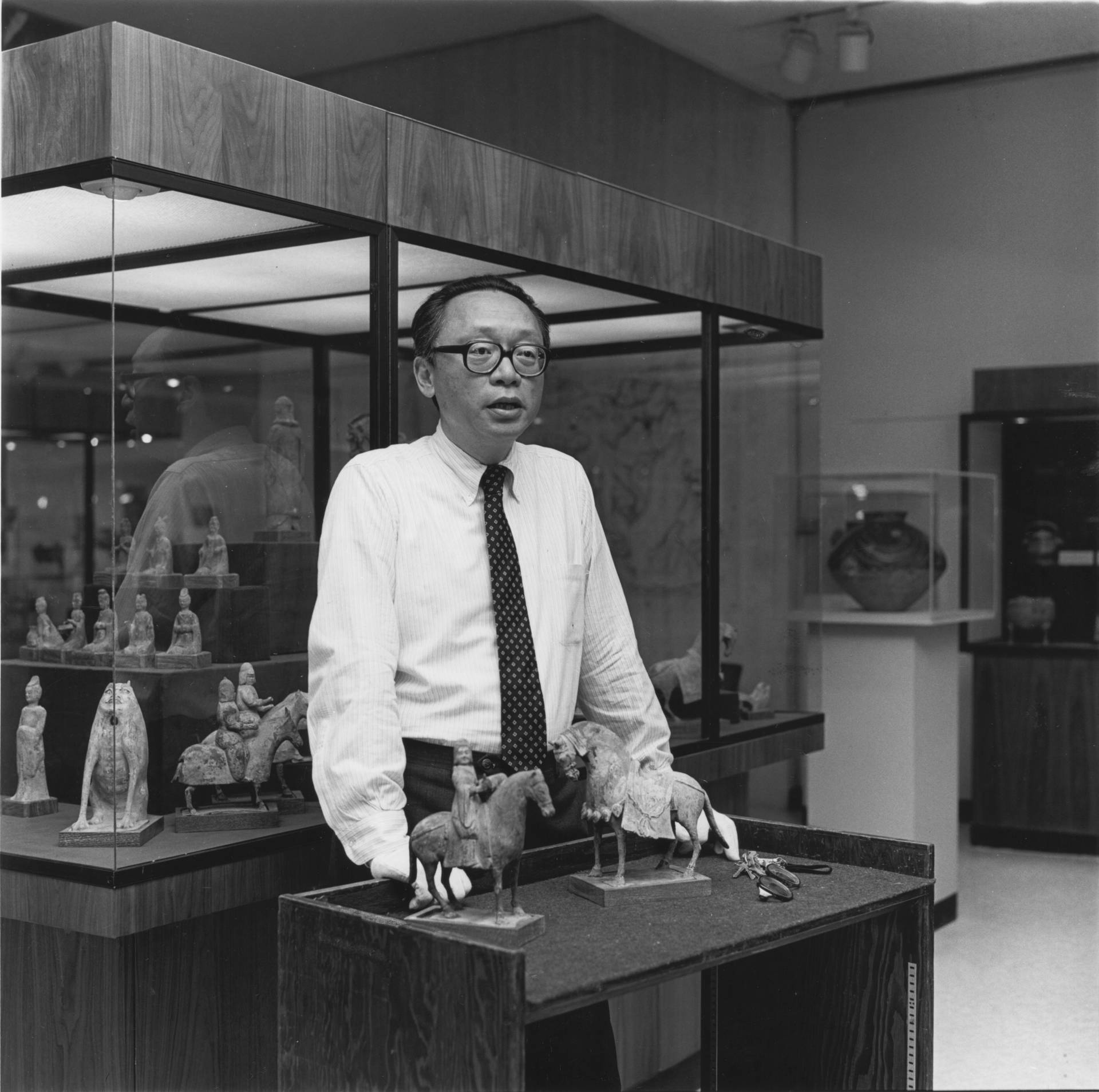 “Wen Fong was a giant in the field of Chinese art history, and his long tenure at Princeton insured our department’s significance in the field," said Michael Koortbojian, the M. Taylor Pyne Professor of Art and Archaeology and department chair. "Generations of students benefited from his mentoring at Princeton, and the discipline as a whole is all the richer for his teaching, his scholarship and his example.”

Fong was instrumental in shaping the study of Asian art at Princeton, teaching graduate and undergraduate classes on Chinese art history, as well as medieval architecture. In 1959, he and the late Professor Frederick Mote, professor of East Asian studies, emeritus, established at Princeton the nation’s first Ph.D. program in Chinese art and archaeology, and shortly afterward expanded the program to include Japanese art and archaeology. While chair of the department in the early 1970s, Fong established the history of photography and the history of pre-Columbian Art as integral parts of the department’s program.

As faculty curator of Asian art at the Princeton University Art Museum, Fong involved his graduate students in pathbreaking exhibitions and related publications. He helped to build the museum’s holdings in many fields, including the photography collection of the McAlpin family and outstanding holdings of Chinese art, most notably the John B. Elliott Collection of Chinese Calligraphy. He established Princeton's Far Eastern Seminar Archives in 1958, which include more than 50,000 photographs of Chinese and Japanese paintings, as well as one of the world's finest libraries of Asian Art.

Concurrent with his contributions at Princeton, Fong served for nearly 30 years — from 1971 to 2000 — as The Metropolitan Museum of Art's first consultative chairman of the Department of Asian Art. He often brought his students to the Met to view artwork from its collections.

"Even after his retirement, [Fong] insured the future of the field with the P.Y. and Kinmay W. Tang Center for East Asian Art [at Princeton], which supports and produces new scholarship that honors his achievements and provides the opportunities for innovative transformations," said Andrew Watsky, professor of art and archaeology, director of the Program in East Asian Art and Archaeology, and director of the Tang Center. "We mourn his passing, but are thankful for all that he has done for us."

Jerome Silbergeld, the P.Y. and Kinmay W. Tang Professor in Chinese Art, Emeritus, and professor of art and archaeology, emeritus, knew Fong for 40 years — as a student, professor and scholar.

"When I imagine Wen Fong, I think of this enormous energy, always on, of his lifelong devotion to Chinese calligraphy and painting, and of his enormous achievements, both at Princeton and The Metropolitan Museum," Silbergeld said. "With his drive came an abundance of knowledge and diplomatic skill." He called the Tang Center and Fong's work at the Met "his permanent legacies."

Stories of Fong’s commitment to teaching and to his students border on the legendary. According to an essay in the emeritus booklet published by the Office of the Dean of the Faculty, on one occasion when a snowstorm stopped the entire University, Fong gathered up students in his Jeep to make sure his seminar could go on. At the end of the class, he loaded them up and drove them all back home.

Many of Fong's graduate students cherish his mentorship long after leaving Princeton, as they forged professional paths in academia and in museums on three continents. As one former student remarked in the emeritus booklet, "To be a Wen Fong student is not just for a couple of years; it is for a lifetime."

"Professor Fong loomed over the lives and careers of all his students," said Robert Harrist Jr., the Jane and Leopold Swergold Professor of Chinese Art History at Columbia University, who earned his Ph.D. from Princeton in 1989. "He liked to say, when we were puzzling over a question of attribution or dating, 'The object is always right.' This meant that we would stay true to ourselves and to our profession by ceaselessly attending to what artists did, to the evidence right before our eyes."

Dora Ching, associate director of the Tang Center, studied with Fong as a graduate student at Princeton, earning her Ph.D. in 2011. She said: "Wen Fong had boundless energy, high standards and expectations, and an unwavering drive to teach Chinese art. His passion was inspiring and through his last book, "Art as History: Calligraphy and Painting as One" (2014), he distilled a lifetime of research into an engaging volume for specialists and non-specialists alike. To think of Wen Fong is to open a floodgate of experiences: the intense and rich sessions in the seminar room, the firsthand experiences with rare paintings and calligraphy, the introductions to eminent Chinese art historians and curators from around the world, and so much more."

Maxwell Hearn, a 1990 graduate alumnus, noted the way Fong trained his students to develop sharp observational and interpretive skills. "Wen would often begin a seminar by unrolling a masterwork of Chinese painting or calligraphy on the seminar table," he said. "He would then challenge his students to articulate what they saw. It led him to push his students to look and speak critically."

Hearn, the Douglas Dillon Chairman in the Department of Asian Art at the Met, said Fong "transformed the Met, recruiting curatorial and conservation specialists, acquiring major collections, and overseeing the opening of 50 new galleries devoted to the arts of Asia."

Alfreda Murck, who earned her Ph.D. in 1995, studied with Fong and also worked with him at the Met as associate curator and administrator in the Department of Asian Art, from 1979 to 1991. "Wen Fong was a dynamic teacher. ... [He] had a big personality, towering intellect and strong vision for the field of Asian art," she said, also noting his diplomacy and collaborative skills.

"There would be no Astor Chinese Garden Court at The Metropolitan had it not been for Wen's willingness to take on this expensive and logistically complicated project," said Murck, an independent scholar with a research affiliation with the Met and a member of the advisory council of the Department of Art and Archaeology at Princeton.

Jay Xu, also an advisory council member, was a Ph.D. student in Chinese art at Princeton from 1990 to 1996, during which he took many seminars on Chinese painting and calligraphy that Fong taught. He became the Chinese art curator at the Seattle Art Museum, where he organized the landmark exhibition, "Treasures from a Lost Civilization: Ancient Chinese Art from Sichuan.” He said Fong saw the importance of the exhibition and accepted it to be shown at the Met in 2002.

"His legacy is unprecedented and will be hard to surpass," said Xu, who returned to Princeton to complete his Ph.D. in ancient Chinese art in 2008, and has served since then as director and chief executive officer of the Asian Art Museum in San Francisco — the first Chinese American director at a major U.S. art museum.

In 1998, Fong received the College Art Association’s distinguished teaching award, and in 2013 the CAA honored him with a Distinguished Scholar Session at its annual meeting. In 2008, he was awarded an honorary degree from Harvard University. He was a member of the Academia Sinica in Taipei, the American Philosophical Society, the Chinese Art Society of America and the College Art Association of America, among others.

In 2006, "Bridges to Heaven," a two-day international symposium on East Asian art — which took its name from Fong's dissertation and resultant publication "The Lohans and a Bridge to Heaven" — was held at Princeton to honor his 45 years of teaching. (A lohan is an enlightened being entrusted by Buddha to guard the law.) A related festschrift, including 40 papers, was published following the event.

After his retirement, Fong served as a professor in China at Tsinghua University in Beijing from 2004-07 and at Zhejiang University in Hangzhou from 2009-12.

Fong is survived by his wife, Constance; two sons, Laurence and Peter; a daughter, Serena, and her husband, Philipp von Weitershausen; and two grandchildren, Landon and Matteo.

The Department of Art and Archaeology will hold a memorial service at 11 a.m. Saturday, April 13, 2019, in the Princeton University Chapel.

View or share comments on a blog intended to honor Fong’s life and legacy.