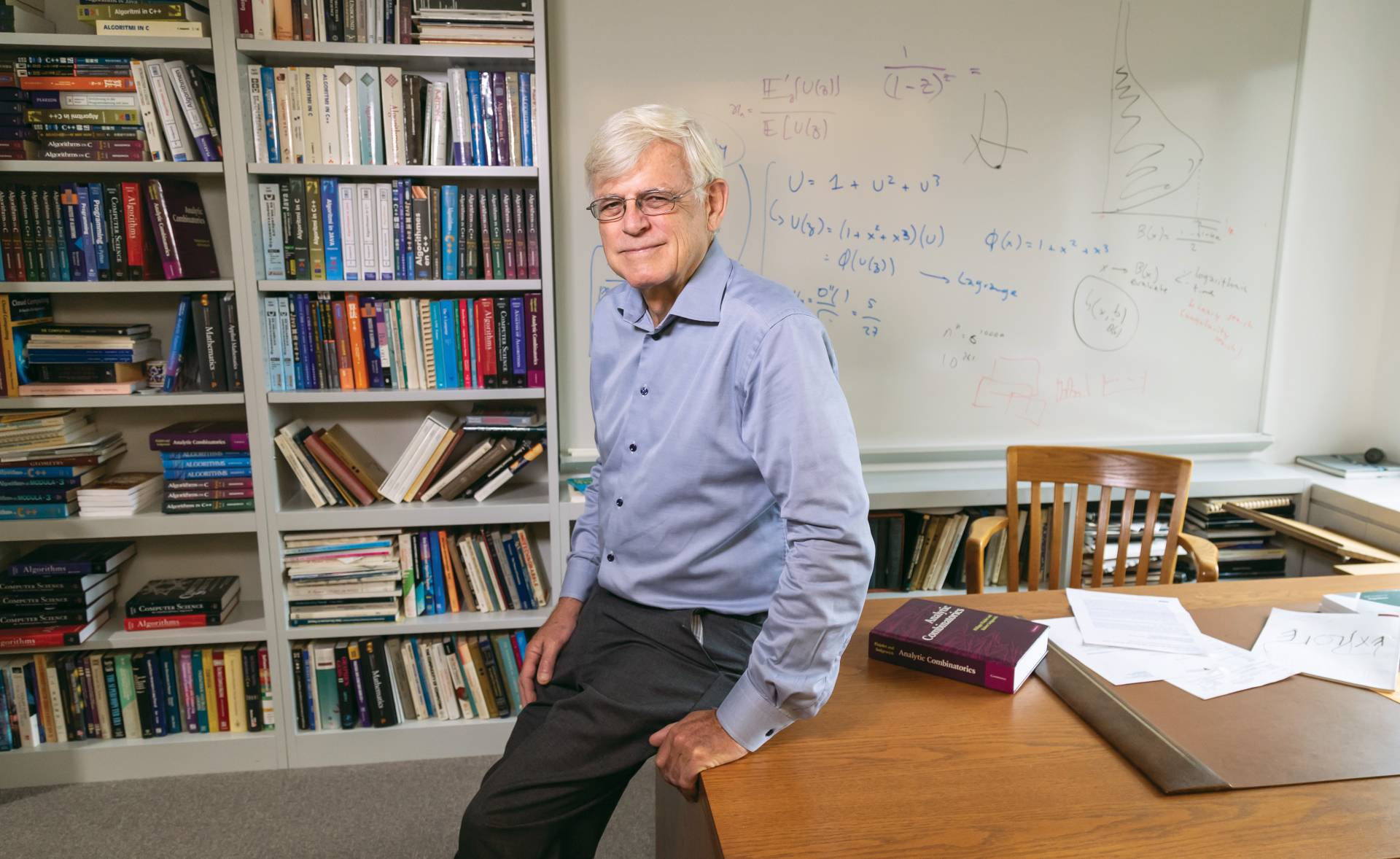 The society recognized Sedgewick and Flajolet for combining “their extraordinary analytical and expository skills to organize the entire subject into a well-developed and fascinating story. Its publication in 2009 was a major event, and as a result, analytic combinatorics is now a thriving sub-discipline of mathematics, as well as a key component of the analysis of algorithms.”

Sedgewick noted that while the original goal of their work in this area was to apply classical mathematical analysis to the performance of computer programs, he and Flajolet realized their approaches could be used to understand properties of scientific models in a wide range of disciplines.

“It is particularly gratifying to see citations of the book by researchers in physics, chemistry, genomics, and many other fields of science, not just mathematicians and computer scientists,” Sedgewick said in a statement, adding that he was “heartened by the statement in the citation that any mathematician could use our book to teach an undergraduate course on the subject.”

Sedgewick is a leader in the field of analytic combinatorics and the author of 20 books, the best known of which is “Algorithms,” a best-selling textbook since the 1980s. He was the founding chair of Princeton’s Department of Computer Science and developed the University’s introductory course “Computer Science: An Interdisciplinary Approach,” which has become the most popular course at the University. Sedgewick has also created six massive open online courses (MOOCs), including one on analytic combinatorics. He served for 26 years as a member of the board of directors of Adobe Systems.

The Leroy P. Steele Prize for Mathematical Exposition is awarded annually for a book, substantial survey or expository research paper. Sedgewick will receive the award on Jan. 17 at the 2019 Joint Mathematics Meetings in Baltimore.