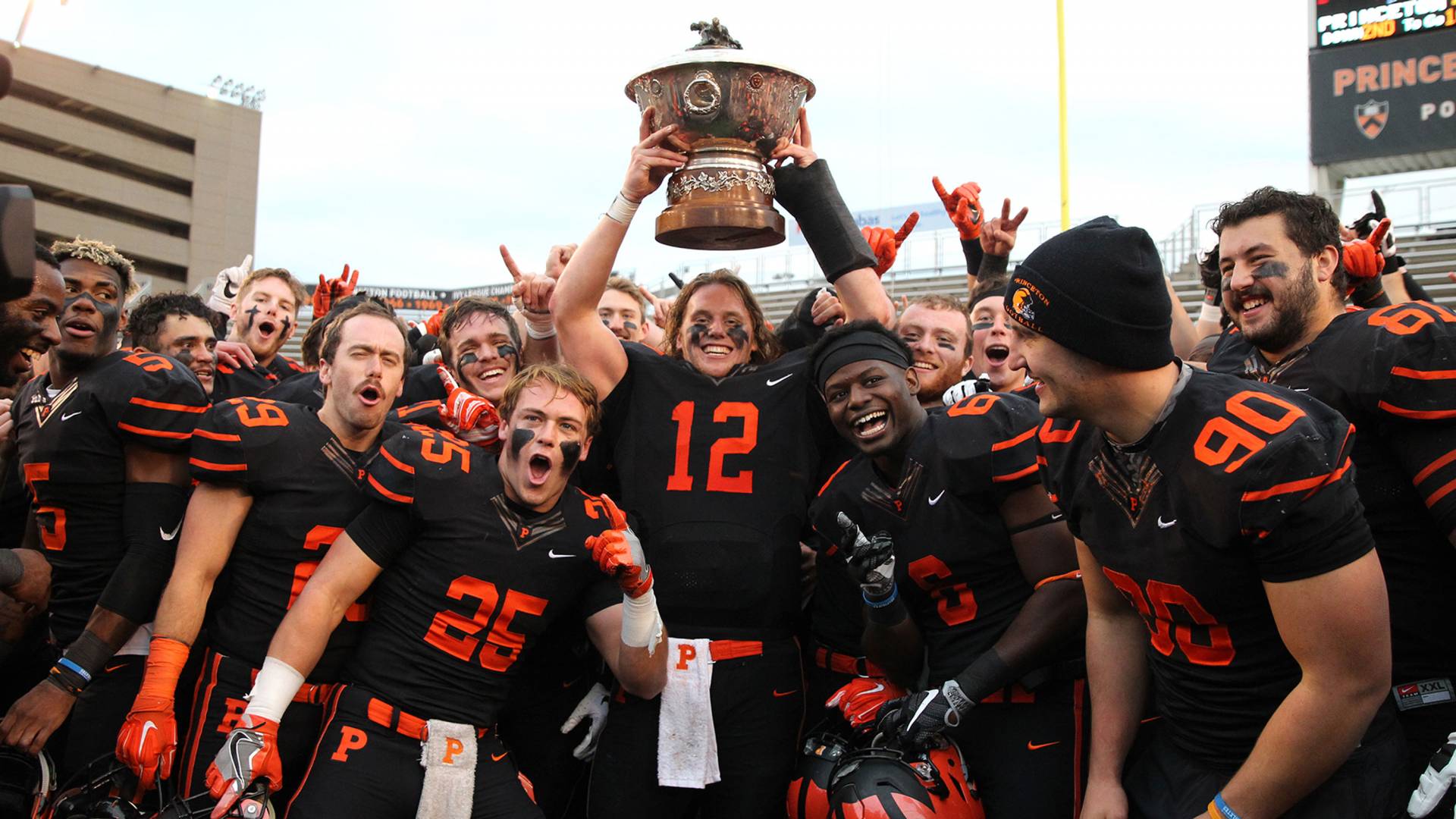 by the Office of Communications
Quarterback John Lovett hoists the Ivy League championship trophy after closing out an undefeated season on Nov. 17 versus Penn.

Student-athletes at Princeton made their mark during a successful fall season in which Tiger teams won four Ivy League championships and added a fifth from another league. 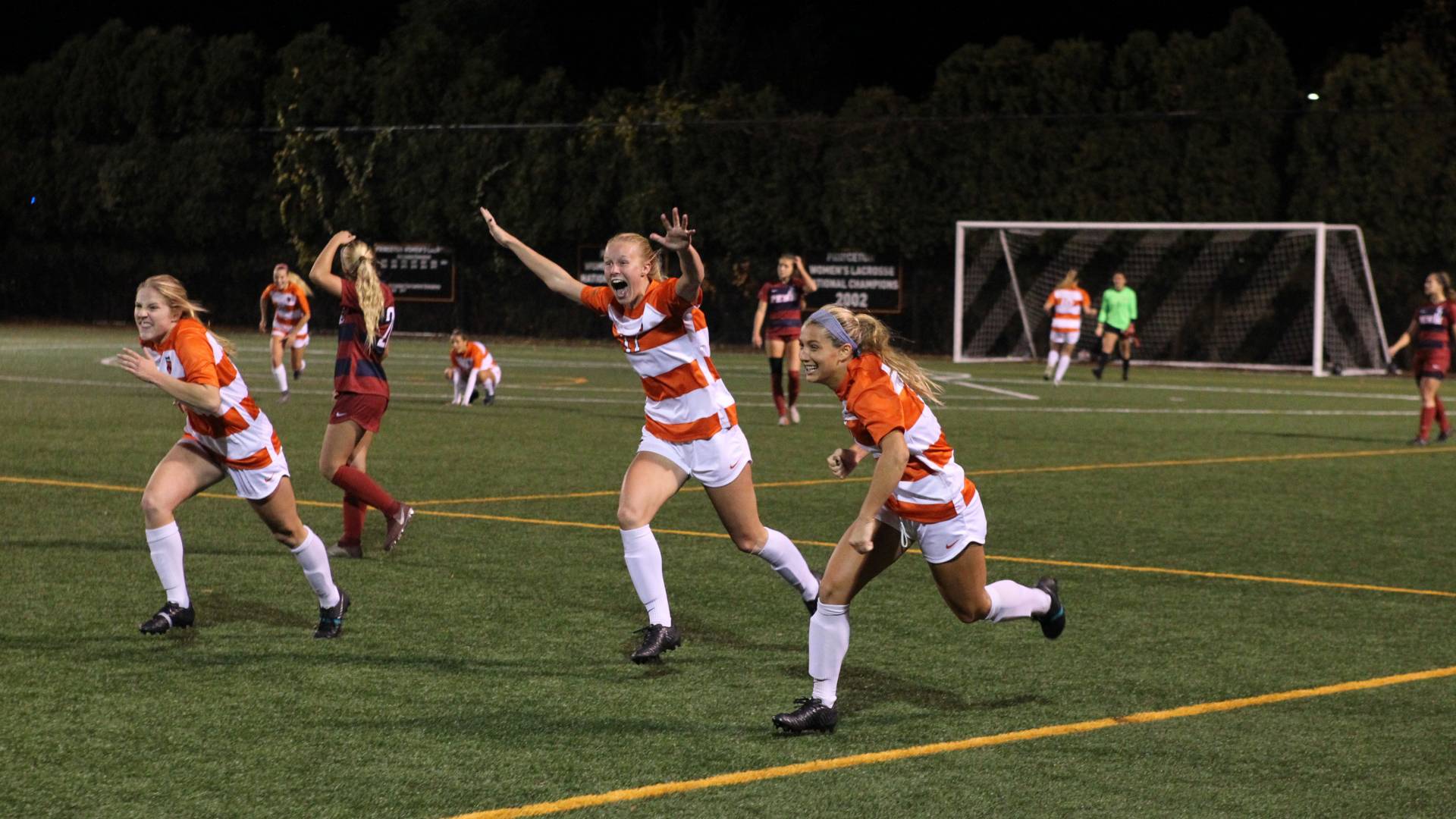 The women’s soccer team celebrates a 1-0 victory over Penn as time expires on Nov. 3.

As December draws to a close, Princeton ranks seventh in the Learfield Directors’ Cup standings, which determine the best overall athletic programs using a formula based on NCAA post-season participation and success. Princeton has received points in the standings from men's and women's soccer, men's and women's cross country, field hockey and men's water polo.

And that doesn’t include the football team, which swept all opponents in a 10-0 season, including victories over Harvard and Yale that earned the campus a bonfire celebration for the first time since 2013. It was Princeton’s first undefeated season since 1964, and the 2018 Tigers became the highest-scoring team in Ivy League history. 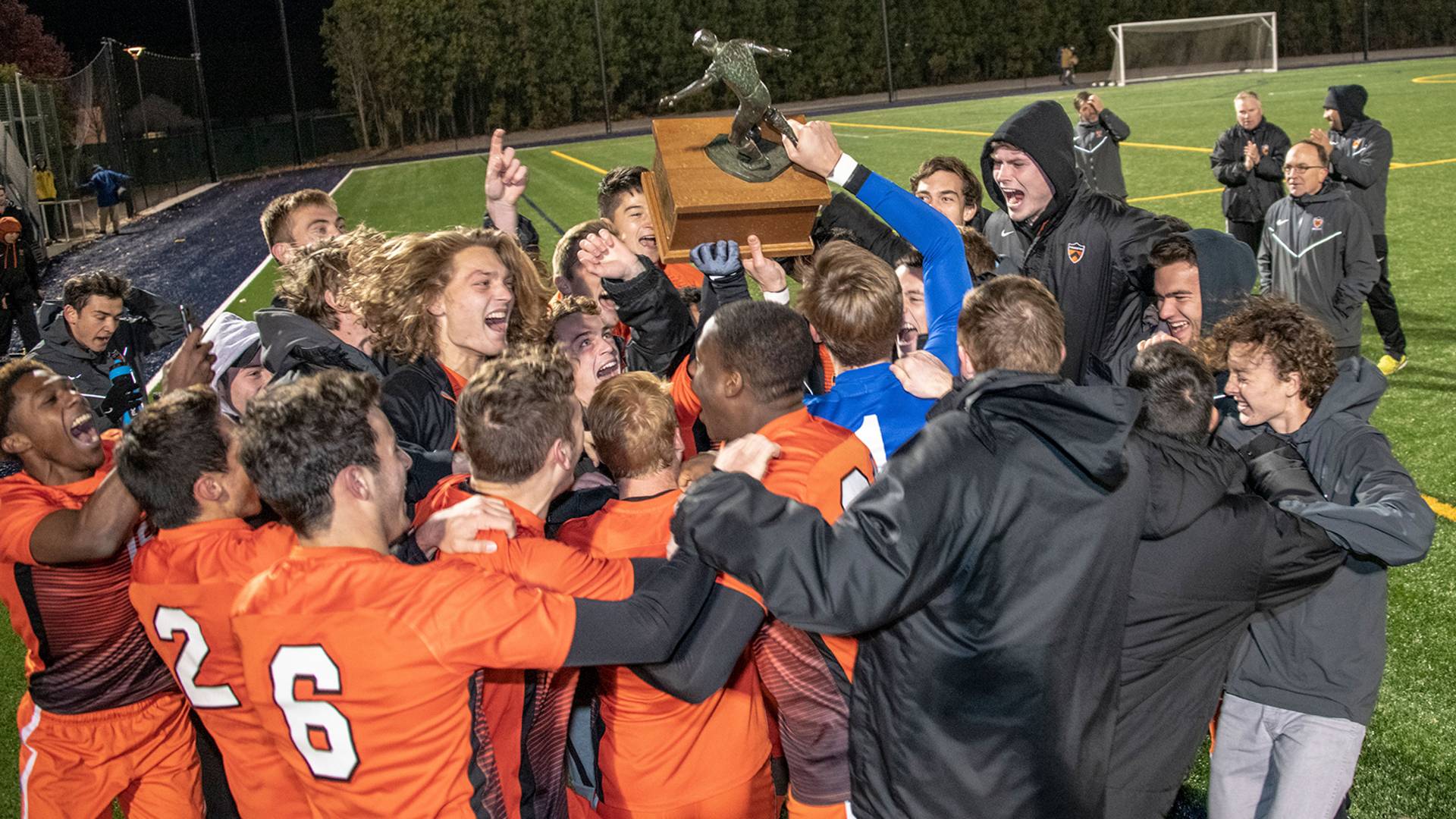 The men’s soccer team celebrates winning the Ivy League championship and a berth in the NCAA tournament.