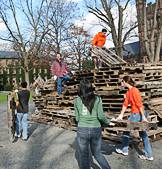 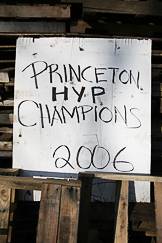 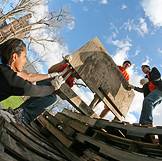 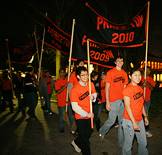 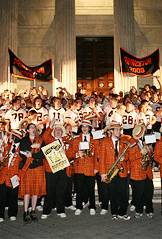 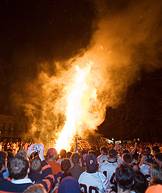 The University community celebrated Princeton's success in football this fall with the return on Friday, Nov. 17, of a campus tradition -- the bonfire.

The tradition, which dates to the late 1800s, today is observed when Princeton sweeps Harvard and Yale in football. The campus hasn't had a bonfire since 1994, but this year's Tigers earned the honor in an exciting fashion, defeating Harvard 31-28 and Yale 34-31 despite trailing both games in the fourth quarter.

In addition to celebrating those successes, the bonfire served as a rally for Saturday's game against Dartmouth at 1 p.m. in Princeton Stadium. A win would clinch at least a share of Princeton's ninth Ivy League football title. (UPDATE: Princeton defeated Dartmouth 27-17 for a share of the Ivy League title with Yale. For details about the game, visit the Princeton athletics Web site.) The University's field hockey and men's and women's cross country teams have already won Ivy titles this fall. 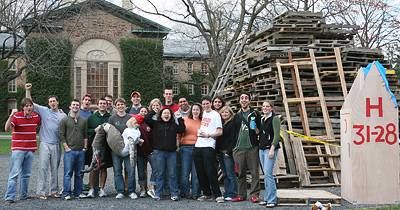 Undergraduates began constructing the fire early Friday morning on Cannon Green under the supervision of the University fire marshal and the carpentry shop. Each class took a two-hour shift, and by 3 p.m., organizers were ready for the crowning touch: an outhouse. Inside the outhouse was a effigy of a Yale bulldog, and near the top of the pyre was an effigy of John Harvard.

Shortly after 6 p.m., the University Band led the football team through campus and onto the steps of Clio Hall. Senior Alex Lenahan, president of the Undergraduate Student Government, welcomed the crowd and introduced President Shirley M. Tilghman, who congratulated Coach Roger Hughes and the team on "an awesome season." Senior Class President Jim Williamson then introduced Hughes, who thanked the crowd for coming to the event and for their support throughout the season. 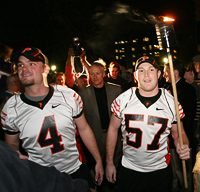 Hughes introduced football co-captains Jeff Terrell and Luke Steckel, who made their way with a torch to Cannon Green and lit the fire. The event, sponsored by the four undergraduate class governments, the Undergraduate Student Government and the Office of the Dean of Undergraduate Students, concluded with the singing of "Old Nassau."

According to the Princetoniana Committee website, the first reported instances of sanctioned bonfires at Princeton were to celebrate victories in baseball, not football. As football gained in popularity and as games with Harvard and Yale started taking place each year, the bonfire came to symbolize the capture of the Big Three title, a mythical award consisting primarily of bragging rights. 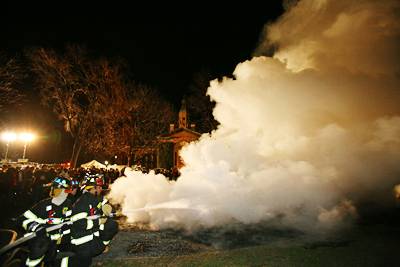