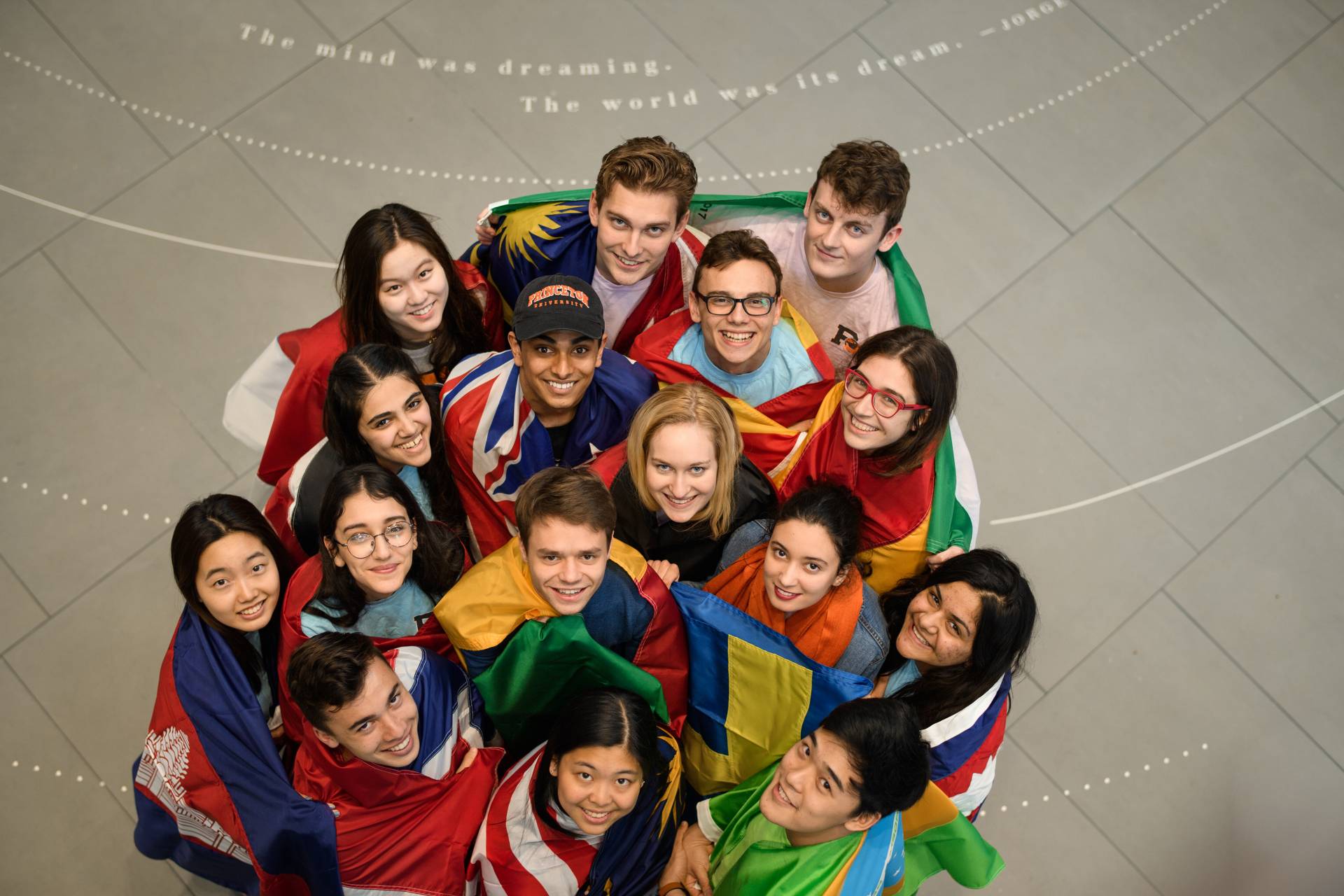 Harry Chiang, Class of 2019, was nervous coming to Princeton as a first-year student from São Paulo, Brazil. As he arrived in New Jersey for international student orientation, he had so many questions: How would he navigate college life in the United States? Would he fit in? His fears quickly disappeared, however, when he was welcomed to campus by the Davis International Center staff and a community of international undergraduate students called the Davis IC Leaders.

“One of the first actual Princeton students I met on this campus was an IC Leader,” Chiang said. She was friendly and welcoming, and made him feel more at ease with the transition. “It was a pivotal point for me, because [after talking to her] I realized that I didn’t need to feel worried that I wouldn’t be accepted.”

Now, three years later, Chiang has a formal position with the Davis Center as IC Leader Coordinator — a job that was inspired by his first days on campus. As coordinator, he ensures events run smoothly and helps to develop an overall narrative for programming throughout the year.

Chiang joined the Davis IC Leaders, a group made up of more than 20 undergraduate international and American students, in large part to contribute to the Davis Center’s three-day international orientation. He is passionate about being an ambassador and future mentor to new international students arriving at Princeton.

“The IC Leaders are responsible for all of the community-building that we do during orientation,” said Mariyah Salem, international program coordinator and adviser at the Davis Center. “Our staff runs logistics and informational sessions, but it’s the IC Leaders who play very active roles in social activities.”

These activities include making door decorations, helping students move into their residence halls, running a campus scavenger hunt and preparing a skit called “USA 101” to help international students learn the basics of living in the United States.

“It’s a very intense three days,” Salem said. “The IC Leaders build relationships with first-year students and answer any questions they might have — from academics to social life and travel. Anything except for immigration.”

The IC Leaders’ involvement does not end at orientation. The group plans between 15 and 20 events for the international community throughout the academic year. These events, which range from large-scale winter formals and programming for International Education Week to less formal movie and board game nights, are designed to keep international students connected to one another.

“One thing that we do that I think is really important is try to build a greater sense of an international community here at Princeton,” said Chiang, whose role is to liaise with the IC Leaders and members of the Davis Center staff. “We’re all from different countries and it’s not always apparent to everyone that, as internationals, we should connect and support each other. So we’re really trying to build more on that idea and foster a sense of community.”

The impact of the IC Leaders is far-reaching, especially for first-year students. Bobo Stankovikj,  Class of 2020, an IC Leader from Macedonia, remembers a time last year when he received a knock on his door from a new student who was struggling with a writing assignment. They didn’t know each other very well, but the student had seen Stankovikj at international orientation.

“We sat down and I helped him book a Writing Center appointment,” said Stankovikj. “I couldn’t help him with his writing, but I could make some hot chocolate and talk about the resources available at Princeton. That was the type of thing I wish I’d had my first year — a person to go to when I was feeling lost.”

A through-line for many of the IC Leaders is the commitment to enhancing the experience for new international students but also building the community of returning students at Princeton, said Salem.

“IC Leaders are excited to have their identities and the countries they are from be recognized on campus. But the overwhelming reason [they apply to become leaders] is because they want to give back.”

This year, the group is hoping to focus on new programming and finding new ways to serve the Princeton community, said Chiang. Part of that plan is collaborating with individual country and cultural groups on campus for events, and working with the Office of the Dean of Undergraduate Students to form a more traditional student organization to reach as many undergraduates as possible.

For many, being an IC Leader goes beyond just being part of a group. “It just feels like a real family with the other Davis IC leaders,” said Aditi Dhital, Class of 2020, who is originally from Nepal and joined the IC Leaders last fall.

“It’s just nice to know there are people on campus who understand and can support you through your frustrations, and experience all the good points, too,” she said. “I’m really glad to be a part of this program and I can’t wait to see where it goes.”

This story was published in Princeton's International Magazine.

'A listening ear and guiding voice': Meet the Directors of Student Life