by the School of Architecture

Robert Geddes, former dean of Princeton’s School of Architecture, is being honored with the Lifetime Achievement Award in the Inaugural Awards Gala for the Consortium for Sustainable Urbanization (CSU).

The award celebration will take place on Wednesday, March 20, at the Century Association in New York City and will recognize Geddes and four other individuals whose actions have influenced how we plan, design and manage our cities.

Geddes is the William R. Kenan, Jr., Professor of Architecture, Emeritus, and was the first dean of the architecture school, serving from 1965 to 1989. Last year, he received an honorary degree from Princeton at Commencement. 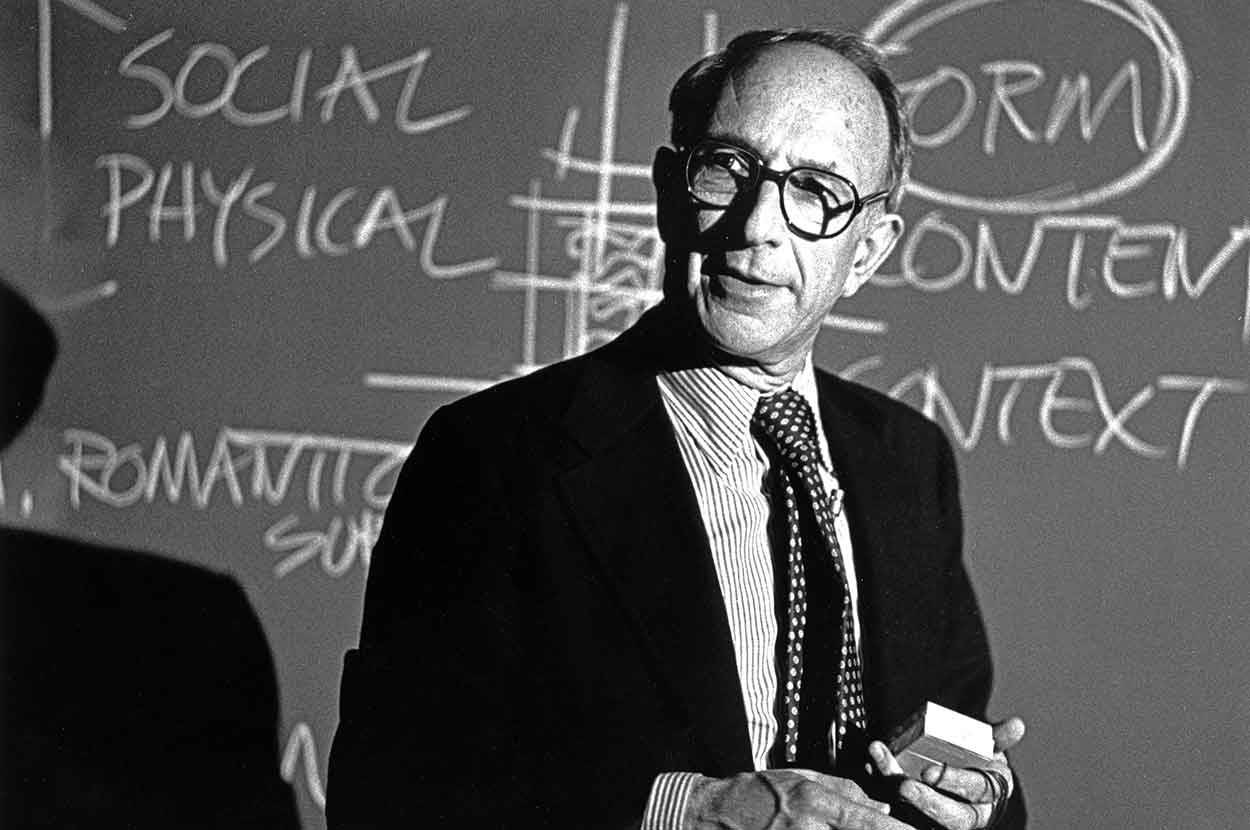 Photo (1979) courtesy of the State Library and Archives of Florida, www.floridamemory.com

With the support of CSU long-time partners UN-Habitat, and the American Institute of Architects New York Chapter, the award ceremony will include an opening presentation by Maimunah Mohd Sharif, United Nations under-secretary-general and executive director of UN-Habitat and introduced by Lance Jay Brown, FAIA, president of CSU, with the attendance of renowned design professionals in New York,  UN representatives, government and nongovernmental representatives, and academics.

The award citation for Geddes reads: “We honor Robert Geddes for his contribution to architecture and the education of generations of architects. He is the epitome of an architect who practiced what he preached. He believes that architecture is about finding a fit between function and cultural expression. He was a pioneer in architectural education, in connecting the AIA with the U.N. and in humanizing modern architecture. He has never wavered in his conviction that design is important to improving the quality of life for all.”

CSU is a New York based non-for-profit organization, accredited by the UN Economic and Social Council (ECOSOC). Its purpose is to advocate for responsible and enlightened planning and design. Since 2008, CSU has actively participated in building bridges between the design community, the general public and the United Nations to foster exchange of best practices and innovations on sustainable urbanization.

Through successful conferences at the UN Headquarters, UN-Habitat World Urban Forums, Habitat III, and the Center for Architecture of New York, CSU has established greater synergies between leading partners in urbanization, providing unique opportunities for high-level UN representatives, national and local governments, architects, engineers, urban planners, the private sector, foundations, academia and civil society to interact on pressing issues related to sustainable cities, such as: the role of urban design and planning, migration, climate change, digital technology, infrastructure, health and equity among others.

CSU has been actively engaged in the adoption of the 2030 Agenda for Sustainable Development in New York in 2015 and the New Urban Agenda at the Habitat III Conference in Quito in 2015. CSU remains instrumental in providing key recommendations and ideas to achieve the Sustainable Development Goal (SDG) 11 “Make cities and human settlements inclusive, safe, resilient and sustainable” and to implement the New Urban Agenda, as well as the Paris Agreement.

The Gala Award celebration will provide a momentum for CSU to congratulate and recognize the engagement and collaboration of its partners and allied organizations in promoting a better understanding of the role of sustainable urbanization and resilient design in the planning of our cities.

See Geddes' website for additional information on his career and work.