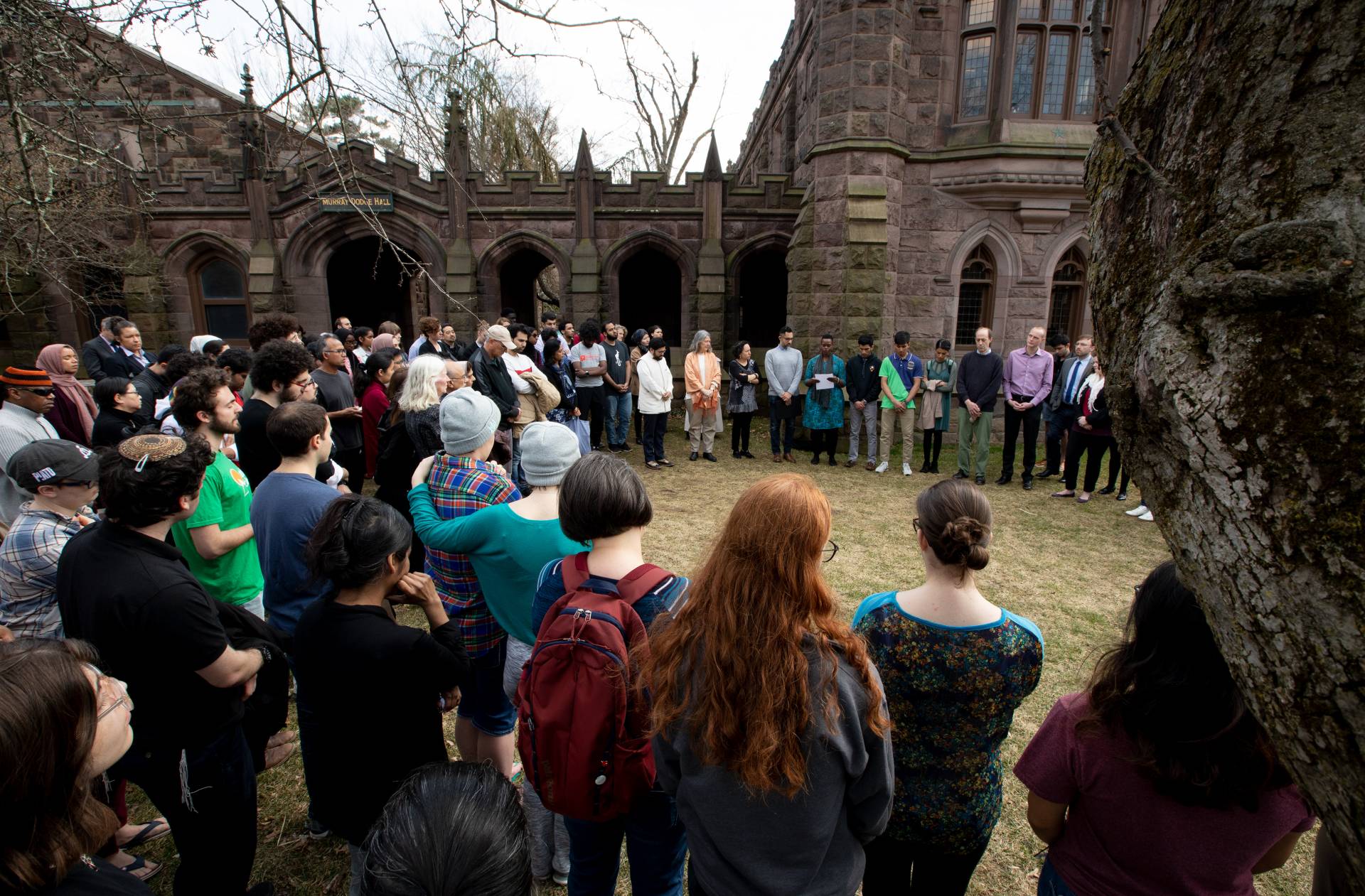 Members of the Princeton University community gathered Friday, March 15, on the lawn outside Murray-Dodge Hall to honor victims of the shootings at two mosques in Christchurch, New Zealand.

Nearly 100 members of the Princeton University community gathered Friday afternoon to honor the memory of those killed in the March 15 terror attack in Christchurch, New Zealand. The vigil was held following the killings of at least 49 people at two mosques during midday prayers.

Princeton faculty, staff and students stood in a circle on the lawn of Murray-Dodge Hall as Office of Religious Life chaplains extended sympathies to those affected by the attacks and to Muslims across the world.

“I want to thank all of you for standing in solidarity,” said Imam Sohaib Sultan, Muslim chaplain and coordinator of the Muslim Life Program. “Some of you know each other's names, others don't, but we're all bonded together by the human spirit." Sultan then recited lines from the opening chapter of the Quran.

The Rev. Alison Boden, dean of religious life and the chapel, said the campus vigil was a “sad but helpful custom when things like this happen.” She recalled mourning victims from other mass shootings in recent years, such as the Tree of Life synagogue in Pittsburgh, Pulse Nightclub in Orlando, Emanuel African Methodist Episcopal Church in Charleston, South Carolina, and other attacks.

“Another brutality. Another life lost. Another massacre in a holy and sacred space,” said the Rev. Theresa Thames, associate dean of religious life and the chapel. “So, we pray and weep together. We pray that our fear will move us to peace and justice that has no end.”

The gathering also included readings from Rabbi Julie Roth, executive director of the Center for Jewish Life, and Vineet Chander, coordinator of the Hindu Life Program.

“The most important thing we can do at this time is to gather and be together as a community,” Sultan said.

Vigil will be held in response to New Zealand mosque attacks