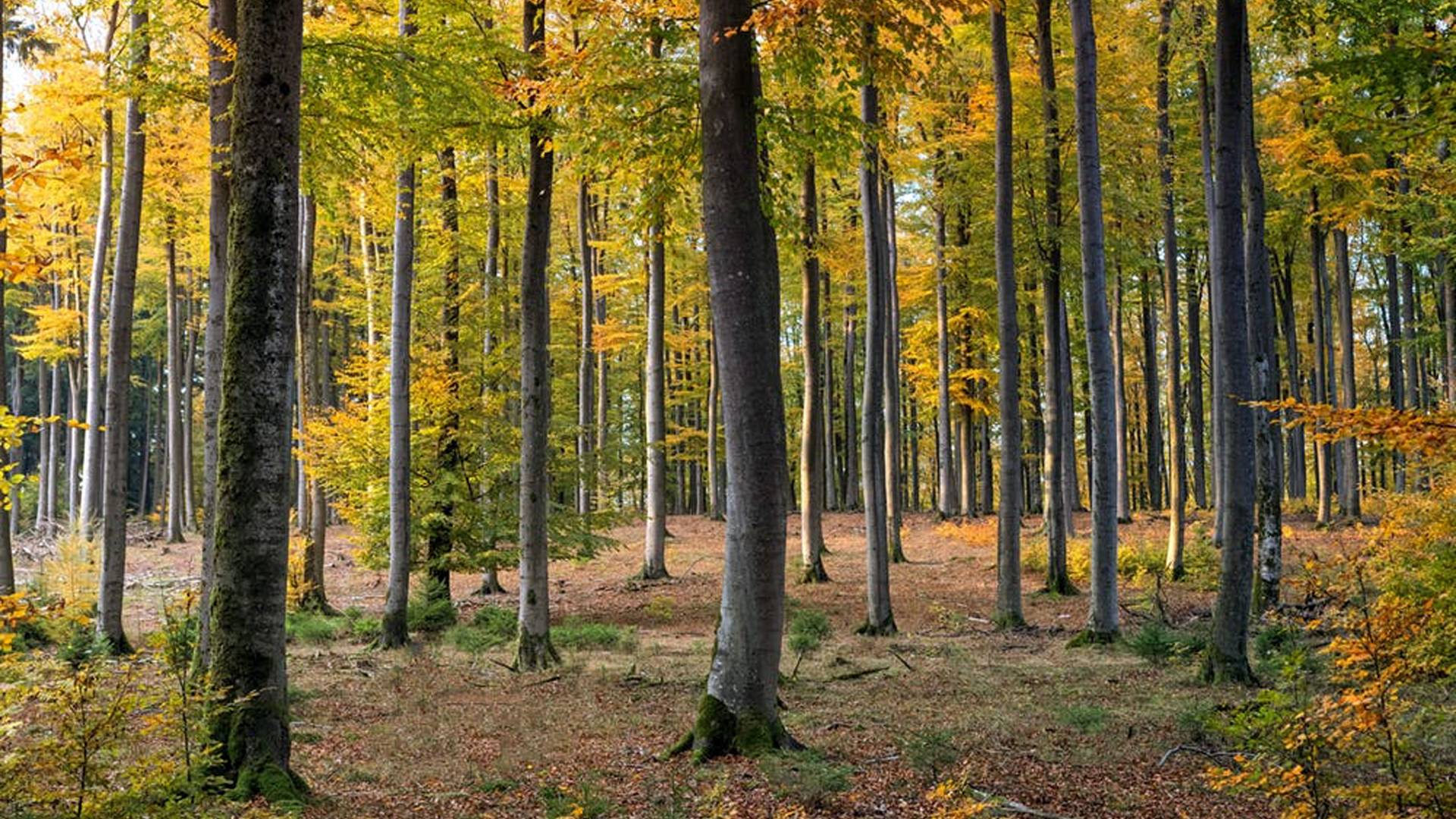 Princeton University researchers report that the distribution of forest types worldwide is based on the belowground relationships plant species forged with soil-dwelling microbes such as fungi and bacteria to enhance their uptake of nutrients. They report that trees and shrubs came to dominate specific biomes by evolving the most competitive arrangement with local soil microbes — and cutting competing plants out of the action.  These symbioses could help scientists understand how ecosystems may shift as climate change alters the interplay between plants, microbes and soil.

Dense rainforests, maple-blanketed mountains and sweeping coniferous forests demonstrate the growth and proliferation of trees adapted to specific conditions. The regional dominance of tree species we see on the surface now, however, might actually have been determined underground long ago.

Princeton University researchers report that the organization of forests worldwide — such as conifers in northern boreal forests or the broad-leafed trees of the tropics — are based on the ancient relationships that plant species forged with soil-dwelling microbes such as fungi and bacteria. These tiny organisms, known as symbionts, enhance the roots’ uptake of the crucial nutrients nitrogen and phosphorus.

The researchers reported in the journal Nature Ecology and Evolution that trees and shrubs came to dominate specific biomes by evolving the most competitive arrangement with local soil microbes — and cutting competing plants out of the action.

The biome-specific dynamics between plants and soil microbes could help scientists understand how ecosystems may shift as climate change brings about warmer temperatures that alter the interplay between trees, microbes and soil, the researchers report. Because the most competitive symbiotic arrangements for a particular biome triumph, scientists would only need to understand how an ecosystem is changing to gauge which vegetation will be moving in and which will be moving out. The research was supported by the Carbon Mitigation Initiative based within the Princeton Environmental Institute (PEI).

“The pattern we found can be used to tell us the landscapes that are more sensitive to human disturbance,” said senior author Lars Hedin, the George M. Moffett Professor of Biology and professor of ecology and evolutionary biology and the Princeton Environmental Institute. “It will predict what communities of trees will go where, their effect on the environment, and how they will respond in the future to climate change and increased carbon dioxide.”

First author Mingzhen Lu, a postdoctoral research associate in the Hedin lab, said that symbioses arose because plants needed microbes to unlock the nutrients — particularly nitrogen and phosphorus — released through soil decomposition. In return, the fungi and bacteria thrive on the carbohydrates that plants provide from photosynthesis. Lichen — the frilly white-green algae-fungus amalgamations that grow on rocks and trees — are an early example of this cooperation.

“The moment plants colonized the land, they formed symbioses,” Lu said. “The evolution of those new, powerful symbioses allowed plants to colonize new lands. This biology powers the global carbon and nutrient cycle.”

Lu and Hedin focused on trees and shrubs and found that as the plants spread across the globe, they carved out biomes using the nutrient advantage their relationship with microbes bestowed on them, Lu said. For example, maple trees will set conditions so that competing trees can’t grow in the areas maples inhabit.

“This is a perfect example of how biological organisms can shape the surrounding environment in favor of themselves,” Lu said. “This suggests to us that once the correct biological mechanisms are included, changes in the land can be predicted, but those forecasts need to capture belowground dynamics. By figuring out the most competitive symbiosis under specified conditions, we can determine how plant communities will evolve and develop in that biome in the future.”

Lu and Hedin used a game-theory model that allowed plants to use different belowground strategies for acquiring nutrients. Their model examined trees and shrubs — known as dominant vegetation — in tropical, temperate and boreal forests. They looked at biome conditions such as sunlight and nutrient turnover to examine the most competitive symbioses that will emerge if ecosystems are allowed to change and mutate naturally. They factored in the amount of carbon and nutrients that cycle through a particular biome, as well as how it responds to disturbances and how plant populations replace each other through succession.

Their model revealed that specific local interactions between plants, soil and nutrients are suitable for those areas. For instance, boreal trees have developed symbiotic relationships tailored for spongy boreal soils, but not the sodden soil of a tropical forest.

“Our findings show that the relationship between plants and their symbionts is central to understanding the organization and history of the land biosphere,” Hedin said.

The Hedin lab at Princeton previously found that plants may have a more active role in their evolution — and the formation of natural systems — than they are given credit for. In February 2018, Hedin and Lu reported in the journal Nature that the proliferation of plant life across the globe may have been propelled by root adaptations that allowed plants to become more efficient and independent.

In 2015, a paper in Nature Plants suggested that plants found in areas otherwise unsuitable for them — such as nitrogen-poor rainforest soils — use secretions to invite soil bacteria known as rhizobia to infect their roots cells. In a give-give relationship similar to that described in the latest publication, the rhizobia convert atmospheric nitrogen into fertilizer in exchange for carbohydrates. This interplay creates a nitrogen cycle that benefits surrounding vegetation.

“Plants have long created the conditions for their own success. What’s important is that we are now better understanding how this works based on our models,” Hedin said.

“Our new model shows that plants have competed for soil resources and in doing so they have harnessed the help of symbiosis and this has made them successful,” he said. “The resulting relationship has been so powerful that not only have they helped other trees and plants, but they also have transformed the environment.”

The paper, “Global plant–symbiont organization and emergence of biogeochemical cycles resolved by evolution-based trait modelling,” was published in the February 2019 edition of Nature Ecology and Evolution. This work was funded by the Princeton University Dean of the Faculty Fund and the PEI Carbon Mitigation Initiative.