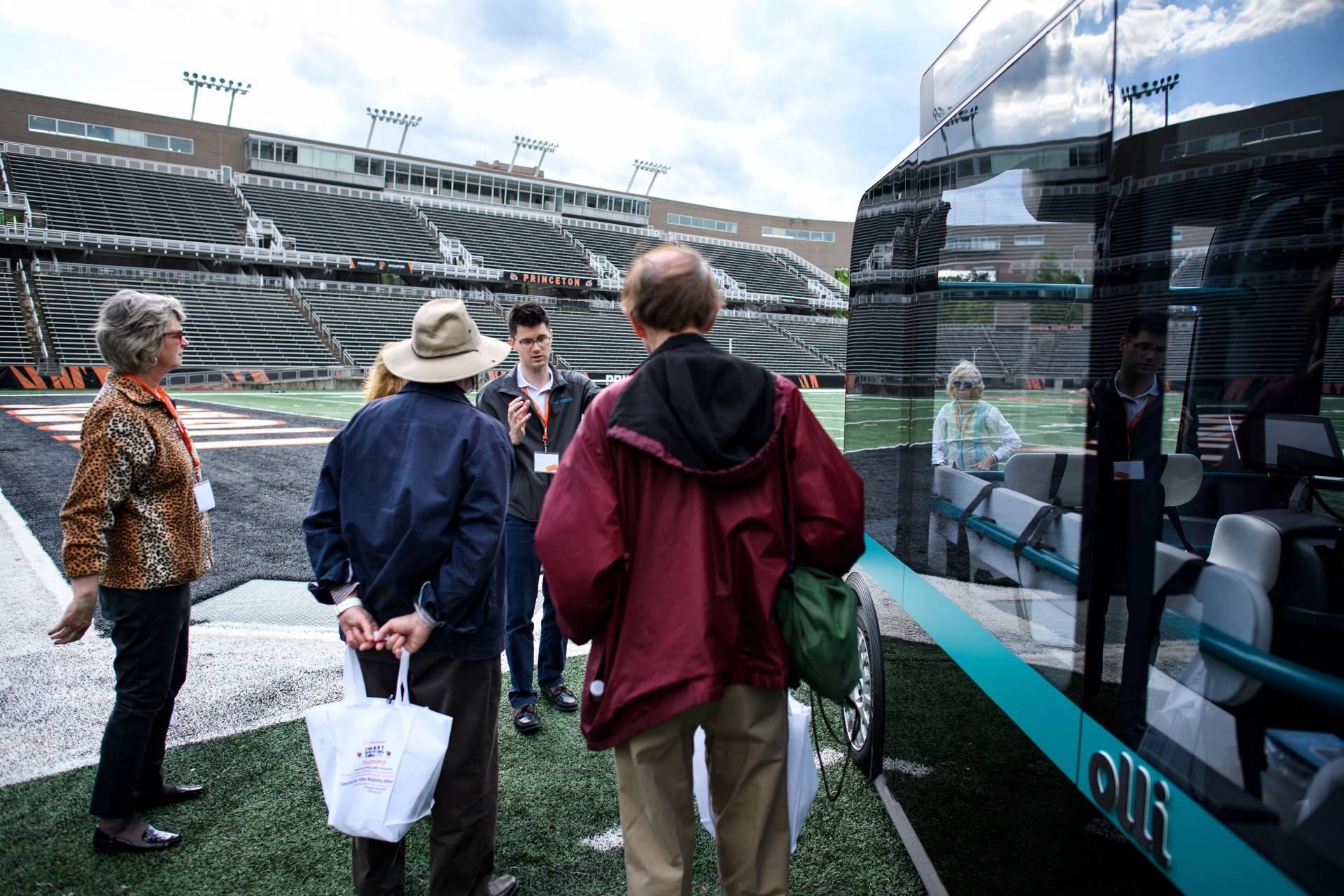 SmartDriving Car Summit focuses on mobility for all

A two-day conference at Princeton University convened technologists, industry representatives, policymakers and advocacy organizations to discuss how best to use autonomous driving technologies to promote mobility for underserved populations. Here a representative of the company Local Motors shows conference participants a self-driving group-transit vehicle called Olli. The vehicle was later used in a demonstration in Princeton Stadium for people with autism.

As autonomous vehicles approach widespread adoption, it’s critical that diverse groups collaborate on policies and other measures that ensure the technology benefits people most in need of transportation, according to participants in a conference at Princeton last week.

"Mobility machines offer the opportunity to level the playing field, especially for the people who, for whatever reasons, are disadvantaged in their day-to-day travel,” said Alain Kornhauser, a professor of operations research and financial engineering at Princeton. "What do we need to do to make sure these technologies are inclusive rather than exclusive?"

Kornhauser was a lead organizer of the third annual SmartDriving Car Summit on May 15 and 16. The event drew more than 200 participants representing municipalities, state governments, automakers, technology companies, university researchers and advocacy groups. Kornhauser said a goal of the summit was to bring together the many stakeholders needed to deal with insurance, regulations, technology, logistics and community needs — "all the challenges associated with creating a welcoming environment, so that this technology can actually come out and provide the mobility services that they are supposed to provide." 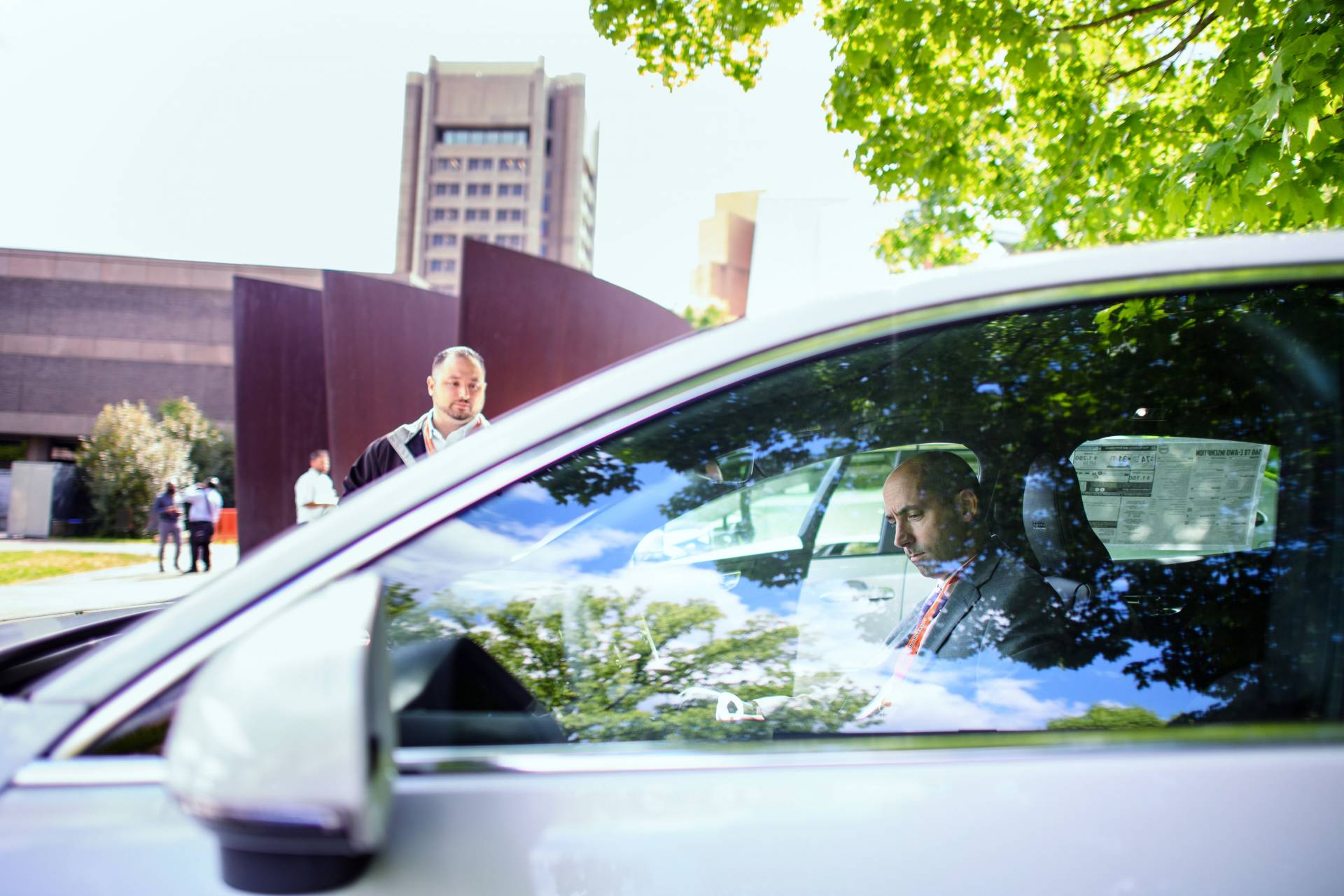 The two days included multiple keynote talks and panel discussions as well as demonstrations and exhibits of emerging technologies. Alain Kornhauser, professor of operations research and financial engineering, was a lead organizer of the conference.

The two days included multiple keynote talks and panel discussions as well as demonstrations and exhibits of emerging technologies. The conference was supported by numerous corporate sponsors, including Intel, Local Motors and Velodyne.

One research group at Rutgers University used the opportunity to  work with people with autism spectrum disorder as they experienced a simulation of riding in a driverless transport system called the Olli.

"Everyone was so positive about the technology and the improvement it could bring to their lives," said Cecilia Feeley, transportation autism project manager at the Rutgers Center for Advanced Infrastructure and Transportation, who conducted the study.

In another demonstration, Falci Adaptive Motorsports, a nonprofit venture started by neurosurgeon and Princeton alumnus Scott Falci, showed a NASCAR racing vehicle that is adapted to allow people with disabilities to experience driving a high-end sports car. 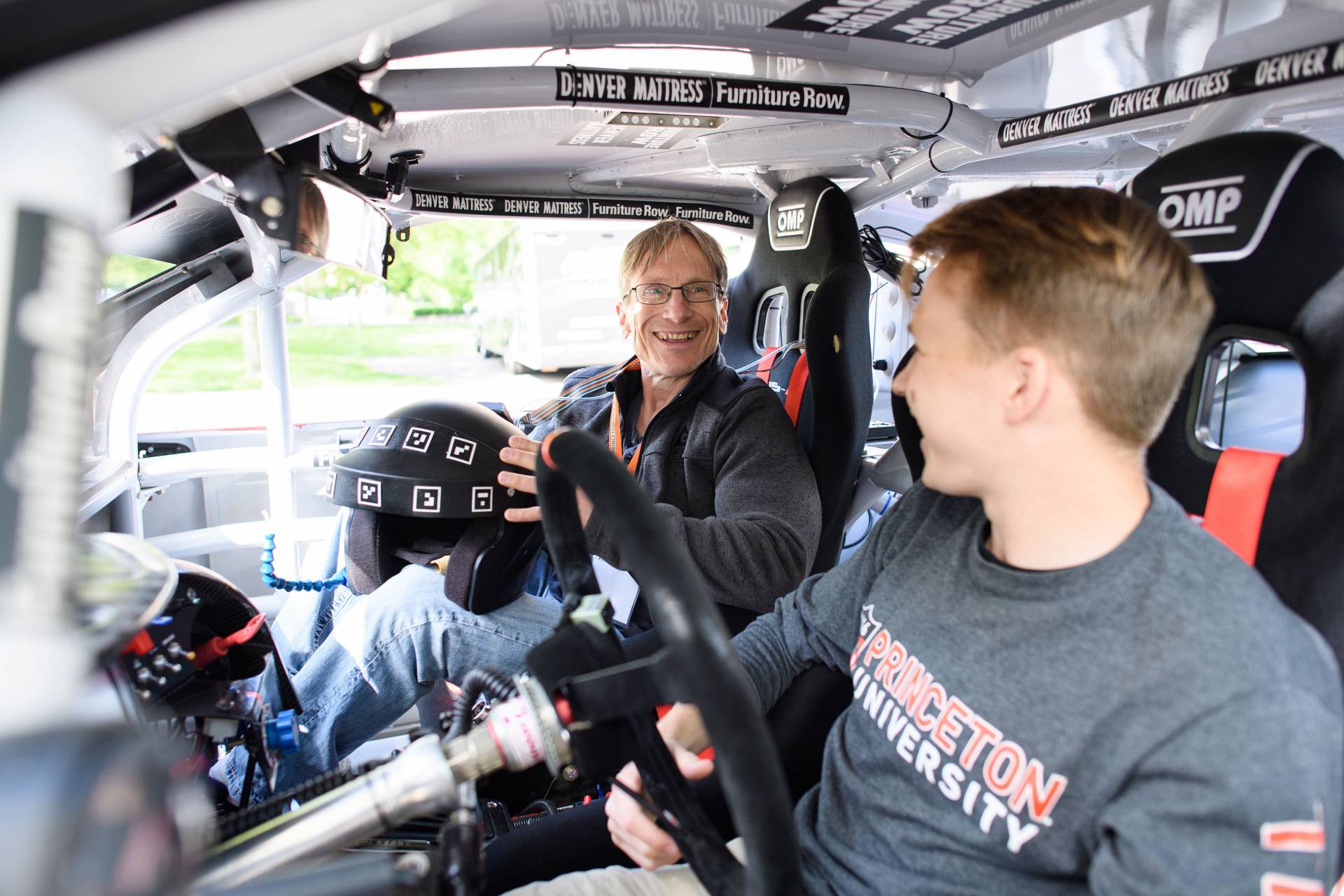 Among the demonstrations at the conference, Princeton alumnus Dr. Scott Falci, a neurosurgeon, showed participants a NASCAR vehicle that has been fitted to allow people with physical disabilities to experience driving a high-end sports car. Falci (back), founder of Falci Adaptive Motorsports, demonstrates the vehicle to William Makinen, Class of 2022.

Kornhauser said local communities have the chance to play a critical role in how the new technology develops by testing services and adopting those that work. "Most roads are owned by local jurisdictions," he said, noting that he plans to work with local and regional communities in New Jersey to start a demonstration project. "Somebody has to take the lead," he said.

Conference speaker Vinn White, senior transportation adviser for New Jersey Gov. Phil Murphy, said the state supports transportation innovation and would be open to learning more about autonomous driving technology projects that increase mobility for underserved, disabled or aging populations, so long as the developments do not come at the expense of existing public transportation investments, such as NJTransit.

White called on the conference participants to propose solutions and provide case studies to clearly define where the help is needed and for municipal partners to come forward to share ideas.

"Does it make the whole of New Jersey stronger and fairer?" White said. "We will willingly explore a partnership if the purpose for the deployment makes sense for the people of New Jersey."

One critical need, he said, is helping riders move between their homes and train stations and bus stops. Known as the “first-mile/last-mile challenge,” this has long been a problem for mass transit systems, particularly for riders for whom it is difficult or impossible to walk to a station. 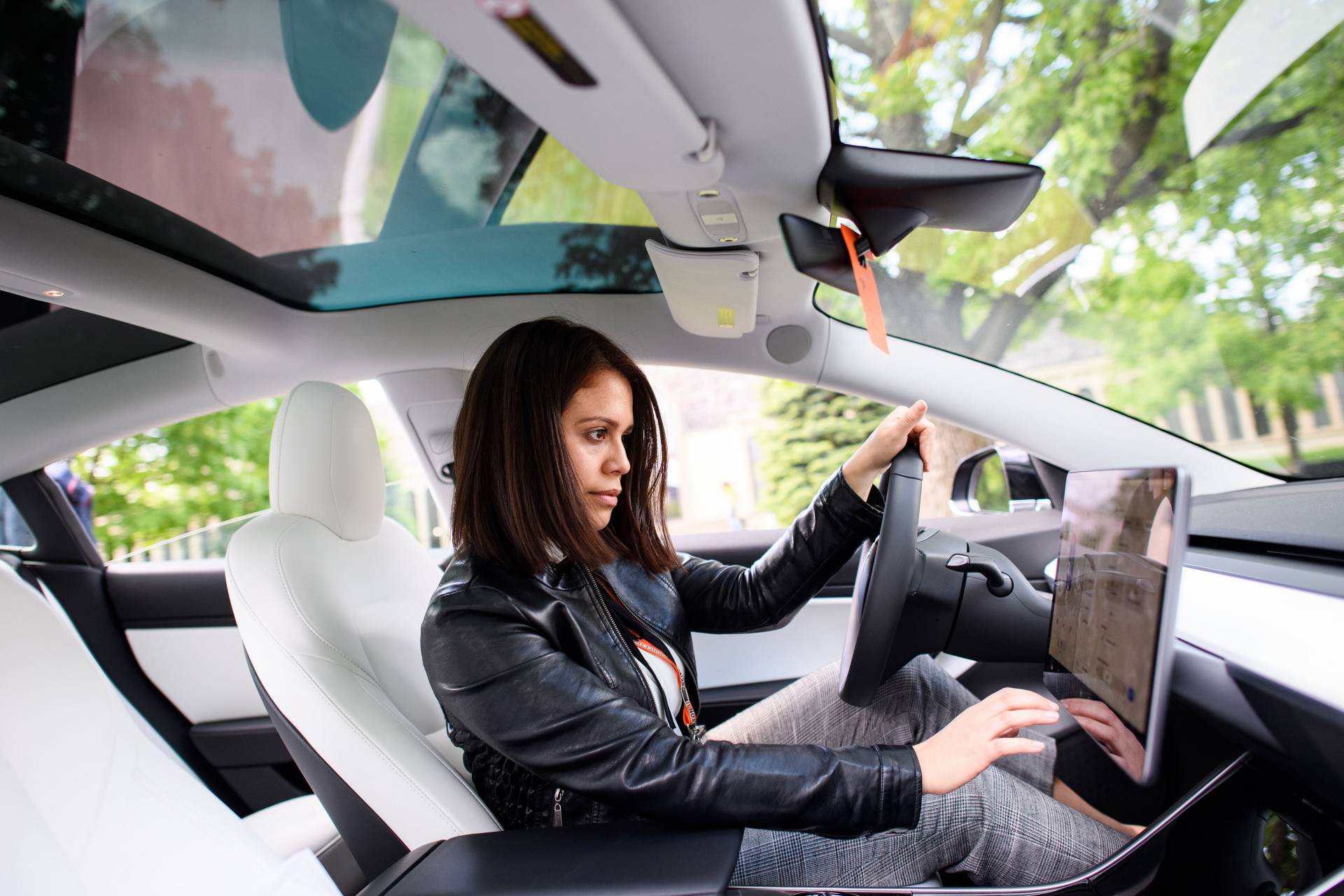 Conference participant Nathalie Martinez, a research analyst at the University Transportation Research Center, checks out a Tesla electric vehicle on display at the symposium.

Autonomous vehicles could play a very important role "in the future of transportation and I think they can have a truly beneficial impact on mobility for older people," Freund said. "But I also think we should not expect them to replace human interaction at every step along the way, as it is simply not replaceable when it comes to warmth, caring and reassurance."

Freund said the conference was an excellent opportunity to discuss such issues. "So many rapid fire, interesting presentations, and so many interesting people to engage in conversation," she said. "I just loved it, and I hope I can come again."

Princeton team advances to next stage in 'urban challenge' competition