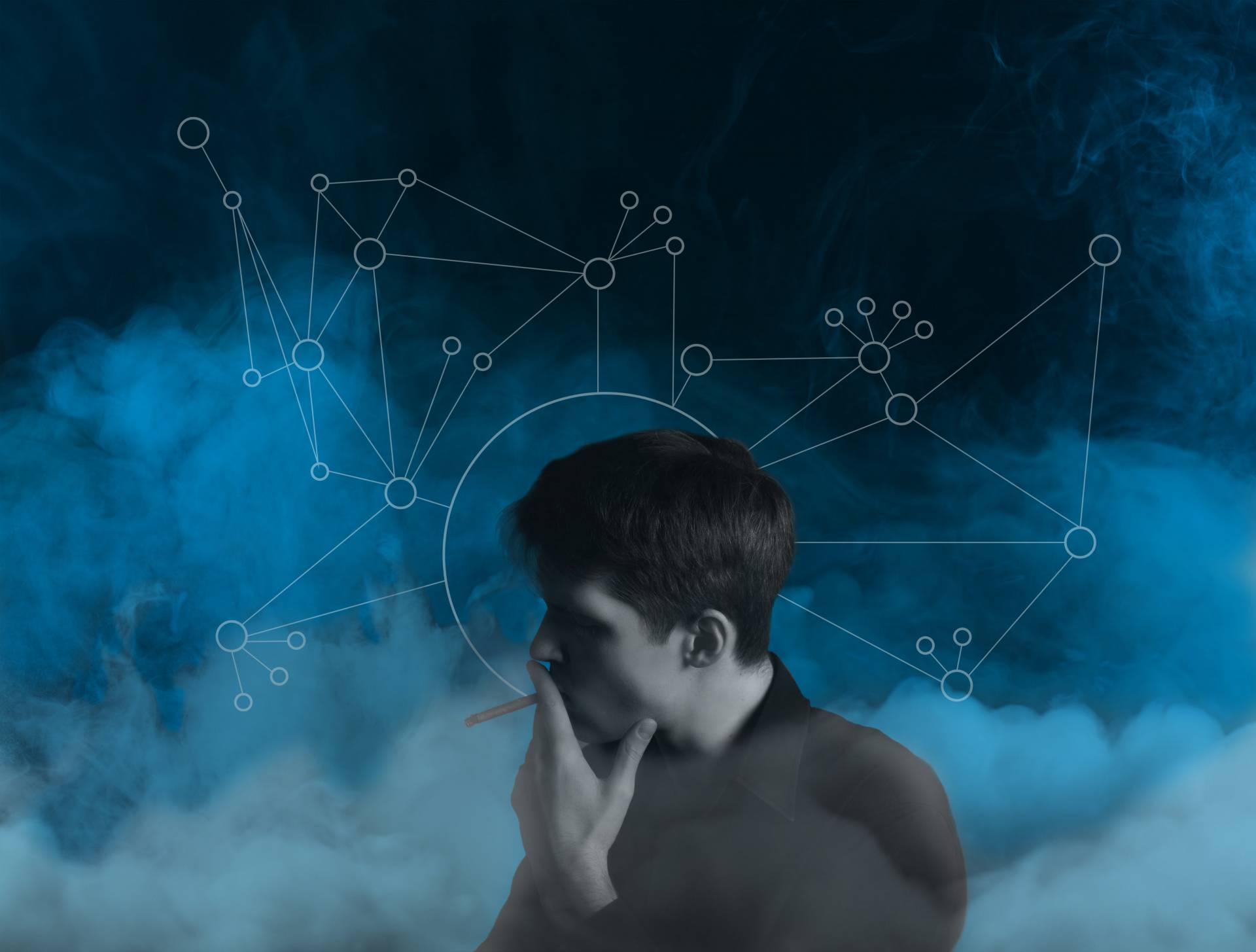 Researchers at Princeton suggest that teens are influenced to smoke not only by their peers but — surprisingly — by their peers’ genes. New evidence on teen smoking behavior points to the genes of people around us, the genetics of our social environment, as significant factors in why some people take up risky behaviors, like smoking.

Adolescence is a time of dramatic change. It marks a period of significant physical transformation — such as the drive toward sexual maturity. But it can also be a time of considerable psychological change and social experimentation.

In the United States and elsewhere, such experimentation often takes the form of behaviors deemed deviant or risky. Tobacco use among teens is one such risky behavior. A U.S. Department of Health and Human Services statistic from 2014 noted that most smokers begin the habit during their early teenage years. And it is during these years that this habit typically coalesces into an addiction.

Yet the reasons many adolescents take up smoking are little understood. Social scientists have variously attributed teen smoking to several factors, including, chief among them, genetic predisposition and the influence of peers. Evidence suggests that in some people the propensity to smoke — and the addiction to nicotine — may be partially governed by genes. At the same time, it is known that peer smoking increases one’s risk of taking up the habit.

But few researchers have attempted to combine these two explanations into a coherent hypothesis.

“It’s interesting to think about how social forces and genetic forces, which we usually think of as two separate things, can come together,” said Ramina Sotoudeh, a graduate student in sociology at Princeton and the first author of a paper recently published in the Proceedings of the Natural Academy of Sciences that investigates the interplay of genetics and the social environment on teen smoking.

Sotoudeh and her colleagues suggest that a teen’s decision to smoke is influenced by the genetic makeup of that teen’s peers — especially if those peers have a genetic predisposition to smoke.

It is well known that genetic material — in the form of DNA — is passed from parents to offspring, and that certain dominant genes can play a role in the expression of a particular trait, such as eye color. It is also known that a mix of several genes can predispose people toward certain behaviors.

But there is also evidence from recent studies that the parents’ non-transmitted genes — genes that are not passed on — can affect their children.

“Your parents’ genes affect you in terms of your education and your health,” said Dalton Conley, the Henry Putnam University Professor of Sociology at Princeton and senior author of the study. “This includes not just the genes that they gave you when they conceived you, but also the genes they didn’t pass on. These end up affecting you because it affects their behavior and therefore it affects how you turn out.”

Perhaps even more astonishing, there is mounting evidence suggesting that the behavior of an individual can be influenced by the genes of an unrelated individual — such as a peer or friend.

Studies conducted on certain animals — like mice — have demonstrated evidence that the genes of an unrelated mouse can influence the behavior of another mouse when the two are kept together, when they are “cage mates.” In the parlance of biology, this is an instance of the genotype (the genetic makeup) of one individual influencing the phenotype (the physical characteristics) of an unrelated individual.

This concept is often referred to as a “social genetic effect” or an “indirect genetic effect,” Sotoudeh said. However, she and her colleagues use the term metagenomics, a word borrowed from microbiology, to explain this phenomenon. In microbiology, it denotes all the genetic material of many individual organism present in an environmental sample.

“In our case, metagenomics refers to the ‘landscape’ or ‘ecology’ of other people’s genes around us,” Sotoudeh said. “It’s the genomic ‘landscape’ of your social environment.”

To investigate the metagenomic effects of smoking, the researchers used data from the National Longitudinal Study of Adolescent to Adult Health. This is a nation-wide study, began in 1994-95, that sampled students from 132 middle and high schools across the United States. It collected data on the students’ health, behavior and genetics.

Sotoudeh and her colleagues measured a student’s genetic propensity to smoke based on what is called a polygenic score. This measurement includes the contribution of all genetic variants identified as contributing to a particular phenotype – in this case, a propensity to smoke.

The researchers used these polygenic scores to explore the relationship between an individual’s smoking behavior and his or her peers’ genetic propensity to smoke. The most significant finding, the researchers deemed, was at the grade-level, which was considered a quasi-random distribution because the students did not choose their peers — they were in essence “thrown together” by virtue of age. The polygenic scores for each person in the grade were calculated and converted to an average score that represented each particular grade. Each individual in that grade was then evaluated with reference to the average polygenic score for the grade to which they belonged. The researchers then asked the question: “If you happen to be in a grade that has a high average polygenic score, are you also more likely to smoke?”

They further discovered that a minority of students with a high genetic risk to smoke — what the researchers called “bad apples” — play a particularly disproportionate role in increasing the likelihood of those around them to smoke. However, students with a very low genetic risk of smoking did not have a protective effect on their peers.

They believe that this is likely the result of smoking’s visibility as compared to some other activity that does not have an active, visible component. “It’s hard to spread not doing something,” said Conley. “It’s easier to spread doing something.”

Metagenomic studies like this are shedding new light on the old debate about nature versus nurture. They are demonstrating that genes and the environment are constantly involved in a complex interplay that is often mediated by our social environment — by our family, our friends and our peers. Consequently, there isn’t a clear distinction between the effects of genes, on the one hand, and the environment, on the other.

“Our study is another important ‘brick out of the wall’ between nature and nurture,” Conley said. “The notion of nature versus nurture as two distinct effects or forces acting on us is really falling apart.”

Practically, the researchers believe that the results from this study can help guide public policy. Prevention programs aimed at curbing adolescent smoking might benefit from the insights the paper highlights — especially the influence of peers on an individual’s smoking behavior.

The paper, “Effects of the peer metagenomic environment on smoking behavior,” by Ramina Sotoudeh, Kathleen Mullen Harris and Dalton Conley, was published online Aug. 13 in the Proceedings of the National Academy of Sciences (DOI: 10.1073/pnas.1806901116). This work was supported by the Eunice Kennedy Shriver National Institute of Child Health and Human Development (NICHD), and 23 other federal agencies and foundations. This research used Add Health GWAS data funded by NICHD Grants R01 HD073342 and R01 HD 060726.