Solar and wind farms are popping up around the country to lower carbon emissions, and these renewables also have another important effect: keeping more water in the ground.

A new Princeton University-led study in Nature Communications is among the first to show that solar and wind energy not only enhance drought resilience, but also aid in groundwater sustainability. 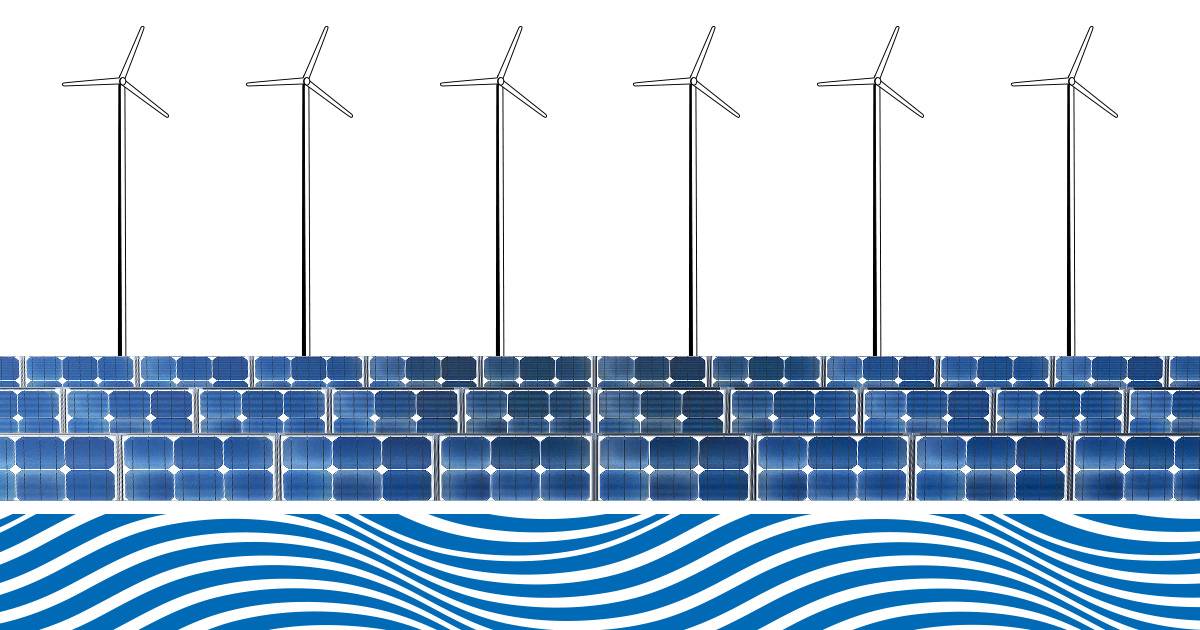 Using drought-prone California as a case study, the researchers show that increased solar and wind energy can reduce the reliance on hydropower, especially during drought. Consequently, this could help divert more surface water from hydropower to irrigation, thereby reducing overall groundwater abstraction.

While the scope of this study focused on the United States, the framework can also be applied internationally, especially for policymakers working to meet the U.N.’s Sustainable Development Goals, said lead author Xiaogang He, who worked on the study as a Ph.D. student at Princeton. He is now a Water in the West postdoctoral fellow at Stanford University.

“Traditionally, the social value of solar and wind energy has mostly been focused on air pollution mitigation and carbon emission reductions,” said He, an incoming assistant professor in the department of Civil and Environmental Engineering at the National University of Singapore. “However, if we look at the problem from a different angle — like the water-food-energy nexus — then our paper identifies some unrecognized and under-appreciated effects that have been overlooked in past studies.”

He and his collaborators used California as a case study given that it’s the largest agricultural producer in the United States. It also experienced one of the most severe droughts on record between 2012 and 2017, which served as a catalyst to regulate unconstrained groundwater use. At the same time, solar and wind electricity began to exceed hydropower in the state thanks to lower prices and state mandates.

While the state’s agricultural sector still managed to earn $47 billion during that time by relying largely on unsustainable groundwater stores, this strategy is untenable going forward. With more projected droughts in California — coupled with increased water demand due to socioeconomic development — this will put more burden on groundwater storage, He said.

Solar and wind energy are helping though, and will continue to do so, according to the researchers’ framework. The results suggest it is beneficial to simultaneously deploy solar and wind energy and impose regulations on groundwater use earlier rather than later. When these two policies work in tandem, there is an increased overall benefit.

Still, the researchers urge caution when extrapolating these findings to smaller-scale policy recommendations. They emphasize integrated modeling across disciplines, which can help to address the intertwined issues related to water, food and energy.

He worked on the study as a PEI-STEP Graduate Fellow at Princeton under the advisement of Michael Oppenheimer, the Albert G. Milbank Professor of Geosciences and International Affairs and the Princeton Environmental Institute (PEI) at Princeton and director of the Woodrow Wilson School of Public and International Affairs’ Center for Policy Research on Energy and the Environment. Amy Craft, a lecturer of economics and international affairs at the Wilson School, provided guidance on the economic analysis featured in the paper.

Part of the research was developed in the Young Scientists Summer Program at the International Institute for Applied Systems Analysis in Laxenburg, Austria, with financial support from the USA National Member Organization. This material was also based upon work supported by a grant from the National Oceanic and Atmospheric Administration, and the STEP-PEI Fellowship at Princeton. Sheffield is supported through two U.K. Research and Innovation Global Challenges Research Fund projects (grant no. NE/P021093/1 and grant no. ES/P011373/1).