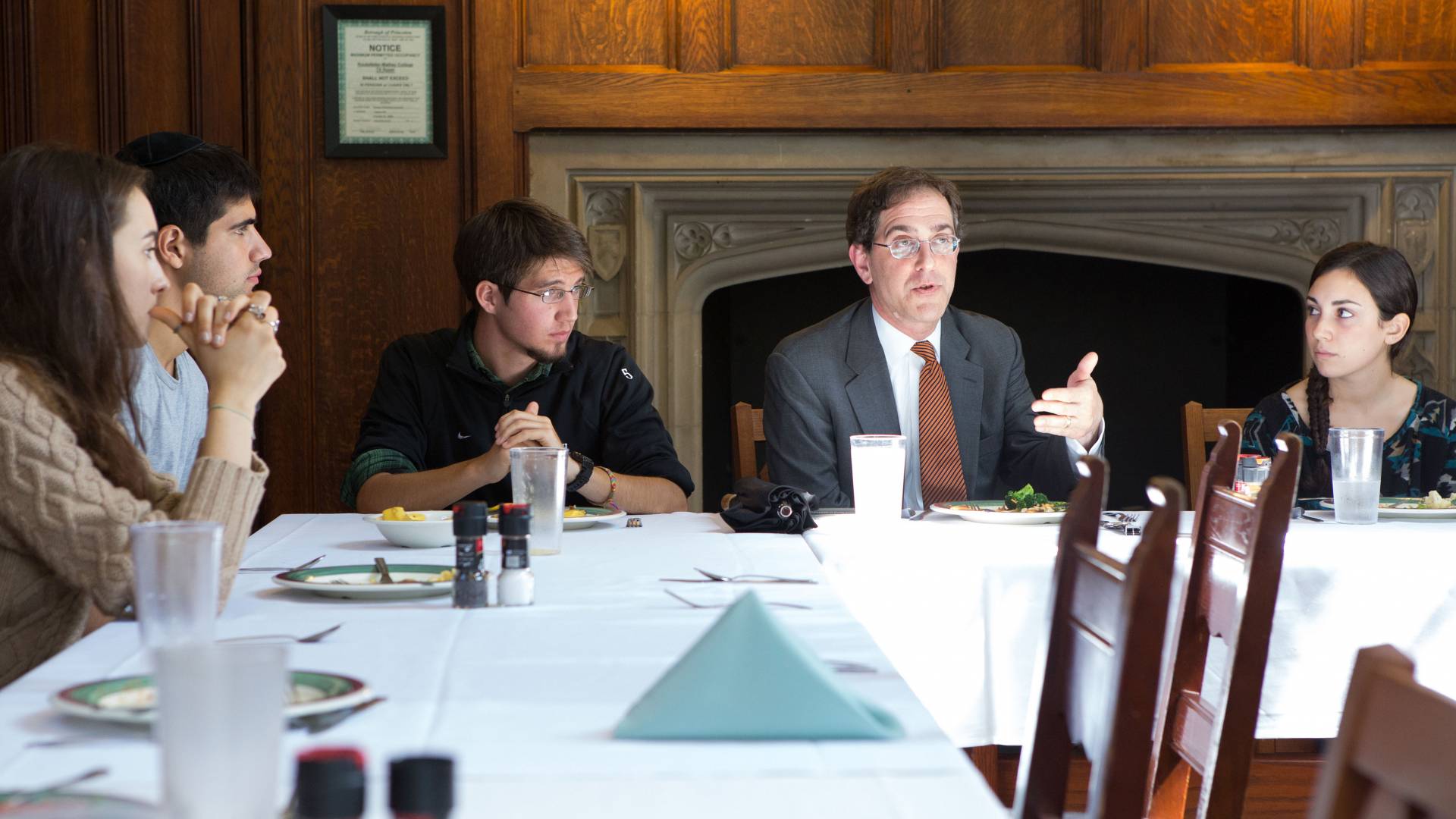 Princeton President Christopher L. Eisgruber was recognized as the 2019 Educator of the Year by the Research and Development Council of New Jersey at the council's 40th annual Thomas Alva Edison Patent Awards. Eisgruber was honored for his leadership of the University's efforts to connect research to real-world problems and solutions.

According to Kim Case, the council's executive director, “President Eisgruber’s tenure as Princeton president includes collaborations with innovation giants such as Microsoft, Google and New Jersey’s own, Celgene. His administration also launched the Princeton Innovation Center Biolabs, a premier co-working space for science startups. Princeton’s innovation impact is building exciting momentum, with the potential to benefit the economy, attract talent and continue New Jersey’s legacy as a supportive environment in which to advance research and development.”

A video tribute shown at the ceremony highlighted Eisgruber's leadership in embracing innovation at the University and the development of an innovation ecosystem throughout New Jersey. In addition to the collaborations cited by Case, the University has selected architects and planners for a proposed new Lake Campus that would include space for academic partnerships and innovation initiatives.

Though Eisgruber could not attend the ceremony due to a schedule conflict, he thanked the council for the award by video.

"It’s an honor and a real pleasure to be able to accept this award from the Research and Development Council of New Jersey. Your vote of confidence means a great deal to me and to Princeton University," he said. "We’re very proud of the partnerships that we’re creating with you and others in New Jersey to reinforce both the innovation ecosystem around us and the research and scholarly and teaching ventures at Princeton University. ... We believe that these partnerships are important to the future of our university, our state and the country, and we look forward to creating more of them."

The Research and Development Council of New Jersey is a nonprofit organization whose membership includes representatives from academia, government and industry, including several Fortune 500 companies.