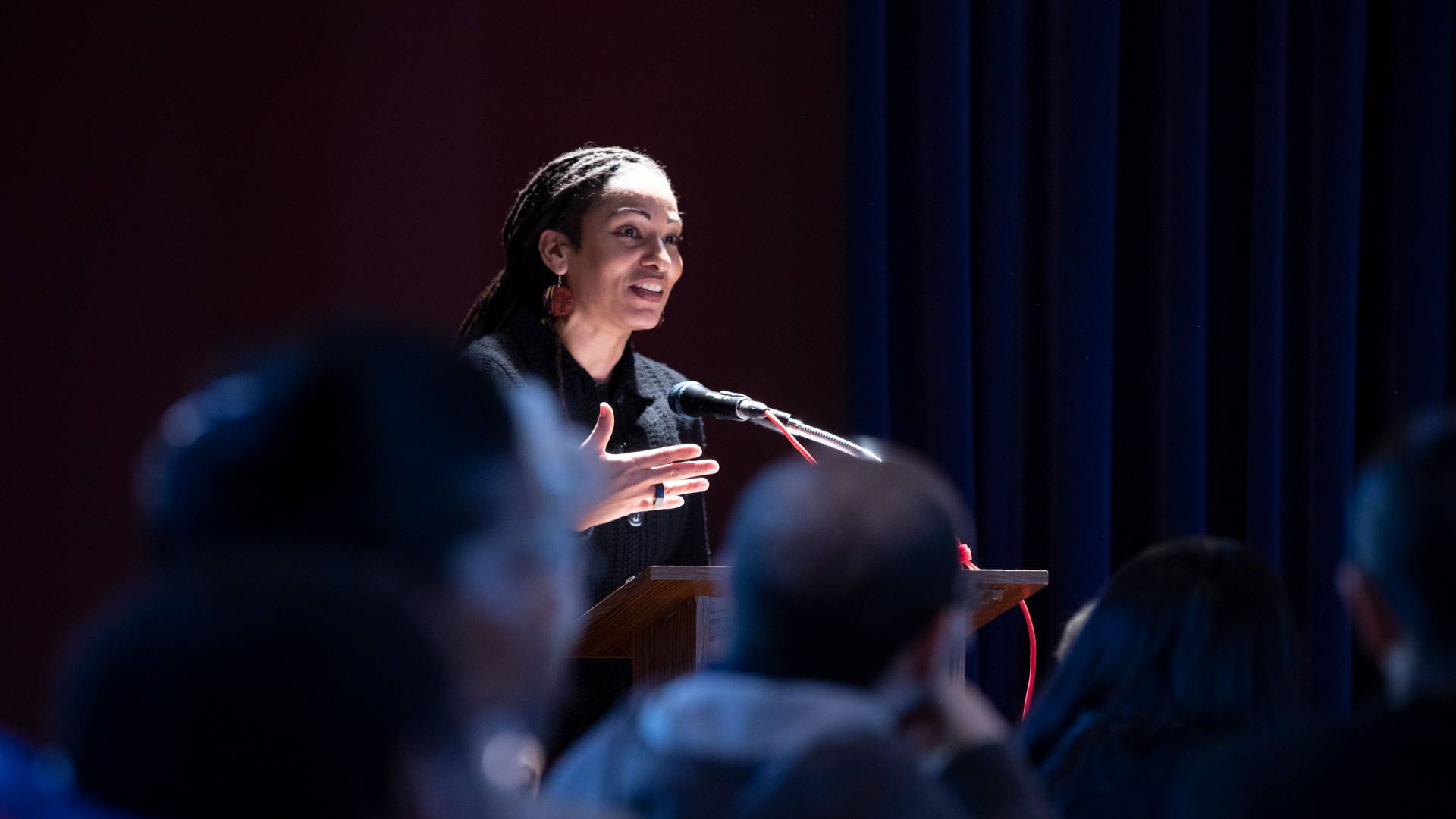 Princeton University joined with community organizations on Jan. 20 for the annual Martin Luther King Jr. Day celebration at the Arts Council of Princeton. At the opening breakfast, Ruha Benjamin, associate professor of African American studies at Princeton and author of “Race After Technology,” speaks about the importance of identifying and calling out biases encoded into technology.

Area residents and members of the University community packed the lobbies, studios and galleries of the Art Council of Princeton’s Paul Robeson Center for the Arts on Monday, Jan. 20, for its annual Martin Luther King Jr. Day event, co-sponsored by Princeton University.

The free program, featuring live music, interactive workshops and discussions relating to King’s life, teachings and civic engagement, kicked off with a breakfast held in the center’s Solley Theater.

Watson Coleman, who took office in 2015, is the first African American woman to be elected to New Jersey’s congressional delegation.

Benjamin specializes in the interdisciplinary study of science, medicine and technology; race-ethnicity and gender; and knowledge and power. She is the author of “People’s Science: Bodies and Rights on the Stem Cell Frontier” and “Race After Technology,” which was recently named to Fast Company’s list of “8 books on technology you should read in 2020.” 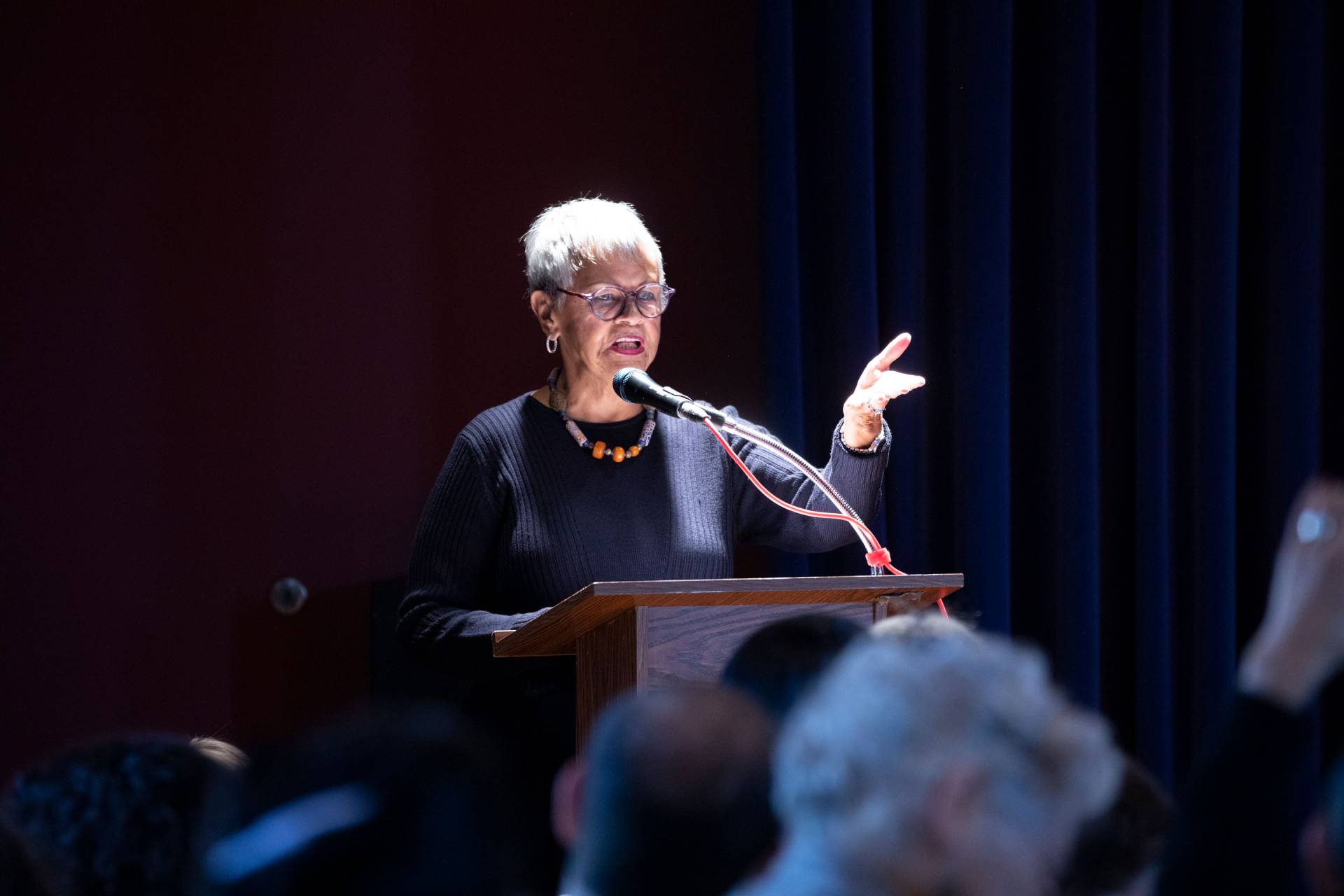 Before a standing-room-only crowd, U.S. Rep. Bonnie Watson Coleman, the first African American woman to be elected to New Jersey’s congressional delegation, emphasizes the need to continue King’s legacy of social justice through educational opportunity, the protection of voting rights, and economic and health policies.

Both women spoke about racial and economic inequities that have been perpetuated in American society, and how King’s legacy remains a call to action to improve conditions for the most vulnerable.

“We remember Dr. King as fighting the good fight for the good of the community, for the dream that we would be recognized by the content of our character,” Watson Coleman said. “We understood that he spoke up against evil wherever he saw it. … If he saw what was happening today, I think, unfortunately, he would be so sad and he’d be so angry, and he’d wonder, ‘What was the purpose of the work that I did?’ because we seem to be moving backwards rather than forwards.”

“There’s nobody in our society that’s just asking for a handout,” she said. “We’re asking for the opportunity to pursue the dream of peace and prosperity, predicated upon our ability to be educated and to do our work.”

She encouraged those in attendance to vote and to protect policies and programs that make for a more just and equitable society.

“We’ve got to work hardest right now,” she said. “I think that in my lifetime — and I’ve had many years on this wonderful Earth — I’ve not seen where every single solitary system that should be in place to ensure protection and opportunity is intentionally threatened.” 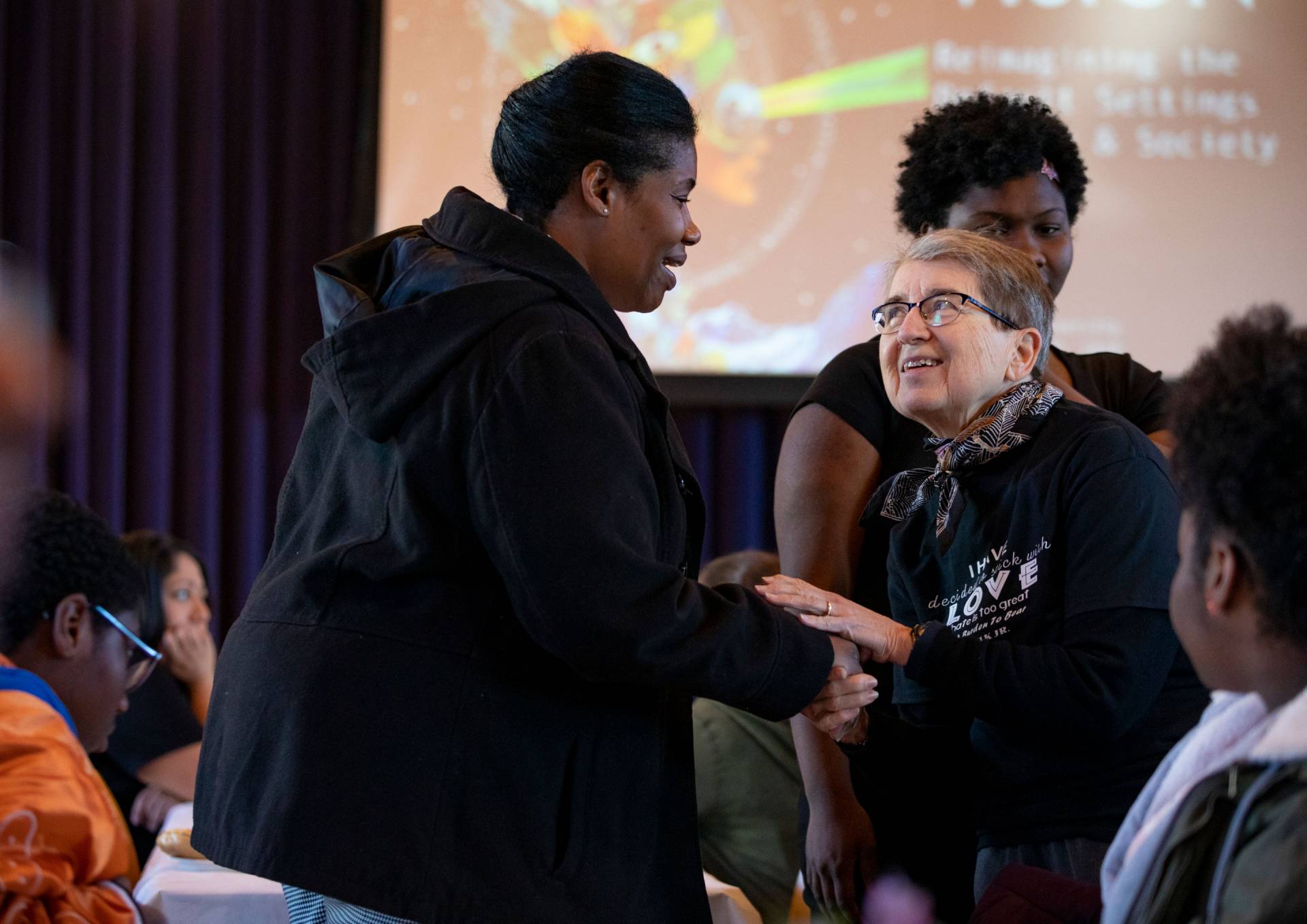 Fun and fellowship permeated the day’s program, which brought together people from across the community.

In keeping with the day’s spirit of fellowship, Benjamin called the children to join her near the podium for her talk so adults standing in the back and spilling into the lobby could take seats in the crowded auditorium.

In her speech, which she titled “2020 Vision,” Benjamin spoke about what it means to be a visionary as King was during his lifetime. “All of us can be visionaries — all of us should be visionaries,” she said. “Not even just seeing perfectly, as 20/20 vision implies, but I would like for us to think about what it means to have X-ray vision. To see beneath the surface. To diagnose our social reality. To look beyond the symptoms to the root causes of what ails us as communities and as a society.”

Many of the racist divisions that have been passed on and persisted from one generation to the next have crept into technologies from search engines to predictive algorithms to artificial intelligence, she said.

“The good news is that many more people today are starting to wake up — to wake up and become accountable to transforming the society we live in, and not only leaving it to those who are in formal positions of power,” she said. “What I want to talk about this morning is power, and the fact that we all have it.” 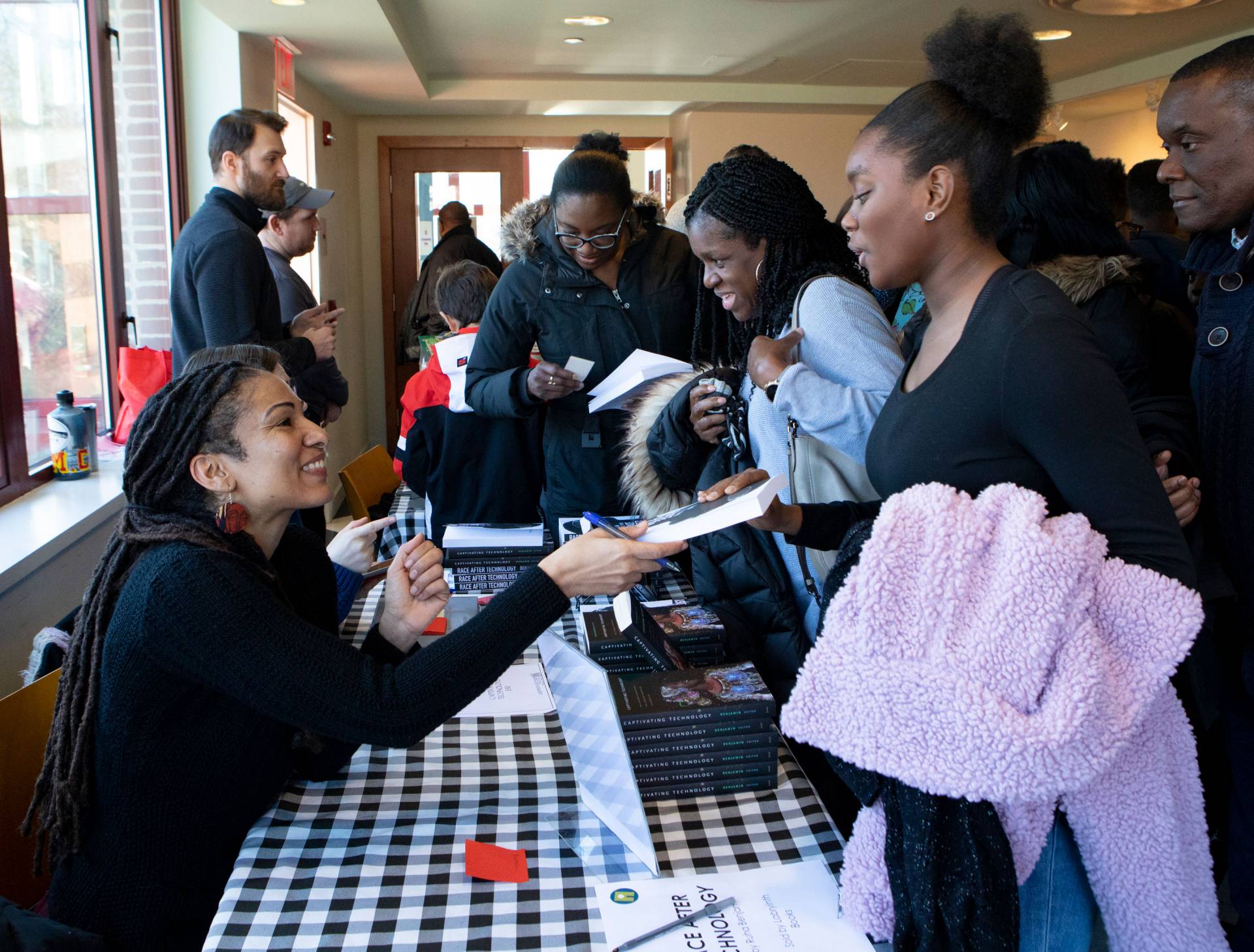 By individuals owning their own power and by wielding community-based power or what Benjamin called “horizontal power” instead of power over others, change is possible, she said.

“We have to begin to understand that technology is not neutral,” she said. “We have to understand it is a materialization of the dreams of those who are designing it. In 2020, a small sliver of humanity is materializing their dreams in the technologies that we all are using.”

She added, “As one of my favorite filmmakers, Alex Rivera, [the] sci-fi filmmaker puts it, ‘The battle over real power tomorrow begins with the struggle over who gets to dream today.’”

After breakfast, visitors explored numerous art and history activities, including button making and collaging, hosted by the Historical Society of Princeton and the Bayard Rustin Center for Social Justice.

Labyrinth Books hosted a book signing with Benjamin, and JaZams offered a story time for children. The event concluded with a performance by the First Baptist Church of Princeton Choir.