Cleaning up groundwater is no small job, but a team of Princeton researchers is on a mission to make it simpler — using microscopic springs.

A study from Sujit Datta's lab, led by graduate student Christopher Browne, found that a promising class of cleaning solutions behave in ways that both confound traditional fluid models and explain their usefulness to remediation efforts. Published March 2 in the Journal of Fluid Mechanics, the paper helps solve a decades-old puzzle about why these cleaners only work in some conditions. 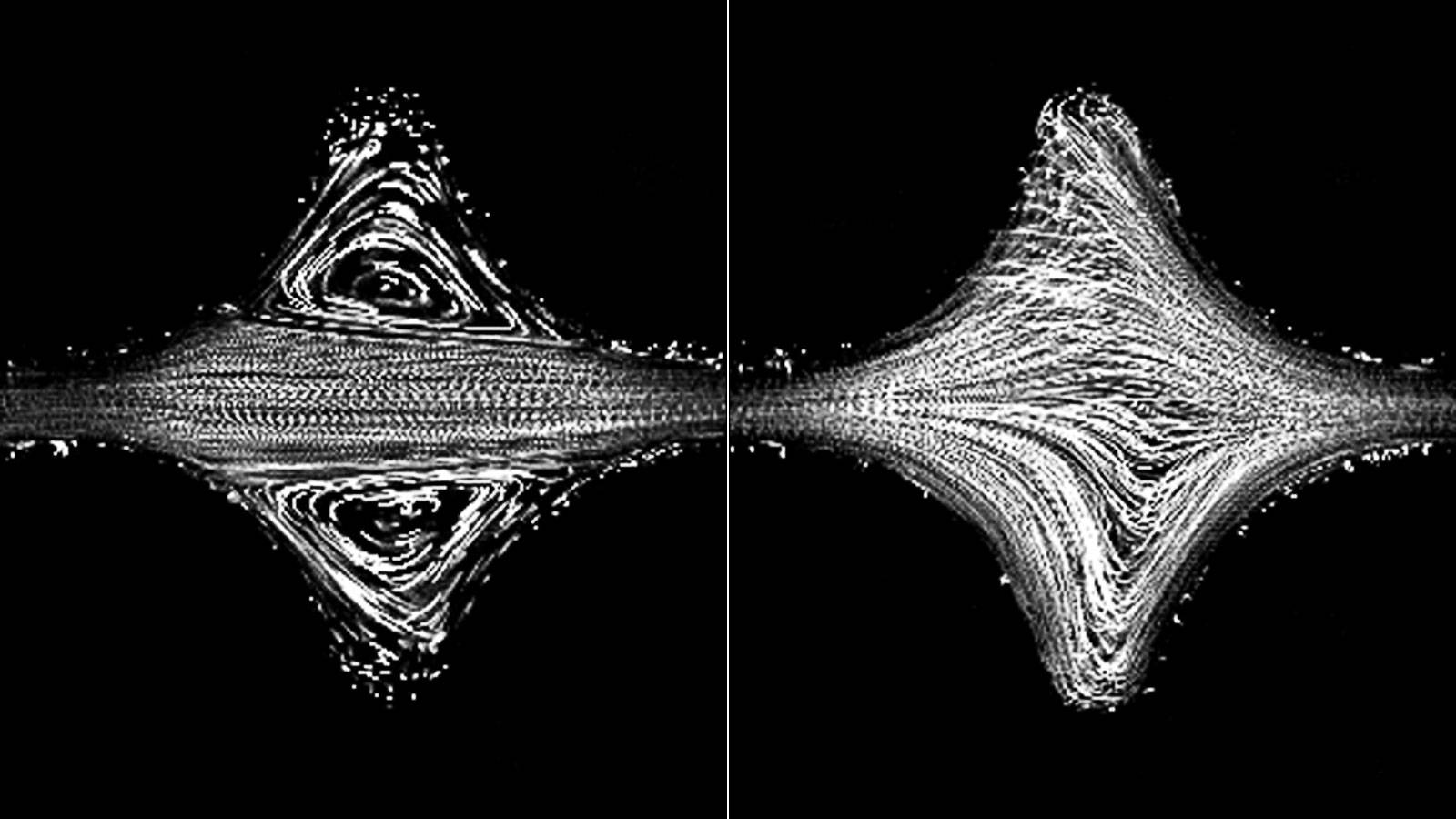 Researchers from Princeton cracked a decades-old puzzle in fluid dynamics, showing why specialized polymer fluids flush contaminants from groundwater aquifers in some conditions but not others. The work will help engineers control cleanup efforts in sensitive environments.

The fluids contain microscopic polymer strands that act like springs as they move through porous rocks. For reasons scientists are only beginning to understand, those springs can create tiny eddies in the pores, disturbing the flow and dislodging contaminants from the subterranean nooks and crannies. Browne's paper shows that when pores are close enough together, the eddies synchronize across spaces and the effects become stronger. The researchers call it a bistability, referring to the two possible states of equilibrium. Bistability can be found throughout the physical world, in everything from light switches to cell division. Previous work had assumed there was only a single state in the structure of these fluids' flow through pores.

"What we found is that in a porous medium, instead of the flow being uniform throughout, some pores show one kind of flow structure and other pores show another — a form of bistability," said Datta, an assistant professor of chemical and biological engineering and the paper's senior author. "If we understand how these structures form, then we can predict how the fluid will behave."

Polymer fluids could be an effective tool in cleaning crude oil, mercury and other contaminants from polluted aquifers. But not knowing precisely how these fluids work, and not being able to predict their effects, renders them dangerous in sensitive environments. Engineers remain wary of their use because, in some cases, using the wrong solution can make matters worse. Solving the cleanup problem means getting a closer look at this springy action underground.

The question has nagged at researchers for more than 10 years. While progress has been made on understanding the effects of pore shape and size, Browne's study is the first to show the effects of pore spacing, opening a new line of investigation that could finally bring the fluids' potential within reach.

"If we can have a good fundamental model of how [the polymers] flow in real geometries, then, if you have a groundwater aquifer with a spill, using these models you could potentially say, 'yes, a polymer will or won't help,' and then, 'this is how you should use that polymer,'" Browne said.

Key to this study is Datta's uncanny ability to see through walls — to create model environments from clear materials that mimic underground conditions, then use specialized images to analyze the flow.

The team used 3D printing to create rock-like pores and forced the fluid through at high pressure. As the data came in, they realized the flow through the little nooks was more chaotic than the math predicted. As they changed the spacing, the data changed, too. That change raised a new question about the fluid's behavior, which the paper answers. When pores are close together, the springs don't have time to settle from one pore to the next. The reverberations accumulate backward like a highway pileup. Extrapolated to real world scenarios, with three dimensions and a lot more disorder, the newly observed effect fills in some of the gaps, so to speak, in scientists' understanding of polymer solutions' behavior. It's an example of how Datta's lab breaks complex fluid problems into manageable parts, then combines them piece by piece to illuminate the underlying reality.

"We take those simplified geometries and slowly extend them to more realistic geometries," Browne said. "In a real pore space, you have lots of rock grains of different shapes and sizes packed together."

Browne worked closely with Princeton senior Audrey Shih, who analyzed data and helped design aspects of the experiment. As part of her junior thesis and summer work supported by an internship through the Andlinger Center for Energy and the Environment, Shih came up with a way to systematically examine the spacing variable.

"Audrey really took this project to heart and waded through the literature," Datta said. Based on that wading, the researchers also published a review paper in the journal Small.

Datta said the collaboration between Browne and Shih, particularly sophisticated in this case, left a strong impression on him: graduate student mentoring undergraduate, designing an experiment that chipped away at a long-standing environmental problem, creating an approach that's opened new questions for the field.

"It was beautiful the way they worked together," he said.