The Princeton faculty accepted the nominations of the Faculty Committee on Examinations and Standing at its April 27 meeting.

Princeton will hold a virtual commencement for the Class of 2020 on Sunday, May 31, 2020, in which Johnson and Sommers will participate. An in-person ceremony will be held in May 2021. 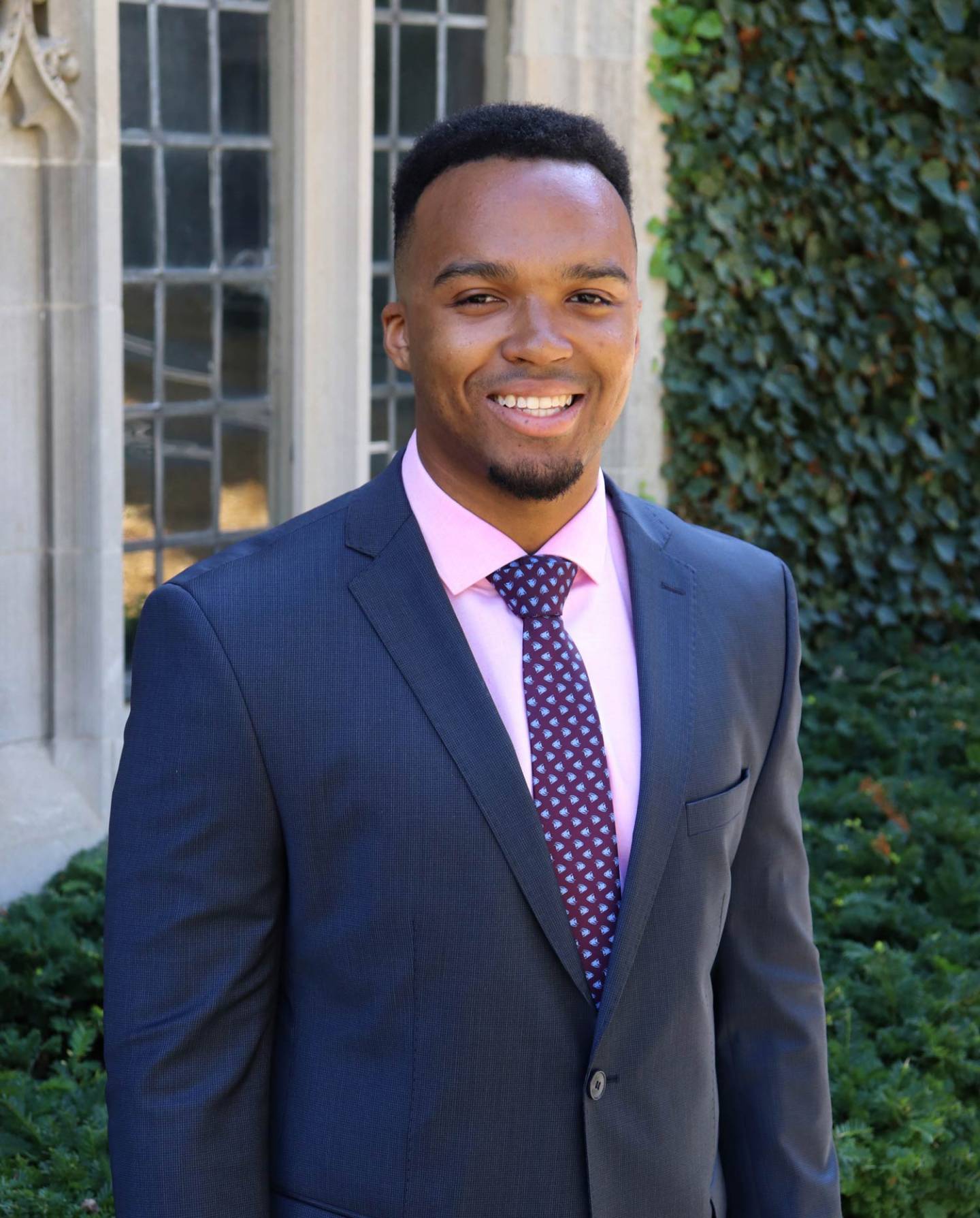 Nicholas Johnson, valedictorian of the Class of 2020, will give welcoming remarks at the Nov. 20 Forward Fest virtual event.

Johnson is the first black valedictorian in Princeton's history.

He said he appreciates the encouragement he has received at Princeton in developing his academic interests. The University’s support through opportunities including international internships and cultural immersion trips to Peru, Hong Kong and the United Kingdom were especially significant, Johnson said. But most of all, he treasures his relationships with his classmates.

“My favorite memories of my time at Princeton are memories of time spent with close friends and classmates engaging in stimulating discussions — often late at night — about our beliefs, the cultures and environments in which we were raised, the state of the world, and how we plan on contributing positively to it in our own unique way,” Johnson said.

Johnson plans to spend this summer interning as a hybrid quantitative researcher and software developer at the D. E. Shaw Group before beginning Ph.D. studies in operations research at the Massachusetts Institute of Technology in fall 2020.

Along with his concentration in operations research and financial engineering, he is pursuing certificates in statistics and machine learning, applied and computational mathematics, and applications of computing.

His research has focused primarily on sequential decision-making under uncertainty, optimization, and the ethical considerations that must be made given the increasing role of algorithmic decision-making systems.

This work, supervised by Miklos Racz, assistant professor of operations research and financial engineering, also has applications to public health interventions designed to increase adherence to strict social distancing to curb the spread of COVID-19.

Johnson has another ongoing research project supervised by Yacine Ait-Sahalia, the Otto A. Hack ’03 Professor of Finance and professor of economics, in which he is developing a reinforcement learning agent to execute large financial trade orders with minimal market distortion.

During his junior year, Johnson conducted an independent research project, “Generating Privacy Preserving Synthetic Datasets,” supervised by Prateek Mittal, associate professor of electrical engineering, in which he developed a machine learning system to more robustly anonymize datasets than existing alternatives. He presented this work at the spring 2019 Electrical Engineering Symposium and the 2019 Center for Statistics and Machine Learning Symposium.

Among his other professors, William Massey, the Edwin S. Wilsey Professor of Operations Research and Financial Engineering, and Dannelle Gutarra Cordero, a lecturer in African American studies, were also influential.

“Professor Massey inspired me by sharing his ever-present love for operations research and through his advocacy for black and African American students in STEM fields,” Johnson said. “He encouraged me to pursue increasingly ambitious research projects and to share my work at academic conferences. Professor Gutarra introduced me to academic writing during my first-year Writing Seminar. She was instrumental in helping me develop my skills as an effective academic writer and communicator, and she motivated me to become a writing fellow.”

In addition to serving as a writing fellow at Princeton’s Writing Center, Johnson is editor of Tortoise: A Journal of Writing Pedagogy. He is a member of Whitman College, where he has served as a residential college adviser. He is also a member of the Princeton chapter of Engineers Without Borders and served as its co-president in 2018.

As a rising senior, Johnson worked as a software engineer in machine learning at Google’s California headquarters.

He previously interned at Oxford University’s Integrative Computational Biology and Machine Learning Group, developing and implementing a novel optimization technique under the supervision of Aleksandr Sahakyan, principal investigator and group head. He presented the project at Princeton’s inaugural Day of Optimization in October 2018 and at the 25th Conference of African American Researchers in the Mathematical Sciences in June 2019, where his project was recognized with the Angela E. Grant Poster Award for Best Modeling.

Johnson has interned at Montreal Institute for Learning Algorithms, and he participated in Whitman’s exchange program with Morningside College at the Chinese University of Hong Kong in March 2017.

Johnson is a graduate of Selwyn House School and attended Marianopolis College, both in Westmount, Quebec. 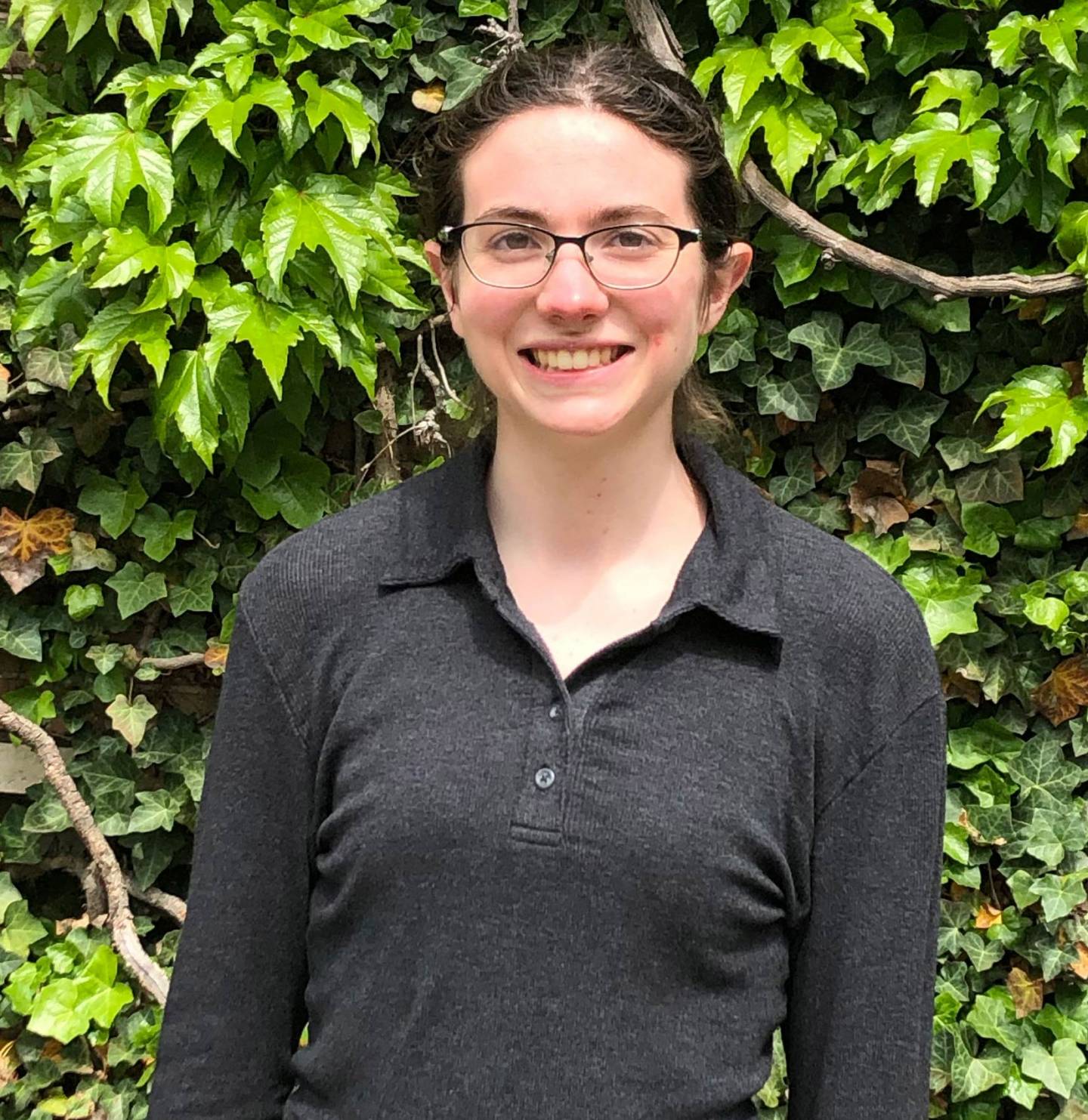 Sommers will continue her studies at Princeton in the fall, entering the physics Ph.D. program.

Along with her undergraduate physics degree, she also is pursuing certificates in applications of computing, applied and computational mathematics, and Ancient Roman language and culture.

Sommers said Princeton has offered her exceptional opportunities for intellectual growth, especially in the field that has captured her long-term interest.

“In addition to the joy of learning the material — which is why I chose physics — the approachability of my professors, both as advisers and as instructors, has been a highlight of my learning experience,” she said. “I've been fortunate enough to find research opportunities on campus for all three summers, which was another enriching part of my Princeton experience.”

Her senior thesis, “Order and Disorder in a New Class of Spin Systems,” advised by Shivaji Sondhi, professor of physics, focuses on the statistical mechanics of a spin model with applications to dynamical phenomena such as jamming and glassy dynamics.

Sommers has conducted research through a fellowship in the Program in Applied and Computational Mathematics.

She has analyzed the kinematics of a Milky Way-type galactic simulation, advised by Mariangela Lisanti, associate professor of physics; conducted a theoretical study of the Tricritical Ising Model under the tutelage of Herman Verlinde, the Class of 1909 Professor of Physics and chair of the physics department; and modeled the Raman spectrum of liquid water as part of the research group of Roberto Car, the Ralph W. *31 Dornte Professor in Chemistry, professor of chemistry, and the Princeton Institute for the Science and Technology of Materials.

“One of the greatest strengths of Princeton is that the professors here are stellar researchers at the forefront of their fields, and the undergraduate focus of Princeton means that even as an undergrad, I got to take part in some of this cutting-edge research,” Sommers said.

In addition to her primary mentors, Sommers said she also was influenced by Steven Gubser, professor of physics, whose course “Invitation to Theoretical Physics” gave her “an enticing look at a wide range of research topics as a mere first-year. His passion for physics was contagious, and I am honored to have known him.” Gubser died in 2019.

The Princeton salutatorian communicates with graduating classmates in Latin, a language Sommers started studying in the seventh grade. Since arriving at Princeton, she has taken one Latin class per year — exploring a wide variety of genres and topics from the epistolary form to satire to biographical and historical works — in addition to a classics course in ancient medicine.

“Certainly, one of the best things about the classics department is the professors, and I've enjoyed having thought-provoking conversations with my professors and classmates about passages ranging from the bucolic to the grotesque,” she said.

Sommers, a member of Butler College, received the Freshman First Honor Prize and the George B. Wood Legacy Sophomore Prize. This past fall, with Johnson, she received the Class of 1939 Princeton Scholar Award, which is given each year to an undergraduate member of the junior class who has achieved the highest academic standing for all preceding college work at the University.

Sommers also was awarded both the Allen G. Shenstone Prize and Kusaka Memorial Prize in Physics. She was elected to Phi Beta Kappa and is a recipient of the Barry M. Goldwater Scholarship, an annual award for outstanding undergraduates interested in careers in mathematics, the natural sciences or engineering.

Sommers is a participant in Undergraduate Women in Physics and the Princeton Society of Physics Students.

She graduated from Bridgewater-Raritan High School.