Andrea Goldsmith, a global leader in the development of wireless systems, has been awarded the Marconi Prize, the highest honor in telecommunications research. She is the first woman ever to win the prize, now in its 45th year.

Goldsmith was recently appointed dean of Princeton's School of Engineering and Applied Science, effective Sept. 1, and named the Arthur LeGrand Doty Professor of Electrical Engineering. In addition to being widely recognized for her contributions to communications and information theory, she has co-founded and served as chief technical officer for Quantenna Communications and Plume WiFi. She is a member of the National Academy of Engineering and the American Academy of Arts and Sciences. She holds 29 patents. 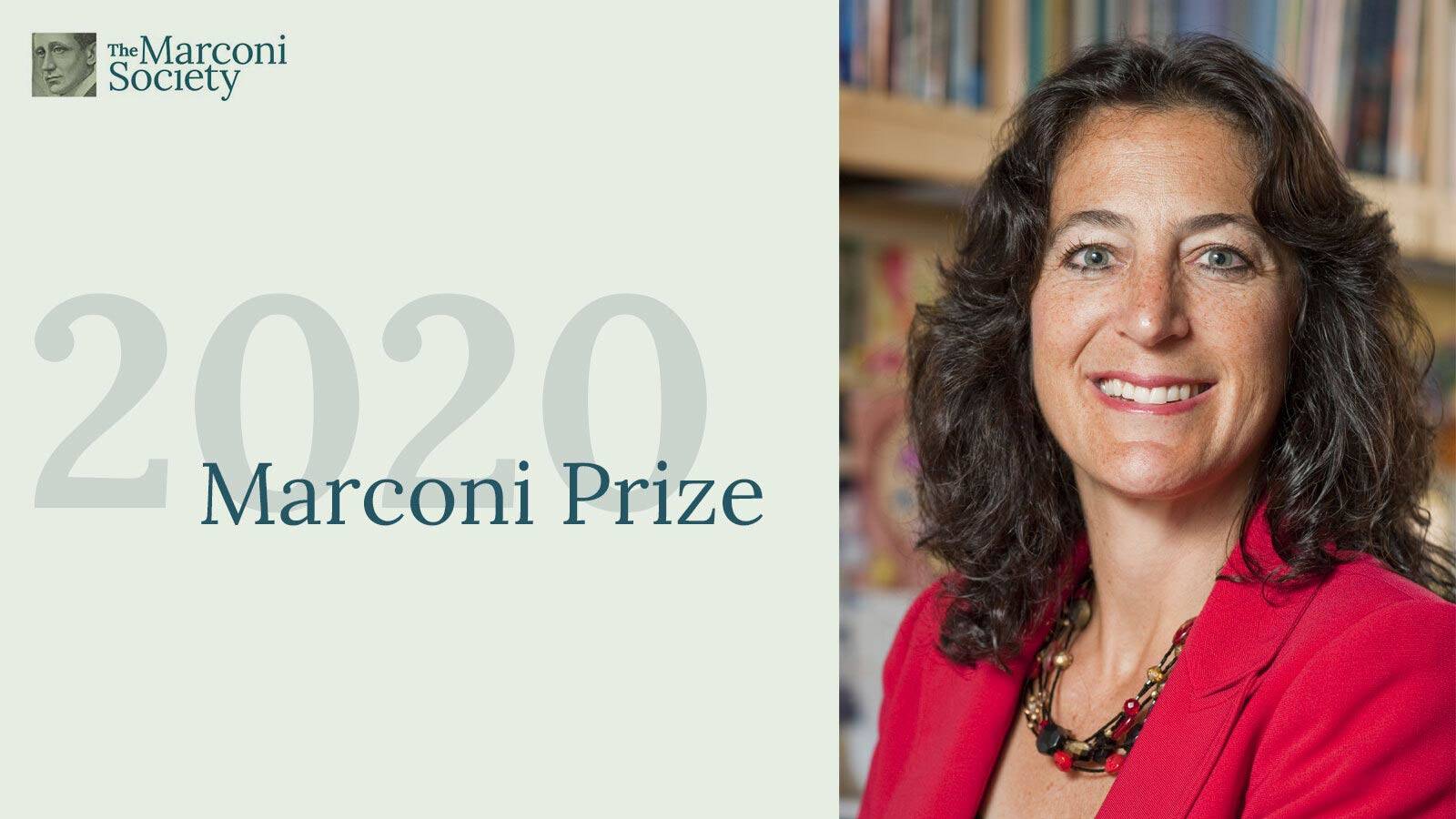 Photo of Goldsmith by Linda A. Cicero / Stanford News Service

Goldsmith's work has fundamentally shaped today's mobile technology and has laid ground rules for cellular and Wi-Fi network performance. Fluctuations in network capacity can arise from a variety of factors such as movement and shifts in demand. For example, walking while using a mobile phone creates a moving signal. Ebbs and flows of internet use create bottlenecks throughout the day. When data flows at a constant rate during these fluctuations, rather than reflecting the network's need, it creates problems including dropped calls and frozen screens. To address these problems, Goldsmith developed techniques that allow network designers to modulate speeds and match qualities across dynamic networks.

This adaptive modulation, implemented through Goldsmith's start-up ventures and the detailed descriptions she's published, have enabled engineers to leverage her findings across nearly every major cellular and Wi-Fi network in the world. The Marconi Prize comes in recognition for this work as she moves from Stanford University, where she is the Stephen Harris Professor in Engineering, to Princeton, where she will continue to lead research into information theory and communications systems, a core area of the Department of Electrical Engineering.

"Researchers from Princeton have had a major impact on today's communications technologies," Goldsmith said. "I'm thrilled to join, continue and build on that deep tradition, particularly at a moment when the value of connectivity could not be more apparent."

“Andrea has enabled billions of consumers around the world to enjoy fast and reliable wireless service, as well as applications such as video streaming and autonomous vehicles that require stable network performance,” Vint Cerf, chair of the Marconi Society and one of the founding designers of the internet, said in the society's announcement.

The prize includes an award of $100,000, which Goldsmith said she will donate back to the Marconi Society to start an endowment that will fund technology and diversity initiatives.

In addition to her contributions to research and business, the Marconi Prize recognizes Goldsmith's "leadership to radically improve diversity and inclusion in engineering," according to the Marconi Society. Goldsmith has said that during the 1980s, when she was an undergraduate at the University of California, Berkeley, women encountered a stringent gender bias at all levels of engineering. It wasn't until she met a female Ph.D. student, who was assisting the teaching of a math class, that Goldsmith found a model for women breaking through in a technical field. Throughout her career, she has strived to embody that same role for others, opening new pathways for women and other underrepresented groups across science, technology, engineering and mathematics.

“I am so deeply honored and humbled to become a Marconi Fellow,” said Goldsmith. "The Marconi Fellows are my professional heroes and the people I have looked up to my entire career for their immense impact on the communications technologies we have today."

She has held a number of positions with the Institute of Electrical and Electronics Engineers (IEEE), most recently as chair of the organization’s Ad Hoc Committee on Diversity, Inclusion and Ethics. Under her guidance, the IEEE adopted its first-ever diversity statement and awarded five women with IEEE medals, the organization's most important honors. She led efforts within the Stanford Leadership Academy and the University Promotions and Appointments Advisory Board to develop best practices that improve recruitment and retention of diverse faculty; and served on the Stanford Faculty Women’s Forum Steering Committee, a group focused on improving recruitment, retention, support and overall satisfaction of women faculty.

Goldsmith comes from a family that deeply valued creativity and problem solving. Her mother was an animator and character designer for "The Rocky and Bullwinkle Show." Her father, a Holocaust survivor, was a mechanical engineering professor at UC Berkeley and an authority on the physics of head and neck trauma. He testified as an expert witness during the 1992 trials of four police officers accused of beating Rodney King.

Goldsmith earned her bachelor's, master's and doctoral degrees in electrical engineering at UC Berkeley. She worked in the defense communications industry and taught at the California Institute of Technology before joining the Stanford faculty in 1999. In addition to her position in engineering, she is affiliated with Stanford's Wu Tsai Neurosciences Institute.

She joins Princeton's electrical engineering faculty and succeeds Emily A. Carter as dean on Sept. 1.