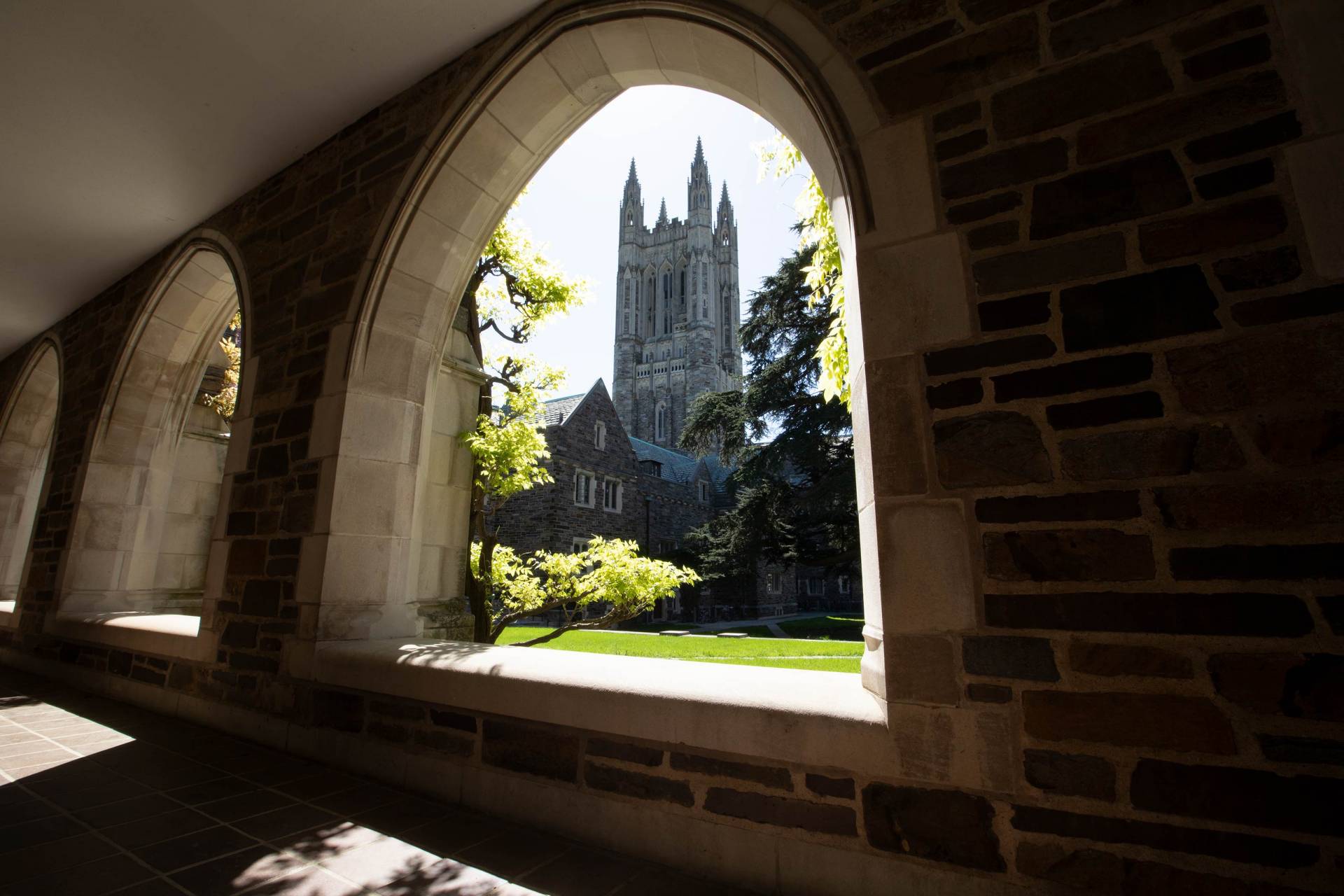 The Graduate School has presented seven graduate students with its annual Teaching Awards in recognition of their outstanding abilities as teachers.

Winners were selected by a committee chaired by Cole Crittenden, deputy dean of the Graduate School, and comprising the academic affairs deans and staff from the McGraw Center for Teaching and Learning. The nominations were made by academic departments and programs. Each winner receives $1,000. 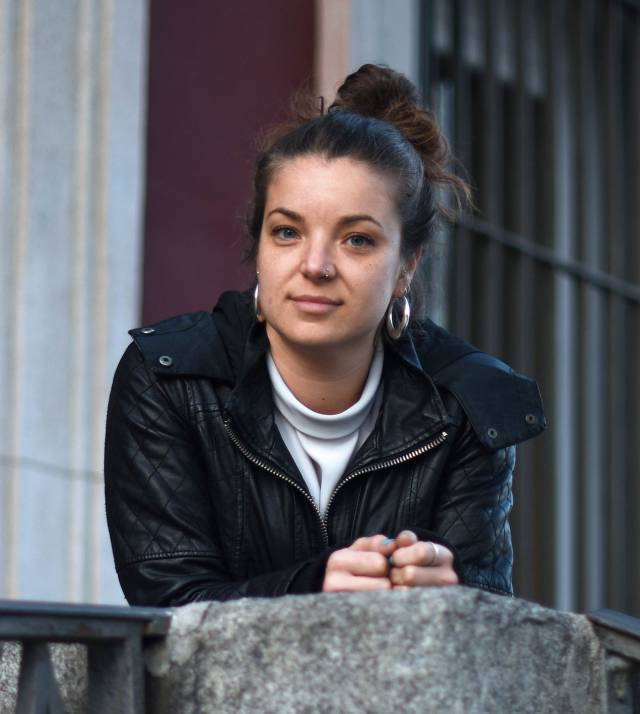 Berta del Río Alcalá is a fifth-year doctoral candidate in Spanish and Portuguese. Last year, she received the Arcadio Díaz Quiñones Teaching Award from her department for her work as a preceptor in the course “Spanish in the Community” in the 2018-19 academic year. Also in 2019, Alcalá participated in Princeton’s Collaborative Teaching Initiative in the Humanities through the McGraw Center.

“Berta conceives the classroom as a public space, as a small parliament, where everyone has the right and the will to engage,” Méndez said.

He added, “She is a charismatic teacher, and a moral leader for her classroom.”

“Classes were always amazing and engaging,” one of Alcalá’s students noted. “Berta was always asking thought-provoking questions and pushing us to express ourselves.” Another student said, “The range of exercises that Professor Berta used in class settings consistently pushed me to diversify my understanding of Spanish in both colloquial and academic ways, were consistently engaging, and sparked discussion between classmates.” 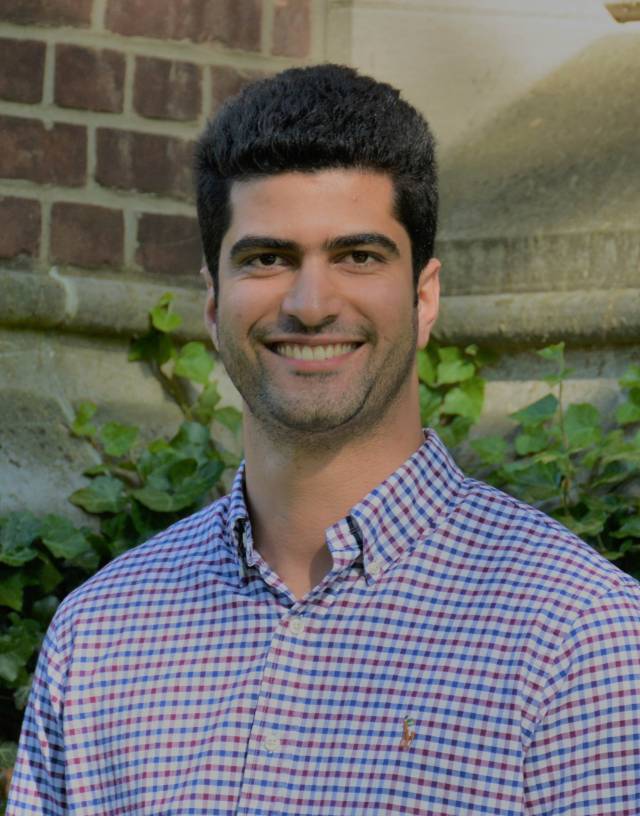 Sassan Hajirezaie, a fourth-year doctoral candidate in civil and environmental engineering, is a Princeton Energy and Climate Scholars fellow. He received a First Year Fellowship in the Natural Sciences and Engineering. Hajirezaie’s recent honors include the Mary and Randall Hack ’69 Graduate Award for Water and the Environment from the Princeton Environmental Institute.

Maria Moreyra Garlock, professor of civil and environmental engineering and co-director of the Program in Architecture and Engineering, who nominated Hajirezaie, described him as “dependable and an invaluable support for me.”

“In my three years at Princeton, I’ve never come across a teaching assistant as kind and accommodating as Sassan, who changed his schedule around so often for his students in order to make sure we got the help we needed to feel confident and secure about the material,” one of Hajirezaie’s students explained.

Another student noted that Hajirezaie is an “excellent teacher who ably instructs and inspires a deeper love of the course material in his students,” and is an inspiration to continuing study in the department. 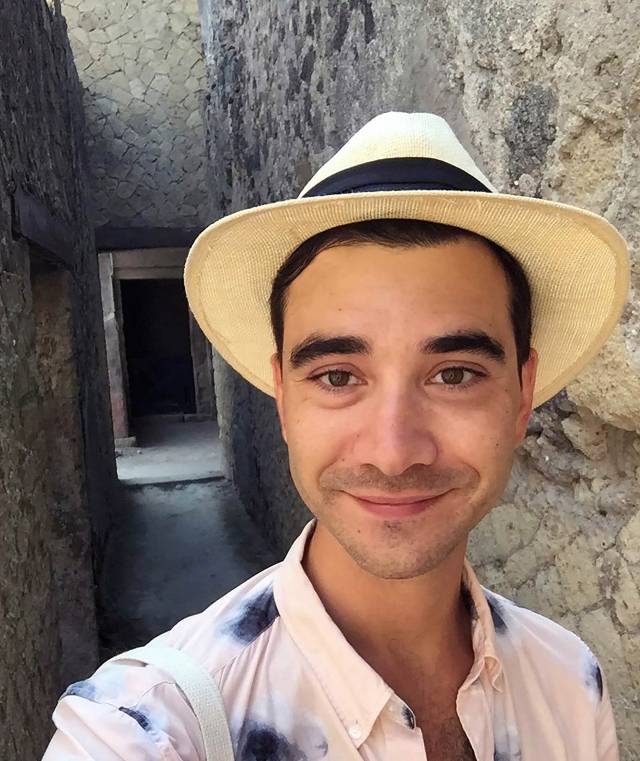 Healey is expected to receive his Ph.D. in classical art and archaeology this year. In recent years, he was awarded the Sir John Soane’s Museum Foundation Traveling Fellowship with the Sir John Soane’s Museum in London; the Summer Institute for Technical Studies in Art Fellowship with Harvard Art Museums in Cambridge, Massachusetts; and a research scholarship from the American Friends of Herculaneum.

Deborah Vischak, assistant professor of art and archaeology, who oversaw Healey’s work as a preceptor in two of her courses, described him as “always well prepared.” She added that Healey “has a most soothing and calm demeanor in section, creating a kind of quiet space for the students to feel comfortable as they work their way through learning new material and especially new skills.”

Students also recognized Healey’s soothing demeanor as an asset to his precepts, with one saying, “Daniel put me (and all of the other nervous kids!) at ease. He was gentle and kind while still being challenging and energizing. He encouraged us to venture novice interpretations of works of art and pushed us to refine our ideas.” The student added that Healey “created an incredibly easy environment where even the most anxious students were inspired to speak without fear.”

According to another student, “Daniel’s ability to dissect a piece of artwork and ground it within its given context is incredible. All the more impressive, however, is the ease with which he conveys such analysis effectively to his students.” 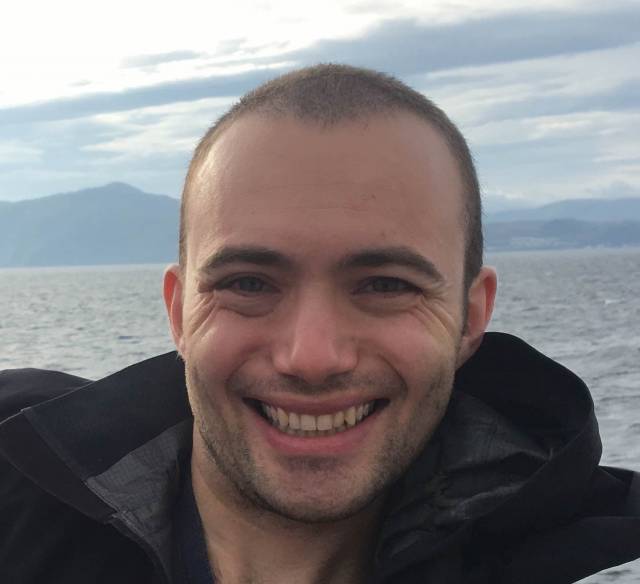 Morris is expected to receive his Ph.D. in ecology and evolutionary biology in August. A 2017 recipient of the (European Scientific Working Group on Influenza) ESWI Young Scientist Fund Travel Grant, he has served as a teaching assistant for four courses in his department and as an adviser for several undergraduate theses.

“Indeed, it is impossible to separate his passion for research, and his standards there, from his teaching, because they are in part what makes him such an outstanding teacher,” said Simon Levin, the James S. McDonnell Distinguished University Professor in Ecology and Evolutionary Biology, who was assisted by Morris in three courses.

Students described Morris as helpful and responsive, highlighting his ability to teach an interdisciplinary subject to a cross-disciplinary group of undergraduates. “Dylan was a generous and motivating instructor, who went well out of his way to ensure that his students not only understood the material but were also engaged and eager to learn about its applications,” one student said.

Another student noted, “Dylan was an exceptional teacher — he was incredibly dedicated to the mission of educating me (and many others). More than that, however, he gave of his own time to make his mentorship personal and meaningful.” 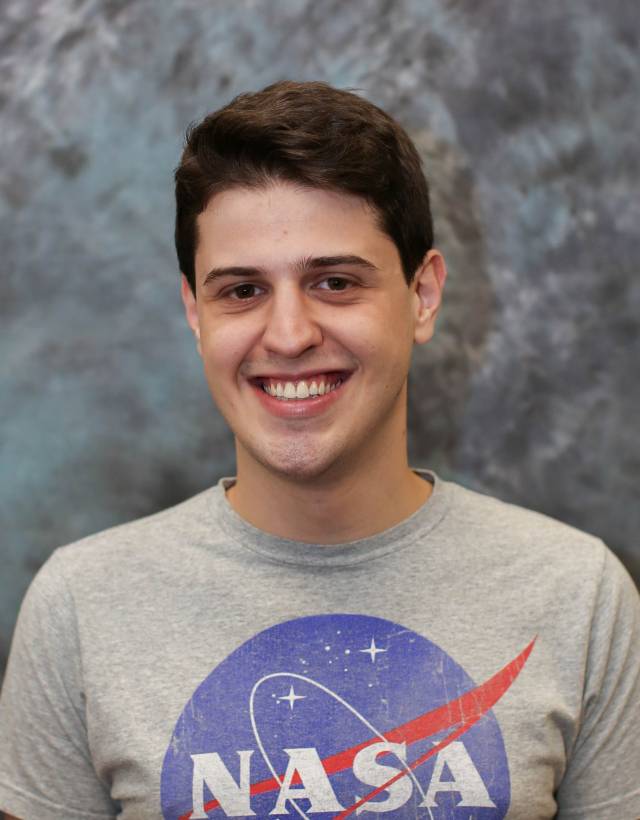 Alex Novoselov is a fifth-year Ph.D. student in mechanical and aerospace engineering (MAE). He has served as a McGraw Center Graduate Teaching Fellow and as secretary of the Graduate Student Government.

Last year, he won first place for his presentation on cool flames during the MAE Research Day. Novoselov’s project, “Turbulent Nonpremixed Cool Flames: Experiments, Simulations, and Models,” represented the year’s best work from the “Propulsion and Energy Science” discipline. In 2018, he took home the department’s Crocco Award for Teaching Excellence.

According to his adviser, Michael Mueller, associate professor of mechanical and aerospace engineering, Novoselov “performed well above expectations” in all of his responsibilities as an assistant instructor.

“Alex’s demeanor is such that he tears down all barriers to learning, encouraging students to ask questions and explore the course topics for themselves,” Mueller said. “This is an invaluable intrinsic skill that combines careful explanation of complex ideas, endless patience, masterful communication, generosity of his time and dedicated preparation.”

“On top of being accessible, well prepared and helpful, Alex was happy to help. He never made us feel like we were burdening him with our questions and misunderstandings. He was passionate about the material and excited to teach it to us,” a student said. 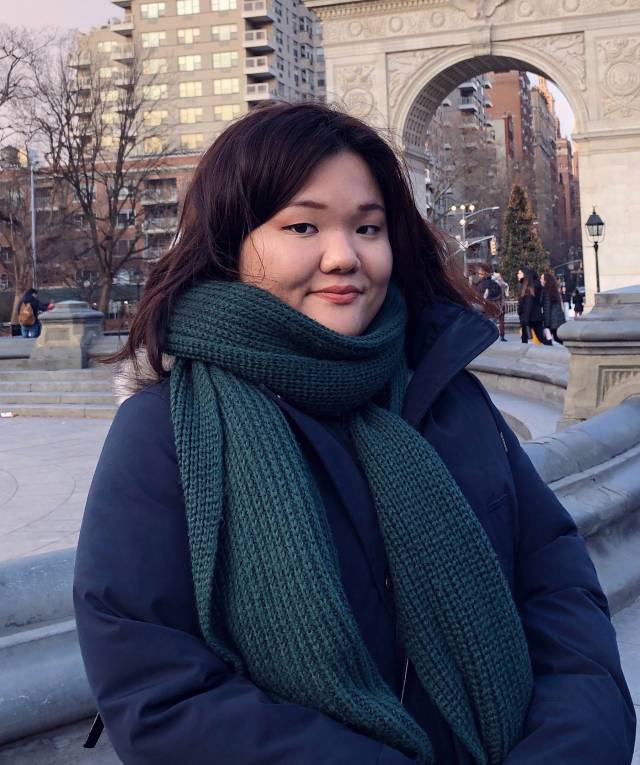 Joy Shim is a fourth-year doctoral candidate in philosophy. She was a 2016 recipient of a Fellowship in the Humanities and Social Sciences. In addition to her teaching assistantships, Shim has delivered several guest lectures at the University.

Johann Frick, assistant professor of philosophy and the University Center for Human Values, who observed Shim as a preceptor for one of his classes, said her “outstanding performances in the classroom are not the product of a mere knack, but of a well-thought-out coherent approach to philosophical pedagogy.”

One of her students highlighted Shim’s ability to engage her entire class in long and impassioned discussions. They said, “By allowing the group to diverge in discussion on morality and philosophy that often pushed the bounds of a typical precept, Joy helped students sharpen their ability to think rationally and form clear arguments.”

Another student explained that Shim aptly navigated sensitive topics to ensure all students felt comfortable weighing in on the discussion, saying, “I saw Joy mediate difficult conversations between students of diverse backgrounds and resolve complex questions through blending profound understanding of the subject content with sensitivity and concision.” 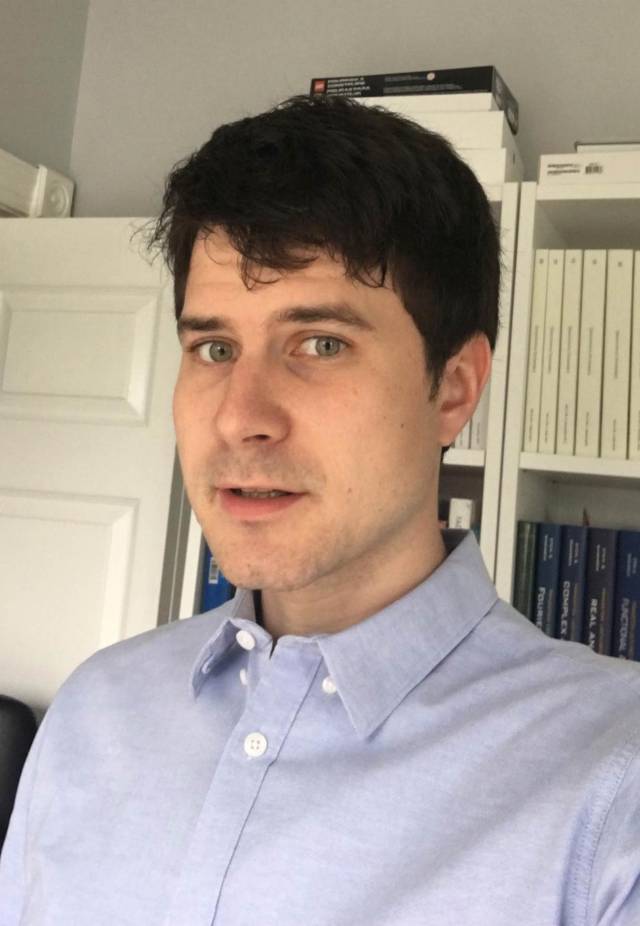 Maximilian Vogler is a fifth-year doctoral candidate in economics. He is the recipient of a graduate fellowship from Princeton, as well as a fellowship from the German National Merit Foundation.

“Max is that rare preceptor who can relate to the students in a way that truly helps them master the material and, importantly, make them enthusiastic about the substance of economics,” said Henry Farber, the Hughes-Rogers Professor of Economics.

Students noted Vogler’s effective communication, patience and warm demeanor — with one student wishing to emphasize “not only Max’s incredible ability to teach, but also his awesome and kind personality which go hand in hand to make him an extremely valuable asset to the Department of Economics and community as a whole at Princeton.”

“Max explains things clearly, ensures students are following in the line of reasoning, and effectively combined explanations of what is actually happening with the mathematical reasoning when presenting economics topics. Even more, he affirmatively creates an open space for people to ask questions, to clarify and to explore further connections and applications,” another student said.