Theorist Alicia Magann is a compelling example of how interdisciplinary research works at Princeton. A fifth-year graduate student in the Department of Chemical and Biological Engineering, Magann’s research nevertheless falls under the advisement of Herschel Rabitz, the Charles Phelps Smyth ’16 *17 Professor of Chemistry. 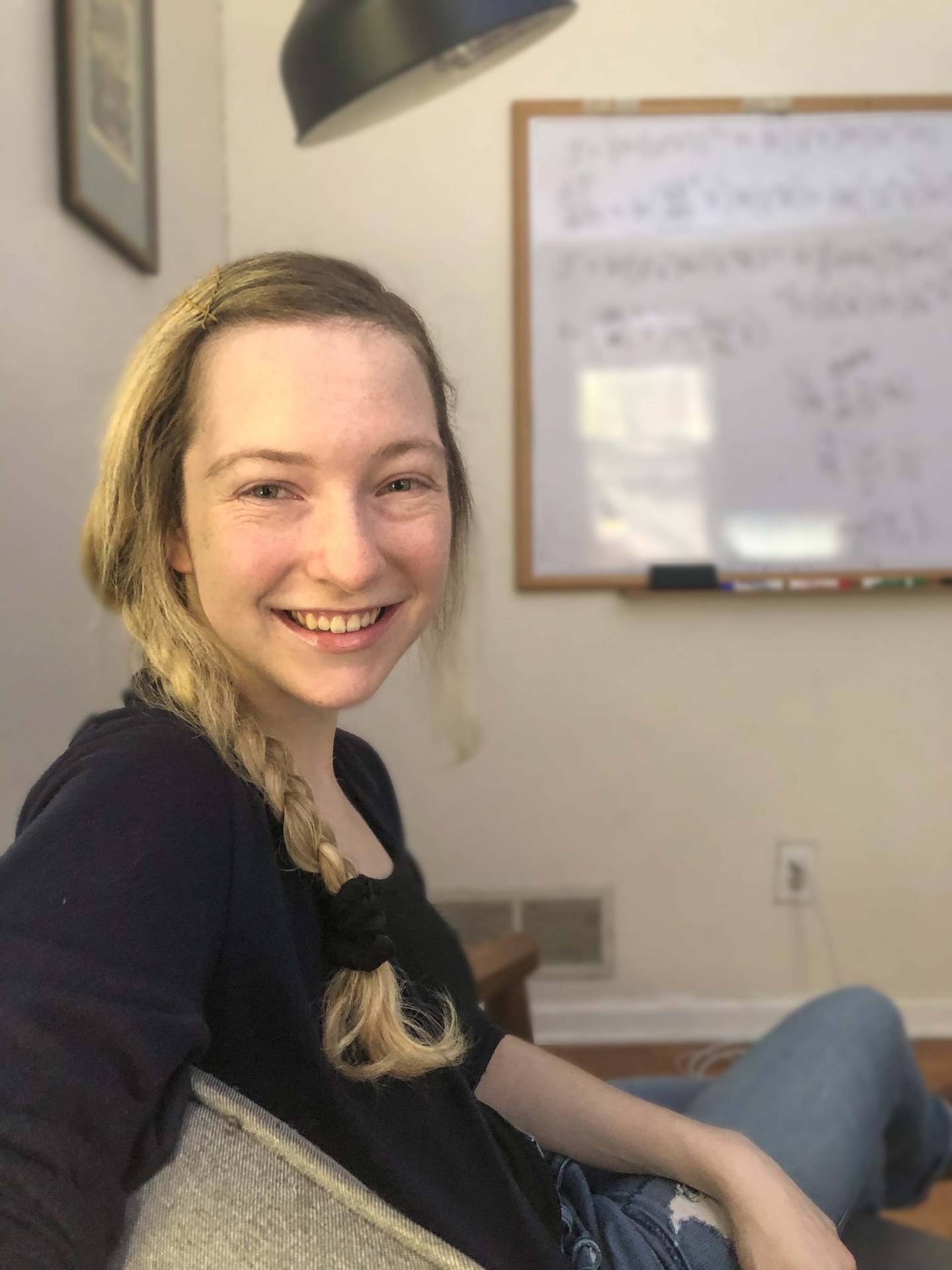 Raised in Phoenix, Magann graduated from Arizona State University (ASU) with a degree in chemical engineering that led somewhat unusually to her graduate work in quantum mechanics. Here’s how it all fits together.

What was your area of research at ASU?

I did my undergraduate research in the area of control engineering. If you think about a system that you want to control in some way — maybe it’s an aircraft or a robot or a chemical system — the goal of control engineering is to determine a way to get a desired behavior in the system by applying the right controls.

What brought you to Princeton?

In addition to control engineering, at ASU I became really interested in quantum mechanics, which is the study of how objects at a very small scale — like atoms, molecules or spins — behave. So when I learned about Professor Rabitz’s research on quantum control, which looks at applying engineering control principles to quantum mechanical systems, it was really the perfect combination of the two things that interest me most.

It really got started when lasers were invented, because people thought, hey, this laser could give us a tool to go in and interact with quantum systems and potentially control them. Since then, the field of quantum control has gone through different phases. Today, there’s this huge interest in quantum computing. One of the main challenges we face in actually building and operating a high-quality, large-scale quantum computer is being able to control all of its components. It turns out that controlling all of the quantum components, and controlling how they function together, and doing this in a scalable way, isn’t so easy. Quantum control is really the tool that we need to meet the moment.

Can you talk a little about your research?

I focus on finding ways to make quantum control simulations easier or cheaper to do. I look at that from a couple of different angles. One angle is trying to reduce the computational cost of determining the controls to drive the behavior of your quantum system in a desired way. I have been exploring this using a method called quantum tracking control. Another angle is trying to lower the computational cost of simulating the quantum system and its response to those controls. For this, early on I looked at approximation methods for quantum dynamics. More recently I considered how we could use a quantum computer for this task in the future.

What is it like to cross disciplines at Princeton?

At the start, I looked at lots of different universities and different research groups. I approached it all very systematically — who are the professors, what are they doing, what departments are they working in? Princeton stuck out to me because they have really strong theoretical and computational research both in CBE as well as in other departments, like here in chemistry. After I was accepted, CBE was incredibly supportive. I felt really encouraged to look for a group that would be the right fit for me, whether that was inside or outside of CBE. I don’t think you can always expect that, so I know I was really fortunate in this regard.

How is working in "Hersch's" lab?

When I first met Hersch, I remember being nervous. I felt like as a chemical engineering student interested in his work, I had a very unconventional background. But he was very welcoming to me and we ended up having this great conversation. Right off the bat it was clear that he had a real passion for research, and of course, a lot of enthusiasm for quantum control. And when I joined his group, he took the time to work with me and answer my questions so I could get up to speed. So I would say that when it comes to crossing into a new discipline, having a good mentor can make a big difference.

What are your postdoctoral plans?

I don’t know for sure. But recently, over the last year or so, I’ve become more interested in quantum computing, and especially in intersections between quantum information science and quantum control theory. This feels like good timing, because right now there’s a ton of really great quantum research happening across academia, in companies and in national labs. I plan to apply rather broadly and then see what options there are.

Any advice for maximizing your time at Princeton?

I think it’s going to be different for everybody, so you want to maximize your time based on what’s important to you. I’ve found that in order to be as effective as you can in research, it helps to talk to a variety of people to get a sense of different ideas and perspectives. Also, everybody gets stuck in research at certain points. To move past that as efficiently as possible, it also helps to talk to other people: “Have you been in a situation like this? What would you try?” If you don’t ask, you might just run in circles, get frustrated and waste time. It doesn’t have to be on you alone to become unstuck. If you want to keep making progress, go ahead and ask around for help. That’s a piece of advice that I would pass on.

Read more in the Chemistry Q & A series.