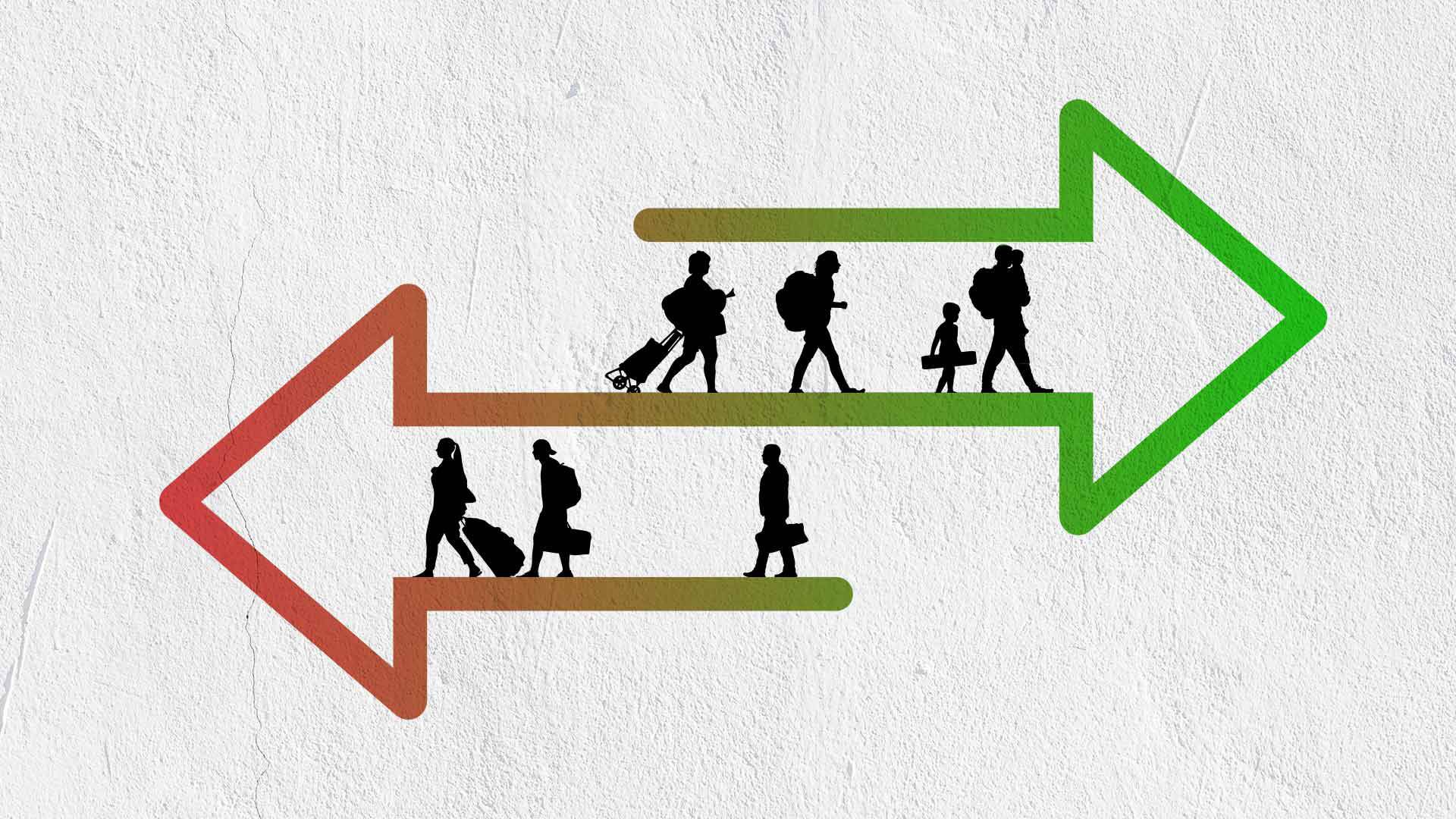 Tight border policies limit emigration from countries facing worsening climate conditions. A team of Princeton researchers found that when migrants can move freely, both they and the developing countries from which they came are better off financially.

As the planet continues to warm, people living in the world’s most vulnerable regions — like arid or low-lying nations — must contend with the decision to stay in a place where livability is decreasing or leave for countries with more stable climate and economic conditions.

New Princeton University research suggests that restrictive border policies could increase many people’s vulnerability to extreme climate conditions and weaken economic prosperity by limiting their ability to emigrate from countries that are facing worsening conditions due to climate change, such as drought, heat waves and rising seas.

When allowed to move freely, however, both migrants and the developing countries from which they came are less vulnerable and better off financially, the researchers reported in the journal the Proceedings of the National Academy of Sciences.

The researchers built migration into a standard model typically employed by policymakers to estimate the social cost of carbon and other climate change effects, explained co-lead author Hélène M. Benveniste, a Ph.D. candidate at the Princeton School of Public and International Affairs (SPIA).

“In discussions about international migration and global climate policy, it seemed that many were looking through the lens of the people coming in, focusing only on the destination country, and not what it would mean for both the migrant population and origin countries,” said Benveniste, who was supported by the Princeton Energy and Climate Scholars program based in the Princeton Environmental Institute (PEI). “Our work shows these conversations need to be brought together.”

The researchers centered their work around two questions: What does exposure to climate change mean for people around the world, as well as their ability to deal with the impacts? And who would be able to move, and who would be constrained to stay?

They employed a standard climate-global economy model known as the Integrated Assessment Models, which typically includes a simplified representation of migration. In their version of the model, they included dynamics for both migration and remittance, cash being exchanged between people in the two countries. Remittance is an important feature of the model, as cash received from family members abroad can be a powerful resource in developing countries.

Money can also help people prepare for the effects of climate change. The researchers measured “exposure” to climate change by quantifying how people might be affected by it, where they are and where they might go, as well as how much money they might have.

First, they tested the accuracy of the model by looking at different border policies, making them both easier and more difficult to cross than they are today. They also investigated the effects of these border policies on different income levels and on people’s ability to relocate.

Then, using actual migration flows compiled by past researchers and derived from the World Bank, they made projections up until the year 2100. Using what scientists call a “gravity model,” they took into account economics, demography, migration and income differences between places to determine the number of people moving.

They found that exposure and vulnerability to impacts of climate change tend to be higher in developing countries. Over the 21st century, most migrants from these developing countries tend to move to areas where they are less exposed to such impacts than where they came from. The researchers can’t say how many of these migrants moved because of climate change, as many relocated for other financial reasons as well.

The results also show that open borders have a positive impact on developing countries themselves, especially in places like Central America, Southeast Asia and small island nations. When people are allowed to move freely, they tend to send more money “back home,” which provides an important source of income for the origin country. This income could be used to reduce vulnerability to climate change.

Researchers at SPIA have been studying the relationship of climate change to migration for more than a decade using a variety of modeling approaches. “Our motivation in projecting climate-related migration is to provide a basis for public policy that will improve outcomes for migrants and for people at migration destinations as well as the communities they left behind,” Oppenheimer said.

“Effect of Border Policy on Exposure and Vulnerability to Climate Change,” by Hélène Benveniste, Michael Oppenheimer and Marc Fleurbaey, appeared in the Proceedings of the National Academy of Sciences on Oct. 12 (DOI: 10.1073/pnas.2007597117).