Despite sea-level rise risks, migration to some threatened coastal areas may increase

Keely Swan, Center for Policy Research on Energy and the Environment

In coming decades as coastal communities around the world are expected to encounter sea-level rise, the general expectation has been that people’s migration toward the coast will slow or reverse in many places. 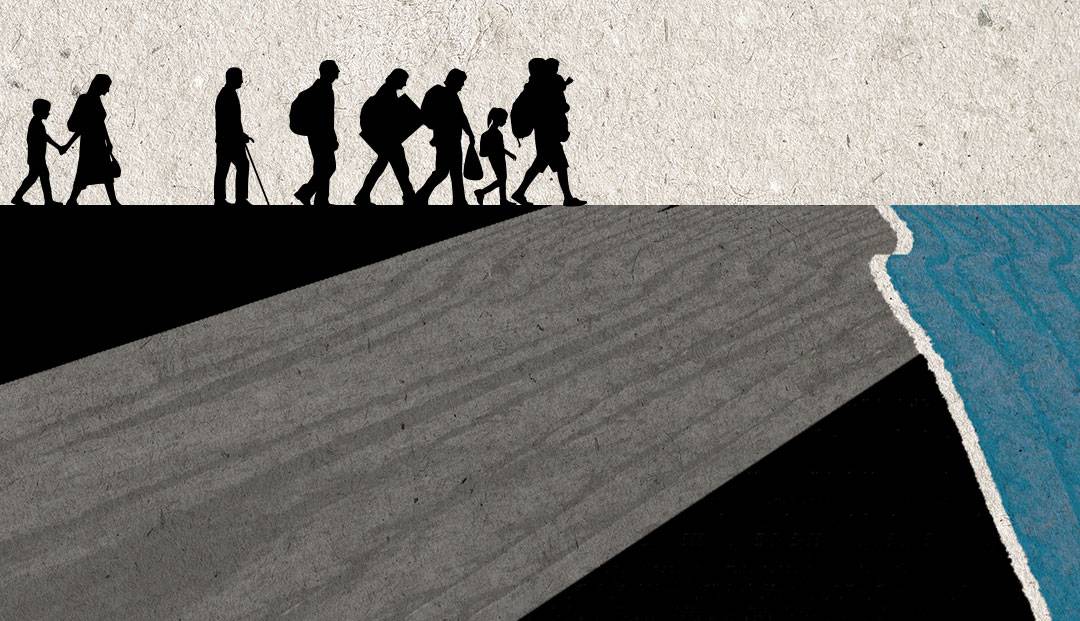 However, new research co-authored by Princeton University scholars shows that migration to the coast could actually accelerate in some places despite sea-level change, contradicting current assumptions.

The research, published in Environmental Research Letters, uses a more complex behavioral decision-making model to look at Bangladesh, whose coastal zone is at high risk. They found job opportunities are most abundant in coastal cities across Bangladesh, attracting more people whose agricultural income opportunities are in decline in other parts of the country. Meanwhile, the populations already living along the coast tend to stay, as floods increase their losses but few better alternatives are present elsewhere.

“We tend to think that rising sea levels will drive people away from the coasts, but here we show a plausible story where they don’t,” said lead author Andrew R. Bell, assistant professor of environmental studies at New York University.

“We show that people may choose to migrate into riskier terrain, a finding that contradicts common assumptions,” said Michael Oppenheimer, a co-author and Princeton's Albert G. Milbank Professor of Geosciences and International Affairs and the High Meadows Environmental Institute, who also serves as director of the Center for Policy Research on Energy and the Environment. “It’s why this kind of modeling matters so much. Getting a better grasp on what people will decide to do under specific circumstances will inform adaptation planning in time to save lives. The dangers from climate change can only be addressed effectively with planning long in advance by individuals and governments."

Improving people’s access to financial credit is commonly proposed as a policy lever to incentivize migration away from climate hazards, but surprisingly this new model demonstrated that credit access actually increased the number of people who chose to stay along the coast. The researchers attribute this “mooring” effect to people having fewer opportunities elsewhere and being able to use credit to protect their households along the coast.

Access to credit remains an important mechanism for addressing the vulnerability populations experience in light of climate hazards, argue the researchers. However, broadened access to credit alone is not sufficient to address mobility for climate adaptation purposes. This study provides valuable insights into how the timing and delivery of credit can result in particular behavioral responses. Additional policy interventions — including regulations on zoning and construction, programs to promote savings behavior, or grants to specific businesses — should be considered in future studies to see if a combination of approaches yields different migration results, say the researchers.

“With the MIDAS model, we have been much better able to capture the competing factors — jobs, family, and investment in a place — that shape an individual’s decision to stay or leave, and compare them on an equal footing,” said Bell.

This latest study takes an important step toward more nuanced views of human behavior, illuminating potential climate change adaptation responses that initially seemed counterintuitive. To make further improvements on the model, researchers will need to collect more data on how people are adapting to climate shocks as they occur, and more information about people’s interpretation of risks at different levels of exposure. These future models could provide more policy-actionable recommendations that avoid some of the dangers of unintended behavioral responses exposed by this current analysis.

“Migration towards Bangladesh coastlines projected to increase with sea-level rise through 2100” by Andrew R. Bell, et al., was published Feb. 10 in the journal Environmental Research Letters (DOI: 10.1088/1748-9326/abdc5b). Two Princeton University researchers, Michael Oppenheimer and Tingyin Xiao, an associate research scholar at the Center for Policy Research on Energy and the Environment, were among the contributing authors. The National Socioenvironmental Synthesis Center provided funding and logistical support for this research.