Through the lens of song and conversation, Princeton University Concerts’ (PUC) newest digital initiative, “Sing for Today,” debuts online on Friday, Oct. 30. Co-produced by PUC and the University Musical Society of the University of Michigan, the series was conceived by multiple Grammy Award-winning mezzo-soprano and PUC fan-favorite artist Joyce DiDonato. “Sing for Today” features DiDonato responding to current events and global concerns in a series of short videos. 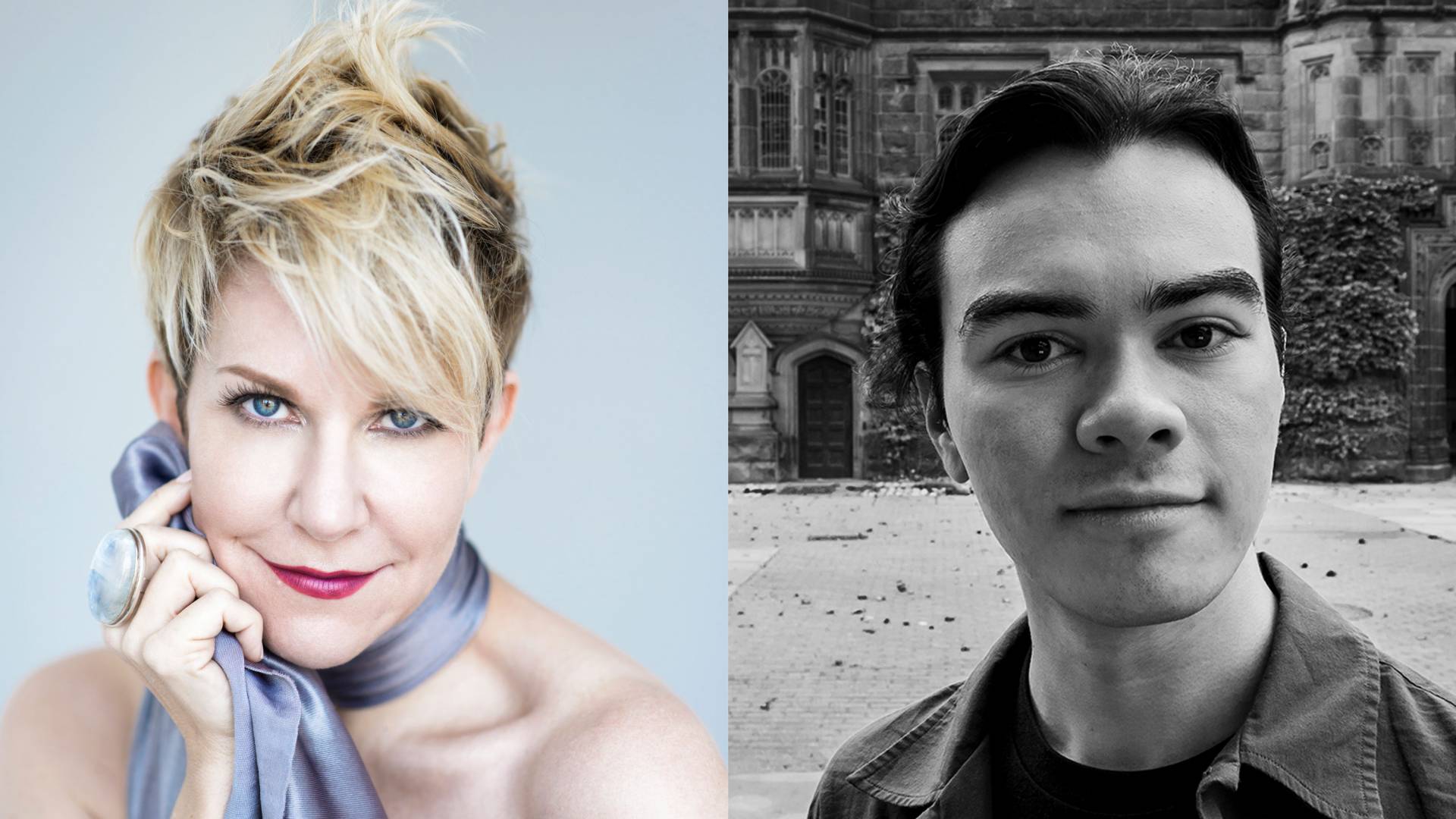 Princeton University Concerts’ newest digital initiative, “Sing for Today,” debuts on Oct. 30, featuring opera star Joyce DiDonato (left) and Kai Tsurumaki, a member of Princeton's Class of 2023 (right), co-founder of the Poll Hero Project. The series responds to current events and global concerns through song and conversation; the first video taps into the energy of the upcoming general election.

The first segment taps into the energy of the upcoming general election. In response to images of long, early voter-lines across the United States, DiDonato sings “This Land Is Your Land,” accompanied by guitarist Àlex Garrobé in tribute to the passionate voters. She then frames the song with a conversation with “Hamilton” lead producer Jeffrey Seller and two of the student leaders of the Poll Hero Project, Kai Tsurumaki, a member of Princeton’s Class of 2023, and Saika Islam, a member of  the University of Michigan’s Class of 2021. (Tsuramaki was featured in Princeton’s Instagram series #TellUsTigers on Oct. 23.)

All “Sing for Today” episodes are free to view. Watch the first episode online.

Future episodes of “Sing For Today” will feature DiDonato singing and in dialogue with people from a variety of different backgrounds, calling on great songs to permeate profound events of the present day.

Lessig: 'We're in a copyright war'

Performers as Teachers: The Master Class at Princeton