Princeton University senior Sophie Li has been awarded a Rhodes Scholarship for graduate study at the University of Oxford. 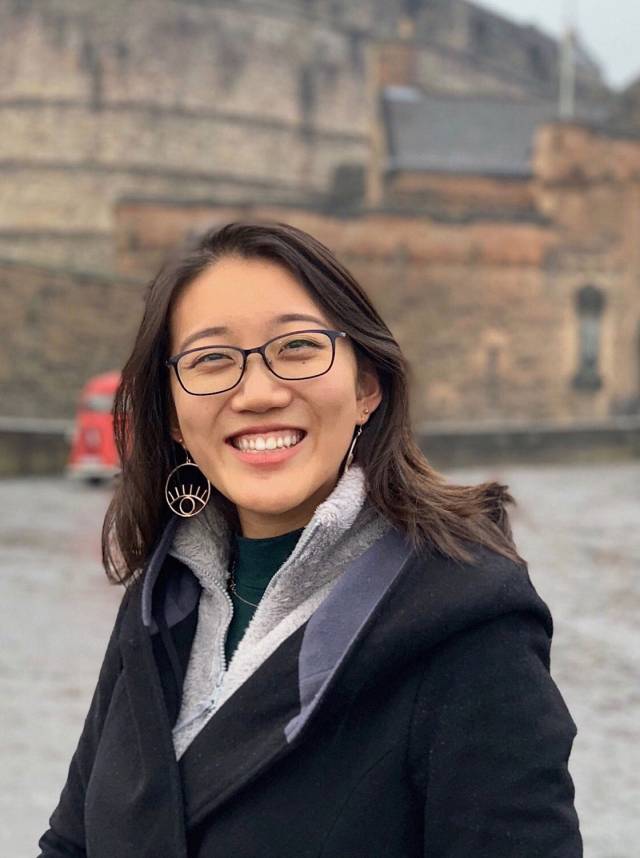 The prestigious fellowship funds one to three years of graduate study at Oxford. She will begin her studies at Oxford in September 2021. This is the first year Rhodes Scholars were elected entirely virtually, with all candidates and selectors participating safely, independently and digitally. Li will join an international group of more than 100 Rhodes Scholars chosen from more than 60 countries, and she is among several winners who have attended American colleges and universities.

Li, of Hong Kong, is concentrating in politics and is also pursuing a certificate in journalism. At Oxford, Li will pursue an M.Sc. in Refugee and Forced Migration Studies.

She has engaged with forced migration issues through a range of different perspectives at Princeton, both in and outside the classroom. Her courses have focused on migration journalism, human rights, comparative constitutional law, causes of war, politics of development and applied social statistics. She is a member of Forbes College.

Her interest in migration was first sparked in the summer following her first year at Princeton, when she interned at Resolve, a nonprofit organization in Hong Kong. In summer 2019 she was an Asia Program intern at the Foreign Policy Research Institute in Philadelphia. Last summer, through the Office of Religious Life's Faith-Based Internship program, she was a policy intern at the U.S.C.C.B. Office of Migration and Refugee Services in Washington, DC., where she honed her research and data analysis skills, while further immersing herself in the world of policy and government lobbying.

As part of the Religion and Forced Migration Initiative, she has served as a researcher supporting asylum applications with the Princeton Asylum Project, and has combined her passion for law, policy and storytelling with the Oral History Project on Religion and Resettlement. As an oral historian and student journalist, Li has amplified refugees' stories in their own words.

Deborah Amos, Ferris Professor of Journalism in Residence and NPR Middle East correspondent, said Li was an outstanding student in her fall 2019 course “Migration Reporting,” which included a trip to Canada and to Canadian asylum court.

“Her final project — on farming as a way to use ‘work’ to integrate Syrian and Yazidi refugees in Canada — showed an intimate understanding of the resettlement process and how particular work experiences can build a sense of dignity for newcomers,” Amos said. “I am delighted that she is focusing on migration issues at Oxford.”

After Oxford, Li will attend Harvard Law School, where she was accepted through the junior deferral program, and hopes to pursue a career in asylum law. Li said: “Professor Amos’ course, including the field trip to Canada, was an eye-opening education in the ways that lawyers and community leaders can make a real difference; it would be incredible to follow in their example. At every level of my education, I've been so lucky to benefit from the knowledge and mentorship of the best of professors and scholars, and I hope to keep paying back what they have so generously given me.”

Rory Truex, assistant professor of politics and international affairs, first met Li when she took his Chinese politics class in fall 2018. “I knew quite quickly that she was different. She had a depth of knowledge about the material that exceeded that of my graduate student preceptors, but she never once rested on her laurels. She dove into the material, and used her considerable expertise to enhance class discussion and raise her classmates up to her level. Having her in class is like having a second professor in the room,” he said.

In summer 2019, Li served as a research assistant for Truex, conducting background research on drug crimes and detention centers in China and analyzing survey data related to political psychology in China.

Truex taught the junior independent work seminar for Li’s junior paper and is an adviser for her senior thesis, which explores factors that affect public perceptions of criminality in China. He said: “Courage, purpose, intellect, maturity, creativity, leadership. These are the traits that come to mind when I think of Sophie Li. She represents the very best our University can produce, and she is deserving of the Rhodes.”

“Be it through hands-on volunteering, policy analysis, legal research or storytelling, my engagement with forced migration issues has taught me that a multifaceted approach is key,” Li said in her essay to the Rhodes Scholarship selection committee for Hong Kong. “Though Hong Kong today is not a welcoming place for refugees, its present-day success is indisputably tied to the millions who fled mainland China in the 1900s. Forced migration is essential Hong Kong history.”

Li, who is studying remotely on the East Coast this semester, said she completely missed the first call from the Rhodes Hong Kong office notifying her that she had been selected. “I was watching ‘Money Heist’ with friends, and my phone was on silent mode… I didn’t  see the news coming at all, and my first reaction was that it couldn't actually be real. I'm still not convinced I didn't hallucinate the entire thing.”

She said she is excited to be named a Rhodes Scholar. “I'm really looking forward to meeting and learning from other students and members of the Oxford/Rhodes community, and I'm excited to be taught by some of the world's foremost experts in the field of refugee and forced migration studies!”

Li said living and learning in the time of COVID-19 has changed her perspective in many ways.

“While the pandemic has brought significant chaos into my life and the lives of others, I think it has also clarified a lot: that many things — systems, norms — are more fragile than we realize; that it's more important to think locally and think communally than ever before,” she said.

“I'm extremely grateful for so many things — being on Eastern Standard Time instead of Hong Kong Time for the semester; playing Just Dance with friends I get to see in person; staying healthy, sheltered and safe. Given how lucky I am in such infinite and varying ways, I am more convinced than ever that I have some responsibility to pay that good fortune forward.”

Outside of her studies, Li serves as a mentor for CovEd, providing SSAT tutoring and homework help as part of a student-led volunteer effort supporting low-income children and families during the COVID-19 pandemic. She also serves on the executive board of the Princeton U.S.-China Coalition, and works as a research assistant for the Department of Sociology, studying information politics and media dynamics in China.

During her time at Princeton, she also has volunteered with the National Suicide Hotline and a local crisis hotline and served as a tutor with the Princeton Re-Entry and Employment Program.