Roger S. Berlind, a member of Princeton’s Class of 1952, former University trustee, Tony Award-winning producer, and a supporter of the arts and humanities at Princeton, died of cardiopulmonary arrest Dec. 18 at his home in Manhattan. He was 90. 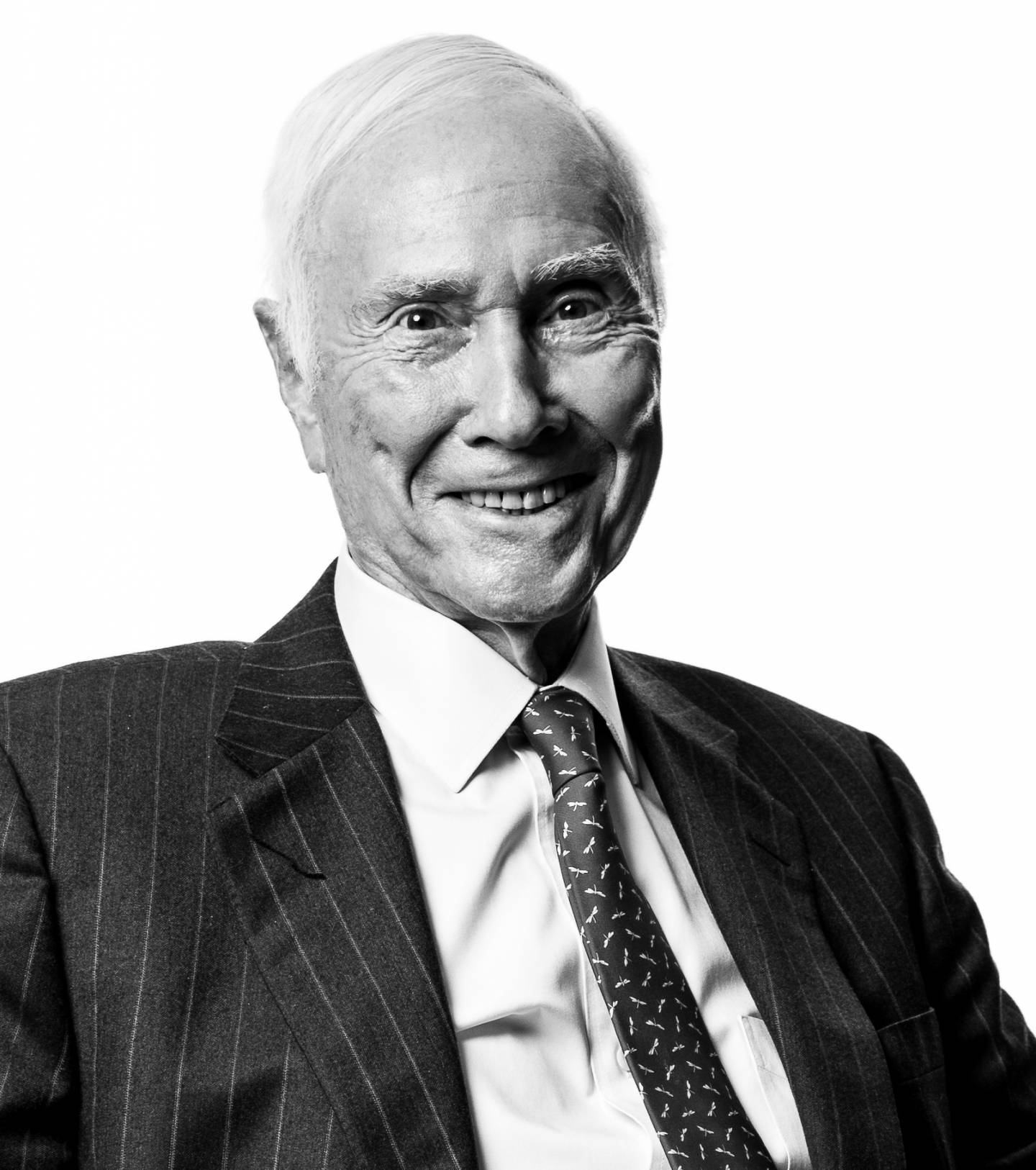 “It is with great sorrow and intense gratitude that we honor the life and legacy of Roger S. Berlind,” said Tracy K. Smith, chair of the Lewis Center for the Arts and the Roger S. Berlind ’52 Professor in the Humanities. “Roger's visionary spirit, deep altruism, and abiding generosity have made possible decades' worth of art and creation at Princeton. He was also affable and witty. His energy was galvanizing to all of us who had the pleasure to meet him.”

Berlind’s love of theater and Princeton led to his support of several critical initiatives at the University. His $3.5 million gift in 1998 supported a major expansion of McCarter Theatre Center facilities on the Princeton campus, the centerpiece of which is the state-of-the-art 350-seat proscenium theater that bears his name. The Roger S. Berlind Theatre, programmed in rotation by McCarter and the Lewis Center for the Arts’ Programs in Theater and Dance at the University, provided a major advancement for both McCarter and the University’s performing arts. At the time, Berlind told the Princeton Alumni Weekly, “This project is exciting to me because it will enhance what is already a first-rate program for undergraduates, and at the same time further enrich the cultural resources of the Princeton community.”

In 1986, Berlind endowed the Roger S. Berlind '52 Professorship in the Humanities at Princeton, first held by writer Joyce Carol Oates, now emerita, and in 2016 the title was conferred on Smith.

In 2014, Berlind, who majored in English at Princeton and wrote his thesis on the playwrights of the Irish Literary Renaissance, funded the establishment of the Roger S. Berlind Playwrights-in-Residence Fund to recognize playwrights whose work has significant impact on the field. Over the past six years the program has supported residencies, commissions and teaching by Shariffa Ali; Avi Amon; Migdalia Cruz; Nathan Davis; Christopher Durang; Joanna Evans; Naomi Iizuka; Branden Jacobs-Jenkins, a member of the Class of 2006, who was commissioned to adapt Euripides’ “The Bacchae” for the opening of the new Lewis Arts complex in 2017; Sarah Ruhl; and Lauren Yee.

"I first met Roger at a dinner for the advisory council of the English Department in the mid-80s, but how could either of us have known then how much he would go on to do for the arts at Princeton?” said Michael Cadden, senior lecturer in theater, former chair of the Lewis Center, and former director of the Program in Theater and Dance.

Over 25 years later, Cadden introduced Berlind to Branden Jacobs-Jenkins before a meeting of the advisory council of the Lewis Center. “I proudly informed Roger that Branden had directed his thesis play in the Berlind Theatre. As we continued to chat, I joyfully witnessed American theater past and present in dialogue with American theater present and future," he said.

Berlind served as a University trustee from 1983 to 1987, as a member of the advisory board of the Lewis Center for the Arts from 2008 until 2017, and on the advisory councils of the Department of English and Department of Art and Archaeology.

Berlind was born on June 27, 1930, in Brooklyn and his family moved to Woodmere, on Long Island, when he was 3. He attended Woodmere Academy before attending Princeton, where theater played a major role in his undergraduate experience. He was an active member of the student groups The Triangle Club and Theatre Intime and had aspirations to become a songwriter.

During a stint in the Army in the Counterintelligence Corps in Germany following his graduation from Princeton in 1952, he served on a ship with comic actor and writer Buck Henry, and the two reportedly created shows for their fellow soldiers.

After an unsuccessful attempt at a songwriting career following his time in the Army and needing to find a job, Berlind was encouraged to pursue a career in finance. He first worked for at an investment company, then in 1960 co-founded the brokerage firm Carter, Berlind, Potoma & Weill. The firm was acquired by American Express in 1981.

In 1975 Berlind’s life took a tragic turn that led to a career change and a return to his love of theater. In June of that year, his wife Helen Polk Berlind and three of their four children were killed in an airliner crash during a landing at Kennedy International Airport. “The whole idea of building a business and making money didn’t make sense anymore,” he told The New York Times in 1998. “There was no more economic motivation.”

Friends connected Berlind with people in the New York City theater community, and he immersed himself in learning every aspect of mounting a production. He was admired and respected for his integrity and not falling into the trap of many producers — interfering with the creative process.

Berlind’s second career in theater spanned more than 40 years and included some of the most original work on Broadway, garnering 25 Tony Awards, one of the largest numbers on record.

He produced or co-produced more than 100 plays and musicals on Broadway, including such critical and box-office successes as “The Book of Mormon,” “Dear Evan Hansen,” “City of Angels,” the Pulitzer Prize-winning plays “Proof” and “Doubt,” and revivals of “Guys and Dolls” starring Nathan Lane, “Hello, Dolly!” starring Bette Midler, “Death of a Salesman” starring Philip Seymour Hoffman, “Hamlet” with Ralph Fiennes, Lorraine Hansberry's “A Raisin in the Sun” and “Kiss Me, Kate.” Among his earlier work was the original 1980 production of “Amadeus,” the 1981 Duke Ellington revue “Sophisticated Ladies” and “Nine,” a musical based on the Fellini film “8½.” His 1984 production of Tom Stoppard’s “The Real Thing” swept the Tony Awards that year. His last show, which he co-produced with his son William, a 1995 Princeton alumnus, and others, was the Tony Award-winning 2019 revival of Rogers and Hammerstein’s “Oklahoma!,” which broke barriers when actress Ali Stroker became the first person who uses a wheelchair to win a Tony.

In 2009, Berlind was inducted into the American Theater Hall of Fame. In 2011, he received a Lifetime Achievement Award from the playwright-development workshop New Dramatists.

In addition to his son, Berlind is survived by his second wife, Brook; his brother, Alan; and two granddaughters.