Sharon Waters for the Office of Engineering Communications

It started as a failed experiment.

Princeton Professor Marcus Hultmark and three Ph.D. students in his lab were testing — in water — a high-resolution temperature sensor that they had developed and used successfully for measurements in air. But then-graduate student Clayton Byers saw that the sensor was delivering backwards results: warm registered as cold and vice versa. Disappointment led to discovery as the team realized they were measuring fluid velocity, which has long proven much more difficult to measure than temperature. 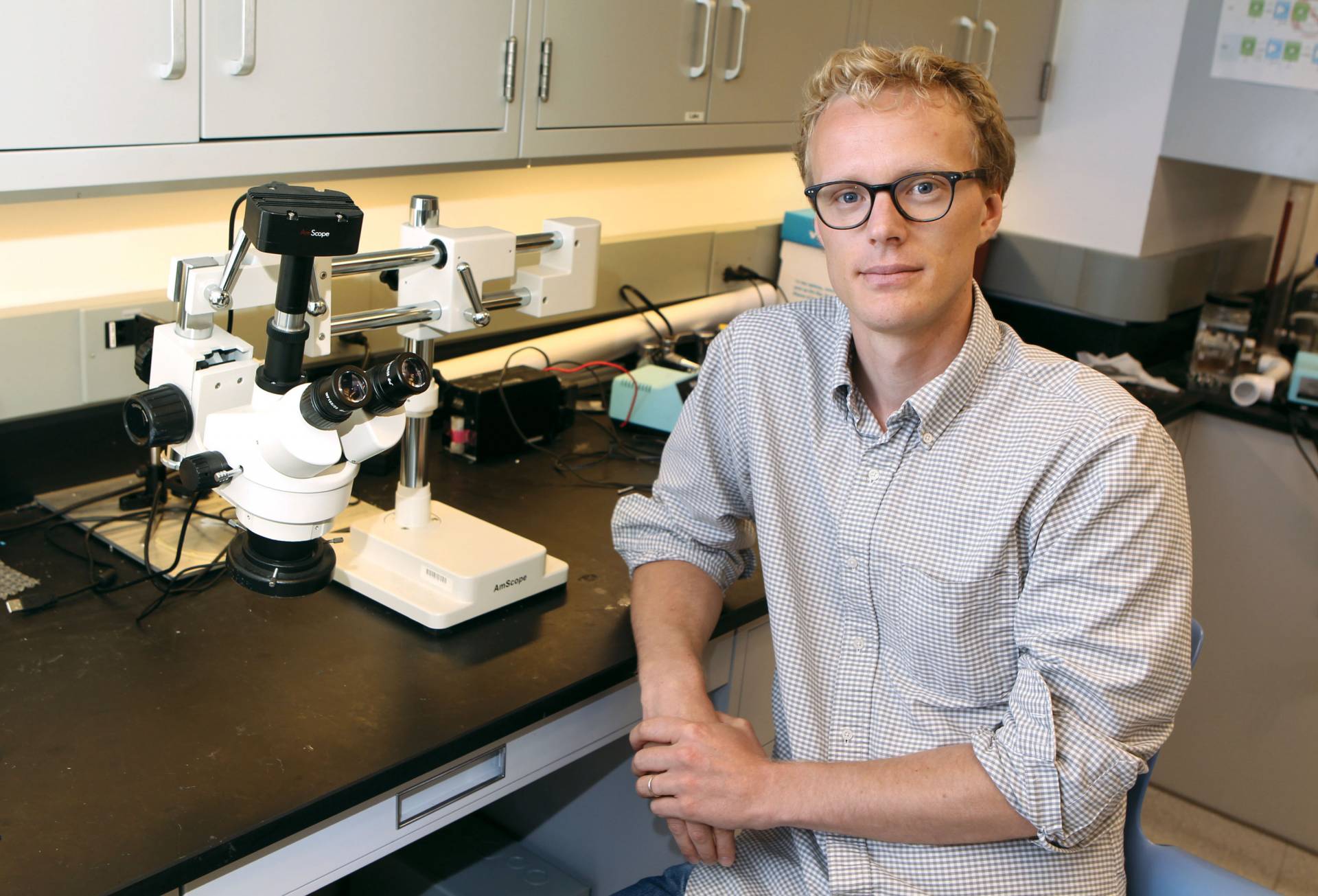 Marcus Hultmark led a team that found a revolutionary new approach to measuring flow rates. “You can put it in honey, in water, in air, and the same sensor does a very good job in all of them,” he said.

It turned out that their instrument determines flow velocity in a completely novel way. The team — Hultmark, Byers, Matt Fu, and Yuyang Fan — spent more than a year deciphering the mechanics of what they dubbed elastic filament velocimetry (EFV). They patented the technology and started a company to develop it into a widely available product.

Their sensors are extremely sensitive to small flow rates, and their simplicity makes the manufacturing very scalable and cost-efficient. Both attributes will allow for large-scale commercial and industrial applications including chemical manufacturing, refining, and pharmaceutical manufacturing and delivery. The research team is also working to adapt the technology for further uses such as administering medicine to patients in syringe-like devices when dosage control is critical.

“This is a great example of a fundamental research project leading to an unexpected discovery,” said Hultmark, an associate professor in mechanical and aerospace engineering. “It was not planned for, it just happened.”

To measure flow, EFV uses nanoscale ribbons, ultra-fine filaments that span across two anchoring points like a suspension bridge. The team initially worked with material that was 300 microns long, 2 to 3 microns wide, and 0.1 microns thick (so if 1,000 of these nanoribbons were stacked on top of each other, the pile would be the same height as a strand of hair). When a flowing fluid hits the nanoribbons, they stretch, and the stretching changes their electrical properties in a way that reveals the precise flow rate.

Hultmark said the eureka moment came when the researchers realized that, due to the nanoscale dimensions, the nanoribbon “does not act as a bending beam, but instead as a stretching ribbon, more like a rubber band.”

“That makes a significant difference in how it measures the forces, especially at the very lowest flow rates,” Hultmark said.

Princeton has filed a portfolio of patents related to this technology. The lead patent, which names Hultmark, Byers, Fan and Fu, was issued in the United States in January 2020 and more recently in China, and is pending in Europe and India.

“It’s very challenging to get a patent for nanotechnology, because you can’t take something that works on a large scale and just make it smaller. You will not get a patent for it,” Hultmark said. “But here, you have something that wouldn’t work on a larger scale. Only when you miniaturize it, that’s when this phenomena occurs. That is what we are exploiting in the patent.”

In addition, the technology can be used at very low flow rates and for any fluid. “You can put it in honey, in water, in air, and the same sensor does a very good job in all of them,” said Hultmark. “On top of that, because of the mechanical behavior, you can tailor it very well to whatever application you have.” 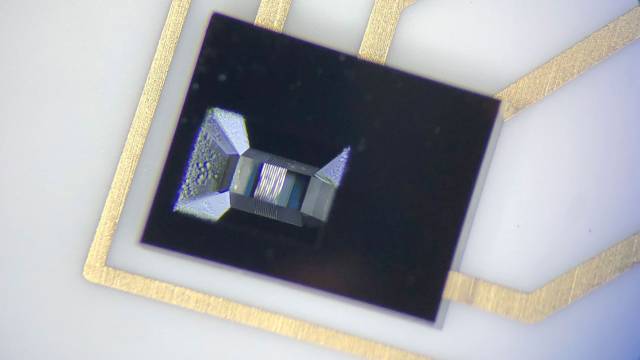 Using ribbons many times finer than a human hair, Princeton researchers have developed a highly sensitive flow meter that is inexpensive and useful in large-scale commercial and industrial applications.

Photo by the researcher

The EFV sensor’s small, lightweight sensing element will cost a fraction of a dollar, making it orders of magnitude less expensive than current technologies for low flow rates with price tags up to $10,000, he said.

“All of that together makes a very attractive sensor for the modern world, where you want to have lots of sensors,” said Hultmark. “We knew that this was a cool technology, but at that point we had no idea who would benefit the most from it, who really needed it.”

In summer 2018, Hultmark’s team participated in the National Science Foundation (NSF) I-Corps program and the eLab Summer Accelerator from the Keller Center for Innovation in Engineering Education. Stephen Snyder, an executive in residence at the University’s Office of Technology Licensing, put the I-Corps program on Hultmark’s radar; he also served as the team’s mentor at eLab.

The NSF funding and eLab program allowed the team to explore EFV’s product-market fit. “It allows people like us to explore the commercial potential around the technology developed in a research lab,” said Hultmark.

The team focused on consumer products like medical devices for injections in the home, and industrial automation processes where many fluids are measured simultaneously.

The team licensed the technology from Princeton, and in 2017 they spun out Tendo Technologies, playing on the Latin word for “stretch.” Fan, a 2017 Ph.D. alumnus, now works full time at Tendo. Byers, who completed his Ph.D. in 2018, is an assistant professor of engineering at Trinity College in Hartford, Connecticut. Fu, also a 2018 Ph.D. graduate, is a postdoctoral scholar research associate in aerospace at Caltech.

As he recalled the “fun” of the discovery, Hultmark downplayed his own role, saying he primarily let the students move forward with their ideas. “One could have said, ‘No, this is wrong. We should measure temperature. Go back and measure temperature,’” said Hultmark. “But instead we were able to discover a new mode of sensing, and the knowledge we gained also allowed us to improve the temperature sensor for temperature measurements in liquids.”

Tendo Technologies, currently based at Princeton Innovation Center Biolabs, is now working with industrial collaborators to bring the EFV technology to the market.