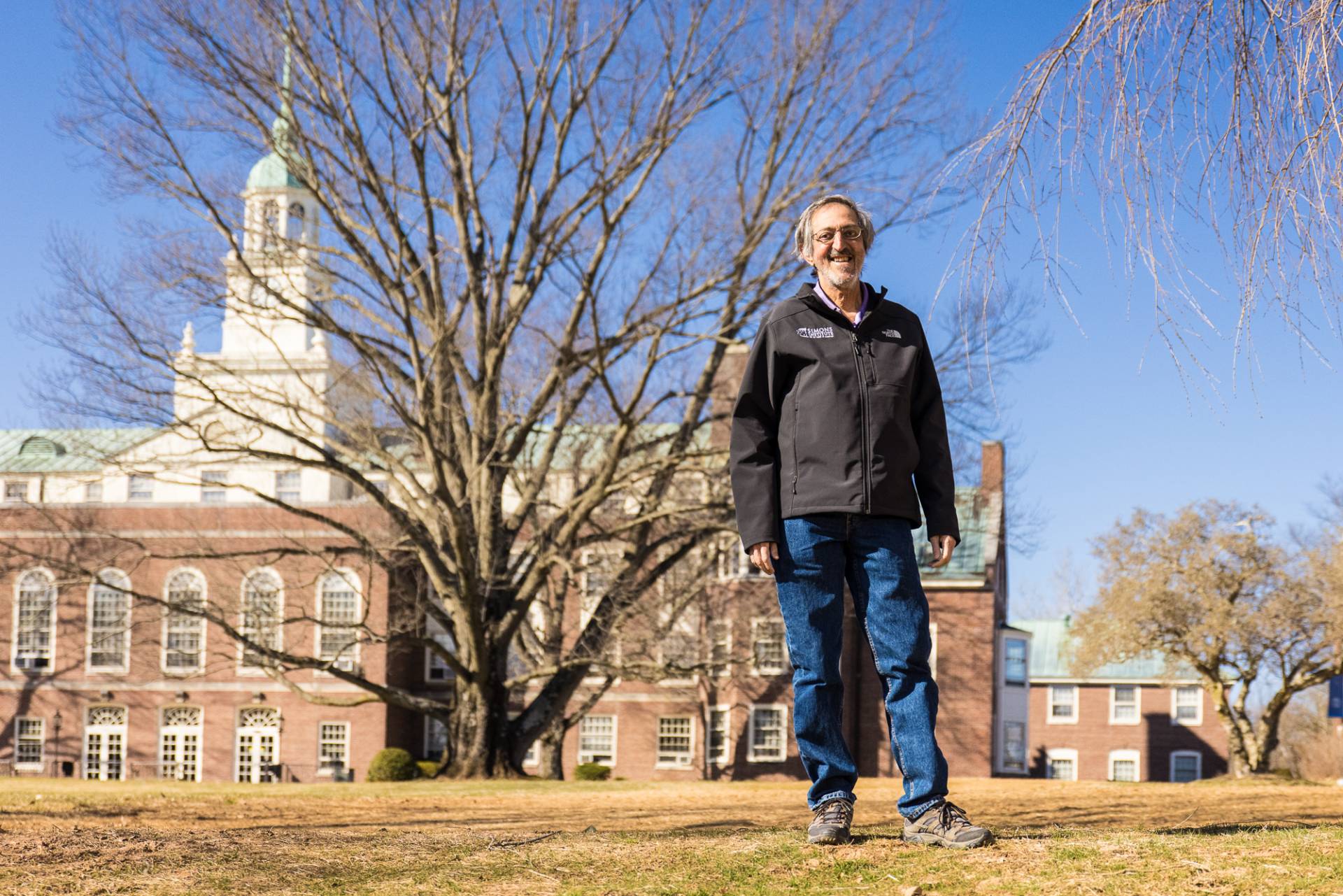 The Norwegian Academy of Science and Letters has awarded the Abel Prize for 2021 to Avi Wigderson, a 1983 Ph.D. graduate of Princeton in electrical engineering and computer science, now on the faculty of the Institute for Advanced Study. He shares the prize with László Lovász of the Alfréd Rényi Institute of Mathematics and Eötvös Loránd University in Budapest, Hungary.

The award cites “their foundational contributions to theoretical computer science and discrete mathematics, and their leading role in shaping them into central fields of modern mathematics.”

The government of Norway established Abel Prize “to give the mathematicians their own equivalent of a Nobel Prize.” The winners of the prestigious award will share the prize of 7.5 million Norwegian kroner (about $880,000).

"Avi is a collaborator and mentor of many of the faculty in the computer science department at Princeton," said Jennifer Rexford, chair of the Department of Computer Science as well as Princeton's Gordon Y.S. Wu Professor in Engineering. "We are delighted that his fundamental contributions to the theory of computation are receiving this well-deserved recognition."

She added: "Computer science is an increasingly important part of neighboring academic disciplines. We are excited to see Avi’s fundamental contributions to the theory of computation receive the highest recognition in mathematics."

Wigderson, born in Haifa, Israel, in 1956, is known for deepening the connections between mathematics and computer science. His contribution to enlarging the field of complexity theory — which impacts the efficiency of algorithms as well as internet cryptography — is “arguably greater than that of any single other person,” said the award citation.

Wigderson has made fundamental contributions to complexity theory, including the zero-knowledge proof, which today is used in blockchain (cryptocurrency) technology. The idea behind the zero-knowledge proof is the puzzle of how to prove you know something without giving away the information. For example, if someone wanted to show a friend that she had found Waldo in the newest “Where’s Waldo” book — without giving away the solution — she could cut a tiny hole in a piece of cardboard, hold it over the open book, and reveal Waldo’s form without giving any other clues to his whereabouts on the page.

Early in his career, Wigderson demonstrated that zero-knowledge proofs can be used to prove, in secret, any public result about secret data.

Wigderson completed his doctorate at Princeton in 1983 under the supervision of Richard Lipton, now an emeritus professor of computer science. His dissertation was titled, “Studies in Combinatorial Complexity.”

“We are proud of the many fundamental contributions of Professor Wigderson to the mathematical foundations of computing and information systems, and we are very glad to see him receive this highly deserved recognition,” said Sharad Malik, chair of electrical and computer engineering and the George Van Ness Lothrop Professor in Engineering.

Wigderson came to Princeton after completing his B.Sc. in computer science in 1980 at Technion, the Israeli Institute of Technology. After leaving the University, he joined the faculty of Hebrew University in Jerusalem, where he taught until coming back to New Jersey to join the Institute for Advanced Study in 1999.

The Abel Prize Award ceremony will take place at a future date when His Majesty King Harald V of Norway can safely present the Abel Prize to the laureates.

Wigderson is the ninth Abel Prize recipient linked to Princeton. The 2020 prize was awarded to Hillel Furstenberg, a 1958 Ph.D. alumnus. The 2019 prize went to Karen Uhlenbeck, a recipient of a 2012 honorary degree who was then a visiting senior research scholar in mathematics at Princeton; Robert Langlands received the 2018 prize for a theory he developed while an associate professor at Princeton; the 2016 prize went to Andrew Wiles, the James S. McDonnell Distinguished University Professor of Mathematics, Emeritus; late University mathematician John Nash shared the 2015 prize with Louis Nirenberg of New York University; the 2014 prize went to mathematics Professor Yakov Sinai; the 2011 prize went to John Milnor of the Class of 1951, who received his Ph.D. in mathematics from Princeton in 1954 and taught in the department until 1970; and John Tate, a 1950 Ph.D. alumnus, won the 2010 prize.