Princeton University students Malka Himelhoch, Jessica Lambert and Claire Wayner have been awarded Truman Scholarships, which provide up to $30,000 toward graduate school and the opportunity to participate in professional development programs to prepare for careers in public service.

The award “recognizes college juniors with exceptional leadership potential who are committed to careers in government, the nonprofit or advocacy sectors, education or elsewhere in the public service,” according to the Truman Scholarship Foundation. 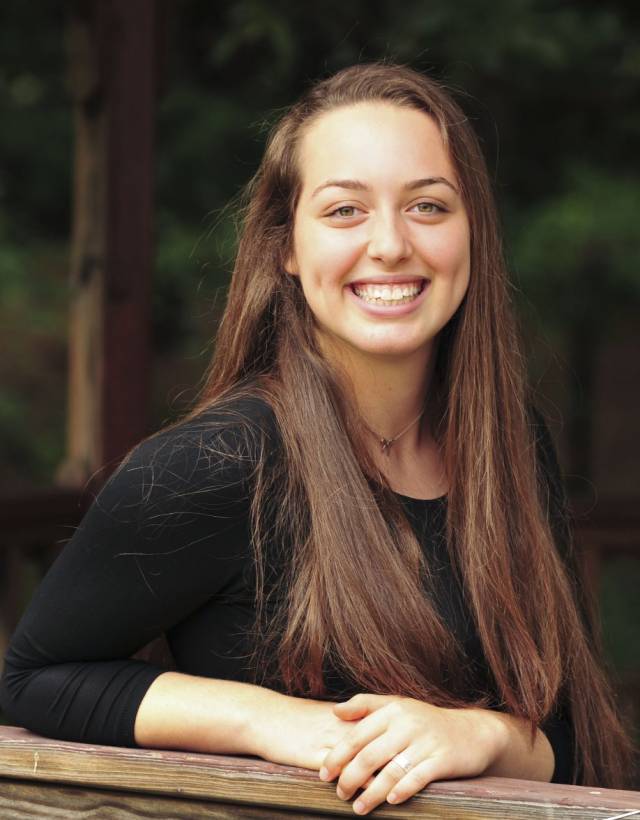 Himelhoch of Lexington, Kentucky, is a concentrator in religion and is pursuing a certificate in values and public life. She plans to use the scholarship to pursue a J.D. at Harvard Law School in order to represent survivors of interpersonal violence and eventually run an organization that helps survivors within religious communities in pursuing justice.

“Malka has a unique ability both to define a problem by synthesizing a huge amount of diverse material (in her thesis these materials included Yiddish and Hebrew newspapers, modern European, American, and legal history as well as legal and ethical theories) and to develop a creative and normative solution to this problem (in her thesis this is an argument about the abolition of state-sponsored marriage in the U.S., based on an analysis of religious freedom),” said Leora Batnitzky, the Ronald O. Perelman Professor of Jewish Studies and professor of religion. “These skills are those of an effective leader who thoughtfully studies problems from multiple perspectives and on this basis thinks outside of the box to come up with solutions, which, as is the case in Malka’s thesis, have a commitment to human equality as their guiding principle.”

Himelhoch is the recipient of a Streicker Fellowship, which she used to pursue a service internship in 2019 with Mavoi Satum in Jerusalem, a religious Israeli nonprofit that provides legal and psychological support to women whose husbands refuse to grant them divorces. She also has served remotely as an intern with the Kentucky Coalition Against Domestic Violence in Lexington, Kentucky.

Himelhoch is president of SpeakOut! (an organization that promotes safe, consensual and respectful sexual practices on campus and beyond), and she serves as a SHARE (Sexual Harassment/Assault Advising Resources & Education) peer.

A member of Butler College, Himelhoch is editor of Tortoise: A Journal of Writing Pedagogy and serves as a Writing Center fellow. In 2020, she received a Peter B. Lewis Grant to pursue a creative poetry project on Jewish women’s vernacular prayer in order to elevate voices that have been traditionally silenced. 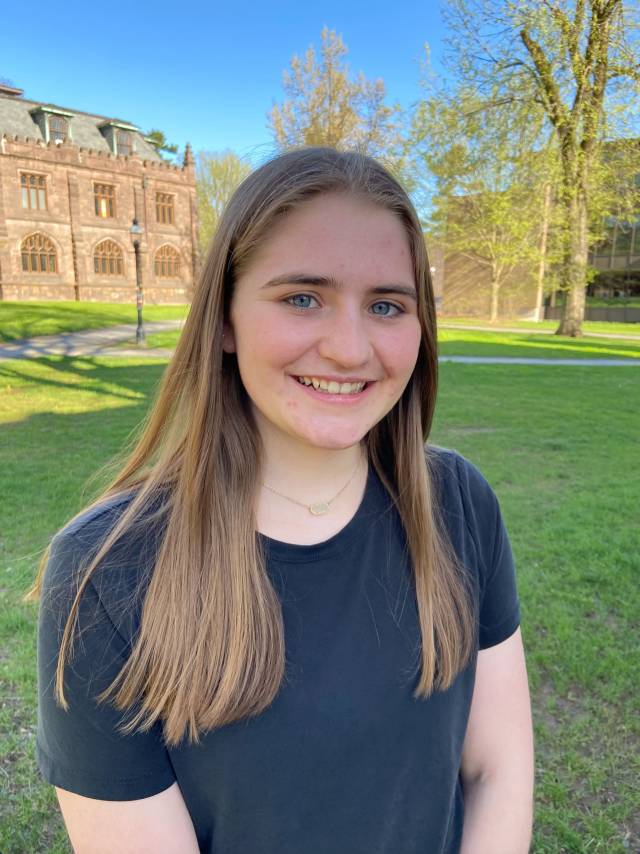 “Jessica is poised to become a significant scholar, researcher and representative of her tribe and Indigenous communities writ large,” said Ryo Morimoto, assistant professor of anthropology. “Through teaching and collaborating with Jessica and further sustained interactions, such as listening to the powerful speech she gave at the Princeton Climate Strike, I have learned about her passion for environmental justice and commitment to advocating for the rights of Indigenous peoples who have historically been subjugated and undermined.”

As a research fellow with Nuclear Princeton, an undergraduate-directed project facilitated by Morimoto and composed completely of American Indian and Native Hawaiian student researchers, Lambert has investigated how nuclear research, nuclear weapons testing and uranium mining have impacted Indigenous communities. As an air quality researcher for the Institute for Tribal Environmental Professionals, Lambert has worked with tribal professionals, policymakers and scientists to monitor air quality in McAlester, Oklahoma.

Lambert is a recipient of Princeton’s Shapiro Prize for Academic Excellence. She is a 2020 Udall Scholar, and also has been awarded the Ernest F. Hollings Scholarship from the National Oceanic and Atmospheric Administration, a Mellon Mays Undergraduate Fellowship and a Cobell Scholarship, among many others.

A member of Whitman College, Lambert is president of Natives at Princeton, and a co-founder and executive board member of the Princeton Indigenous Advocacy Coalition. She serves as an advising fellow with Matriculate, whose mission is “to empower high-achieving, low-income high school students to make the leap to our best colleges and universities.” She represents Princeton in the Ivy Native American Council and serves as co-president of the National Congress of American Indians Youth Commission. 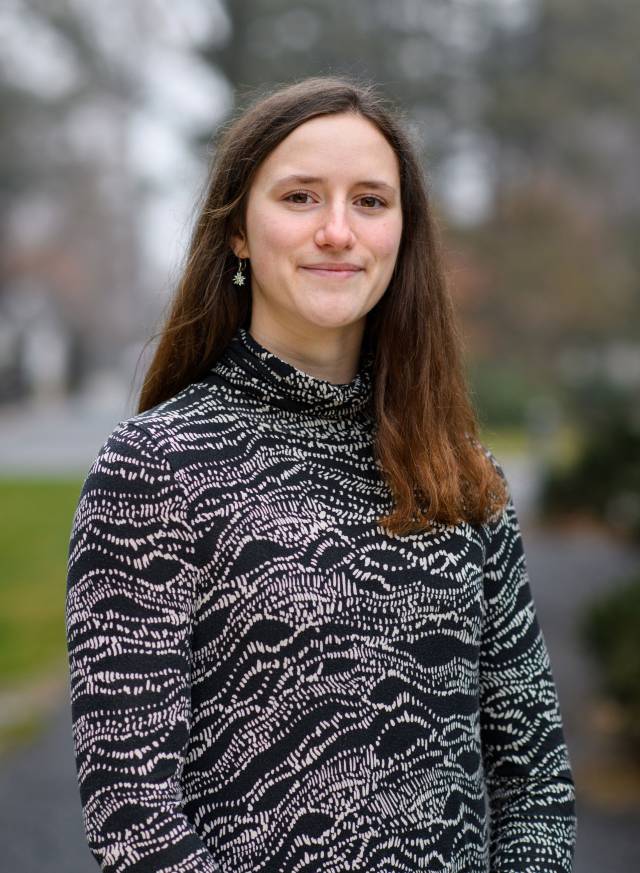 Wayner, of Baltimore, Maryland, is a civil and environmental engineering concentrator who is pursuing certificates in environmental studies and sustainable energy. She plans to pursue an M.P.A. in energy policy and work toward decarbonizing electric grids through sound policy and regulation.

“Claire is a smart, thoughtful, mature young woman with a passion for environmental problem solving and a desire to be a difference maker,” said Eric Larson, senior research engineer at the Andlinger Center for Energy and the Environment and a lead researcher of Princeton’s Net-Zero America study. “She is intellectually curious, creative and strongly motivated to pursue a career in sustainable energy. She certainly has the potential to grow to be a leader in this field.”

Wayner conducted research with Larson as part of the Net-Zero America Project, which aims to design decarbonization pathways for the United States by 2050. She works for Princeton’s Office of Sustainability and has interned at the National Renewable Energy Laboratory and the Federal Energy Regulatory Commission.

Wayner is a recipient of Princeton’s George B. Wood Legacy Sophomore Prize, which is awarded each year to members of the junior class in recognition of exceptional academic achievement during sophomore year, and the Shapiro Prize for Academic Excellence. She also was named a Udall Scholar and a Scholars in the Nation’s Service Initiative Omenn Darling Fellow.

A member of Forbes College, Wayner is co-founder of the Princeton Birding Society and also has served as president of the Princeton Student Climate Initiative, sustainability chair of the Undergraduate Student Government and an opinion columnist for the Daily Princetonian.

The Truman Scholarship Foundation was established by Congress in 1975 as the federal memorial to the 33rd president.