Esther “Starry” Schor, the Leonard L. Milberg ’53 Professor of American Jewish Studies and professor of English, has been appointed chair of Princeton University’s Humanities Council. She is also director of the Program in Humanistic Studies and the Stewart Seminars in Religion and serves on the Executive Committee of the Program in Judaic Studies. 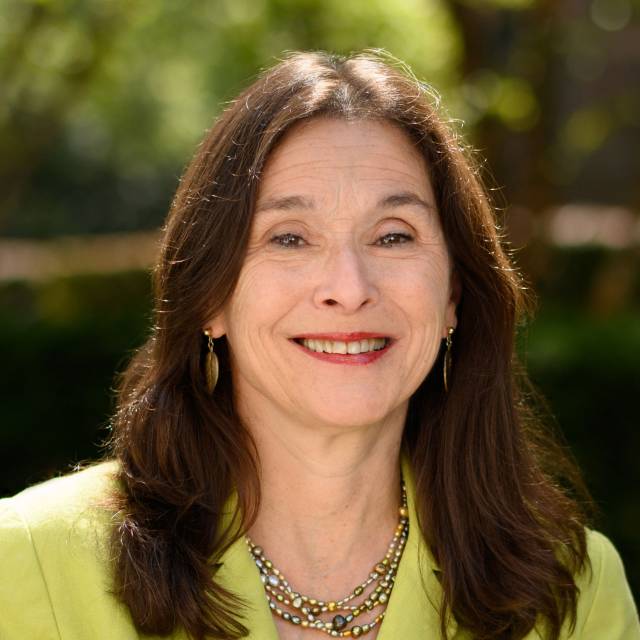 Her view of the council is centered on collaboration. “We like to say that the council is a crossroads, a meeting place, a hub for humanistic research and teaching on campus,” Schor said, referring to the council’s physical home at Joseph Henry House. “But the council is also an invisible network of conversation. It looks like two or three people at a table brainstorming, sketching a budget, sparking a plan for a campus-wide series, event or performance; it usually smells like coffee. In a deep sense, as Herman Melville wrote, the council ‘is not down on any map; true places never are.’”

Schor assumed her council duties July 1. Her teaching and research encompass two major areas: British Romanticism; and literature, scripture and religion. She has taught courses in Princeton’s yearlong Humanities Sequence — team-taught by professors from a variety of academic disciplines — in which students are immersed in texts that span 2,500 years of civilization. She also teaches in the Program in Judaic Studies.

Schor joined the faculty in 1986. She earned her bachelor’s in English and music, and her Ph.D. in English, from Yale.

Schor’s experience with the Humanities Council is well established. In 2015, she became the inaugural Behrman Professor at the Council. In 2017-18, she served as acting chair and was instrumental in the establishment of the Program in Journalism as a certificate program for undergraduates and hosted the 25th anniversary of the Humanities Sequence.

As chair, Schor aims to nurture the council’s increasing efforts to connect the humanities at Princeton with communities beyond the University.

“In the past two decades, the council has turned its face outward,” she said. “Our priorities include innovation and collaboration, confronting racism, global perspectives and public humanities. These last three priorities spotlight our deep commitment to social justice, to engaging new audiences, and to expanding our cultural and historical reach while building networks of scholars around the world.”

Schor’s goals for her time as chair are informed in part by her experiences as a teacher and international scholar. She said she has an “abiding commitment to bringing the humanities to nontraditional students,” including her students at East Jersey State Prison, whom she taught through Princeton’s Prison Teaching Initiative. Her work as the founder and co-director of the PIIRS Migration Lab requires worldwide collaboration with historians and social scientists on issues of immigration, racism, and language justice, and exemplifies her approach to the humanities. “My own life in the humanities has been global and public for years,” she said.

At the same time, Schor is mindful of upholding the council’s nearly 70-year history of offering interdisciplinary, cutting-edge scholarship and teaching within the University community. “We want to showcase the humanities for the Princeton community, especially incoming and first-year students,” she said. “To that end, we’re changing up our communications program and (spoiler alert!) launching our first-ever podcast this fall to bring new projects and new voices to the community at large.”

Schor succeeds Eric Gregory, professor of religion, who held the position of chair from 2016-21. “Leading the council in this past tumultuous year — a year of rage, bewilderment, fear, illness and isolation — was not easy,” Schor said, referring to the challenges brought about by the pandemic, “but Eric Gregory, Kathy Crown [executive director] and the entire council staff were equal to the challenge." The council’s response to the pandemic — including the creation of Rapid Response grants and reallocation of funds to those in need — gave humanists “tools to think with,” she said. “These are the tools with which we humanists expect the unexpected.”

Schor is a prolific writer across multiple genres. She is the author of “Bearing the Dead: The British Culture of Mourning from the Enlightenment to Victoria,” and the biography “Emma Lazarus,” which won the 2006 National Jewish Book Award and introduced her to writing for the international public. She edited the “Cambridge Companion to Mary Shelley,” and co-edited “The Other Mary Shelley: Beyond Frankenstein” and “Women’s Voice: Visions and Perspectives.” She has also published two books of poems.

Her most recent book, “Bridge of Words: Esperanto and the Dream of a Universal Language,” was published in 2016. She describes it as “both a biography of the Esperanto movement and a memoir of my research for the book.” The genre-crossing, interdisciplinary project took her around the world to learn from contemporary Esperantists and required learning a new language from scratch. Read a Q&A with Schor about the book on the University’s homepage.

Despite the difficulties of the past year, Schor remains hopeful: “As we emerge from a grim year and a half, it’s worth remembering to be on the lookout for marvels as well as disasters. Why just this morning I learned that breakdancing will be featured in the Paris Olympics in 2024. Who knew?”