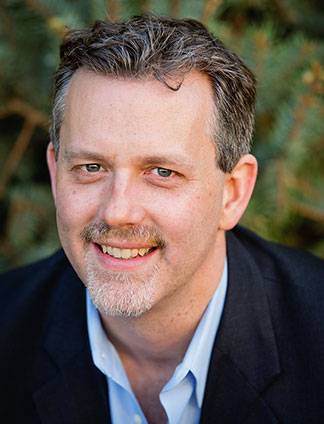 Eric Gregory, professor of religion, has been appointed chair of Princeton University's Council of the Humanities. He is also director of the Program in Humanistic Studies and the Stewart Seminars in Religion, serves on the Executive Committee of the University Center for Human Values and is a fellow of Whitman College, one of Princeton's six residential colleges.

"The Council of the Humanities has long served an integrative and innovative function at Princeton," Gregory said. "With 46 participating member programs and departments, it is home to a vibrant community of dedicated scholars and staff who advance Princeton's commitment to the centrality of the humanities for liberal arts education and research. I look forward to working with the administration, students, distinguished visitors and faculty colleagues in supporting this important work in diverse settings across the campus and beyond."

Gregory assumed his council duties July 1. A scholar of religious ethics, he joined the Princeton faculty in 2001 and was promoted to professor in 2009. He said his academic work "tries to build a bridge between late antiquity and contemporary discussions of issues in applied ethics, especially bioethics, the ethics of war, humanitarianism and the role of religion in public life."

He has taught a range of courses, including the large undergraduate lecture course "Christian Ethics and Modern Society," as well as the undergraduate seminars "Love and Justice" and "God and Politics." At the graduate level, he has taught "Political Theology," "Augustine and Augustinianisms," "Recent Jewish and Christian Thought" and "Love and Law," among others.

As chair of the council, Gregory will promote teaching and research in the humanities, overseeing a wide array of interdisciplinary programs that bring together faculty, students and distinguished visitors from many fields. In addition to leading the council of department chairs and program directors, he will focus on important policy issues and long-range planning in the humanities, including several initiatives:

• Research and teaching. Building upon the council's activities, Gregory hopes to increase collaborations across academic disciplines of the University, including artists and humanists, as well as the natural and social sciences. "We all need to continue to think creatively about how best to promote humanistic inquiry in a 21st-century context, especially in light of the recent Task Force Report on the Future of the Humanities" Gregory said.
• Humanistic studies. Noting the ever-increasing student interest in the yearlong, team-taught Humanities Sequence and the new certificate program in humanistic studies, Gregory said, "I hope to foster efforts to support the breadth and depth of this transformative interest for all students, further expanding new international and intercultural opportunities, and crossing different historical periods, regional boundaries and cultural traditions."
• Graduate scholarship. Gregory noted the critical role of graduate students in the study of the humanities at Princeton. "Training, mentoring and learning from our excellent graduate students is a key component of the council's mission, especially given the changing intellectual, interdisciplinary and institutional landscape of the humanities."
• Scholarship in the digital age. "As our faculty and students explore new media and technologies, from film studies to journalism, the council will serve as a hub for cross-disciplinary research and a catalyst for collaborative projects," he said.

The council, which marked its 60th anniversary in 2013, is a crossroads for artists and scholars, enabling students, faculty members and visiting fellows to engage in research and intellectual exchange in a broad array of interdisciplinary subjects.

At Princeton, Gregory has served as director of graduate studies in the Department of Religion and chair of the University's Public Lectures Committee. He also has served as a member of the Task Force of the Residential College Model, the Executive Committees of the Interdisciplinary Doctoral Program in the Humanities and the Stewart Seminars in Religion, the latter two under the auspices of the Council of the Humanities. Outside of Princeton, he serves on the board of directors of the Society of Christian Ethics and is a member of the journal editorial boards for Political Theology and the Journal of Religious Ethics.

Gregory is the author of "Politics & The Order of Love: An Augustinian Ethic of Democratic Citizenship" (University of Chicago Press, 2008). He is working on a new book, "What Do We Owe Strangers? Globalization and the Good Samaritan," which he said "addresses the scope and nature of moral obligations in a global age, particularly the ethics of humanitarianism."

He was awarded Princeton's President's Award for Distinguished Teaching in 2007, and publishes and speaks widely on issues ranging from Western religious thought to moral philosophy and political theory.