The fellowships support the students’ final year of study at Princeton and are awarded to one Ph.D. student in each of the four divisions (humanities, social sciences, natural sciences and engineering) whose work has exhibited the highest scholarly excellence. 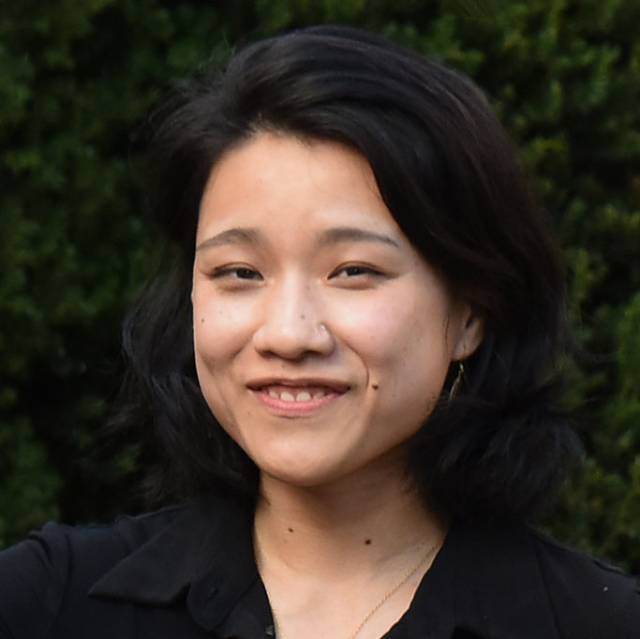 Erin Kado-Fong, a doctoral student in astrophysical sciences who came to Princeton in 2017, earned her bachelor’s degree in astrophysics with a minor in economics at Tufts University.

Her dissertation, “From Galactic Outskirts to Central Star-Forming Regions: a Census of Stellar Assembly in Dwarf Galaxies,” uses state-of-the-art data and modern cosmological simulations to address questions about dwarf galaxies, which are galaxies with a total mass in stars less than approximately 1% that of our Milky Way. Although dwarfs are the most common galaxies in the universe, these galaxies are difficult to study in detail given their low masses.

Kado-Fong developed sophisticated techniques to study how dwarf galaxies form and interact, how common they are in the universe, and what are their three-dimensional shapes, among other properties.

Kado-Fong is an active participant in three surveys: the Prime Focus Spectrograph Subaru Strategic Program, the upcoming five-year flagship spectroscopic survey of the Subaru Telescope; the Merian Survey, an ongoing imaging survey that will provide the first comprehensive view of the star formation activity and dark matter content of 100,000 dwarfs, of which she is a co-investigator; and the Hyper Suprime-Cam Subaru Strategic Program, the current Subaru flagship imaging survey.

After graduating, Kado-Fong said she will seek a postdoctoral position at a leading research university, where she will continue her research with a focus on data analysis methods for large-scale astronomical surveys.

“Erin has developed new tools and is leveraging amazing new data sets to understand this galaxy population,” said Jenny Greene, professor of astrophysical sciences. “Every project she’s done she has come up with the idea herself, she understands broadly what the community is interested in, and she understands how to be competitive with the tools that we have. She’s very good at figuring out what she calls the low-hanging fruit — the problems she can uniquely solve — and she’s been doing that.”

Kado-Fong is an organizer and volunteer observer at Princeton’s Peyton Observatory. She has served as a teaching assistant for the undergraduate course “Planets in the Universe” and as a mentor for the National Astronomy Consortium. She also served as a member of the astrophysics department’s climate committee for equity and inclusion. 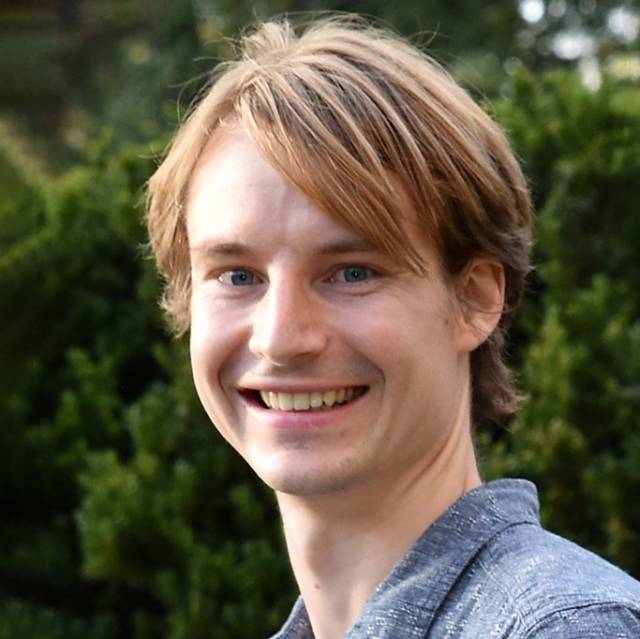 His dissertation, “Optimization Inspired Neural Networks for 3D Vision,” focuses on the fundamental problem of recovering 3D information from video. Current systems for 3D perception are not equipped to handle the challenges of arbitrary, unconstrained video. However, continued improvements in 3D computer vision have the potential to transform digital cameras into universal and reliable 3D sensors.

“I want to get this technology to a state where a lot of people are able to use it,” Teed said. “As I see it right now, these systems aren’t reliable enough to be used in safety-critical applications. What I’m most excited about is trying to improve the accuracy and robustness of these systems so they can be used safely in a lot of applications.”

Teed’s research already has improved the ability of computers to “see” and understand 3D environments in real time — what is known as computer vision. Among its potential applications are autonomous driving, robotics and filmmaking.

His paper, “Recurrent All-Pairs Field Transforms for Optical Flow,” on which he was first author and which he co-authored with Deng, won Best Paper Award at the 2020 European Conference on Computer Vision (ECCV), a prestigious publication venue for computer vision research.

After graduation, Teed plans to work as an autonomy engineer for Skydio. The company builds autonomous drones that can create 3D scans of large-scale structures such as bridges, buildings and power plants. The drones are also used by filmmakers to capture footage without needing to manually fly a drone.

“The best research work one can hope to do should be interesting, original and effective,” Deng said. “What’s amazing about Zach’s work in that it excels in all three dimensions. His approach is very innovative. At the same time, it works extremely well with real industry impact. That impact is immediate and widespread. Such a combination is very, very rare.”

Teed has served as an assistant in instruction for the Princeton undergraduate course “Advanced Computer Vision” and as a student coordinator for PIXL Talks. He is a member of the Princeton Running Club. 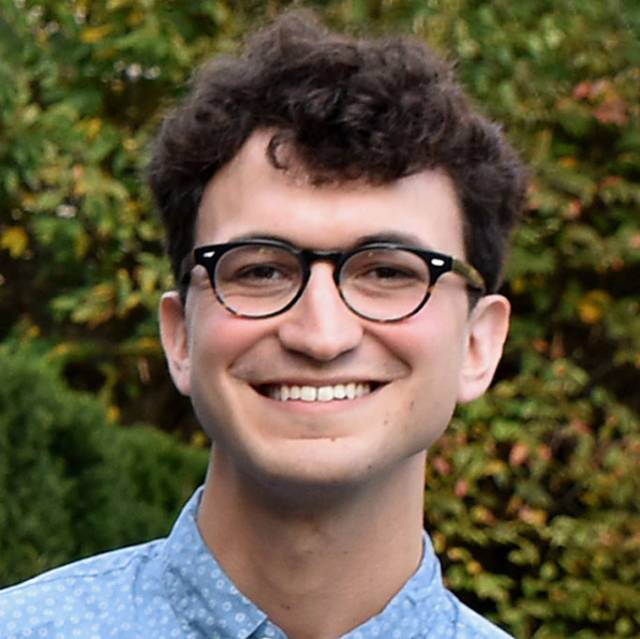 Spencer Weinreich, a doctoral student in history of science who came to Princeton in 2017, earned his bachelor’s degree in history at Yale University and an M.Phil. in theology from the University of Oxford. He has been named a junior fellow in the Harvard Society of Fellows for 2022-25.

His dissertation, “Slow Tampering: A History of Solitary Confinement,” explores solitary confinement from the 13th to the 19th century, offering sweeping perspective and demonstrating the origins of solitary confinement in monastic solitude and Christianity as an idealistic way to reform the individual.

“We live in an age of mass incarceration, and we live in a country that is imprisoning more of its people for longer than, for as far as we know, any society in history,” Weinreich said. “We’re not going to understand how we built this massive carceral structure and, hopefully, how we might get rid of it, unless we understand how it got there, why we think these systems work, and what it is we think they’re supposed to be doing, and then what it is that they actually do,”

Weinreich has worked with modern-day incarcerated individuals through Princeton’s Prison Teaching program, teaching world history through a partnership with Raritan Valley Community College. Weinreich said he remains committed to taking his scholarship beyond the bounds of the academy. He also said he hopes to amplify voices of the incarcerated in his work.

“It’s very rare to have a student who is a brilliant, high-tech historian of early times and who also has the humanity and the empathy to want to bring this into the present and to be sure that prisoners’ voices are among the voices on his page,” said Anthony Grafton, the Henry Putnam University Professor of History. “This is one of the things that makes Spence an extraordinary scholar and extraordinary person. Who Spence is and the work he does are connected at every point.”

Weinreich is editor and translator of Pedro de Ribadeneyra’s “‘Ecclesiastical History of the Schism of the Kingdom of England’: A Spanish Jesuit’s History of the English Reformation” (Brill, 2017), as well as the author of several peer-reviewed articles, book chapters and translations.

He has served as editor and contributing editor of JHIBlog (Journal of the History of Ideas), and as assistant editor of the Journal of Jesuit Studies.

Weinreich was a research and culture fellow for the Center for the Study of Religion at Princeton for the 2020-21 academic year. He served as assistant in instruction for the undergraduate course “Towards Modern Europe: Ancient Greece to 1600.”

Weinreich was the recipient of a Fulbright/FCS Swiss Government Excellence Scholarship for 2019-20. He was awarded the James L. Clifford Prize from the American Society for Eighteenth-Century Studies, as well as the Roy Porter Student Essay Prize from the Society for the Social History of Medicine.