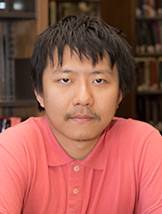 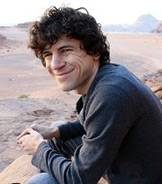 Photo courtesy of the Program in the History of Science 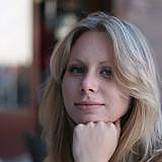 Photo courtesy of the Department of Comparative Literature 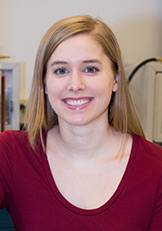 Yu Deng, Evan Hepler-Smith, Catherine Reilly and Kimberly Shepard have been named co-winners of the Porter Ogden Jacobus Fellowship, Princeton University's top honor for graduate students. The fellowships support the final year of study at Princeton and are awarded to students whose work has exhibited the highest scholarly excellence.

The Jacobus Fellows will be honored at Alumni Day ceremonies Saturday, Feb. 21, at Jadwin Gymnasium.

Deng, a doctoral student in the Department of Mathematics, earned his undergraduate degree from the Massachusetts Institute of Technology after transferring from the University of Peking in Beijing. He joined Princeton's graduate program in 2011.

Deng's dissertation explores the Benjamin-Ono equation, Klein-Gordon systems and Euler-Maxwell system. Professor of Mathematics Alexandru Ionescu said, "Yu Deng is not only a brilliant student, he is already an accomplished researcher, whose work has already had significant international impact."

Deng plans to conduct further research on global behavior of large solutions including Euler Maxwell and related equations. "I am planning on working on one of these problems in the future, by implementing the ideas and techniques in my previous research," he said.

Hepler-Smith, a doctoral student in the Program in the History of Science since 2010, received his bachelor's degree from Harvard University.

His dissertation, titled "Nominally Rational: Systematic Nomenclature and the Structure of Organic Chemistry, 1889-1940," examines the history and impact of the International Commission on Chemical Nomenclature, which established the framework for naming chemical compounds. Michael Gordin, the Rosengarten Professor of Modern and Contemporary History, said: "He is truly a stunning scholar. He moves from nuanced technical concerns to grand philosophical questions, grounding those in the nitty-gritty of factional politics, in the three languages of 19th-century chemistry (German, French and English), and with a lucid writing style to boot."

Hepler-Smith hopes to pursue a career in academia focusing on teaching the history of science and technology in the modern world, the history of chemical sciences and industry, and the history of information technology. "Whether squarely within the context of a history curriculum or in cross-disciplinary settings, I aspire to cultivate in my students an appreciation for how humanistic study can shed light on technical inquiry," he said.

Reilly, a Ph.D, candidate in the Department of Comparative Literature, holds a bachelor's degree from Yale University. She joined Princeton's graduate program in 2010.

Her dissertation, "Naming Disorder: Psychiatry, Diagnosis and Literary Modernism in Russia and Germany, 1880-1929," explains the multiplicity of German classification systems for mental illness that developed under the aegis of urban university clinics during the second half of the 19th century. Caryl Emerson, the A. Watson Armour, III, University Professor of Slavic Languages and Literatures, said: "She has the alertness of an onsite diagnostician, a valuable trait for a teacher, and combining hard data with soft or creative data doesn't derail her. It's expected that a Ph.D. student will make reasonable progress toward the degree. Less often does one find what we have in Cate."

Expecting to complete her dissertation this year, Reilly will continue working on collaborative projects. "In the coming year, my research will expand through access to rare primary sources related to late 19th- and early 20th-century classificatory systems for mental pathology," she said. "By combining archival work with close reading of Russian and German modernist authors, I will explore a parallel narrative to the case history, a narrative that raises provocative questions for the meaning of diagnosis."

Shepard, a doctoral student in the Department of Chemical and Biological Engineering who came to Princeton in 2010, holds bachelor's and master's degrees from the Stevens Institute of Technology.

Shepard's dissertation, "The Exceptional Properties of Glassy Plastics," studies the physics of glasses. Assistant Professor of Chemical and Biological Engineering Rodney Priestley said, "Kimberly is a dedicated and outstanding student and has fully embraced the graduate student experience in terms of research, teaching and mentoring of younger students."

After graduate school, Shepard hopes to pursue a career in academia. "Combining my strengths gained from time spent in academic and industrial research, I hope to use my career as a professor to inspire a lifelong enthusiasm for science in my students, which will serve them well regardless of their intended major and profession," she said.