Joshua Bennett, Kellen Funk, Carlee Joe-Wong and Rajesh Ranganath have been named co-winners of the Porter Ogden Jacobus Fellowship, Princeton University's top honor for graduate students. The fellowships support the final year of study at Princeton and are awarded to students whose work has exhibited the highest scholarly excellence.

The Jacobus Fellows will be honored at Alumni Day ceremonies Saturday, Feb. 20, at Jadwin Gymnasium. 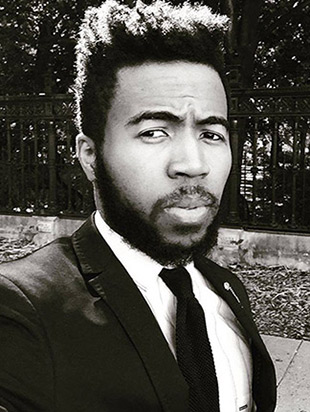 Bennett's dissertation, titled "Being Property Once Myself: In Pursuit of the Animal in 20th-Century African American Literature," takes as its central concern the affective economies, as well as the literary imagination, that have emerged from African American experiences of being treated as the socio-legal equivalents of nonhuman animals. Said his adviser, William Gleason, professor and chair of the Department of English: "Josh is one of the most talented graduate students to enter our program in many years. He is a true rising star, on track to become not merely a successful academic but also a field leader."

Bennett plans to pursue a career in academia. "In addition to my desire to eventually become a university professor, I also hope to continue my career as a poet, performance artist and arts educator after graduation," he said. "Beyond the classroom, it is one of my broader career goals to make a substantial set of contributions to the field of African American letters as both a scholar of the black literary tradition and as a practicing poet." 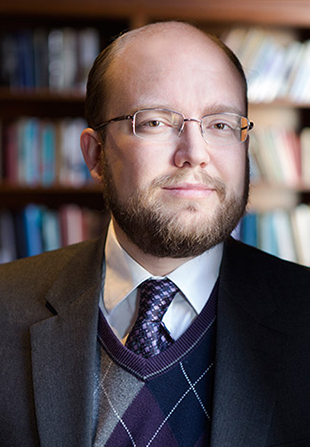 Funk, a Ph.D. candidate in the Department of History who came to Princeton in 2011, holds a bachelor's in history from Bob Jones University along with a juris doctorate from Yale.

Funk's dissertation, "The Lawyers' Code: The Transformation of American Legal Practice," explores the origins of legal trends, which largely began in 1850 when a commission of New York trial lawyers drafted a code that reoriented legal practice toward their interests. His adviser Hendrik Hartog, the Class of 1921 Bicentennial Professor in the History of American Law and Liberty and professor of history, said, "Kellen is at the beginning of major career as a legal scholar. He is, not to put too fine of a point on the matter, just enormously talented."

Funk plans on continuing a career in law. "Upon completing my dissertation studies in the summer of 2016, I will begin a series of clerkships in the federal courts," he said. "At the District Court for the Southern District of Texas I will be working with Judge Lee Rosenthal, a pioneer of modern procedures for electronic investigation in civil cases. I will then clerk for Judge Stephen Williams of the Court of Appeals for the District of Columbia circuit." 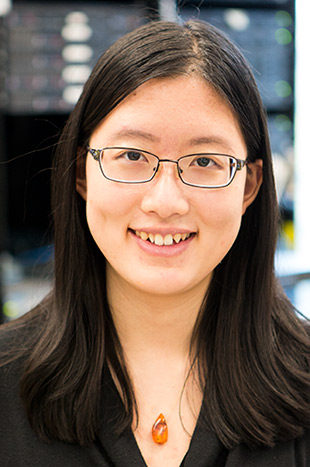 Joe-Wong, a doctoral student in the Program in Applied and Computational Mathematics since 2011, received her bachelor's and master's degrees in applied and computational mathematics from Princeton.

Joe-Wong's dissertation, "Smart Data Pricing: How will economics shape the Internet's future?" focuses on smart data pricing, which aims to better manage traffic on wireless networks by incentivizing users to change their data usage behavior so as to reduce network congestion. Joe-Wong's adviser, Mung Chiang, the Arthur LeGrand Doty Professor of Electrical Engineering and director of the Keller Center, said, "Rarely do we get to see a truly talented and versatile mind as Carlee's, a young star who we know will lead and define fields in decades to come."

Joe-Wong — who is a co-founder of the mobile data company Datami — plans to pursue a career in academia as a professor. "My experience in co-founding a startup, conducting user pricing trials with industry partners, and submitting proposals to funding agencies have provided further inspiration for solving problems that have practical impact. I plan to continue investigating such problems in the future as a professor," she said. 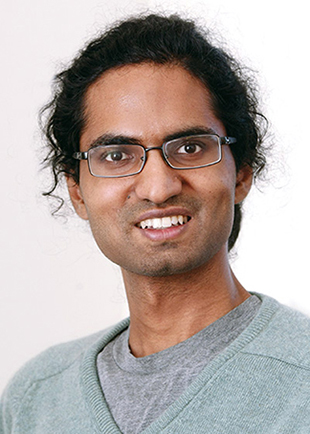 Ranganath, a Ph.D. candidate in the Department of Computer Science since 2011, earned his bachelor's and master's degree from Stanford University in computer science.

Ranganath's dissertation, "Probabilistic Latent Variable Models: Making them easier to use, developing new families, and solving problems in clinical medicine," develops new statistical methodologies, makes them more accessible to nonstatisticians, and addresses problems in clinical medicine. His adviser, David Blei, a former Princeton faculty member now a professor of statistics and computer science at Columbia University, said in his nomination: "Rajesh is the best graduate student I have ever worked with. He is a brilliant, articulate, collaborative, creative and dedicated superstar, and I expect he will become a world leader in our field."

After graduate school, Ranganath said he hopes to secure a position as a professor where he can, "develop new statistical methods, and advance clinical medicine through statistics on large datasets, while nurturing the growth of new statisticians and data scientists as a professor at a research university."