Martin J. Mannion ’81 and his wife, Tristin Mannion, have made a major gift to Princeton University that will help support undergraduate student expansion. Mannion Hall, a new dormitory in New College East, will welcome students in the fall of 2022. 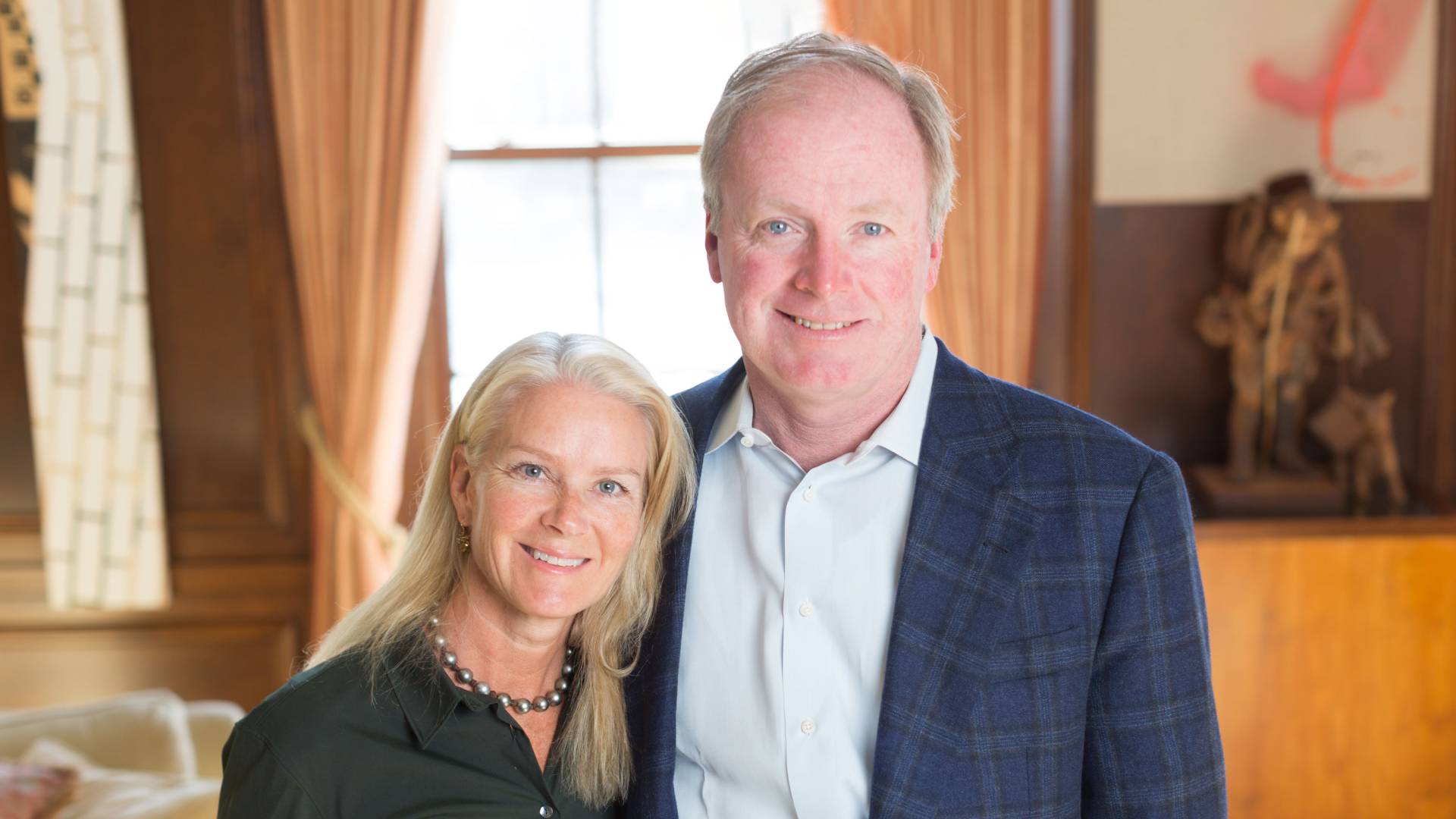 “Tristin and Marty Mannion are philanthropic leaders in the effort to expand student access from kindergarten through college,” said President Christopher L. Eisgruber ’83. “Recognizing the transformational impact that a Princeton education can provide, they have been thoughtful partners as the University expands and enhances its residential college system to support a greater number of talented students. We are deeply grateful to Tristin and Marty for their generosity and look forward to the opening of Mannion Hall.”

In August, the University will open its seventh and eighth residential colleges, New College East and New College West, adjacent to Poe Field along Elm Drive. The new residences will house approximately 500 students — a 10 percent expansion of the student body — allowing the University to admit more high-achieving students who will realize the benefits of a Princeton education, enhance the diversity and vitality of the campus community and contribute to society after their graduations.

“Princeton has had a huge impact on my family’s lives, and I am so grateful,” said Martin, the chairman of Summit Partners, a global growth equity firm based in Boston. “I grew up in a fifth-floor Bronx tenement, the son of Irish immigrants, and very soon, there will be a building on Princeton’s campus with our family’s name on it. Maybe some future students at Princeton will see Mannion Hall, learn that story and think, ‘I can do that, too.’”

“Supporting efforts to expand student access and affordability is important to us, due to our own experiences as students who received financial assistance,” said Tristin Mannion. “As a parent of Princeton students, I appreciate the transformative impact of a Princeton education and want to help extend those opportunities to more students.”

The residential colleges have shaped Princeton’s campus life since the current system was instituted in the early 1980s, and the colleges remain essential to Princeton’s mission and distinctive educational model. The colleges — which currently include Butler, First, Forbes, Mathey, Rockefeller and Whitman — are designed as “centers not only for living but for learning,” playing a formative role in developing student identity, campus community, and a collegial and collaborative environment.

Once New College East and New College West open in the fall, the University will close First College and begin to build Hobson College in its place. East and West Colleges will share some important features, such as dining areas and common spaces. Their location extends the University’s residential district southward to a point where the more formal landscapes of the central campus lead into the natural landscapes of Lake Carnegie. The proximity to other residential colleges — Butler, First and Whitman — and the recreational open space on Poe/Pardee fields will support interaction, engagement and a strong sense of community. Deborah Berke Partners, an architecture firm known for inventive and enduring buildings and spaces that enable community engagement, designed the new residential colleges.

“For more than 40 years, the residential college system has been the foundation of the Princeton undergraduate academic and co-curricular experience,” said Jill Dolan, dean of the college. “The construction of our new colleges on Poe Field allows the University to enhance and extend its mission as an inclusive, vibrant living and learning community. We are grateful to Tristin and Marty and the Mannion family for their commitment to future Princeton students. And we’re excited to welcome the Class of 2026 to Mannion Hall when its doors open for the first time in August.”

Martin is senior advisor at Summit Partners, where he’s worked since 1985, and chair of its board of managers. Over the course of his tenure, he has served as Summit’s chief investment officer, chief operating officer and managing director. He has led investments in and served as a board director of more than 35 companies, and he is currently a director of CareCentrix and Champion. After graduating with a degree in economics from Princeton, where he played varsity basketball, Martin worked as a systems engineer at IBM before earning his MBA from Harvard Business School.

Martin is board chair of Berklee College of Music in Boston and Up Education Network, a Massachusetts organization whose mission is to transform underperforming public schools into exceptional learning environments. He also serves on the board of Rockefeller Capital Management and as a trustee of Regis High School in New York City. He has previously served on the boards of Big Brothers Big Sisters of Massachusetts Bay, Belmont Hill School, Children’s Hospital Trust of Boston, Harvard Business School Board of Dean’s Advisors, and The Park School in Brookline, Massachusetts.

Tristin worked as an attorney at Deutsch, Williams and Peabody & Brown in Boston and is an adviser to the Martin J. & Tristin Mannion Charitable Trust. She serves as a vice-chair and trustee for the Institute of Contemporary Art in Boston and as a member of the board for VIA Art Fund. She also is a trustee for Phillips Academy in Andover, Massachusetts; and for the Buckingham Browne & Nichols School in Cambridge, Massachusetts.

“I think the world of Princeton,” Martin said. “It’s a special place because of the relationships you build during those four years on campus. And working to get through academically and athletically changed things for me. When I look back, I realize not everybody would have taken the chance on a kid with a heavy Bronx accent, polyester clothes and a mullet and given him the opportunity at one of the best schools in the world. And I am thankful for that.”