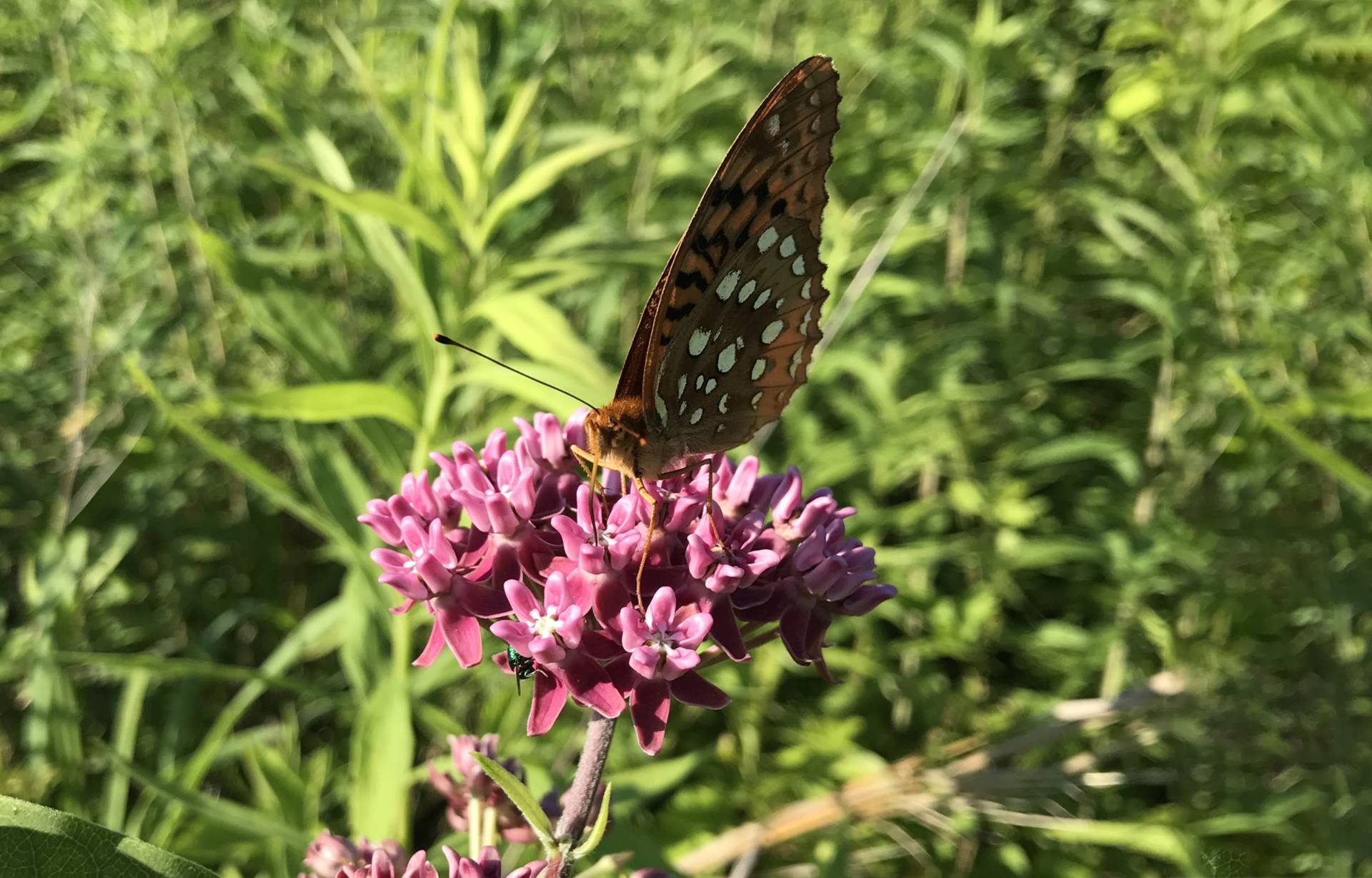 As pollinators like honeybees and butterflies decline worldwide, their loss is rippling out across entire ecosystems, report a Princeton-led team of researchers in the journal Nature. They found that when plants have to compete to woo pollinators, it poses a significant threat to biodiversity.

“Our study identifies an unexpected and insidious way in which the loss of some species in an ecological network can trigger the loss of still others,” said senior author Jonathan Levine, a Princeton University professor and the chair of ecology and evolutionary biology. “It suggests that ongoing pollinator decline may unravel the very fabric that keeps plant diversity stable.”

He and his colleagues found that a reduced number and variety of pollinators changes the competitive playing field in favor of plants that are better at competing for pollinators. This can in turn negatively affect the organisms that depend on whatever plants are lost. These ripple effects could be devastating for ecosystem health.

Ecologists know that many flowering plants compete to attract pollinators — which are essential for reproduction — in the same way that they compete for resources such as sunlight, water and soil nutrients. In a world where pollinators are declining, we would expect competition for pollinators to increase, but the implications of increased competition have been unclear.

If plants of the same species can monopolize pollinators when they are together — for example, by putting on showy floral displays as a group — then this would disadvantage rarer plant species and undermine their coexistence in the long-term.

“This study builds on years of work in our group designing field experiments to inform mathematical models that predict the coexistence or exclusion of species,” Levine said. “Here, these methods pay off in revealing the hidden impact of plant competition for pollinators on plant diversity.”

To experimentally remove competition for pollinators, the researchers used paintbrushes to manually pollinate some plants. Other plants were left to the whims of the local pollinator community, which consisted mostly of honeybees and bumblebees, plus some solitary bees and syrphid flies.

“Insect pollinators are much better pollinators than us, but they wouldn’t necessarily visit every plant,” Johnson said. “We were extremely faithful pollinators — we would pollinate every single flower, not just those that were abundant and showy, but also flowers that were buried by their competitors.”

At the end of the summer, the study team collected all the seeds produced by each plant, took them back to the lab, and “counted and sprouted them” to determine the number of viable seeds that actually produced a seedling.

Their results suggested that an overall decline in pollinators could affect some plant species more severely than others.

“Perhaps unsurprisingly, shrinking the pollinator diversity down to a single species at very low densities led to drastic drops in both pollinator visits to flowers as well as per-plant seed production,” Johnson said.

“It’s a bit of a cautionary tale that pollinator decline may have severe consequences for plants,” he said.  “As someone who’s been out in the field and pretended to be a pollinator and tried to pollinate those plants, I can say that the ecosystem service that they provide is tremendous. Insect pollinators can’t be easily replaced, and we really should be focused on conserving pollinator diversity.”