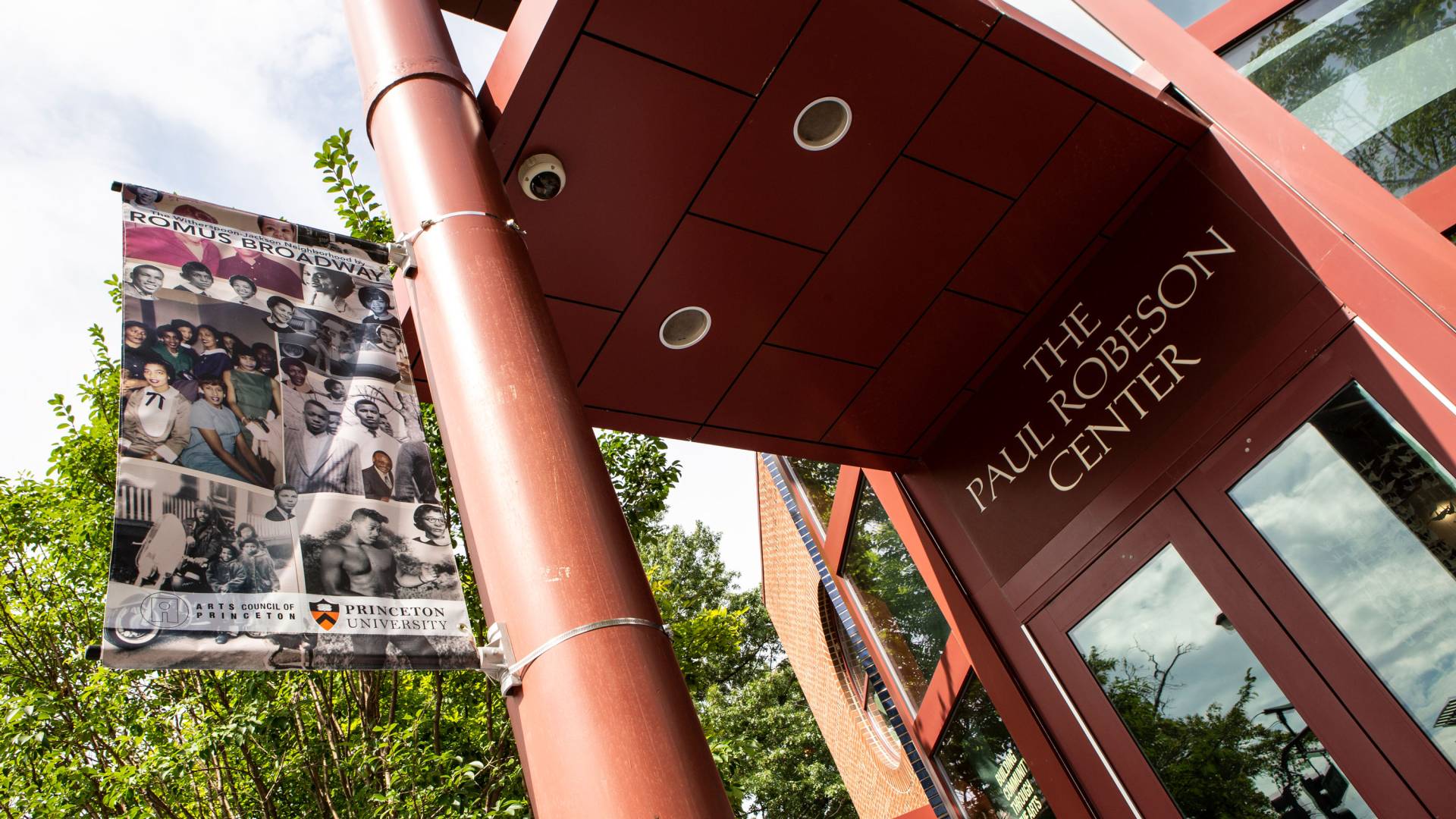 Photographer Romus Broadway documented life in the Witherspoon-Jackson neighborhood from the late 1950s through the early 2000s. A new exhibit of banners features his work.

Princeton University Library (PUL) and the Arts Council of Princeton have launched a public exhibition celebrating the history of Princeton’s Witherspoon-Jackson neighborhood. Drawing from PUL’s Romus Broadway photography collection, the exhibition features photographic collage banners that document Witherspoon-Jackson’s history and will adorn the neighborhood through May 2023.

The photos, which were acquired in fall 2021 by PUL’s Special Collections, were part of Romus Broadway’s work to document his beloved neighborhood. Born in Belle Mead in 1939, Broadway relocated to Princeton with his parents at the age of four. He graduated from Princeton High School, after which he served in the Air Force and worked for American Airlines until 1969.

Though he sustained career-ending injuries when he was struck by an impaired driver while riding his motorcycle, Broadway would earn a college degree from Amherst College and pursue his love for history and photography by researching his family history and chronicling the people and events in the Witherspoon-Jackson neighborhood.

For the last decade, the Arts Council has celebrated Broadway’s documentation at its annual Safe Streets event in August. After he died in 2020, Princeton University purchased the collection, which was then digitized under the guidance of Jennifer Garcon, PUL’s librarian for modern and contemporary special collections and curator of the exhibition.

The collection consists of about 90 photograph collage boards, 30,000 photographic negatives, 760 color slides and several hundred loose photographic prints that document the history of the Black community in the Witherspoon-Jackson neighborhood from the late 1950s through the early 2000s. The Romus Broadway photograph collection is undergoing processing with plans for full online exhibition as part of PUL’s digital repository. 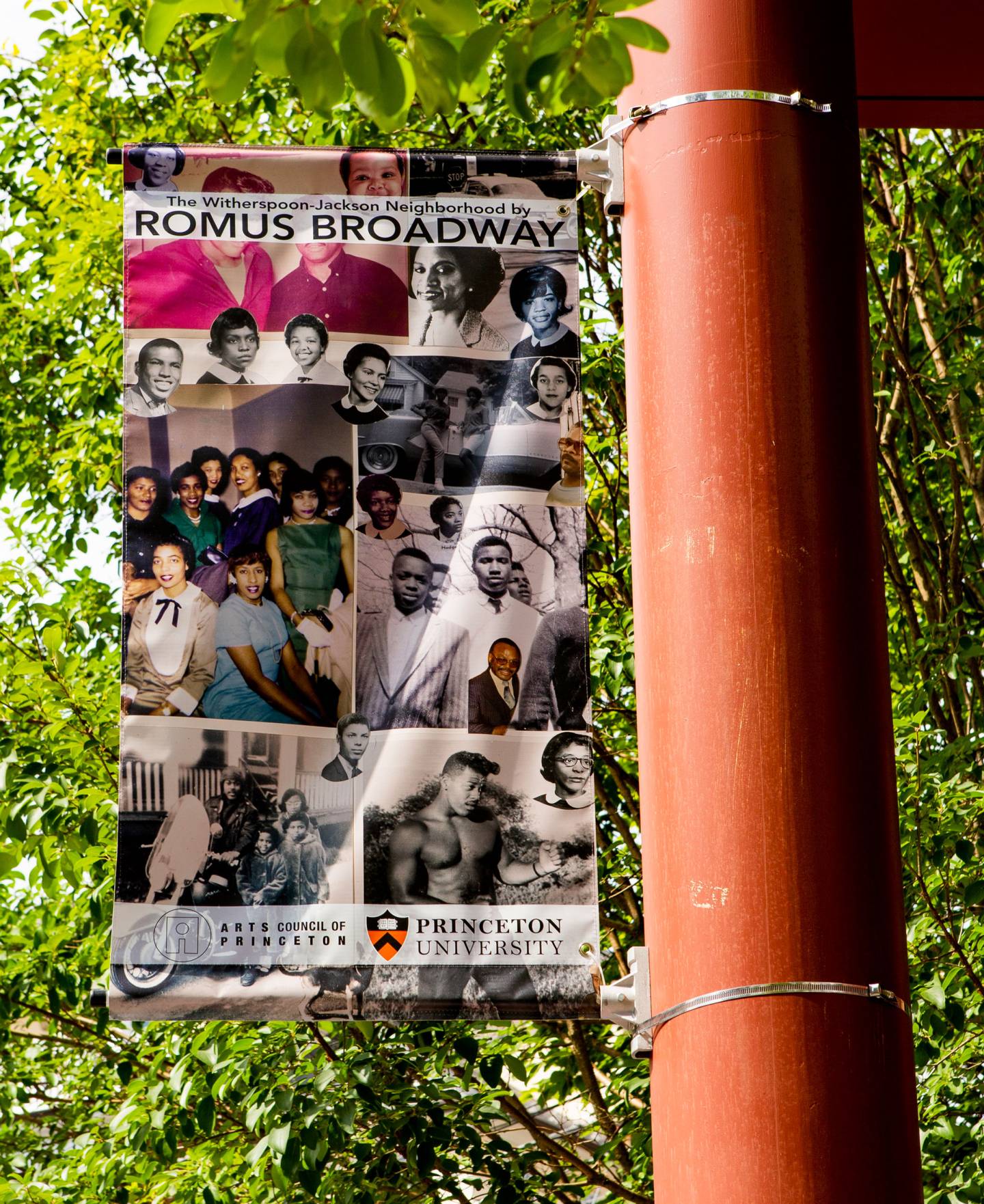 Princeton University Library (PUL) and the Arts Council of Princeton have launched a public exhibition celebrating the history of Princeton’s Witherspoon-Jackson neighborhood.

“Given the interconnectedness between the Witherspoon-Jackson neighborhood and its many residents who worked for the University, (the collection) encompasses both town and gown like no other part of Princeton,” said Dan Linke, University archivist and deputy head of special collections.

Linke met Broadway several years before his death to review his photographic collection with him. “After his passing, the family reached out to both the University Library and the Historical Society of Princeton (HSP),” Linke said. “We agreed that it merited long-term preservation, and, while the collection held potential for both institutions, together we very collegially decided that Special Collections was better positioned to acquire it and undertake the work that it deserved, including conservation and digitization.”

This collage exhibition is an outgrowth of PUL’s collaboration with HSP, the Arts Council, the Witherspoon-Jackson Historical and Cultural Society, and the Witherspoon-Jackson Neighborhood Association. To celebrate the launch of the public exhibit, Garcon gave the Jim Floyd Memorial Lecture about the Broadway Collection and post-custodial archiving and preservation on Aug. 10.

Floyd was the first African American mayor of Princeton Township, which in 2013 was consolidated with Princeton Borough into what is now the municipality of Princeton. The lecture is part of the Arts Council's Joint Effort Safe Streets 2022 programming.

The programming and the Romus collection offer an opportunity to better understand the community, especially as it undergoes rapid transformation amid re-development.

“Often we think something needs to be from the distant past to have value, but this collection documents something that will likely soon be gone,” Linke said. “This is the greatest single collection of photographs of the neighborhood, a special community not only within Princeton, but within New Jersey, with roots back to before the Revolution.”