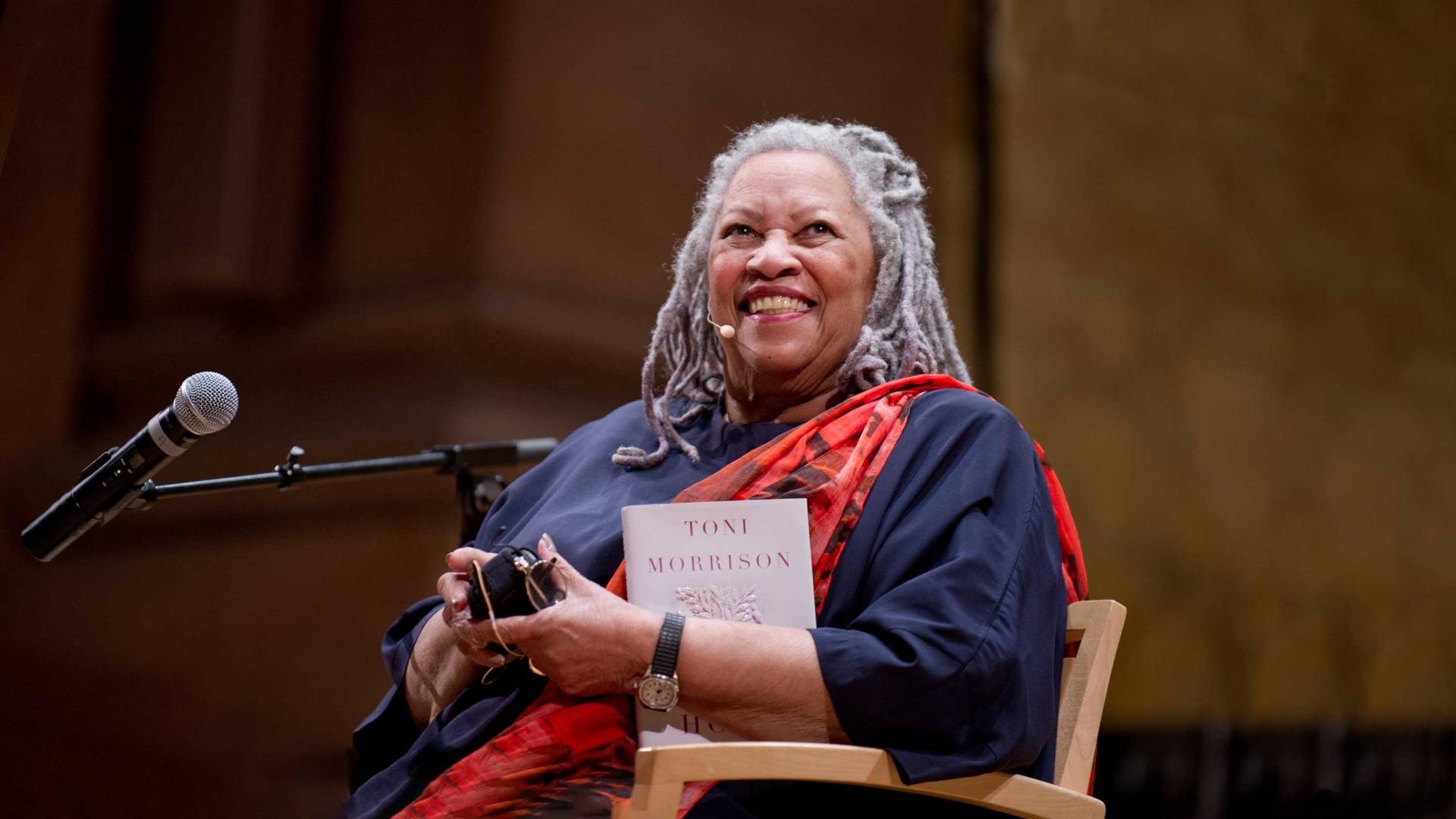 The late Nobel laureate Toni Morrison taught for 17 years at Princeton. A Princeton University Library exhibition drawn from her archive opens Feb. 22, with other exhibitions and events to follow.

Princeton University Library (PUL) will present a revelatory exhibition, “Toni Morrison: Sites of Memory,” excavating the creative process of writer and former Princeton University Professor and 1993 Nobel laureate Toni Morrison. Curated by Autumn Womack, assistant professor of English and African American Studies, the exhibition will be the center of a community-wide exploration of how Morrison’s archive continues to influence the past, present and future. 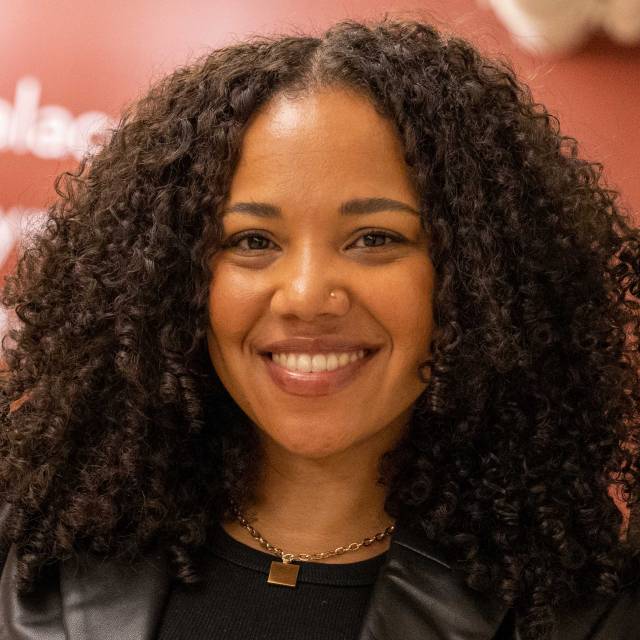 “Toni Morrison: Sites of Memory,” which opens at PUL’s Milberg Gallery on Feb. 22, (through June 4), will anchor a series of programs that include an art exhibition at the Princeton University Art Museum’s Art@Bainbridge with the renowned artist Alison Saar; newly commissioned performances responding to Morrison’s work presented by McCarter Theatre and Princeton University Concerts; a landmark three-day symposium that brings together over 30 writers and artists to reflect on Morrison’s relationship to the archive; public tours of "Sites of Memory"; children’s programming; a spring lecture series; and undergraduate courses on Morrison’s work. The library's website has details for visitors.

In all, the ambitious initiative suggests the enormous influence that Morrison had not only on Princeton — where she taught for 17 years beginning in 1989, later lending her name to Morrison Hall, home to the school’s Department of African American Studies — but also on the culture of American life.

“It is difficult to overstate the importance of Toni Morrison’s writing to American literature, art and life. This exhibition draws us toward the unexplored corners of her writing process and unknown aspects of her creative investments that only live in this archive,” said Womack. The Toni Morrison Papers archive includes 200 linear feet of research materials, manuscript drafts, correspondence, photographs and other ephemera that the University acquired in 2014. “In imagining this initiative — from exhibition to symposium to partner projects — I wanted to show the importance of the archive to understanding Morrison’s work and practice. But I also wanted to show how this archive in particular is a site that opens up new lines of inquiry and inspires new kinds of collaboration.” 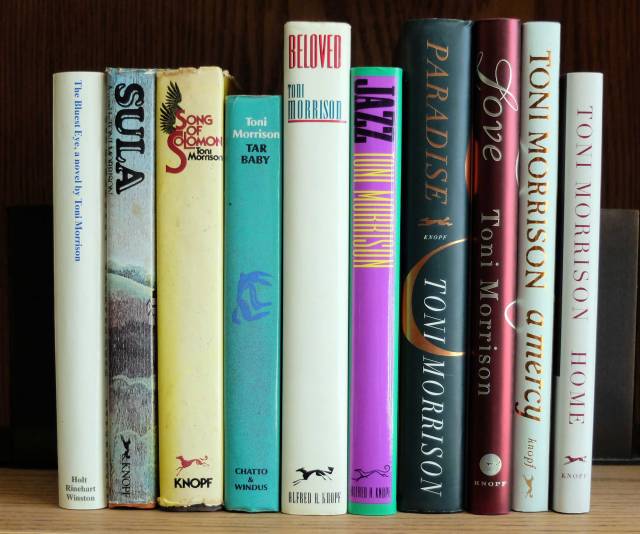 The Papers of Toni Morrison became part of the permanent library collections of Princeton University in 2014. The archive includes first editions of Morrison’s novels.

The PUL exhibition includes around 100 original archival items — most of them never before exhibited — curated into six categories. “Beginnings” charts Morrison’s emergence as a writer, editor and the author of “The Bluest Eye,” published in 1970. “Writing Time” draws from her day planners to emphasize the process of her craft, which she often honed in spare moments around her full-time career as an editor. “Thereness-ness” explores the role of place in her work and presents rarities such as drawings of architectural spaces for novels like “Beloved” and “Paradise.” “Wonderings and Wanderings” stages Morrison’s creative process from start to finish and reveals how Morrison’s published work holds a capacious archive of Black life. “Genealogies of Black Feminism” uses correspondence between herself and other Black women to excavate an alternate account of Black feminist thought in the 1960s and 1970s. “Speculative Futures” spotlights unfinished projects and unrealized possibilities that only live in the collection.

“This is an unprecedented opportunity to explore the legacy of Toni Morrison’s work and the remarkable impression she left on Princeton University,” said Anne Jarvis, the Robert H. Taylor 1930 University Librarian.

Artistry and the archives

To accompany the exhibition, the Princeton University Art Museum will present “Cycle of Creativity: Alison Saar and the Toni Morrison Papers,” which pairs writings and other notes from the writer’s archive with sculptures, prints and textiles by Saar to explore their joint dedication to voicing the spiritual practices, artistic techniques and historical truths of the many cultures that inform Black American experience. Three themes that animate the work of both artists — musicality, labor and ancestry — will guide the exhibition, which opens at the Museum’s Art@Bainbridge gallery in downtown Princeton on Feb. 25 (through July 9, 2023).

“By presenting selections of Alison Saar’s powerful work alongside the University’s rich collection of the Morrison Papers, we will have the rare opportunity to see the overlay between two creatively brilliant minds at work, manifest through their respective media,” said James Steward, Nancy A. Nasher–David J. Haemisegger, Class of 1976, Director of the Museum.

Meanwhile, McCarter Theatre — the Tony Award-winning performing arts center on the University’s campus — has commissioned the celebrated performance artists Daniel Alexander Jones and Mame Diarra Samantha Speis to spend time with the Morrison archive and create original works reflecting on her influence. Their first public offerings, to be held at McCarter on March 24 and 25, 2023, will present extraordinary ruminations on Morrison’s work that reveal its wide-ranging effects beyond the field of literature. 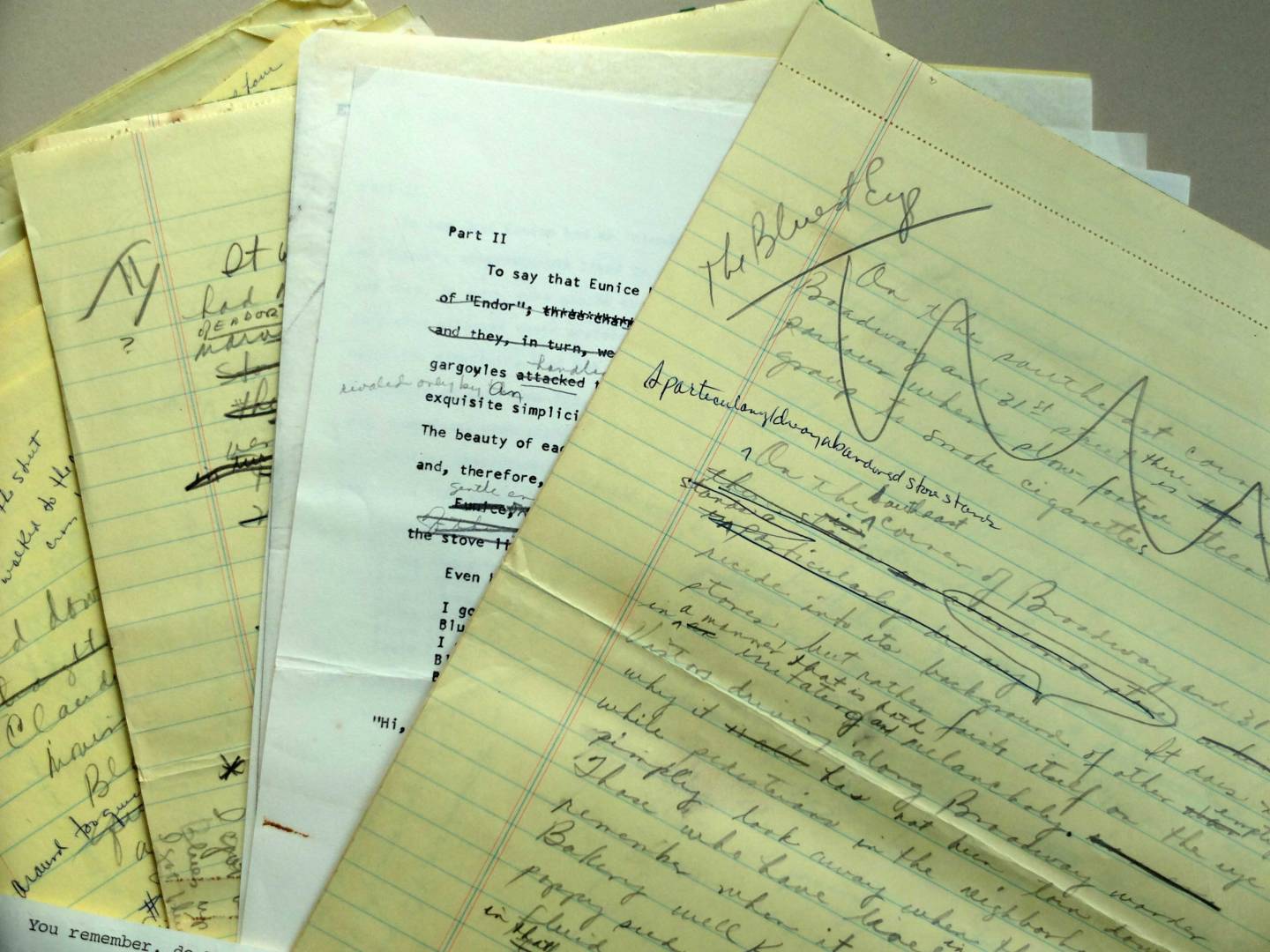 Princeton University Concerts will also co-present a newly commissioned work inspired by Morrison’s archive, created and performed by MacArthur Fellow and three-time Grammy Award-winning jazz vocalist Cécile McLorin Salvant. Two performances of this original composition will be held April 12 in hour-long programs with the audience seated on the stage of Richardson Auditorium in Alexander Hall on the Princeton University campus.

“It is thrilling to have such a rare, genre-defying artist as Cécile McLorin Salvant breathe into life the passion for music and interdisciplinary spirit that are so prominent in Morrison’s writing,” said Marna Seltzer, artistic and administrative director of Princeton University Concerts.

A symposium, lectures and more

In addition, a three-day symposium organized by Womack and Kinohi Nishikawa, associate professor of English and African American Studies, with funding through a Humanities Council Magic Project grant, is scheduled for March 23 to 25, 2023. “With a wide ranging group of scholars, writers and artists convening, the three days of symposium programming register the multidisciplinary and collaborative nature of Morrison’s oeuvre,” said Womack. The conversations will breathe new life into her work and chart future directions for scholarship on Morrison.

The Department of African American Studies will also present its Morrison Lectures in spring 2023, with Farrah Jasmine Griffith, a scholar and friend of Morrison, presenting new insights into and interpretations of her work. Public tours of Sites of Memory, children’s programming, and undergraduate classes round out the extensive series of programs, which extend into the fall when PUL opens "In the Company of Good Books: Shakespeare to Morrison," an exhibition that will feature objects from PUL’s expansive collections of English literature through four centuries, including Shakespeare’s first folio and previously unseen work by Toni Morrison.

Nationally, Morrison is also being honored in spring 2023 by the United States Postal Service with a commemorative stamp.

“There is not a corner of Princeton University, Black creative life, and cultural production that Toni Morrison has not impacted,” said Womack. “This initiative, we hope, will begin to bring to the surface new aspects of that wide impact.”

The Princeton University Library exhibition is curated by Autumn Womack, Assistant Professor of African American Studies and English with curatorial contributions from Jennifer Garcon, Librarian for Modern and Contemporary Special Collections, Rene Boatman, Technical Administrative Assistant, Special Collections, Kierra Duncan, graduate student, Department of English, Andrew Schlager, graduate student, Department of English. It will be open to the public Monday through Friday from 10 a.m. to 6 p.m. and Saturday and Sunday from noon to 6 p.m. Feb. 22 through June 4. The accompanying catalog is funded by the Friends of the Princeton University Library.