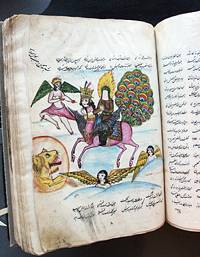 Among the works that will be included in the Islamic manuscripts and digitization project is this chronicle of Islamic history from the 18th century, a gift from Richard and Rosalie Norair, both members of Princeton’s class of 1976.

At left: This Arabic botanical manuscript from the 15th century is part of the Robert Garrett Collection donated to the University in 1942.

Below left: The Garrett Collection also includes this Quran written on parchment in Kufic script from the ninth century.

The University library is embarking on a four-year project that will make its extensive collection of Islamic manuscripts more accessible to patrons and scholars.

The manuscripts, which make up the largest such collection in North America and one of the finest collections in the world, will be cataloged and digitized through an undertaking funded by the David A. Gardner ’69 Magic Project.

The library holds some 11,000 volumes of Arabic, Persian and Ottoman Turkish manuscripts in its Department of Rare Books and Special Collections. Two-thirds of the manuscripts were donated to the library in 1942 by Robert Garrett, a member of Princeton’s class of 1897, and the library has continued to build on that collection. 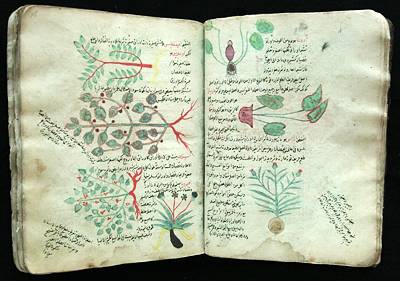 The manuscripts date from the early centuries of Islam in 700 and 800 A.D. to the fall of the Ottoman Empire in the early 20th century. The subject coverage is encyclopedic, including history, biography, philosophy, theology, law and jurisprudence, language, literature, book arts and illustration, learned and popular magic, astrology, astronomy, mathematics, medicine and other aspects of the intellectual and spiritual life of the Islamic world

“The collection includes representative works of virtually every important Muslim thinker as well as many unpublished, extremely uncommon or unique works of scholarly interest,” said Don Skemer, curator of manuscripts.

Skemer, who will direct the project, said the new support will allow Princeton to move beyond the existing patchwork of old, inconsistent and sometimes inaccurate printed catalogs that were completed between 1904 and 1987. In the past decade, these large books have been supplemented by scattered online descriptions and a “Preliminary Checklist of Uncataloged Islamic Manuscripts.”

Two Near Eastern studies specialists will be hired as manuscripts catalogers and charged with producing complete, accurate and consistent cataloging that will be searchable online through Web-based bibliographic utilities. The online bibliographic records will serve as the backbone for a Princeton digital library of Islamic manuscripts, which will be made accessible worldwide at no charge to users.

“This project will be a boon to scholars, students and librarians,” said President Shirley M. Tilghman. “Without adequate access, the wealth of knowledge contained in collections of this kind is as good as lost. Now, thanks to the Magic Project, we have a chance to shed real light on one of the Princeton University library’s most important treasures.” 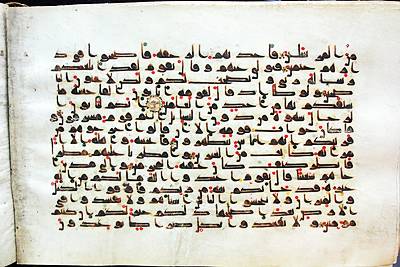 Lynn Shostack, who created the Magic Project in memory of her late husband, David Gardner, a 1969 Princeton graduate, said she enthusiastically supported the library’s decision to take on this project.

“To me, the project exemplifies Princeton’s commitment to be of service to the global community,” Shostack said. “This priceless collection of Islamic manuscripts has been protected and preserved by Princeton for more than 100 years. Now it will be more accessible to scholars all over the world. In this way, free of all political bias, Princeton will open its doors to all who seek greater knowledge and understanding of the rich history and heritage of Islam and, it is hoped, contribute to an equally rich intellectual and scholarly exchange among nations.”

The project will cover the cataloging of all of the manuscripts, which involves creating bibliographic records containing basic descriptive information that helps researchers decide whether to order microform copies or to visit the library in person.

The support also will enable the staff to digitize 200 of the manuscripts. These will be selected by library staff in consultation with an academic advisory panel, including several Near Eastern studies faculty members. The digitization involves linking searchable bibliographic descriptions to complete digital facsimiles of the selected manuscripts, which scholars will be able to view and study from anywhere in the world.